As the pleasures dwindle down to a precious few: telephone calls to distant friends, wine, and books, at least I still have my ducks. While the number of mallards at Botany pond has been steady at three to four (two hens, Honey and Dorothy, and one or two Weinsteins), today, as a light snow fell, two more drakes joined the pack. This means a lot of inter-drake fighting and hens interrupting their meals to chase the interlopers as well.

As of two days ago, however, all was well. Here’s Honey, Dorothy, and their boyfriend/guard resting on the bank the other day. 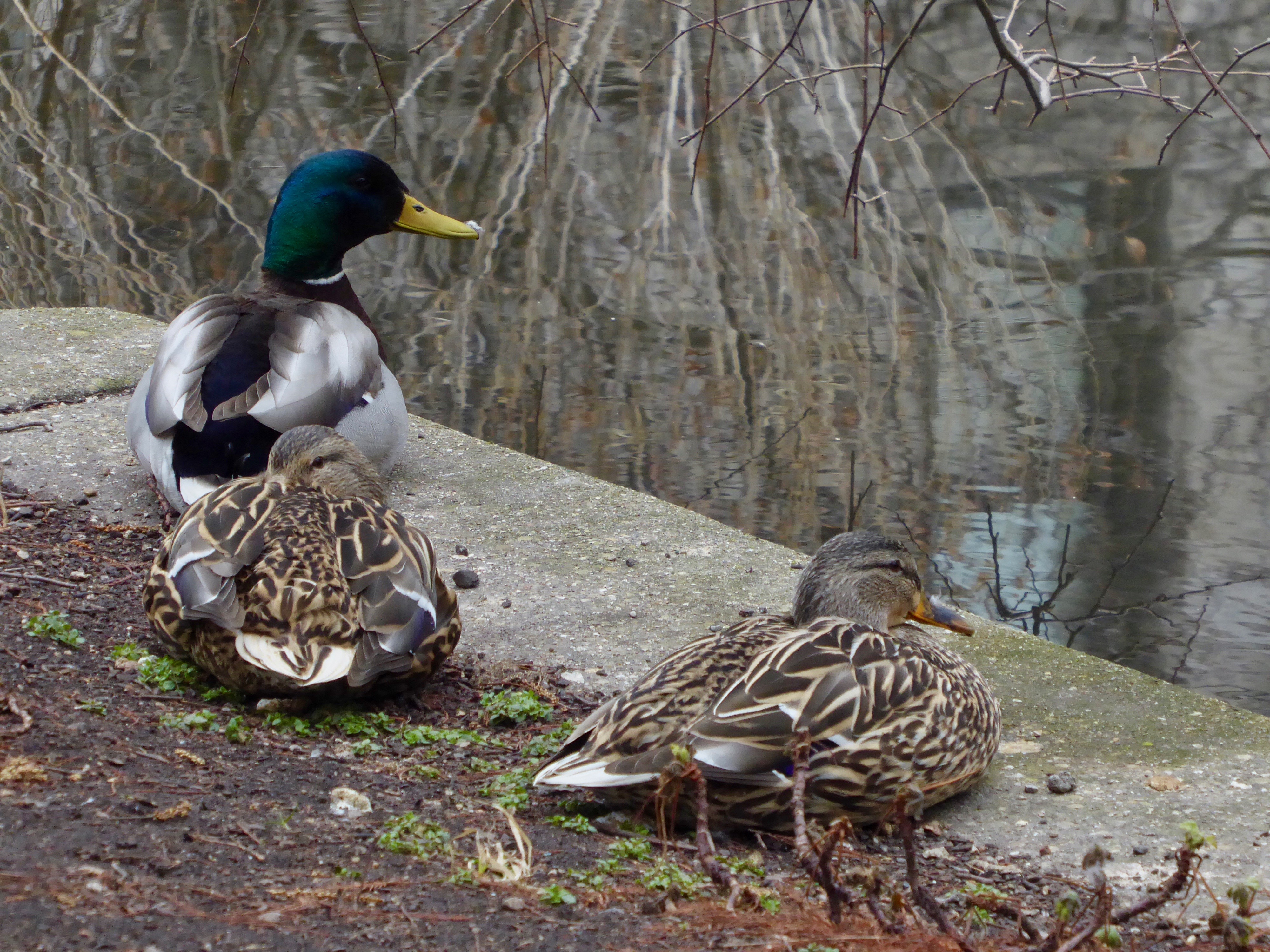 Here’s the bachelor drake who’s never allowed to go near the other ducks. I feel sorry for him. I did, however, ensure he was fed. He’s a handsome lad, and I’m not sure on what basis the females prefer the Lothario above rather than him. (Prum will tell you “beauty”, but he doesn’t know.) 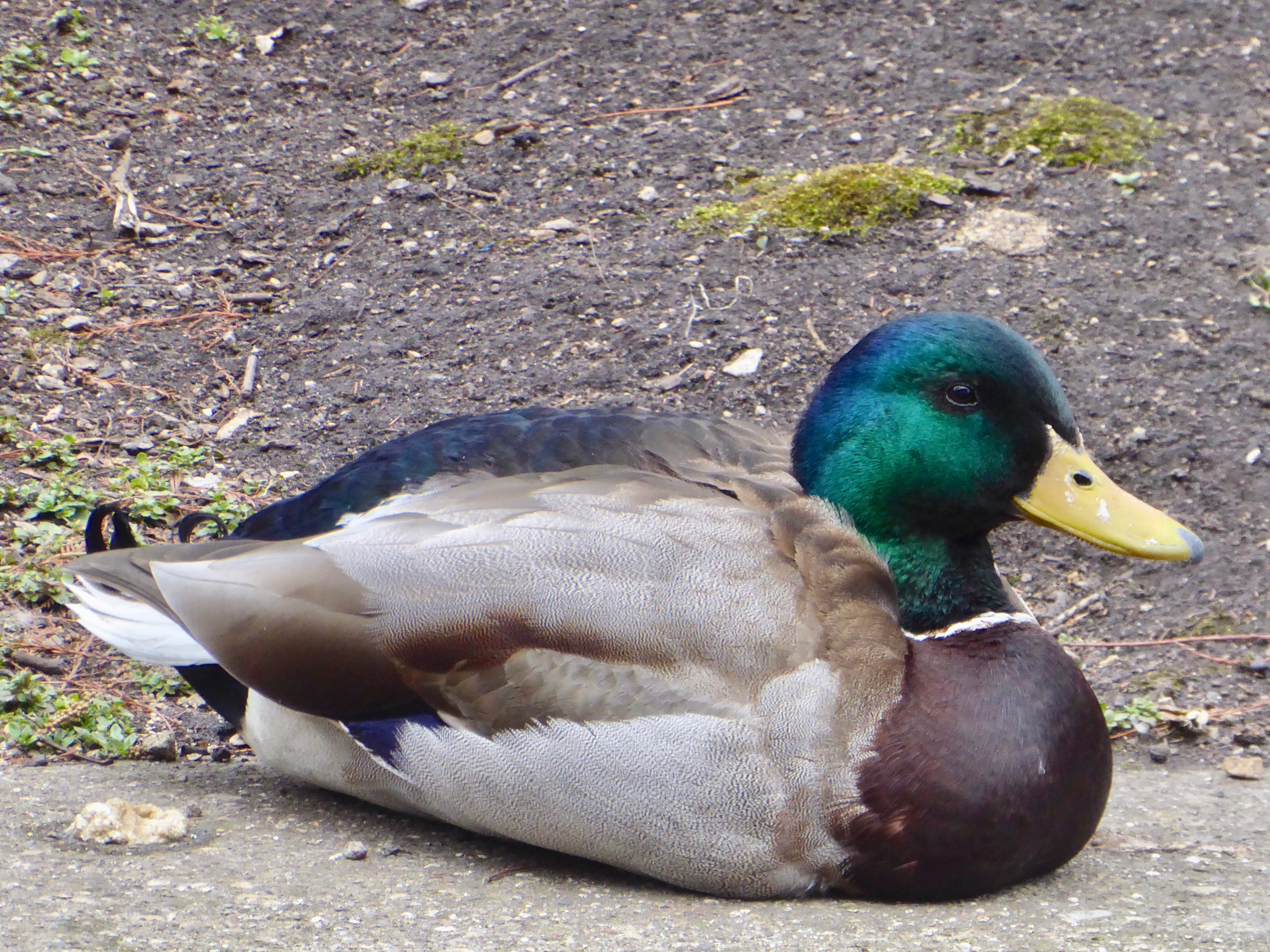 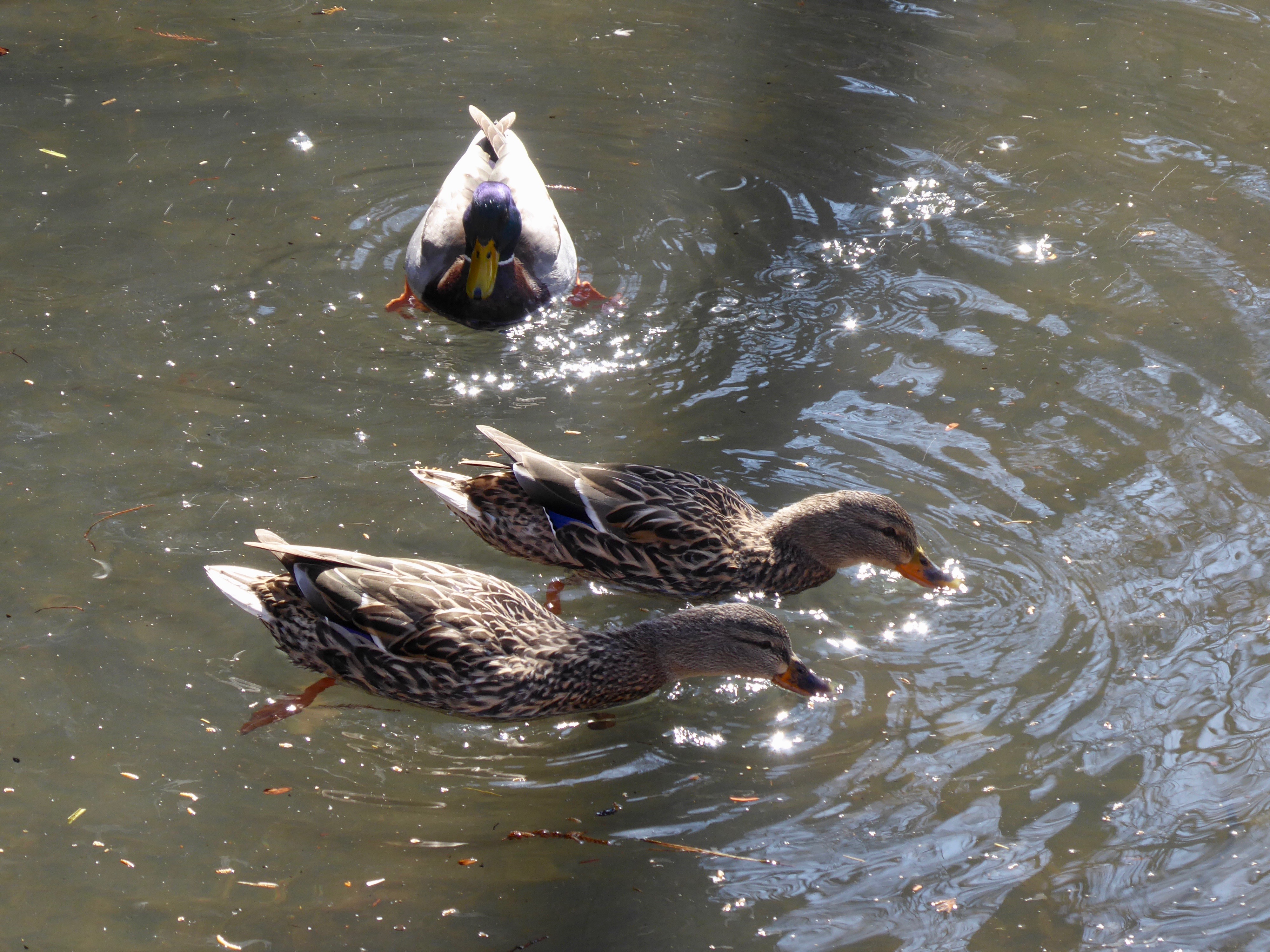 Here you can clearly see the differences in their bills: Honey (foreground) has a darker a more stippled bill. Dorothy (rear) has a black dot under her nostril on the right side: 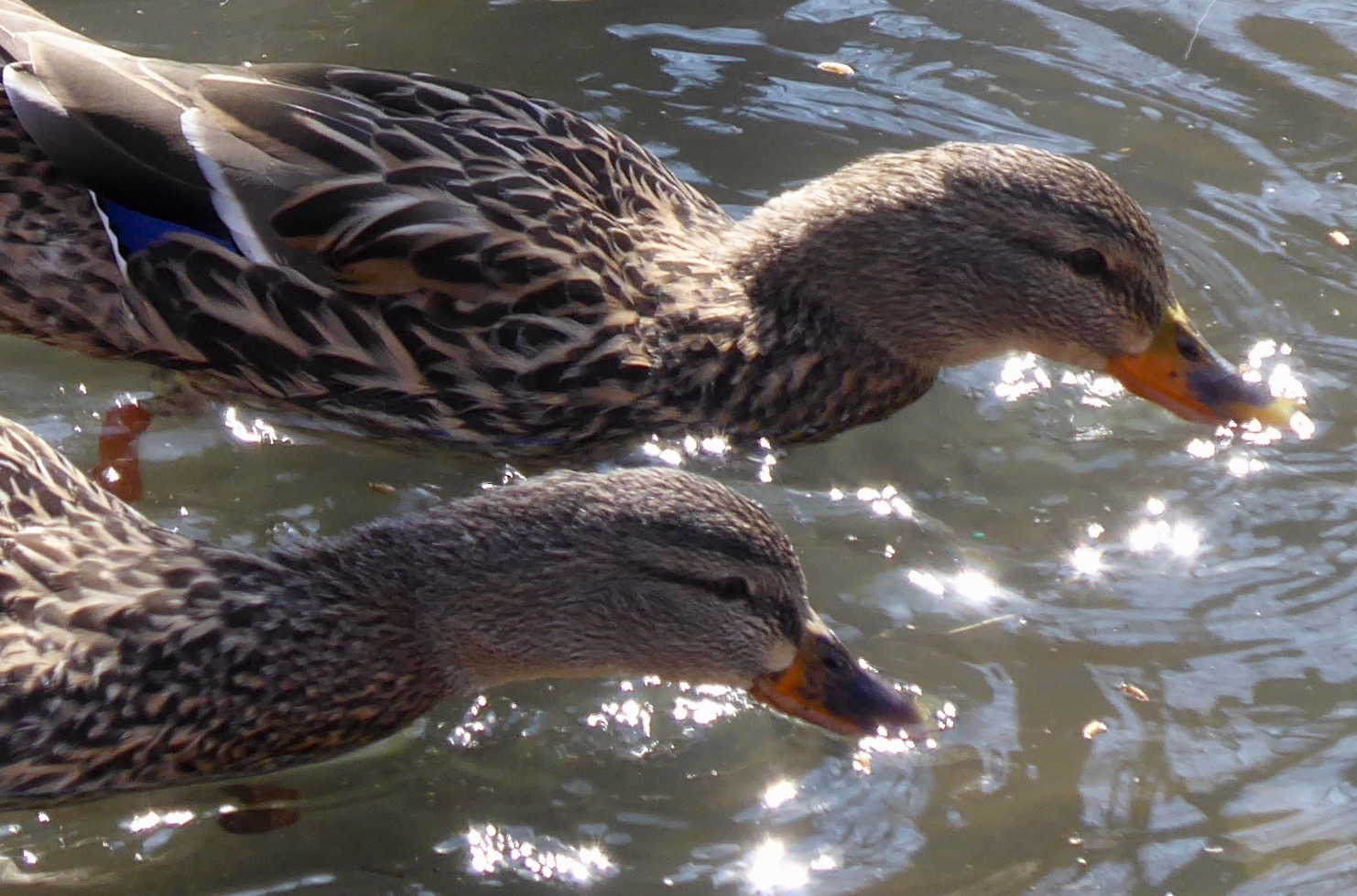 Many times there’s a whole lotta quacking going on. Here’s Honey sounding off for reasons best known to herself. Notice her cute glance upwards at 38 seconds in. 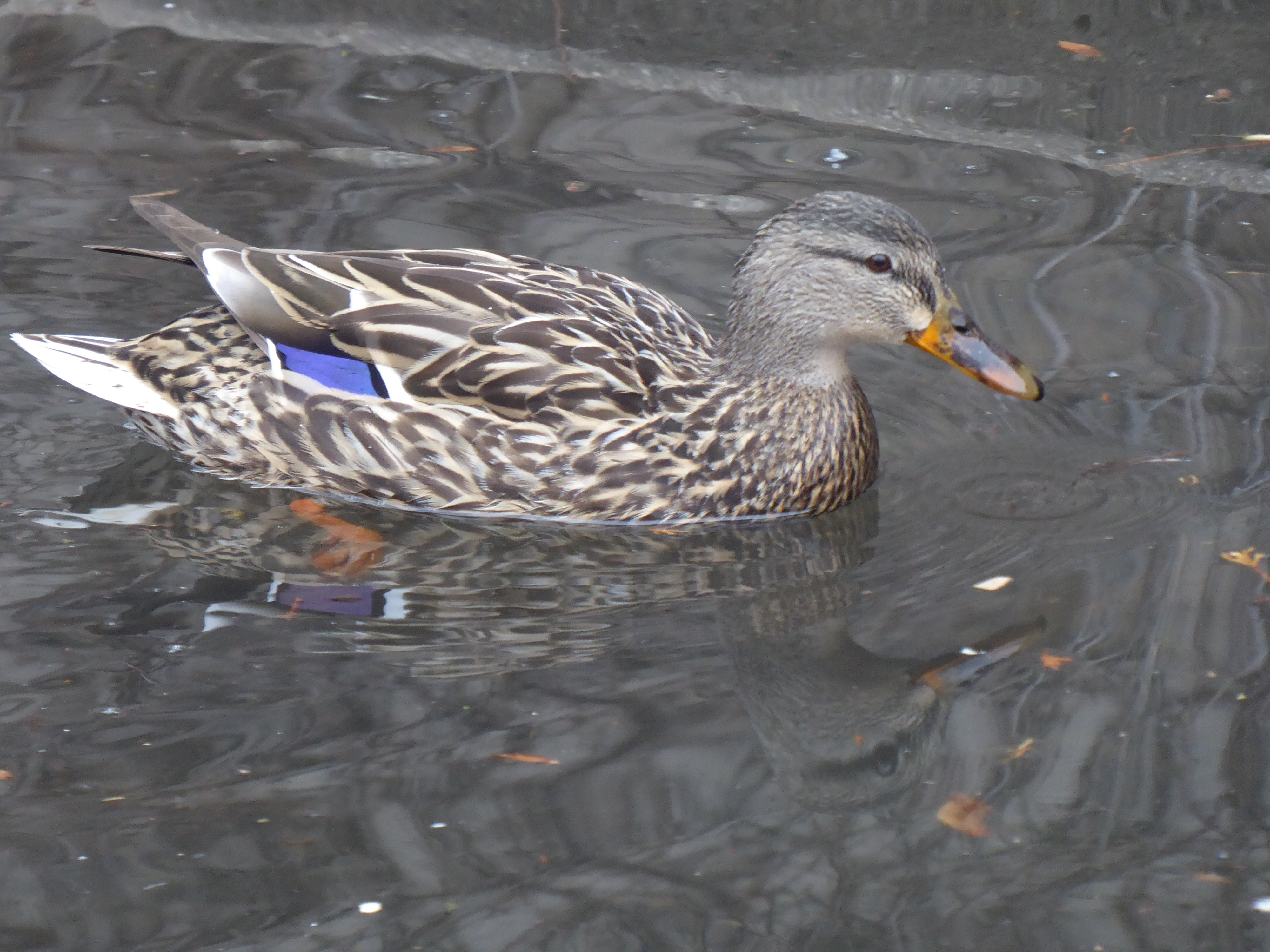 Note the pattern of stippling on her beak, and the dark triangle where the upper right part of her bill meets the head. There is also a pattern of dots curving down from her nostril. 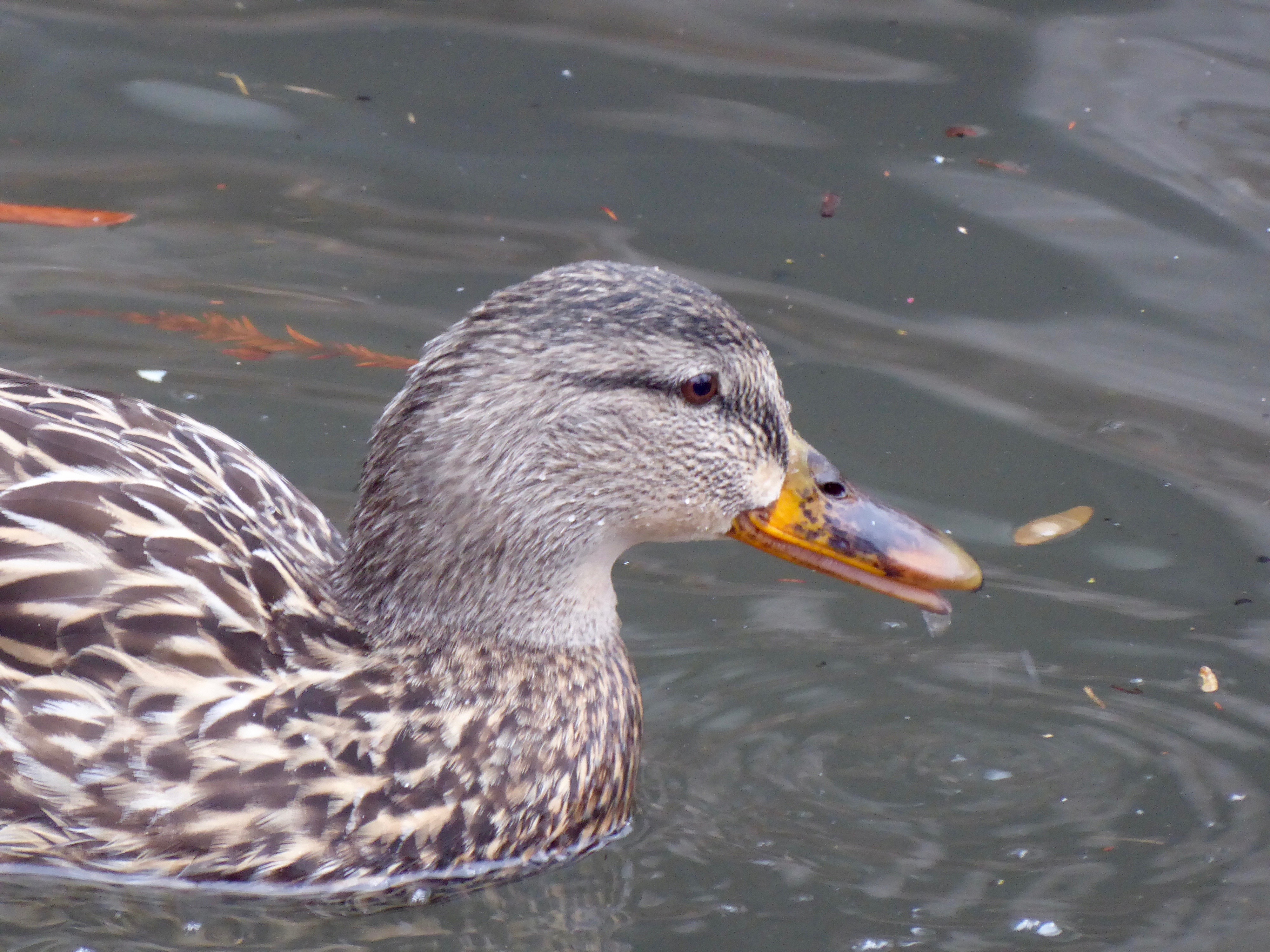 In contrast, Dorothy has much more orange on her bill and a prominent black dot below her nostril: 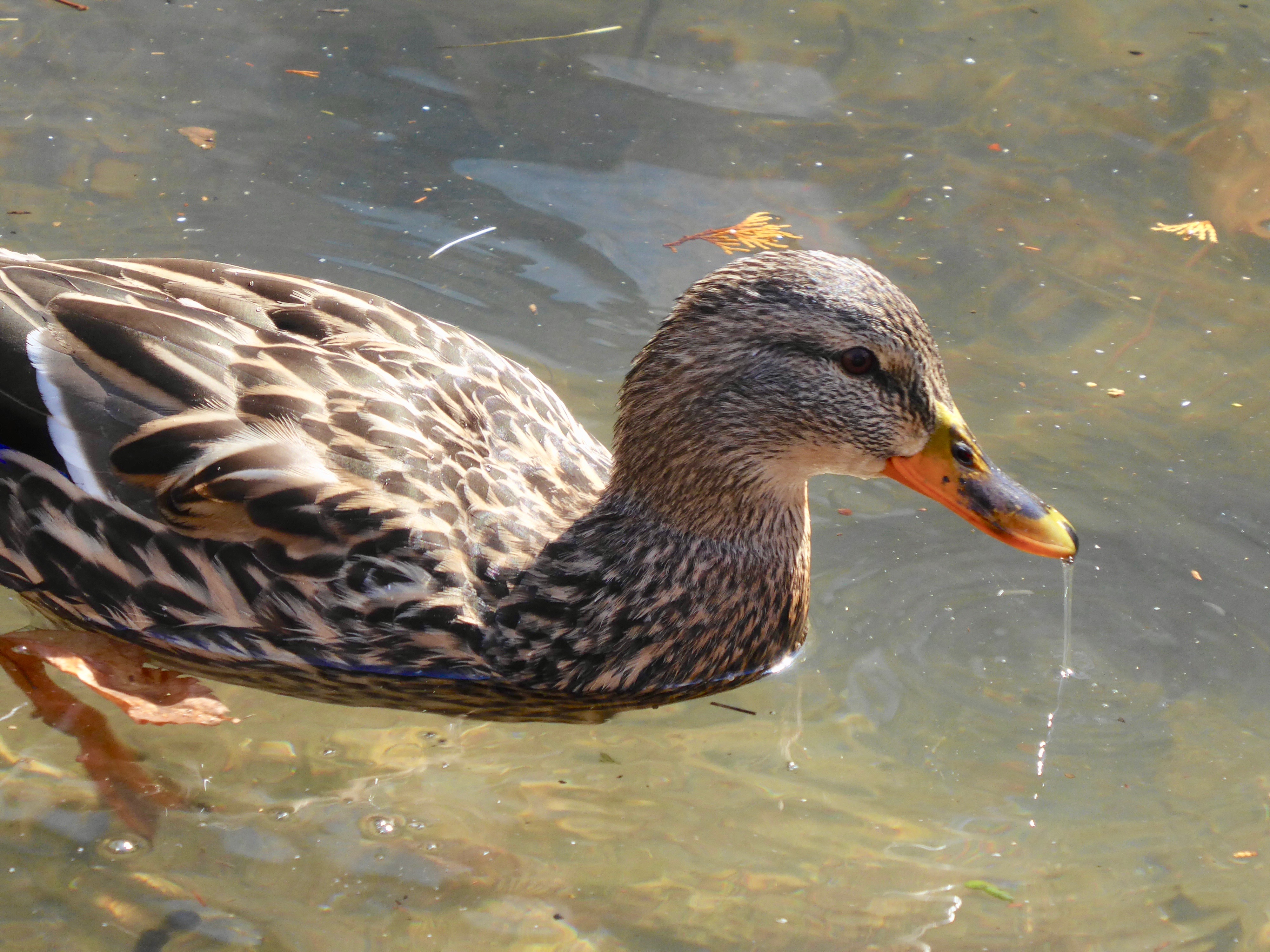 A closer view of Dot’s dot: 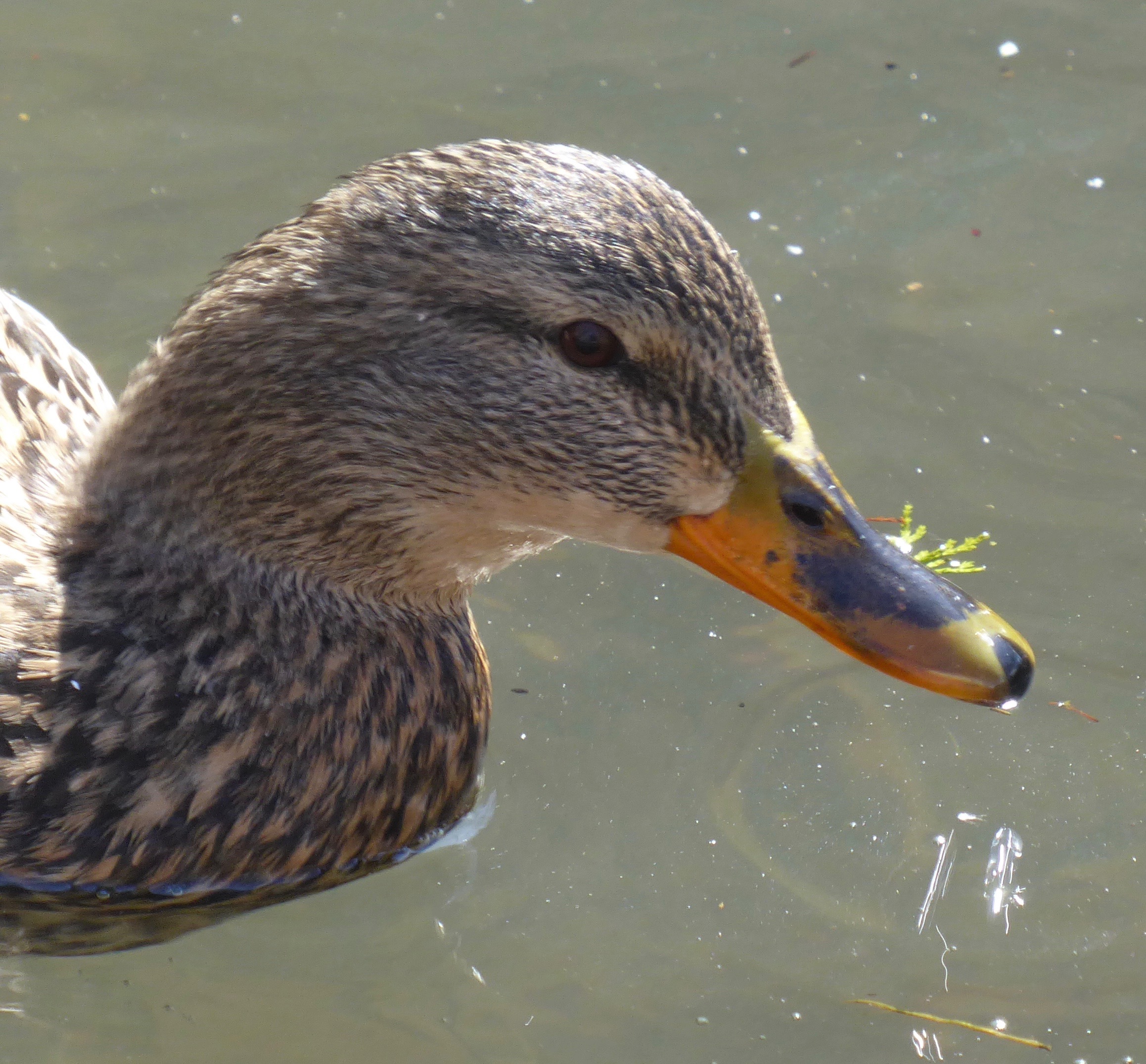 The left side of Honey’s bill, with its upside-down-“U” pattern enclosing two black dots. There’s also a black triangle in the same position as the other side of her bill: 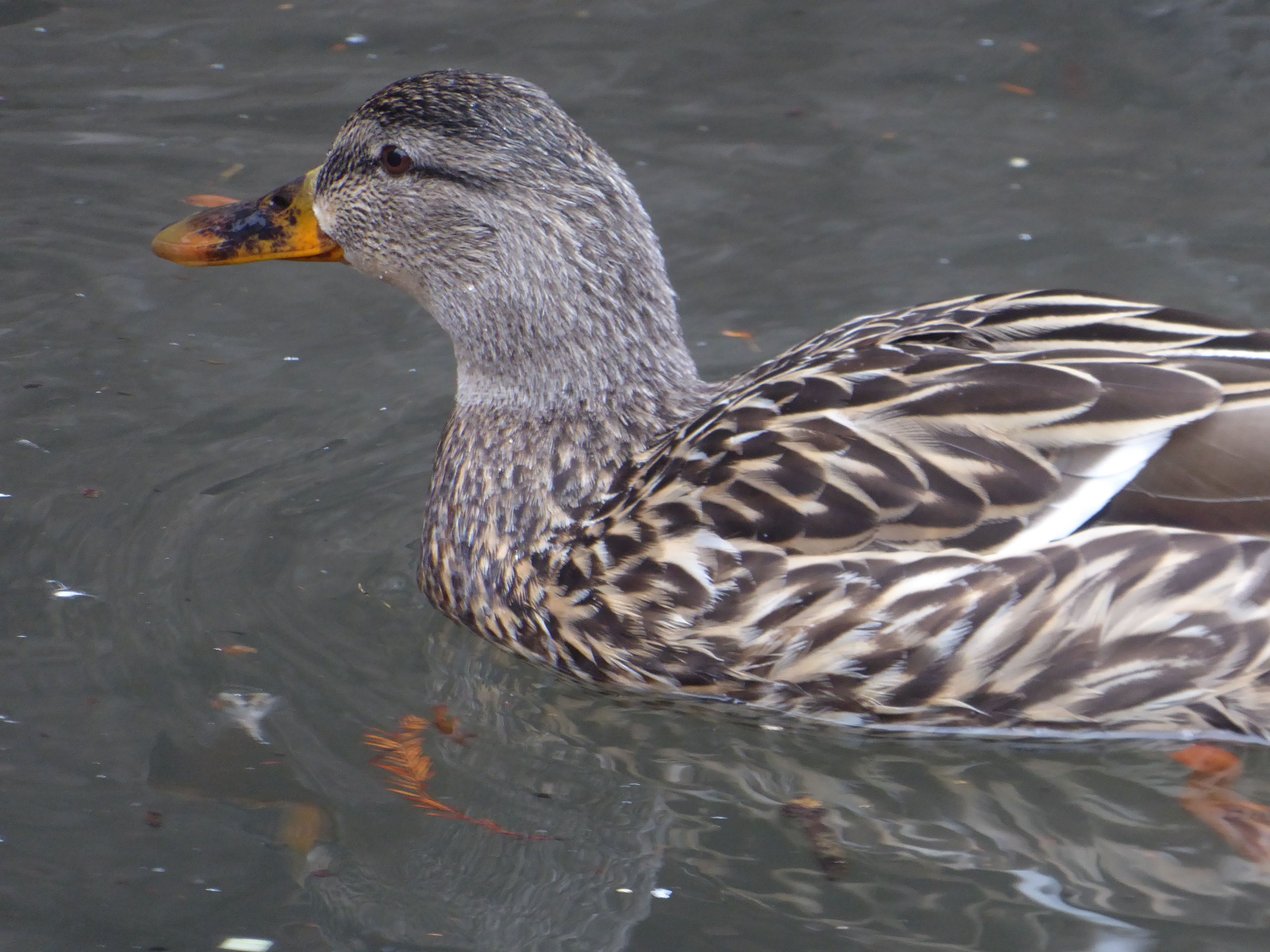 The left side of Dorothy’s bill. It has more orange than Honey’s, and less stippling. The two hens are absolutely distinguishable, even at a distance of 20 feet or so. 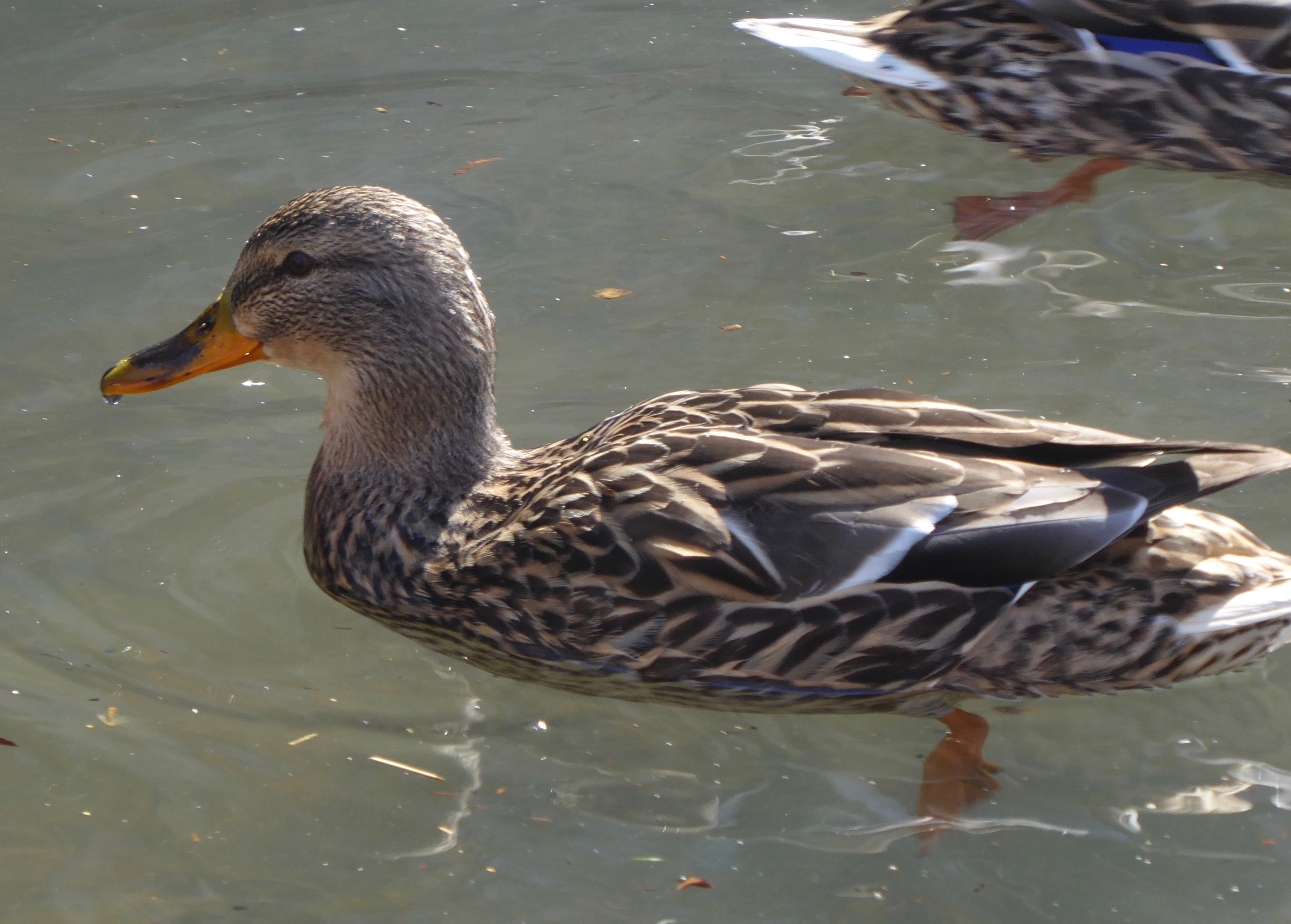 Soon it will be time for Honey (and perhaps Dorothy) to build their nests.