It’s Saturday, nominally my day off, and it’s March 7, 2020. It’s National Cereal Day, and also National Crown Roast of Pork Day (I’ll take the latter, even though it isn’t kosher). Other than that, not much is shaking today vis-à-vis Honorary Days.

The weather in Chicago is predicted to warm up this week, with highs tomorrow reaching 55° F (13° C): prime duck weather. I only hope that other mallards stay away from the pond, as I don’t want more than three hens nesting here this year. (That’s how many were there yesterday, along with three drakes.)

Stuff that happened on March 7 include:

Here is that patent from Today in History. Pretty primitive, no? 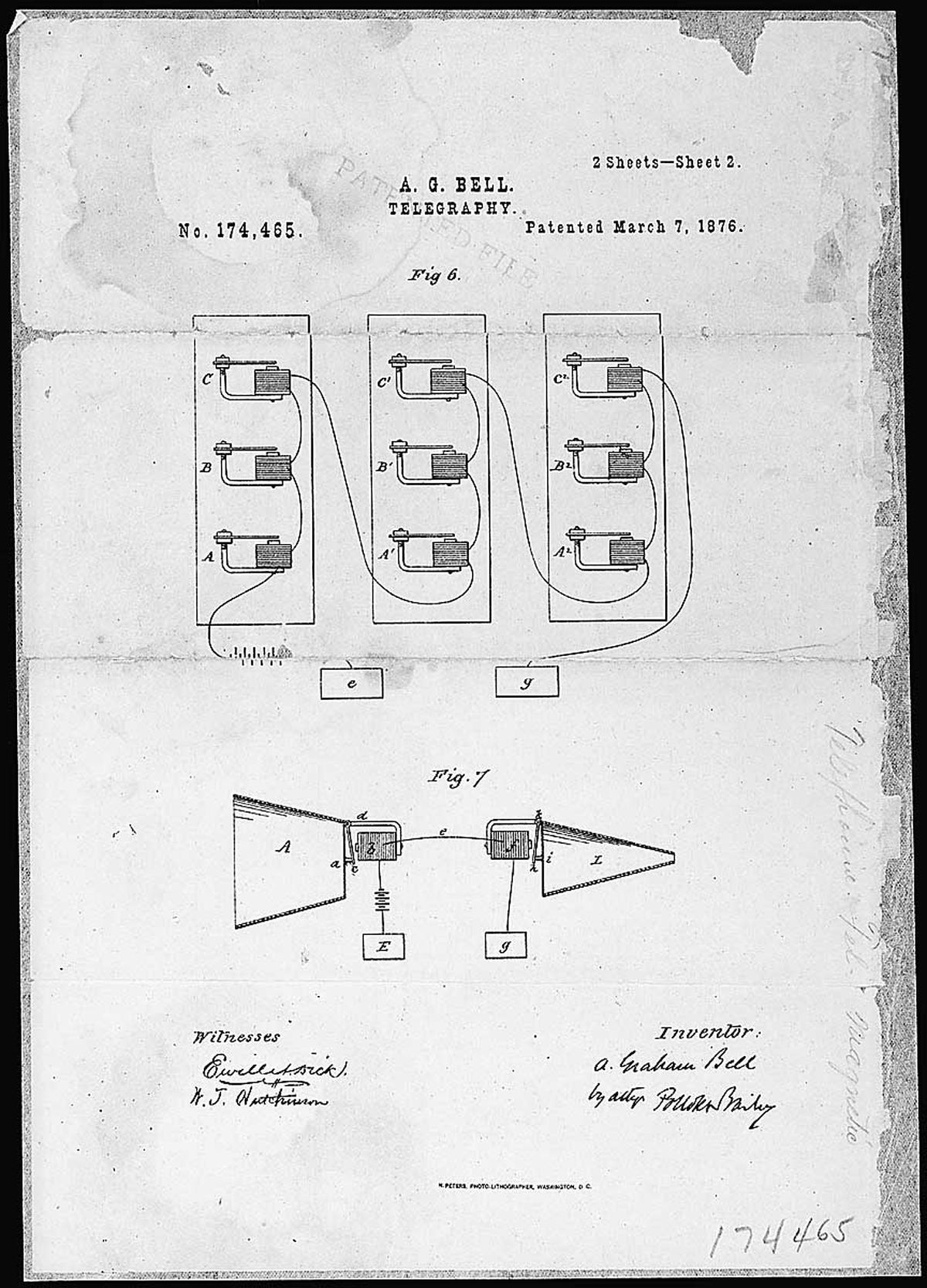 Here’s the famous “Bridge at Remagen,” subject of a 1969 film and as described by Wikipedia:

Midway through Operation Lumberjack, on 7 March 1945, the troops of the 1st U.S. Army approached Remagen and were surprised to find that the bridge was still standing. Its capture, two weeks before Field Marshal Bernard Montgomery’s meticulously planned Operation Plunder, enabled the U.S. Army to establish a bridgehead on the eastern side of the Rhine. After the U.S. forces captured the bridge, German forces tried to destroy it multiple times.

It finally collapsed on 17 March 1945, ten days after it was captured, killing 33 U.S. Army Engineers and wounding 63. While it stood, the bridge and newly established pontoon bridges enabled the U.S. Army to establish a bridgehead of six divisions, about 25,000 troops, with accompanying tanks, artillery pieces, and trucks, across the Rhine. Capturing the bridge shortened the war, and V-E Day came on May 8. After the war, the bridge was not rebuilt; the towers on the west bank were converted into a museum and the towers on the east bank are a performing arts space.

And here’s a six-minute film of Bloody Sunday; I really recommend you watch it to see what was endured by African-Americans to get the rights they deserved:

It’s now pretty much established that the crew of the Challenger did not die in the “explostion,” nor on the way down; they probably died when their cabin hit the ocean.

Here’s an iconic photo from Antony Armstrong-Jones: his wife, Princess Margaret, soaking in the tub wearing a tiara (1962).  They were divorced 14 years later. Princess Margaret, who died in 2002, was the only sibling of Queen Elizabeth. 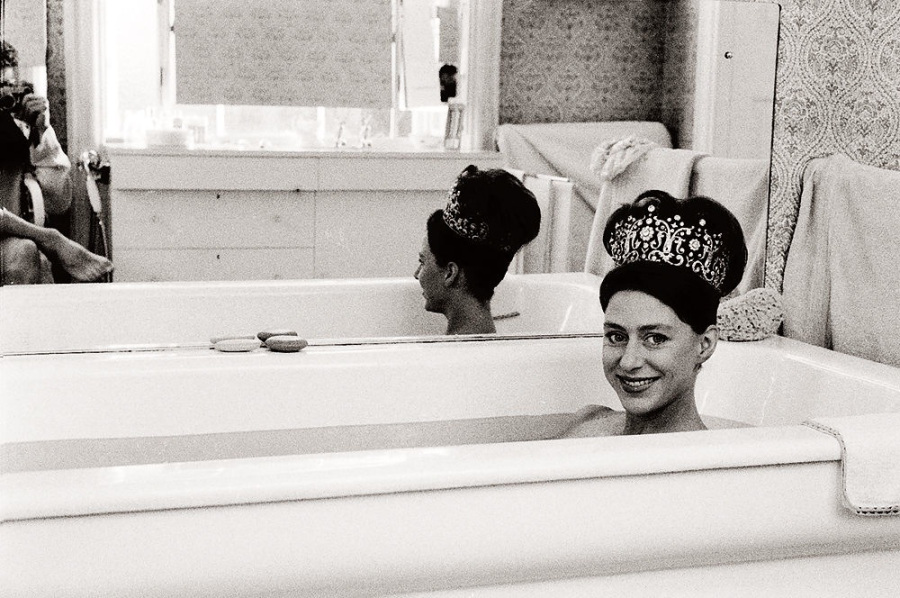 Those who were either incinerated or began deliquescing on March 7 include:

Here’s a trailer for a film about Divine (real name Harris Glenn Milstead), who was a gay drag queen, and didn’t consider himself transsexual. Remember the John Waters film “Pink Flamingos” and its famous final scene?

Meanwhile in Dobrzyn, Hili is being an efficient editor:

A: What have you done?
Hili: These notes are no longer relevant. 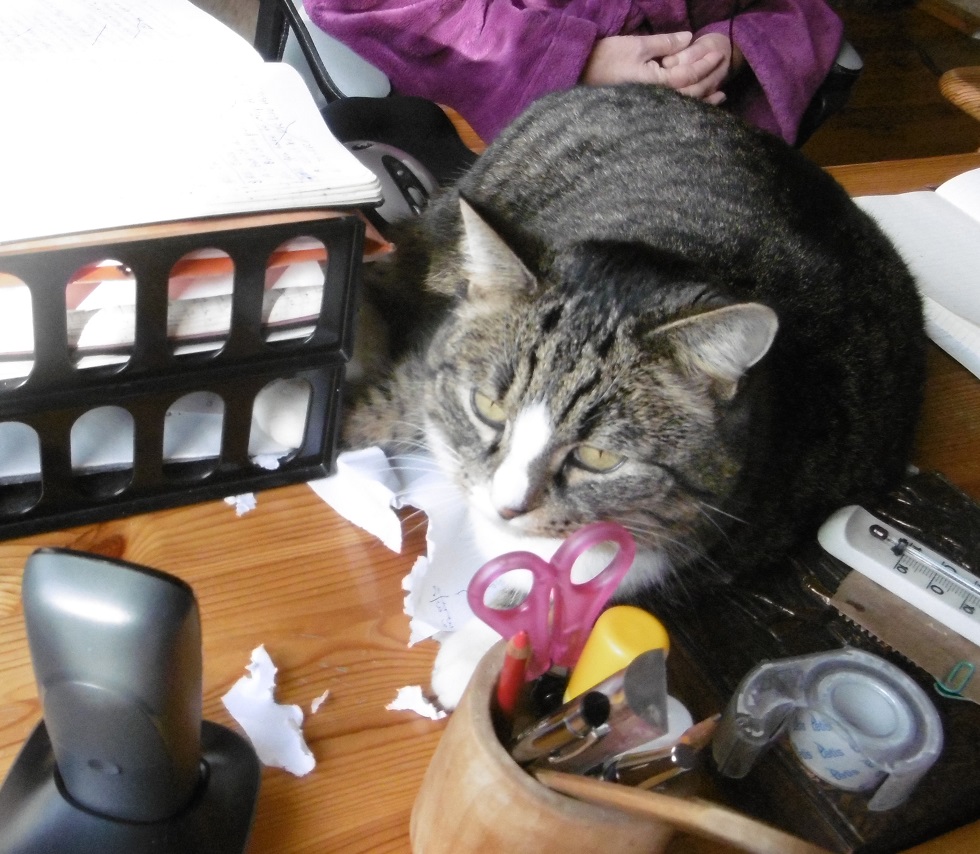 Szaron is just back from the vet, where he got his post-op checkup and two more shots (one of antibiotics for his eye), as well as more eye drops. He’s much better and now is sans testicles. And he has his immunizations. Andrzej took a picture and furnished a caption:

Szaron: Post-op control behind us. Back to normal. 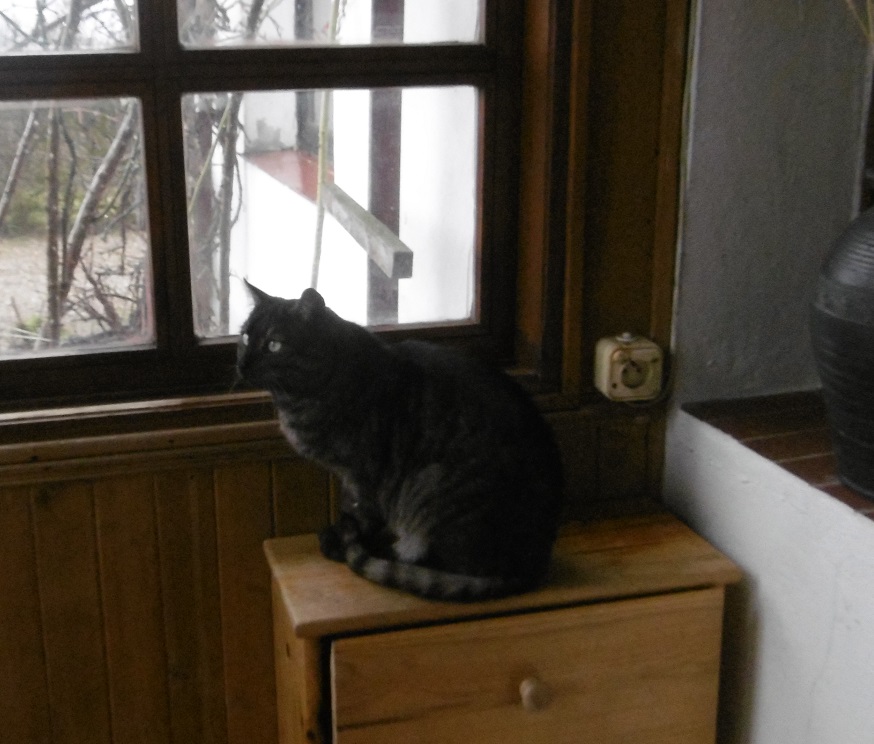 He looks good, doesn’t he? He’s estimated to be only a year old.

From imgur. Life is complicated these days. 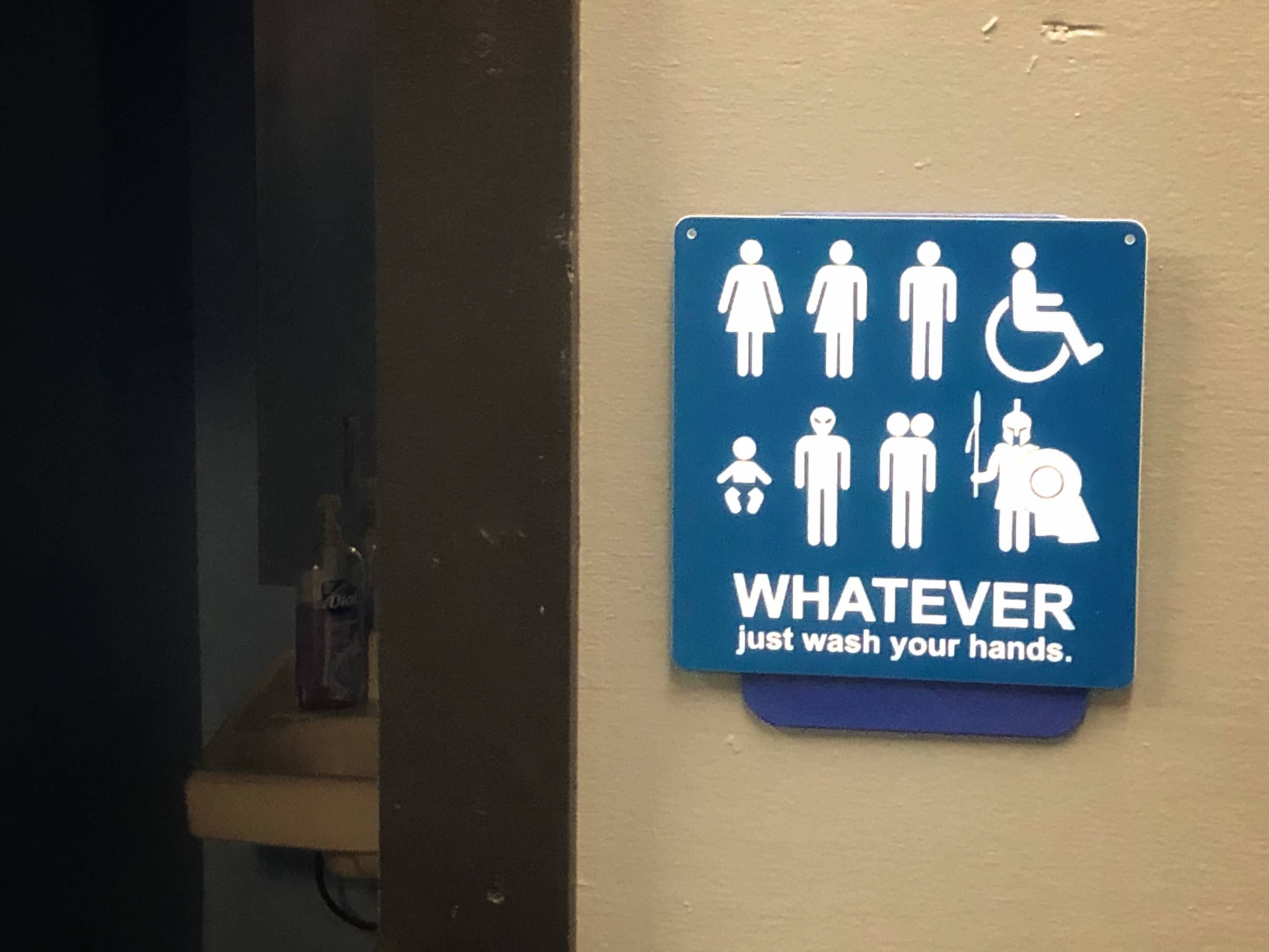 From Wild and Wonderful, a rare albino koala. 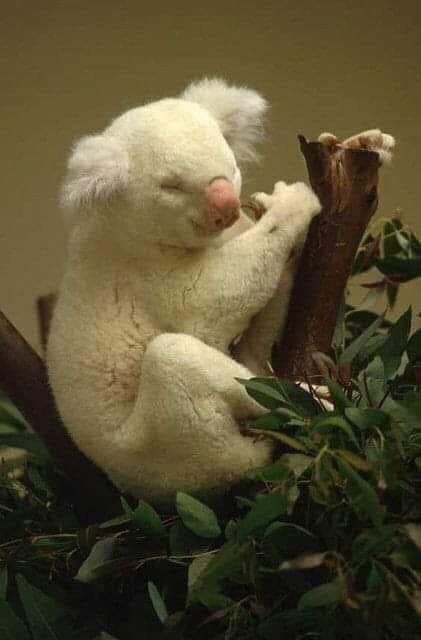 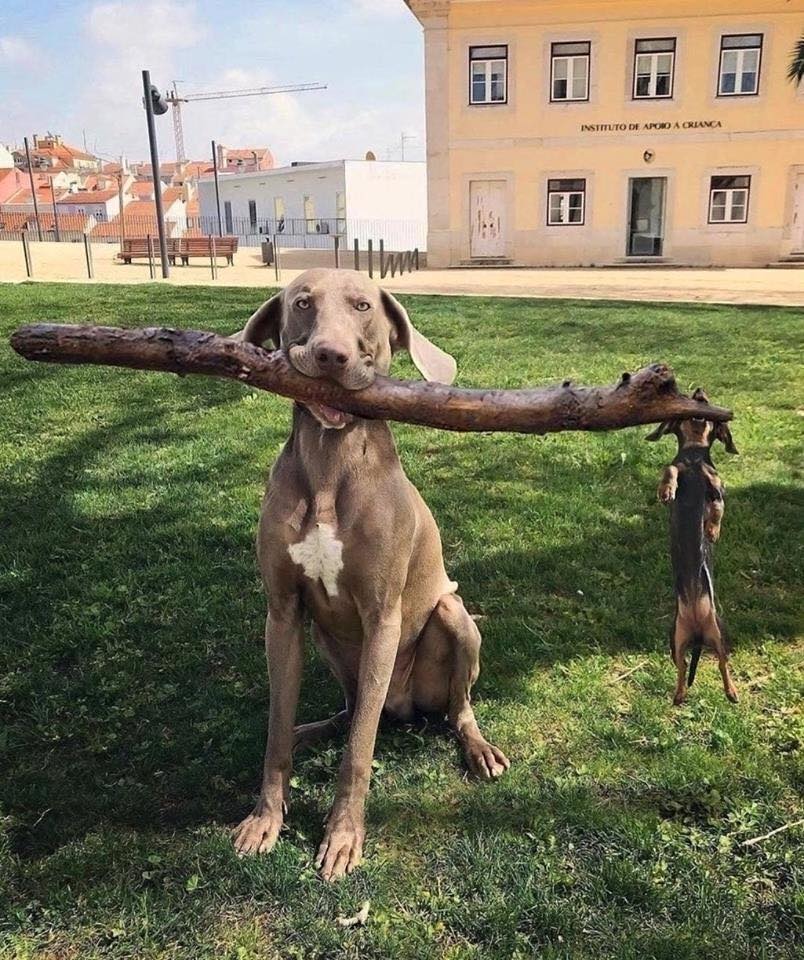 Criticism of Meghan Markle is racist because she is mixed race.

Criticism of Diane Abbott is racist because she is black.

Criticism of Priti Patel isn’t racist because she is a Tory and is therefore white-adjacent.

Google is definitely slanting its image search results in ideological directions. I’ve ascertained this before, but haven’t tried this one out. Try it for yourself. They’ve said that they value ideology more than truth in these algorithms.

Google admits that it shapes its search results to achieve social objectives — which is why a search for “great American scientists” last year produced mostly black faces — but this result is Orwellian: Do a search for “straight couples” and see what you get.

A tweet sent from Luana in which Steve Stewart-Williams makes a good point:

A tweet found by Dom. What is wrong with this picture?

My favourite mythical transportation would have to belong to the Norse goddess Freyja, who rides in a chariot drawn by cats.#FolkloreThursday #mythology #cats
Image: Freyja riding with her cats from 'The Manual of Mythology', 1874. pic.twitter.com/VhdDBXYktH

A tweet from Gethyn. DO NOT FEED MUFFINS TO THAT CAT! (I don’t know of any cats who would eat muffins!)

Tweets from Matthew. He saw the first copy of his new book “in the wild”: at Blackwell’s in Manchester. A big congrats to Dr. Cobb, who’s already planning his next book.

If I’ve put this up recently, forgive me. I do like it an awful lot!

Yes, that’s right: TEN HOURS OF COW NOISES! I asked Matthew why, and he responded, “Because people like cows.”