Please send in your good wildlife photos (and photos of yourself for the “photos of readers” feature, which is temporarily defunct).  We have two contributors today, whose captions are indented. The first comes from reader Patrick May:

Here’s a whitetail doe (Odocoileus virginianus) resting in my backyard.  This is in southern Connecticut.  The deer herd can’t be easily culled because of the high human population density, so they’re everywhere.  Several nights a week we have four to six sleeping in our back yard.

There’s an eight-point buck who comes by every now and again that I’m trying to get a decent shot of. 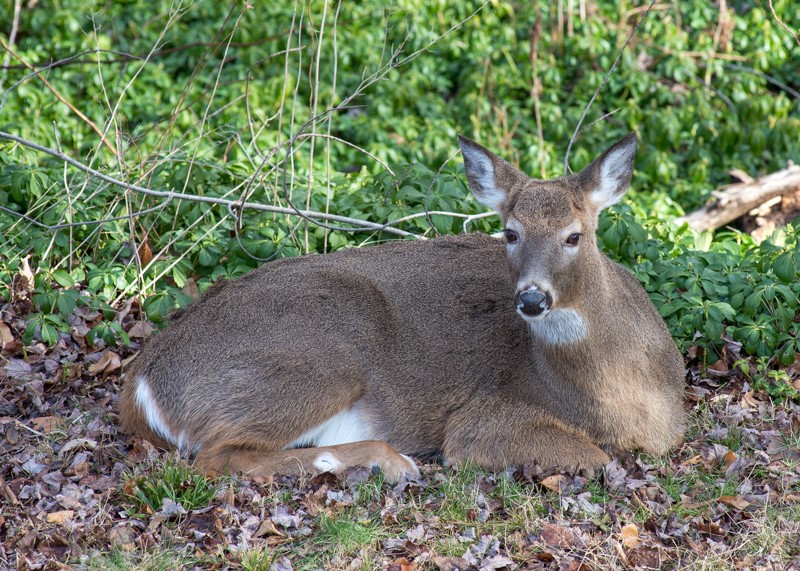 And reader James Thompson sent three photos. The first is from 1996, and you’ll recognize it as a North American porcupine (Erethizon dorsatum): 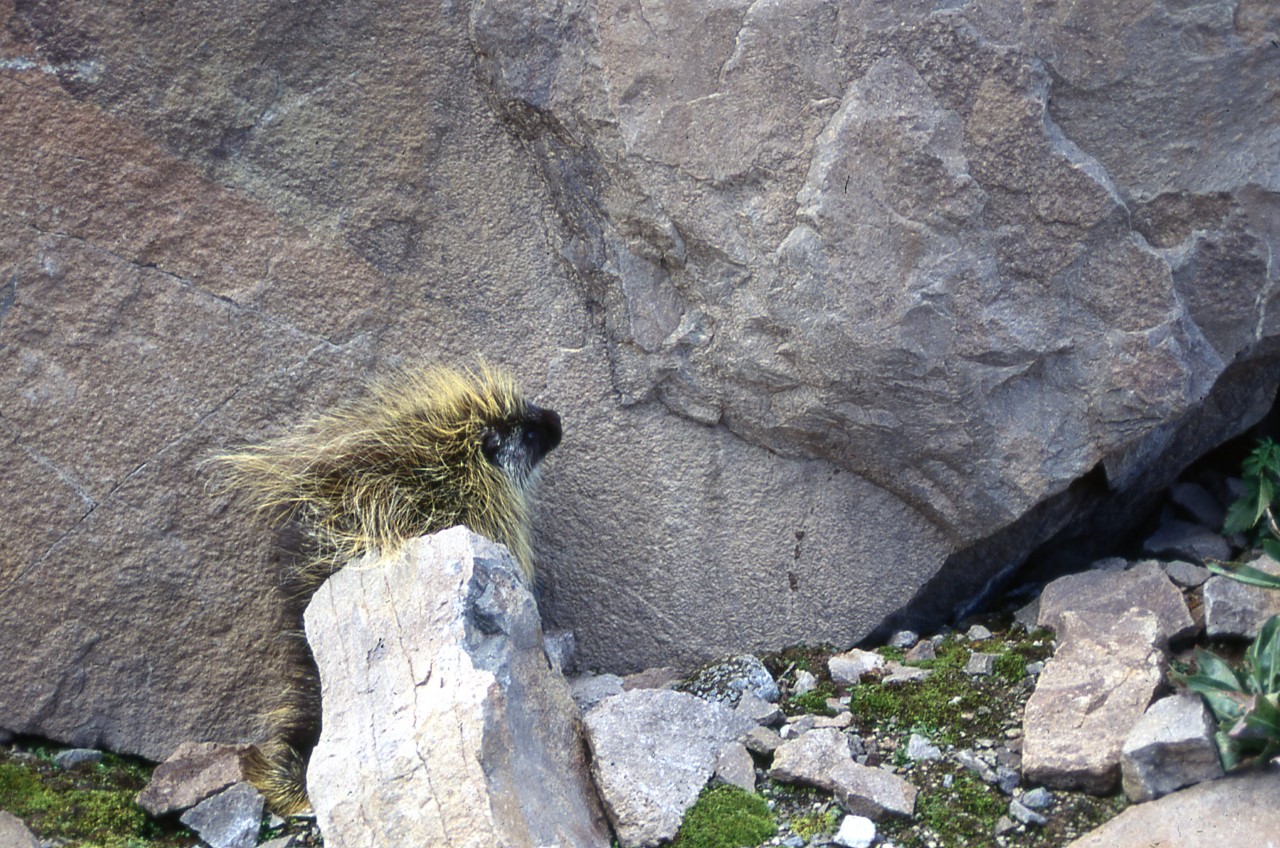 James called this one “hungry mouths”. When I asked him what the species was, he said, “I’m not a biologist!”  Readers? 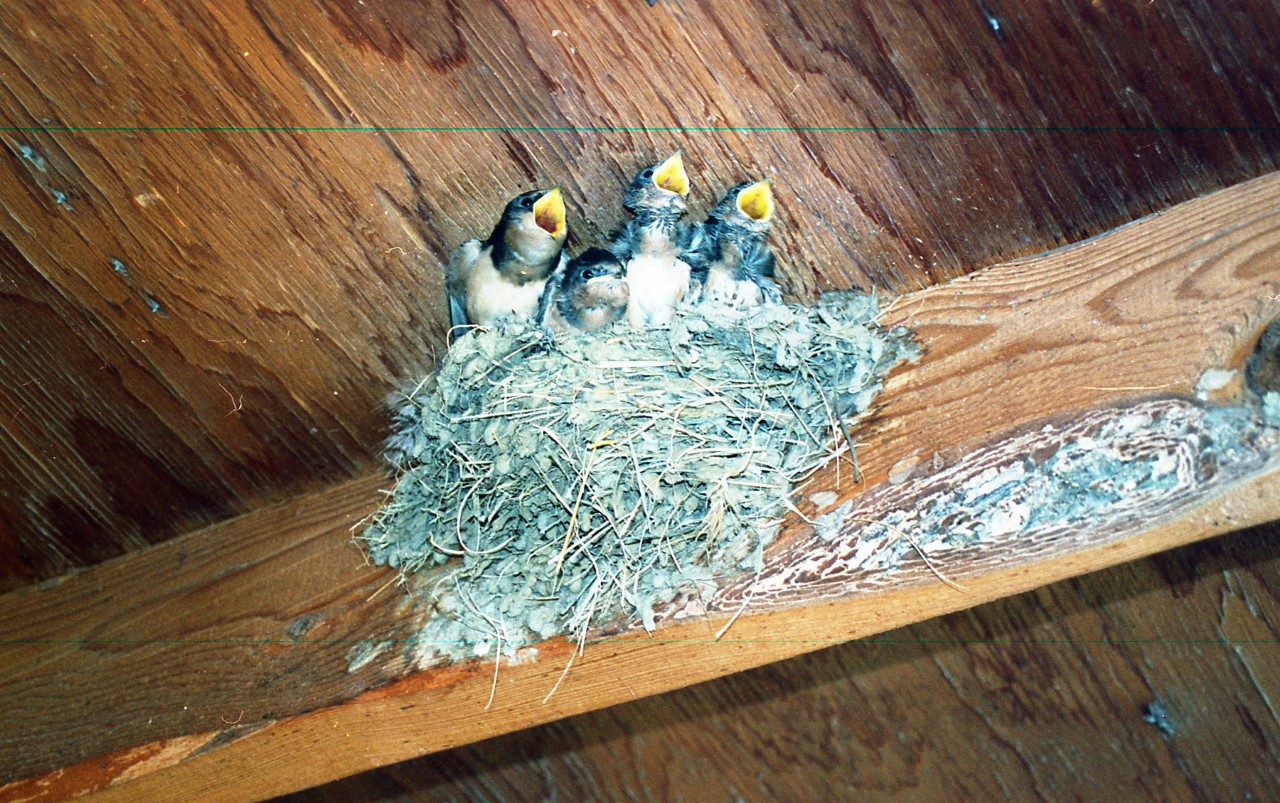 Staredown with a buck – 2005 near Mt Massive, Colorado. 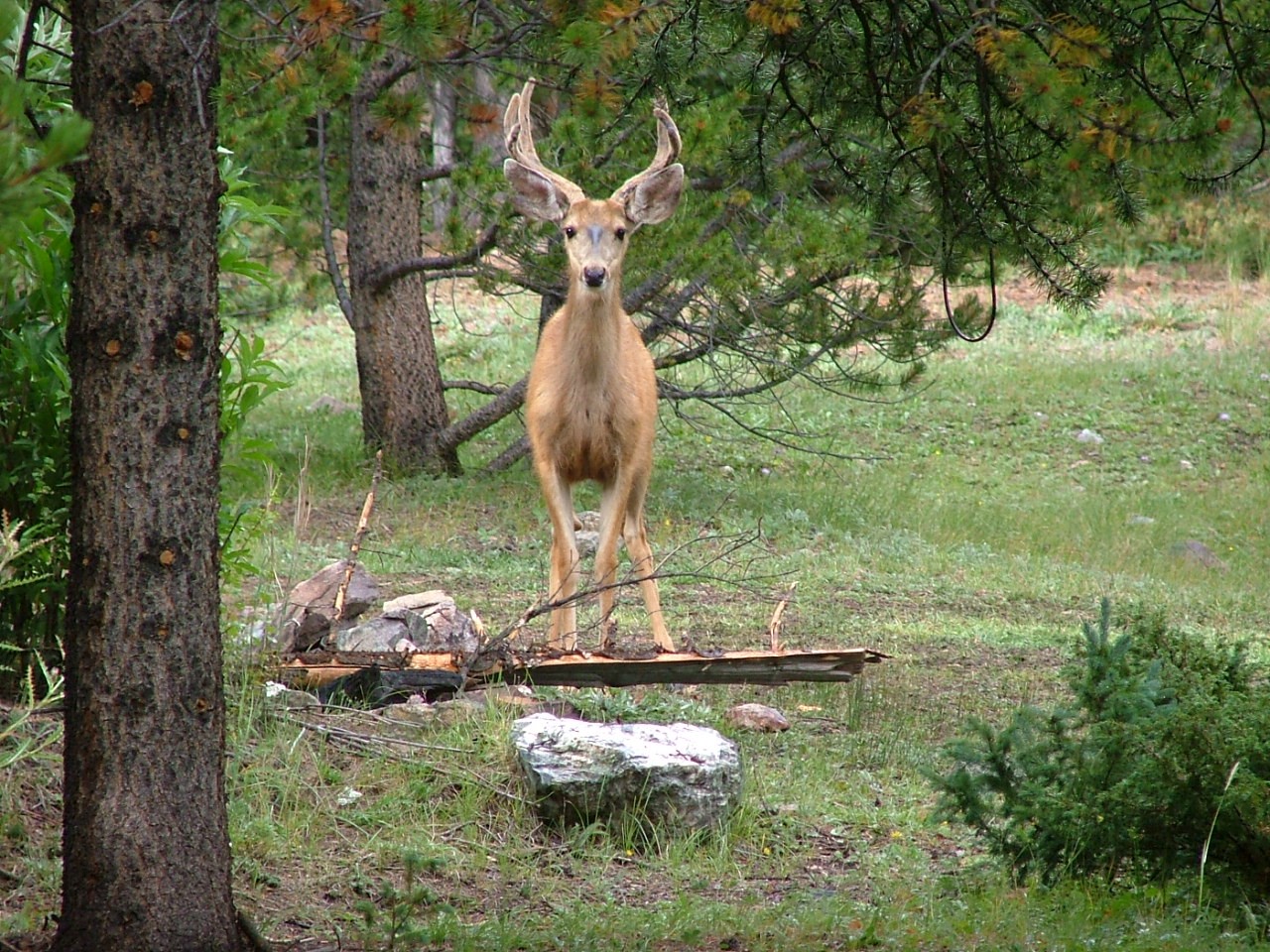