I didn’t realize that one of my music heroes, Neil Young, had crossed into America illegally many years ago—in, as Rolling Stone reports, a Pontiac hearse—but I suppose his status has since been legalized. But it took until yesterday, 54 years since he came to this country, for him to become an American citizen. (Young is now 74.)

“I’m happy to report I’m in!” the Canadian-born musician wrote on his website after months of struggle to obtain his dual citizenship. Young explained to fans that the process had been delayed because of the “good moral character” provision on the immigrant application — meaning he admitted to smoking weed.

On Wednesday afternoon, Young and his wife, actress Daryl Hannah, obtained his naturalization documents at the Convention Center in downtown Los Angeles. He celebrated in a video on his Instagram, singing “I’m proud to be a Canarican” in the tune of “God Bless the U.S.A.” while waving around miniature American and Canadian flags.

Young kicked off 2020 by detailing upcoming archive releases on his website, including concert films like 1990’s Way Down in the Rust Bucket and 2003’s Greendale Live. He’s also planning to release the long-awaited legendary LP Homegrown, and a live album with his 1977 Santa Cruz supergroup, the Ducks. 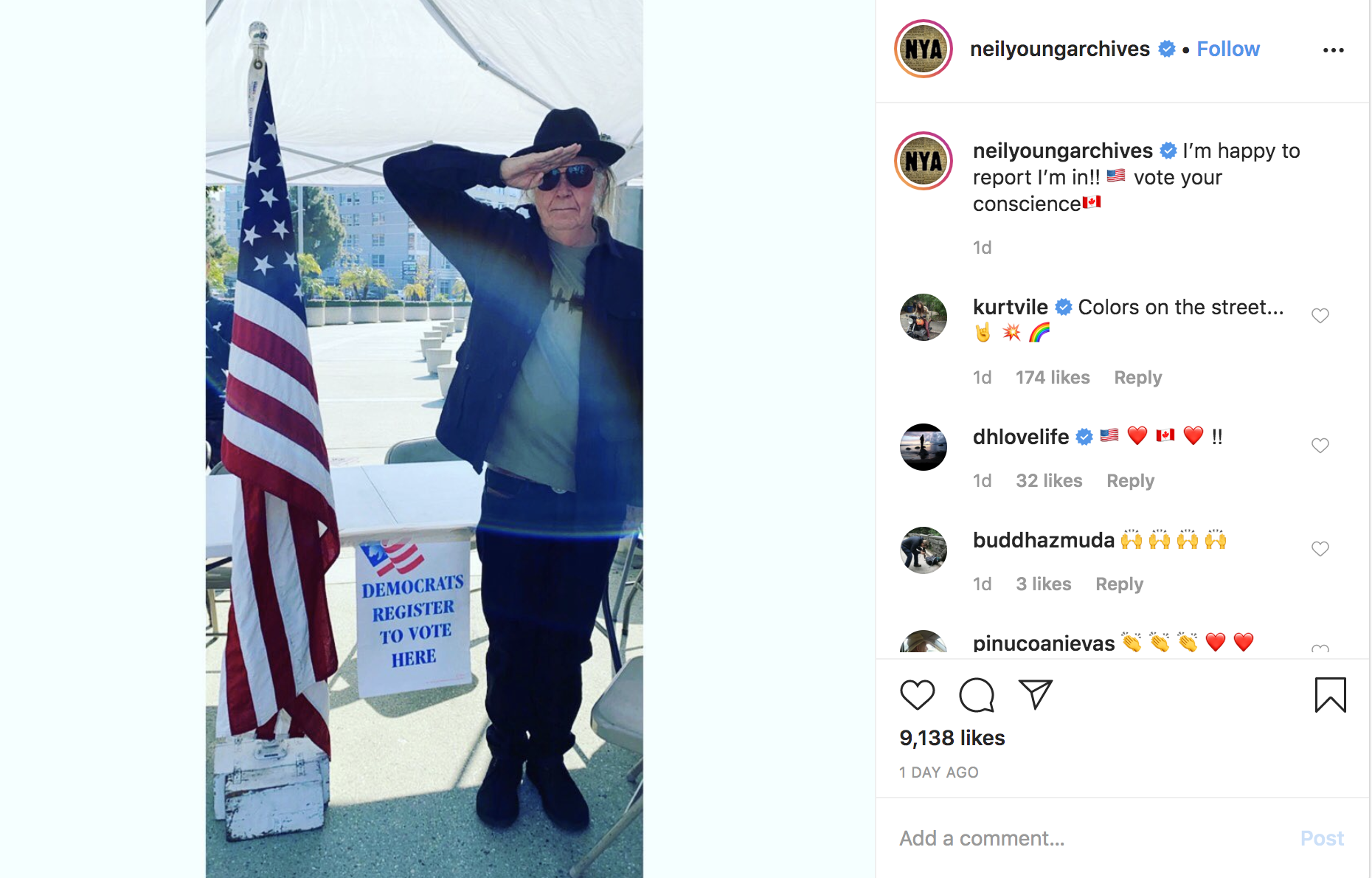 Don’t be fooled by the salute into thinking he’s any kind of Republican. Young has been quite critical of Trump, and note where he’s standing.

And another one in which he sings “I’m proud to be a Canarican” to the tune of “God Bless the U.S.A.” while waving miniature American and Canadian flags.  (Click on screenshot to go to the site and hear his singing). 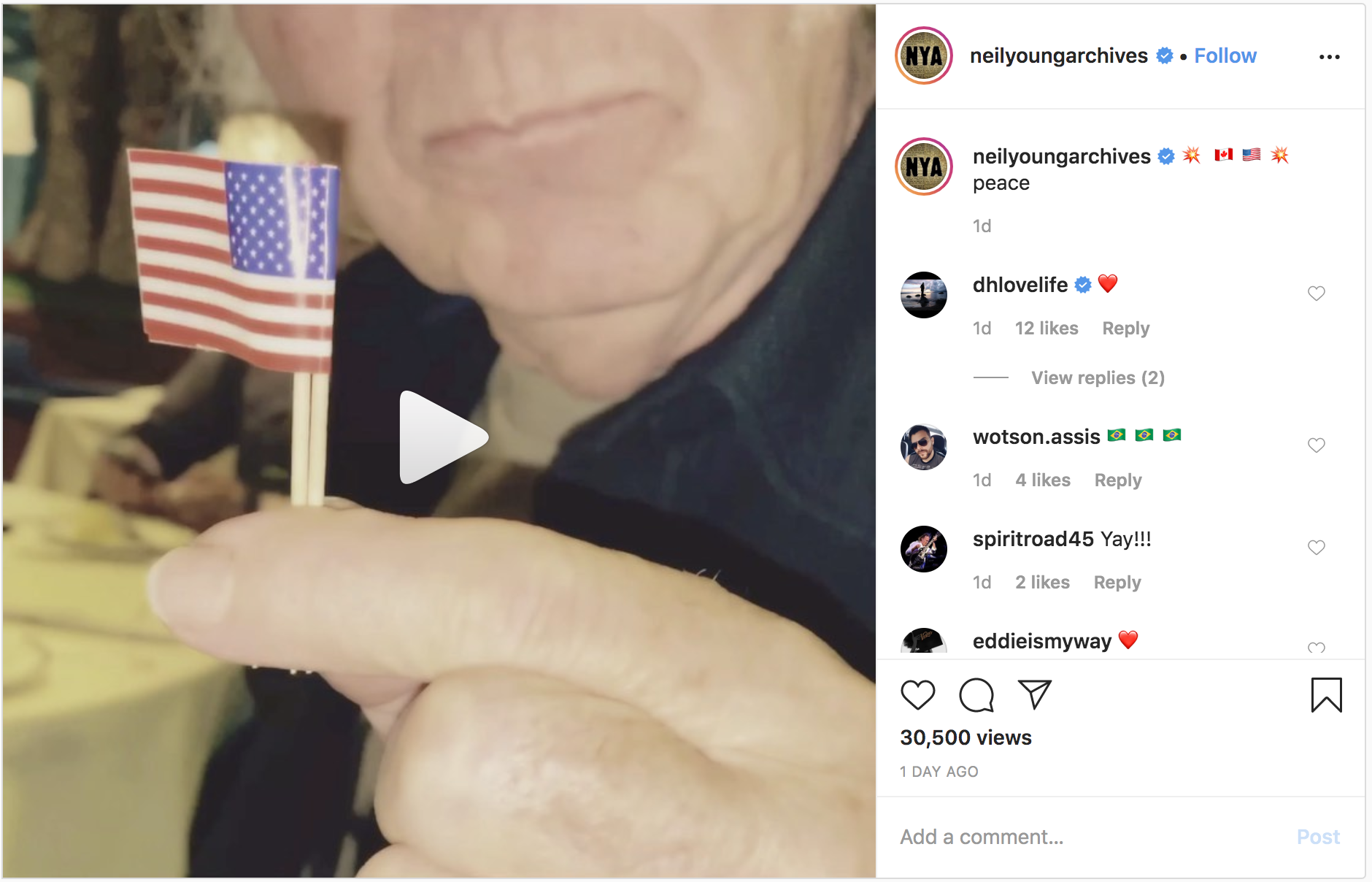 As Bari Weiss tweeted, paraphrasing the play Hamilton: “Immigrants—they get the job done.” Weiss was excoriated by the woke for that, since the woman she was praising, Olympic skater Mirai Nagasu, wasn’t really a first-generation immigrant but the daughter of immigrants from Japan. What a tempest in a teapot! (Weiss’s response to woke kvetching is here.)

But I digress. Young really is an immigrant, and he did get the job done—that is, producing superb music that will last for decades. (Another great immigrant was Christopher Hithchens.) Welcome to America, Neil, and join us at the polls this November! Long may you run, much longer than Trump, I hope!