It’s National Peanut Butter Day, a peculiarly American comestible, and National Lobster Thermidor Day, a dish I’ve never had.  And don’t forget it’s National Eskimo Pie Patent Day, celebrating the day in 1922 when Christian Nelson patented this chocolate-covered ice cream bar. I suspect most Americans here have had at least one. The story of the patent on Eskimo pies is a tortuous one, and you can read about it here.  But here’s one of the frozen confections (they also come on a stick, which is unacceptable.) 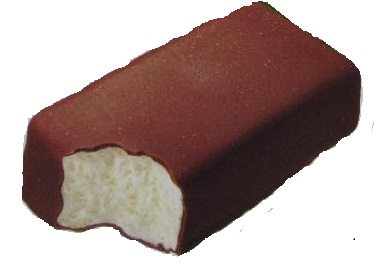 It’s National Compliment Day, so let me begin: you’re a swell bunch of readers! Finally, it’s National Beer Can Appreciation Day, celebrating that day in 1935 when Krueger’s Finest Beer and Krueger’s Cream Ale became the first beers to be sold in cans. I prefer bottles but will take beer from a can so long as the contents are poured into a glass. Here’s what those first cans looked like: 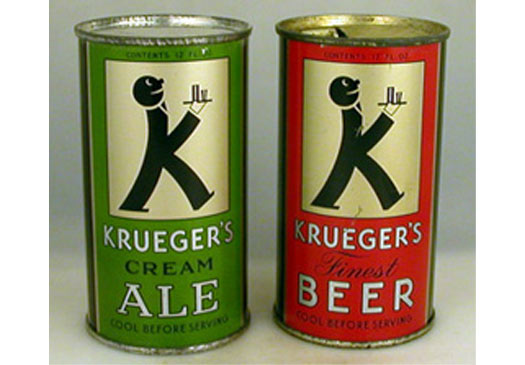 More than that; one of the bombs that fell out of the broken-up plane was armed, and some experts say we came very close to a nuclear detonation over North Carolina!

When American forces captured the island in the 1944 Battle of Guam, Yokoi went into hiding with nine other Japanese soldiers. Seven of the original ten eventually moved away and only three remained in the region. These men separated,
but visited each other periodically until about 1964, when the other two died in a flood. For the last eight years, Yokoi lived alone. He survived by hunting, primarily at night. He also used native plants to make clothes, bedding, and storage implements, which he carefully hid in his cave.

Despite having hidden for twenty-eight years in a jungle cave, he had known since 1952 that World War II had ended. He feared coming out of hiding, explaining, “We Japanese soldiers were told to prefer death to the disgrace of getting captured alive.”

After a whirlwind media tour of Japan, he married and settled down in rural Aichi Prefecture.

Yokoi became a popular television personality and an advocate of austere living. [He died in 1997.]

Yokoi was the antepenultimate Japanese soldier to surrender after the war, preceding Second Lieutenant Hiroo Onoda (relieved from duty by his former commanding officer on 9 March 1974) and Private Teruo Nakamura (arrested 18 December 1974). [JAC: the last “holdout” was Teruo Nakamura, who surrendered on December 18, 1974, after 29 years and three months in hiding!]

Here’s Yokoi’s first haircut in 28 years; his cave (visible on the Wikipedia page) is now a tourist attraction. 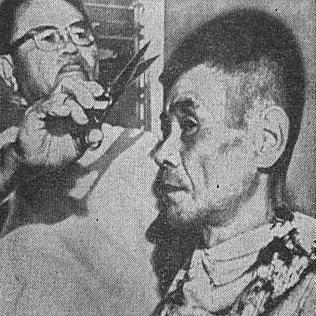 There were many notables born on this day, including Theodosius Dobzhansky, my academic grandfather:

Here’s Dobzhansky, known as “Doby” or “Dodek” to his friends and students; it looks as if he’s examining Drosophila salivary-gland chromosomes under the microscope, something he spent much of his life doing. You can read the stuff written about Doby on this site at this link. 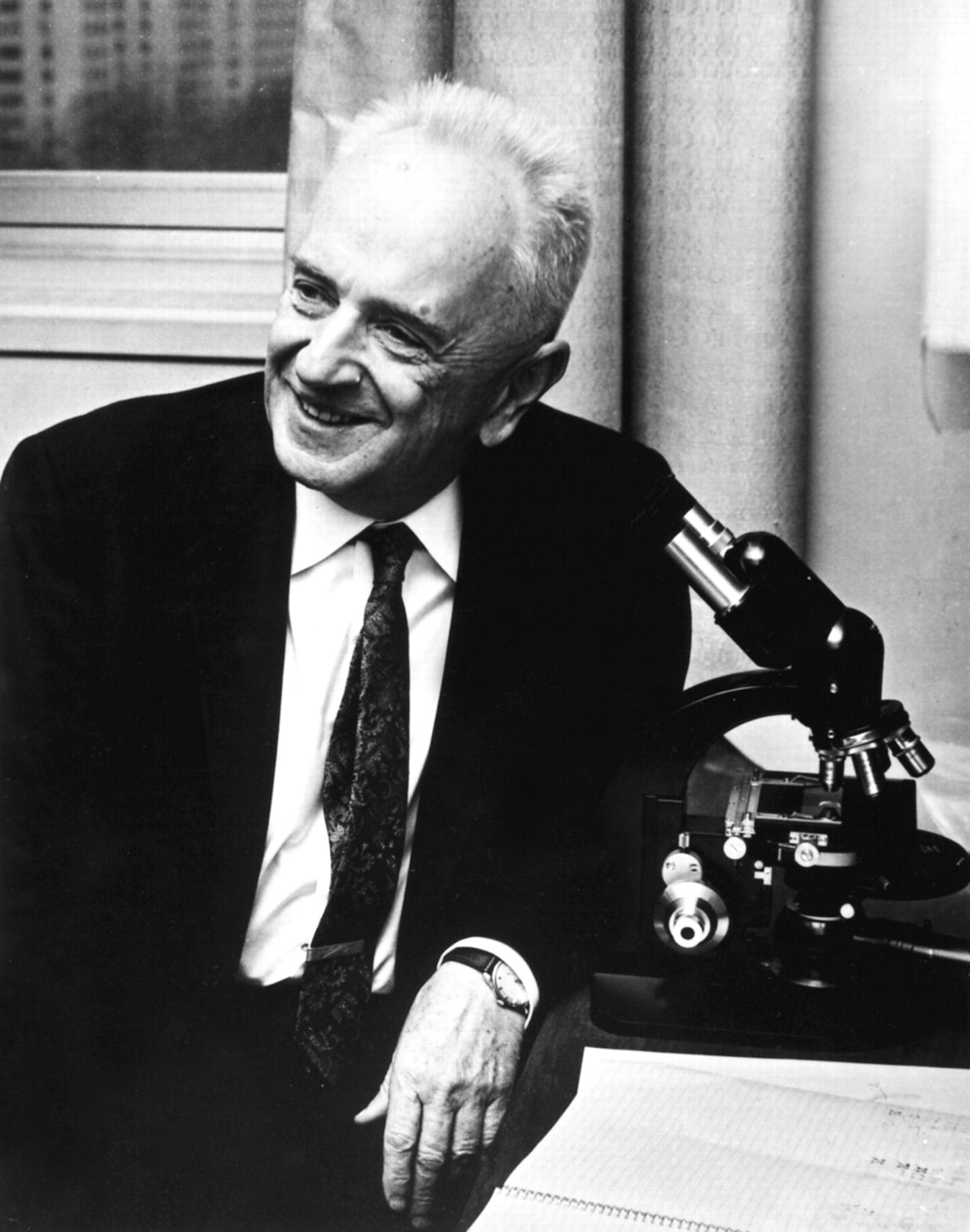 Others born on January 24 include:

Those who ceased to exist on January 24 include:

JAC: Winston predicted he’d die on the same day of the year as his father, and he did!

Meanwhile in Dobrzyn, Hili and Andrzej discuss the state of the world. I’m told that she’s responding to Andrzej’s angst about (I quote) “what’s going on in Poland (dismantling of independent judiciary) and what’s going on in the world (among many other things, mass murder of Christians in Africa while the world is busy with fighting Islamophobia and mourning 6 million Jews one second while trying to kill 6 million living Jews a second later). Hili cynically reminds Andrzej that the world was never sane.”

A: I have the impression that the world’s gone crazy.
Hili: So what’s new? 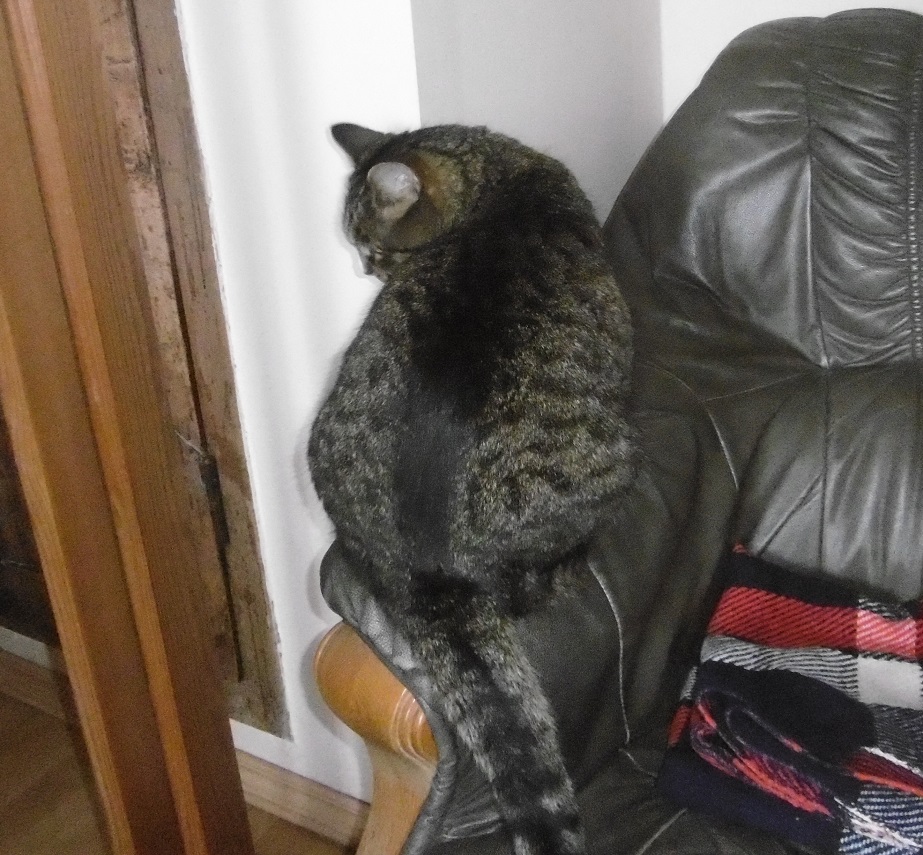 And in Wloclawek, Leon naps with his brother Mietek:

A cartoon sent by reader Jon, Bound and Gagged by Dana Summers; strip for January 23, 2020″:

From Jesus of the Day with the caption, “SQUEE!. PHOTO CREDIT: Daisy Gilardini Photography”. A tuchas ride! 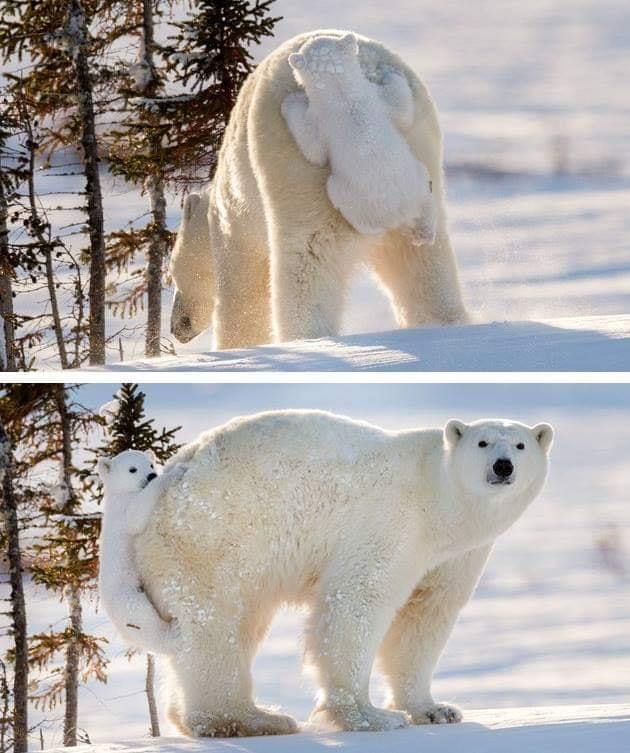 A tweet from Titania. Be sure to listen to the song!

This is quite genuinely the most moving thing I have ever seen. 😥 pic.twitter.com/BIs3E17RDV

And another. Although I don’t formally “follow” the Queen of Wokeness on Twitter, I look at her tweets nearly every day.

Any woman who chooses to be a housewife is CLEARLY doing so in order to perpetuate white supremacy.

It’s the only possible explanation. pic.twitter.com/GwPUhgtVYI

From Dom. Look at this beetle grub cake! It’s too pretty to eat.

Larger than life size Hercules Beetle grub made out of strawberry lemon cake and vanilla meringue buttercream. If one of these plopped onto your plate would ya eat it? #yummy #cake #alledible #grub #larval pic.twitter.com/6rRXCUPxeN

A tweet from Heather Hastie. (I may have posted it before, but it’s worth seeing again.)

"I FORGOT MY KEYS, SANDRA"

Tweets from Matthew. The first one settles a longstanding etymological question:

The earliest known reference to the word 'fuck' was found in a court case dating to the year 1310. 'Roger Fuckebythenavele’ turns up in the Chester county court plea rolls beginning on December 8, 1310. https://t.co/uHj4NkeQ7L

Another murmuration (Matthew and I love these):

Wow. How lucky we are to live on a planet with THIS. pic.twitter.com/afIn38Dw9f

Ah, the power of sexual selection! Be sure to watch the video.

Costa’s hummingbirds look like they have a shiny purple baby octopus attached to their face & it's to impress female https://t.co/1jXKvpZDqG pic.twitter.com/VRhnluZdg5

19 thoughts on “Friday: Hili dialogue (and Leon and Mietek monologue)”