It’s Thursday, January 16, 2020, and I’m in Cambridge, Massachusetts, one of my favorite cities in the U.S. As I’m here for R&R, please don’t expect copious posting (or braining) for a week.

It’s National Hot and Spicy Food Day, but also National Fig Newton Day, one of my favorite cookies (the Brits call them “fig rolls” and classify them in the family “biscuits”). They were devised as a curative for digestive problems, and are in fact named not after the scientist, but after the town of Newton Massachusetts, near Boston, where they were invented. Here’s how they make them (they’re showing the production of “Fig Newmans,” the equivalent product made by Paul Newman’s company).

After watching this video, I desperately want some Fig Newtons NOW—and a big glass of cold milk. Like Oreos, Newtons demand milk.

It’s also Appreciate a Dragon Day, National Religious Freedom Day (marking the day when Jefferson’s Virginia Statue for Religious Freedom went into effect in 1786), and Prohibition Remembrance Day, celebrating the day of infamy when Prohibition was ratified by the requisite number of states (75% of them) in 1919. It didn’t take effect until a year later, but it was one of the worst Constitutional decisions ever made in the U.S.

News of the day:  I’ve been traveling, but saw the video below last night. Yesterday I wrote a short post showing Elizabeth Warren’s refusal to shake Bernie Sanders’s hand after the debate. There was no audio, and so people could only speculate about their post-debate exchange onstage. Now, however, CNN has recovered the audio, and you can hear what they said (it’s at 1:01 in the Anderson Cooper report below).

Warren accuses Bernie of calling her a liar, and he tries to defuse the argument, saying that they’ll talk about it later but also saying that she also called him a liar. This is mere sideline drama in a very serious election, but it marginally erodes my support for Warren, speaking to her self-control (she was wearing a microphone, though she probably forgot. I’m already dubious about the electability of Sanders, and have to consider electability in the primaries, where I choose among Democrats).

Warren remains, however, among my top candidates, and I will repeat, as I have many times, that the worst Democratic candidate is infinitely better than the best (and only) Republican candidate (i.e. Tr*mp), and I’ll be voting Democratic in November.

It’s worth listening to the whole ten-minute report.

Stuff that happened on January 16 includes:

Surely you’ve seen this famous rendition of Don Quixote and Sancho Panza. You know who drew it, right? (If not, go here.) 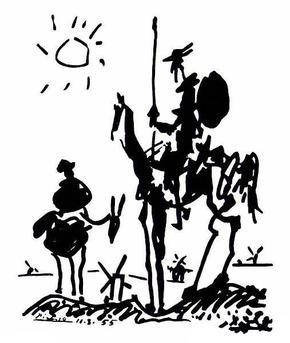 The Statute was of course the model for the First Amendment of our Constitution, and Jefferson wanted it counted among the three accomplishments listed on his gravestone at Monticello. Here they are (note the absence of “President of the United States”): 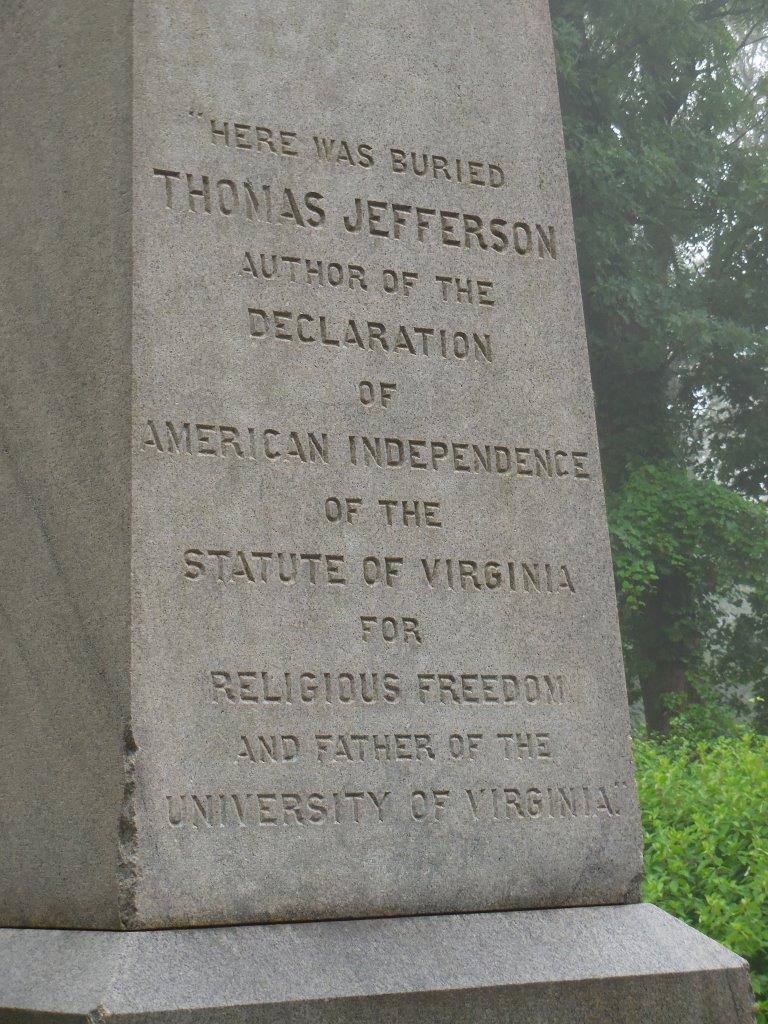 Jefferson on the University he founded:

In conformity with the principles of our constitution which places all sects [denominations] of religion on an equal footing – with the jealousies of the different sects in guarding that equality from encroachment and surprise, and with the sentiments of the legislature in favor of freedom of religion manifested on former occasions [as in the Virginia Statute for Religious Freedom] – we have proposed no Professor of Divinity.

Notable born on this day include:

You remember Liddell as the “muscular Christian” in the movie “Chariots of Fire” who refused to run on the Sabbath, even though “God made me fast.” Liddell died as a missionary in China in 1945, suffering from a brain tumor.

Those who Bought the Farm on January 16 include:

One of the most famous modern American paintings is Wyeth’s Christina’s World, depicting a woman, paralyzed in her legs, crawling across a field (see it at the link). Wyeth saw that scene in real life and made it into a fantastic image. But he also painted her room, producing the picture below, Christina’s Bedroom (1947). She had a black cat. 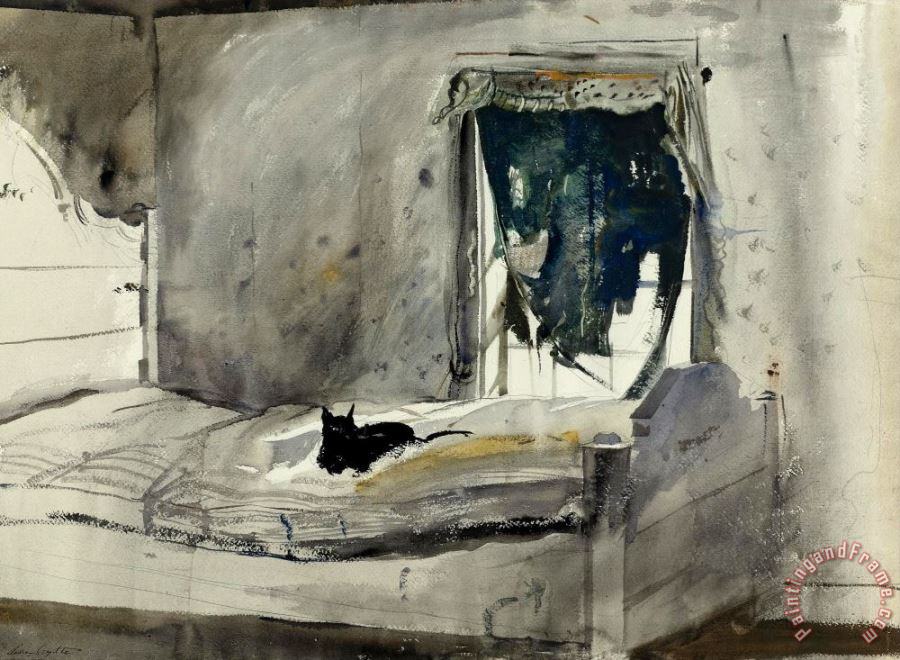 Meanwhile in Dobrzyn, Hili is (of course) hungry:

Hili: Can we stop working for a moment?
A: And do what?
Hili: And go to the kitchen. 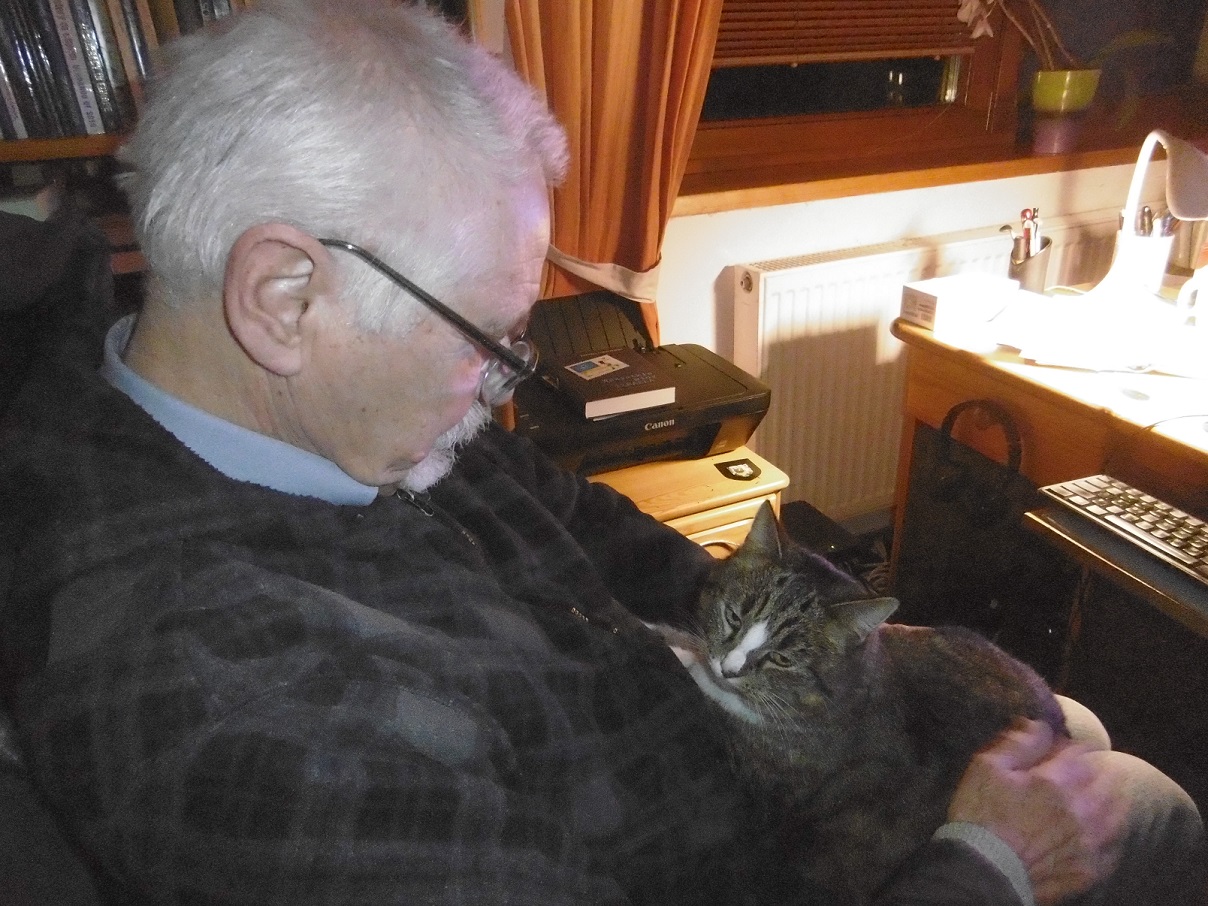 From In Otter News: 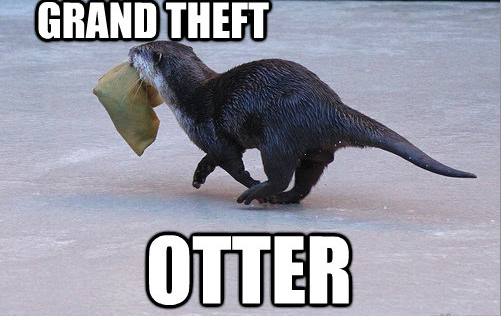 A d*g sticking its head out of a fast-moving car: 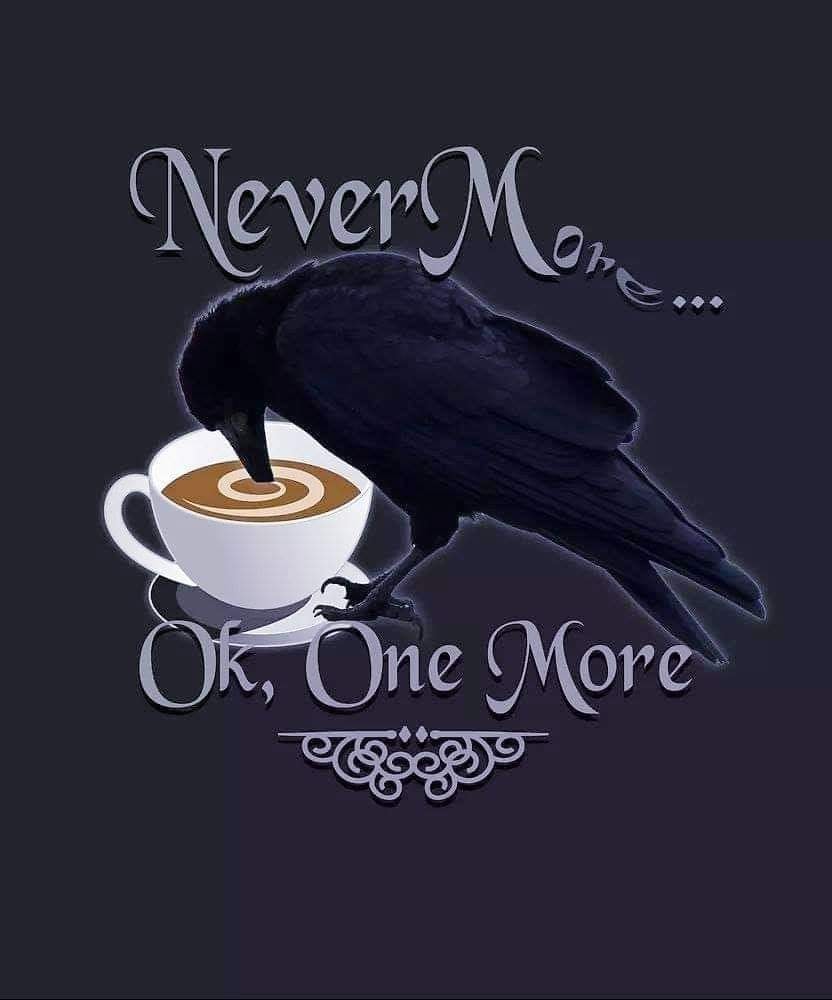 The latest from Titania. Actually, the Uni’s pay isn’t for monitoring fellow students, but instructing them in how to avoid committing microaggressions. And only one of the three statements mentioned was specified as odious by the Uni:

Sheffield Uni will now pay you £9.34 an hour to monitor your peers and report any microaggressions.

Here are a few to look out for:

• “I don’t see colour”
• “Where are you really from?”
• “Why are you eavesdropping on our conversation?”https://t.co/vMJgNWPS6U

From reader Barry, who notes: “I love these little guys! And I love how that last one takes such a long time to go for it. ‘Okay, okay. Hold on. Don’t rush me. I’m gonna do it! [pause] Nope, not yet. Okay… NOW!'”

"I SAID FUCKING NO, ANNETTE"

From Ann German via Heather. It must be really cool to see this exhibit:

Dear friends, our studio’s latest “synesthetic architecture” project “Machine Hallucination” @artechouse is getting wonderful reactions! One of the most memorable moment during this exhibition was my true inspiration William Gibson’s surprise visit @GreatDismal ! pic.twitter.com/Jpzkv4u2Ch

When you go to a conference and only know one other person pic.twitter.com/eHJEVKlH2Z

I know nothing about this rumor, but figured I’d call it to your attention so you could check it out:

I can’t believe I’m writing this, but it increasingly looks like associates of Donald Trump were planning a mob hit to murder an American ambassador.

And a tweet with a 7-minute video about a Holocaust survivor (worth watching).

Here's a story of Chaja Frisch: one of 20 #Auschwitz Survivors from Israel traveling with us to @AuschwitzMuseum
for the 75th Anniversary of the Liberation of the Nazi German Concentration & Extermination Camp Auschwitz-Birkenau #WeRemember #Auschwitz75https://t.co/bWSoviNAmJ