It’s Tuesday, January 14, 2020, and it’s a great day for food, as it’s National Hot Pastrami Sandwich Day. Below is my nephew Steven chowing down on half a pastrami sammy (rye, hot mustard) at the very Mecca of pastrami sandwiches, Katz’s Delicatessen on the lower East Side of New York city (I took him for a Lower East Side Jewish eating tour). There’s also a bowl of mixed kosher pickles on the table (make mine a garlic half sour). Note that he’s chosen a beer, while I’m drinking the best accompaniment to the sandwich: a Dr. Brown’s Cel-Ray Tonic (a celery-flavored soft drink that somehow superbly complements the pastrami). 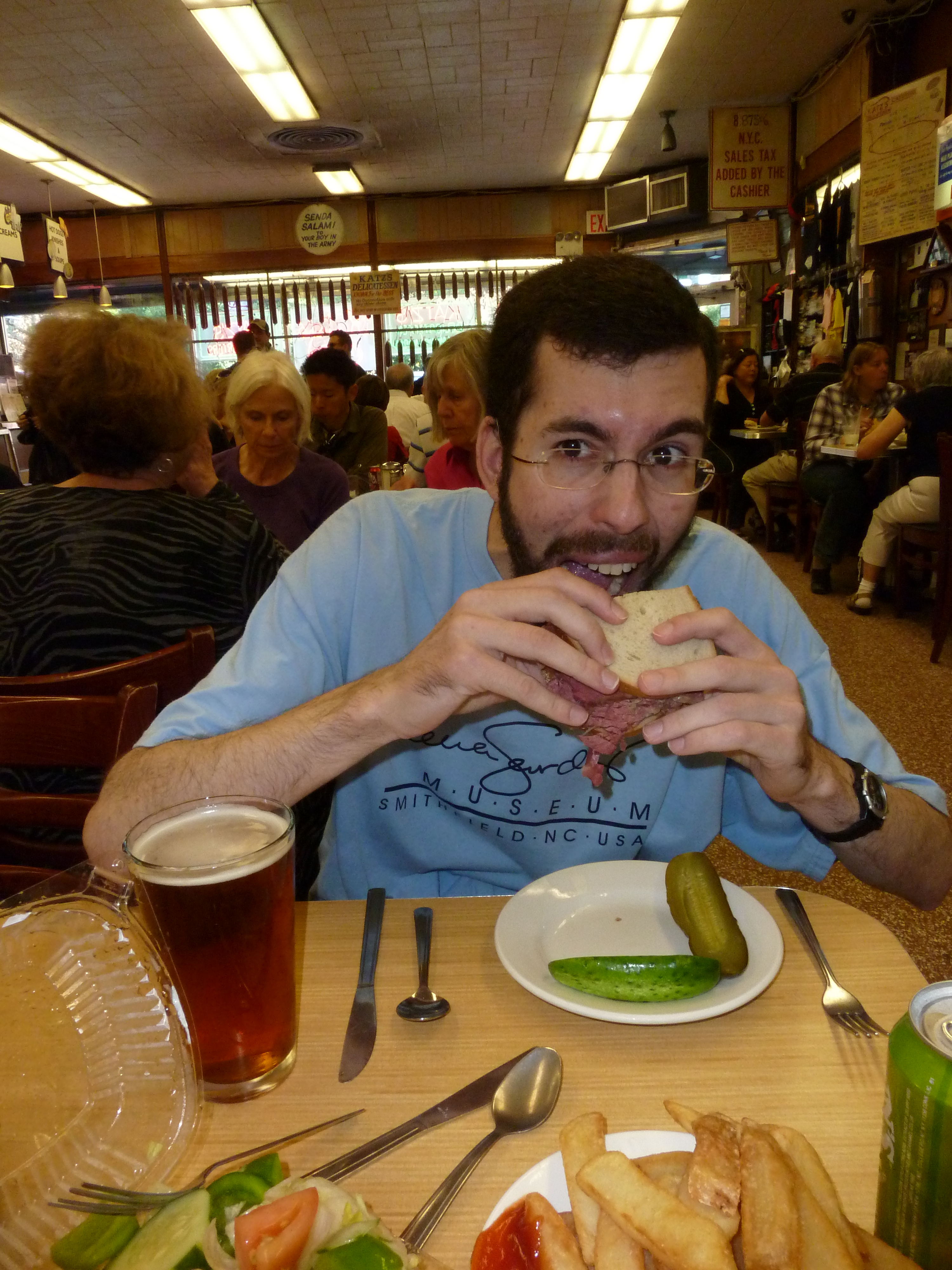 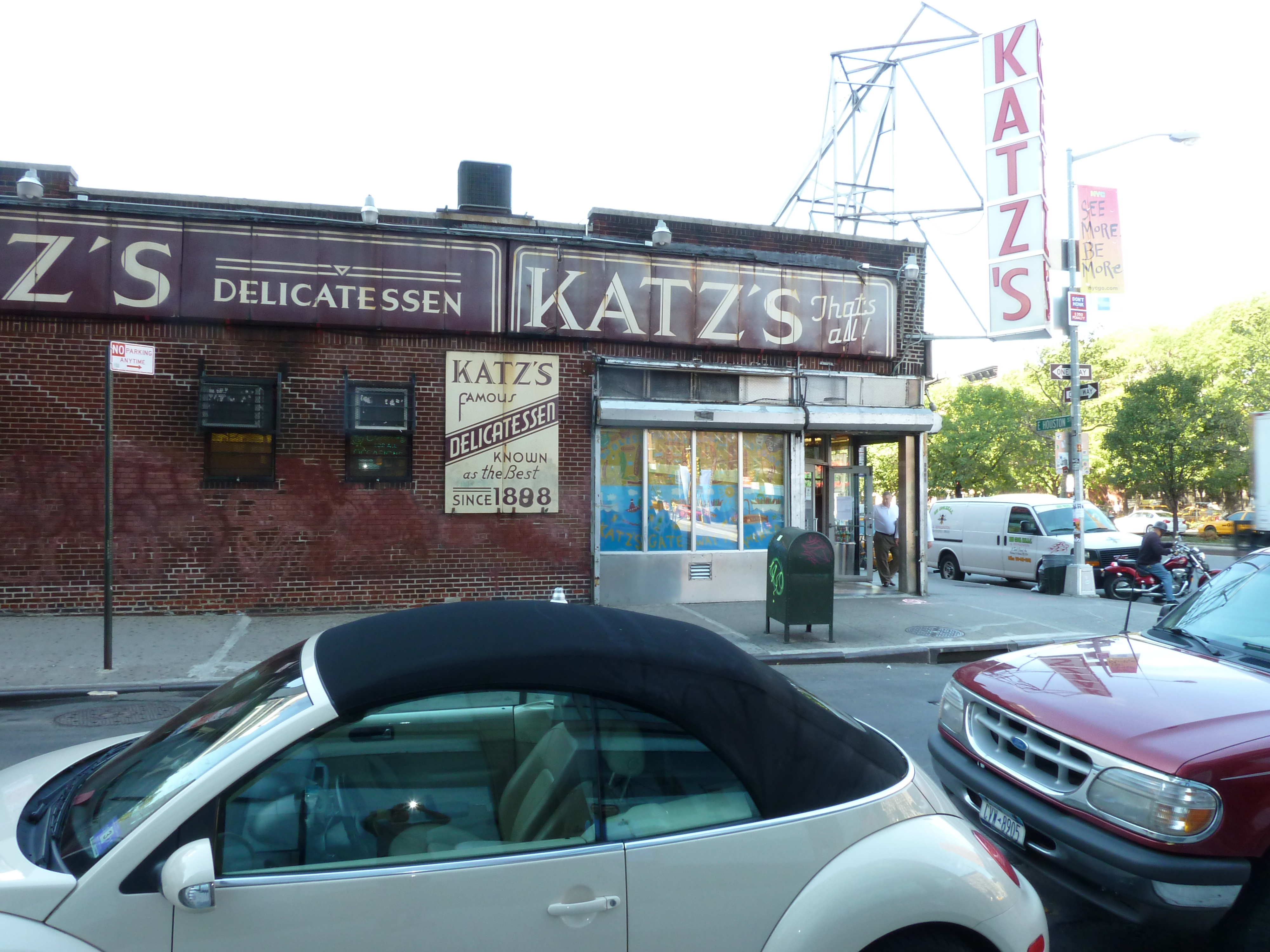 Here’s an old picture from WWII, still in the front window, with some information from Wikipedia. I have to say that if there is a Jewish physiognomy, this guy has it:

During the peak of the Yiddish theater, the restaurant was frequently full of actors, singers and comedians from the many theaters on Second Avenue as well as the National Theater on Houston Street. During World War II, the two sons of the owners – Lenny Katz and Izzy Tarowsky – were both serving their country in the armed forces, and the family tradition of sending food to their sons became sealed as the company slogan “Send A Salami To Your Boy In The Army”.[6] The slogan was coined by Izzy’s mother Rose Tarowsky, whose son served in the South Pacific as a bomber pilot. 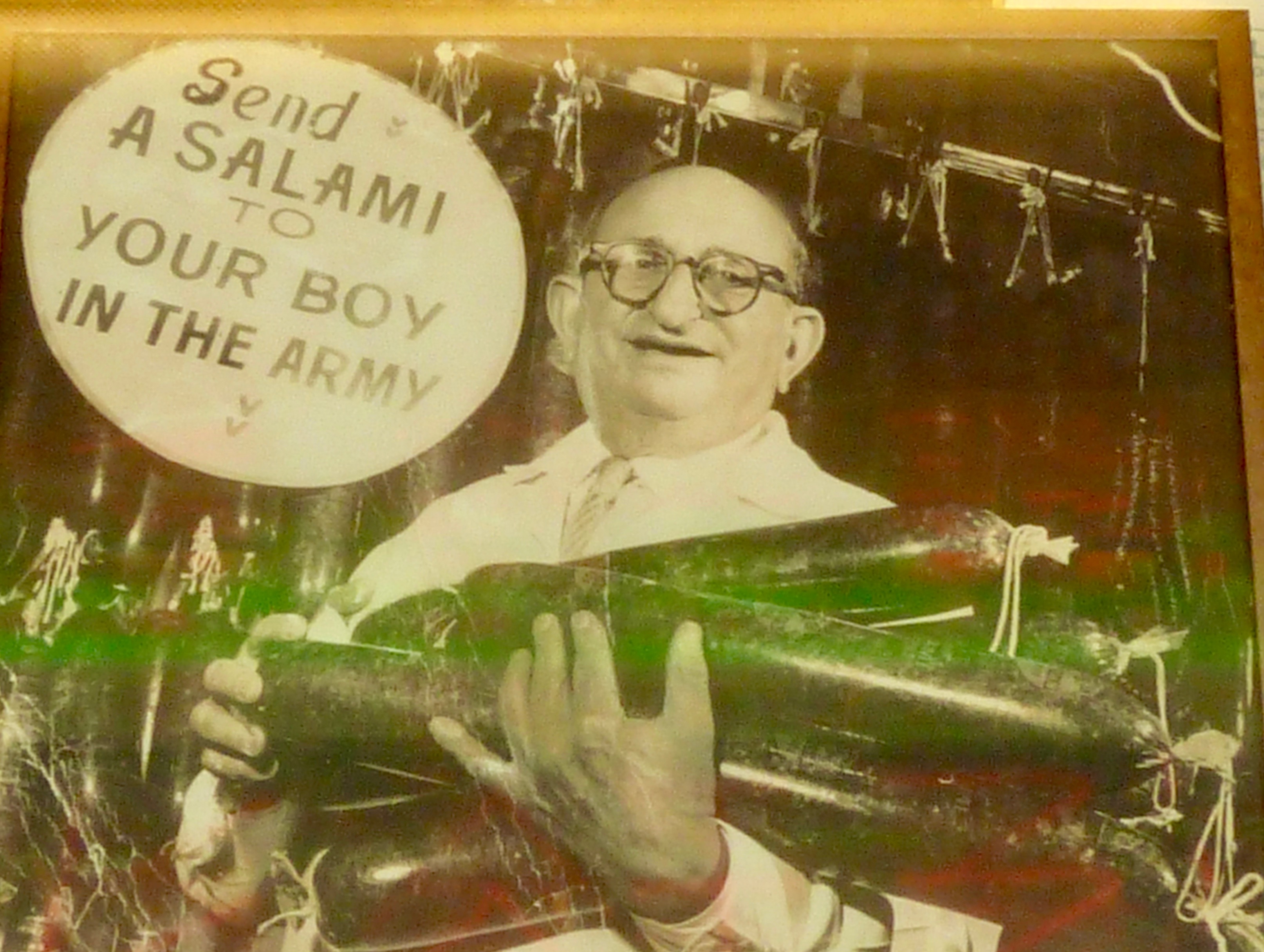 And there’s a bunch of bizarre holidays today, including Caesarian Section Day, National Dress Up Your Pet Day, National Poetry at Work Day, Take a Missionary to Lunch Day, and last but not least, Feast of the Ass, a medieval holiday celebrating the fictional story of Jesus, Mary, and Joseph’s flight into Egypt. It’s also known as the Festum Asinorum. You can send this card! 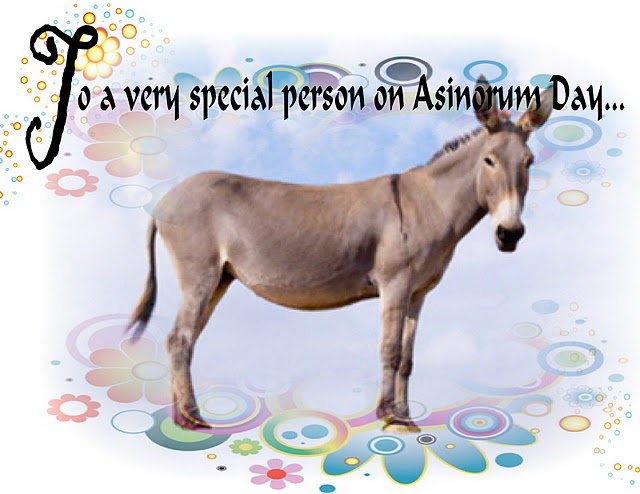 News of the Day: Bernie Sanders and Elizabeth Warren are having a contretemps: the latest is Warren’s claim that Sanders told her last year that a woman could not win the Presidency in 2020. Sanders denies it. Cory Booker has dropped out of the race. And there is nobody I am really enthusiastic about as a Democratic candidate (but of course I’ll vote for whomever is nominated).  Also, the Oscar nominations are out, and there is loud grousing that they are not diverse enough. Every minority group I know of has complained about being “snubbed” a word you often see in this connection. Having not seen all the movies or actors touted as having been snubbed, like Jennifer Lopez in “Hustlers”, I reserve judgment.

Stuff that happened on January 14 includes:

Queen Maud Land, desolate but fascinating, was named after Norway’s Queen (Amundsen also named a ship after her: the one he christened with ice). Although there are several national territorial claims in Antarctica, nobody respects them, and it’s the last continent where there really are no nations or colonies.  Read this article about Alex Honnold and other climbers scaling the peaks there in really cold weather.

Winograd was one of America’s best “street photographers”, snapping spontaneously with a Leica. Here’s one of his best photos: 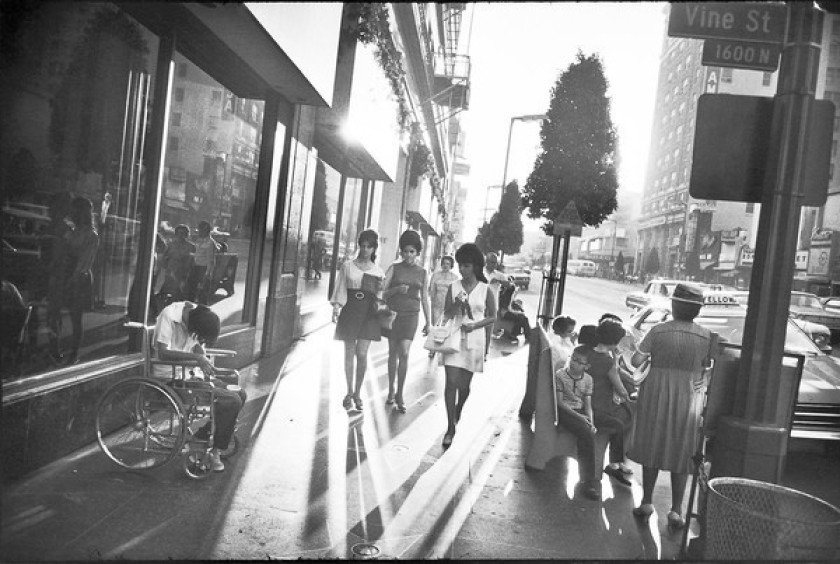 Those who went Six Feet Under on January 14 include:

Meanwhile in Dobrzyn, Hili is dissing the stray black cat that comes around. I hadn’t heard much about him, but Malgorzata explains:

This black cat whom we tried to tame is here every day. (He gets fed every day – Andrzej is putting out food for him in the woodshed – but we never managed to tame him.) He is much smaller than Hili but Hili is afraid of him. She is a bit ashamed of being such a coward and so she invents horror stories about him. One of them is that he is a follower of the most deceitful ideology she knows: Marxism.

Hili: A black cat!
A: Are you superstitious?
Hili: No, but I don’t like him; he is a Marxist. 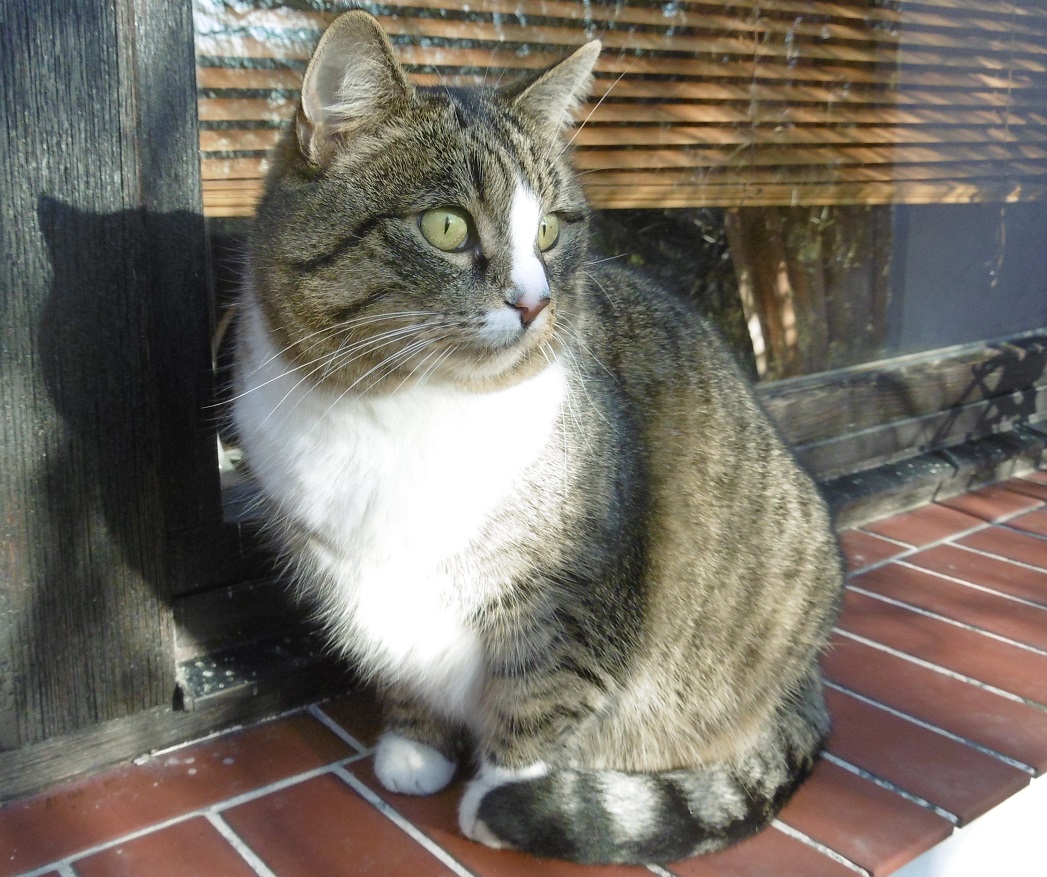 We have a special treat today: a photo of one of Matthew’s cats (he has three). His note (sent yesterday morning): “This is Pepper right now watching “cat TV” – Youtube vids for cats, consisting of birds…”

When I asked if there was a monologue, Matthew quotes his wife: “According to Lauren, who took the pic, Pepper was thinking ‘Why is that bird so big?’” 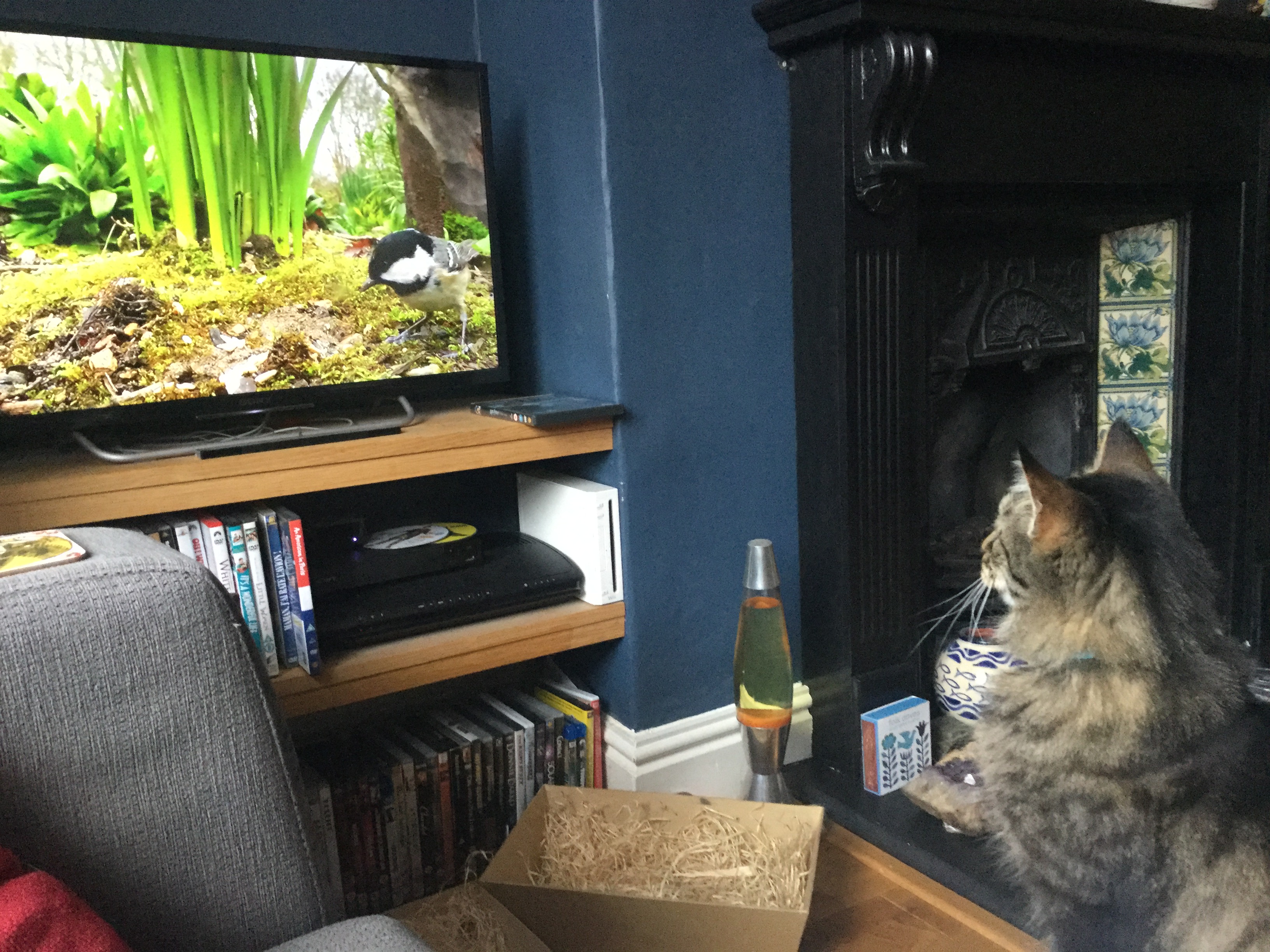 A meme from reader Laurie: 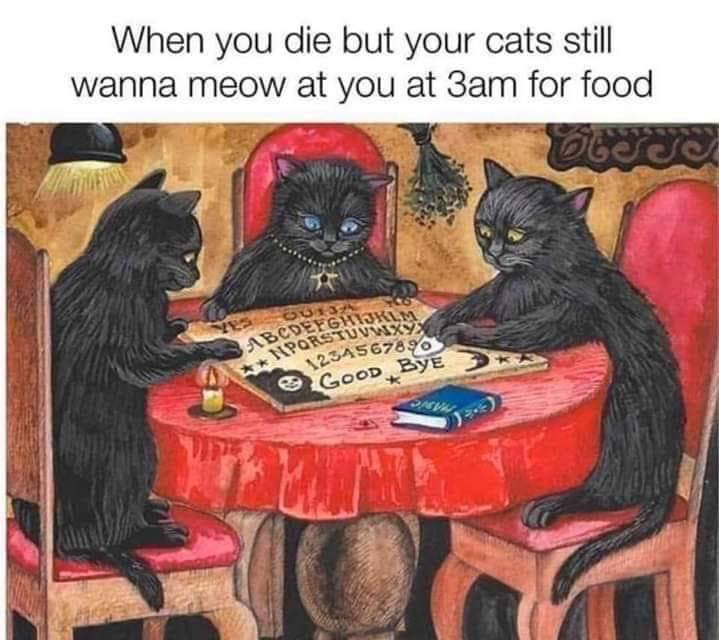 Another cat meme from Facebook. I hope you get it. 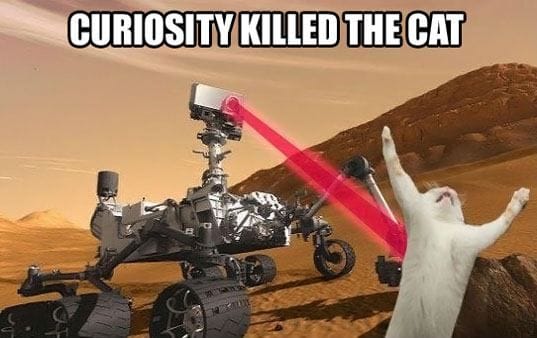 White people have NO RIGHT to culturally appropriate black hairstyles. 😡

(Unlike gender, which is totally fluid.)https://t.co/5cJnQhNYHe

Speaking of Titania, the Lancet, a respected British medical journal, has apparently gone woke as well:

At a time when there is a horrifying mortality crisis in the U.S. that stlil isn't fully understood, The Lancet, one of the most important medical publications in the world, decided to publish these sentences.https://t.co/z7aJLeIgUy pic.twitter.com/T7JDME2Rju

Yes, this really is a seal face viewed upside down:

[Edit from Matthew. This image has been photoshopped. This was pointed out in the thread, but the 41 Strange account seems to be more interested in clicks than in veracity:

Here’s a video of that frog:

Tweets from Matthew. First, an owl gets a rude awakening:

Oy! But this is nature, red in mandible and claw. Look at the tweet below this one, too:

As @stho002 points out, the thing that is emerging is a hyperparasitoid – it has grown inside *another* wasp larva that was parasitising the poor victim: "Interesting thing is that was an encyrtid wasp hyperparasitoid of a dryinid wasp that parasitised the hemipteran!" AMAZING

And have a look at the thread following this tweet:

This week, my firstborn asked me to teach him photoshop, which means we now have a lot of famous paintings with search and rescue vehicles added to them. pic.twitter.com/Y5KGzcFEBS