We had a respectable snowfall in Chicago last night: 1-3 inches, which began with freezing rain and sleet in the late afternoon. It’s messy out there now. Aware of the forecast, I warehoused the CeilingCatMobile in the University parking garage, where it’s safe and snow-free. There were 12- to 18-foot waves in Lake Michigan last night, and some local flooding. Over 1,100 flights were canceled at O’Hare and MIdway Airports, but now the frozen precipitation is done—for about a week.

Having just walked to work, I find that the streets and sidewalks are sheets of ice, and it was only my excellent balance that preserved me from a bad fall. Here’s a photo I took of the ice-covered streets: 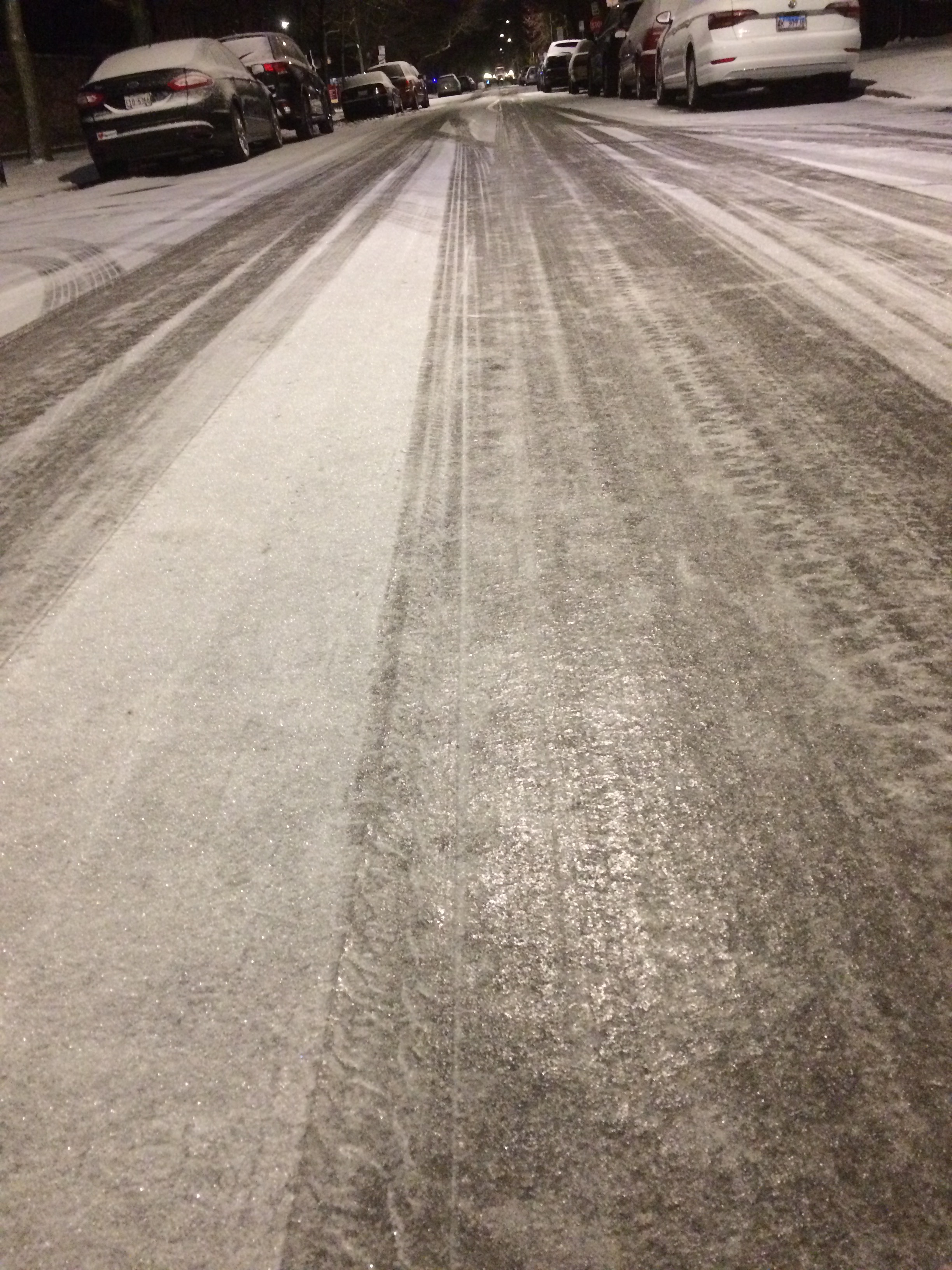 Stuff that happened on January 12 is scant; here are a few items:

Bedford died of metastasized kidney cancer at age 73, but the methods of freezing him then were primitive, and couldn’t prevent ice crystals from destroying some of his cells. He remains frozen after 53 years. Here’s a photo of him and of him being frozen:

Here I am on the QM2 November 19, 2006, doing a lecture gig on its transatlantic passage. If you dine in the main venue, you must wear either a dark suit or a tuxedo. Fortunately, I had a suit. And here I have a Gibson as well: 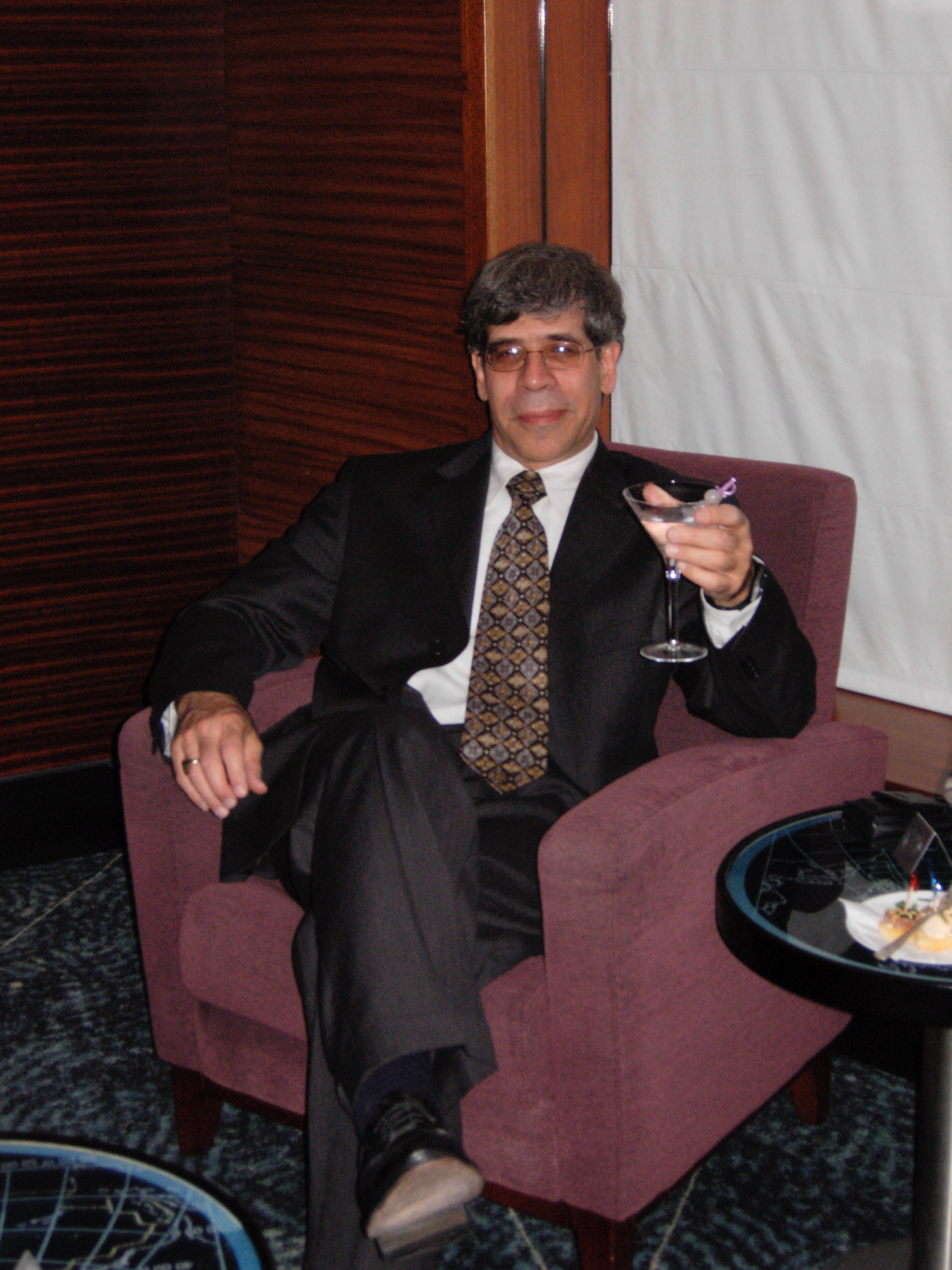 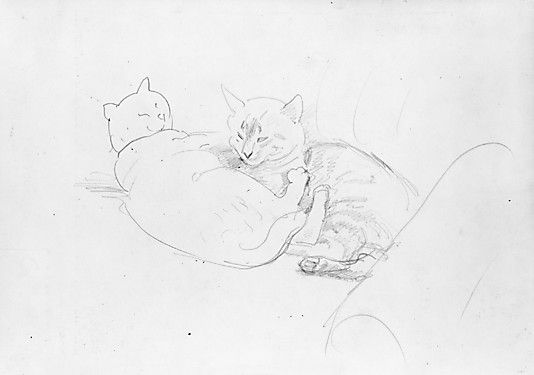 Those who kicked off on January 12 were few, and include:

Meanwhile in Dobrzyn, Hili is deciding whether to nap. Malgorzata explains:

A very lazy Hili is lying on a blanket and moaning that she is not sleepy—but except for sleeping she has no excuse to lie idly around. So she wants Andrzej to cover her with the blanket which will  possibly help her go to sleep , in which case she would be fully excused from doing anything useful.

Hili: Actually, I’m not sleepy.
A: And you are saying that in connection with what?
Hili: If you cover me I may go to sleep after all. 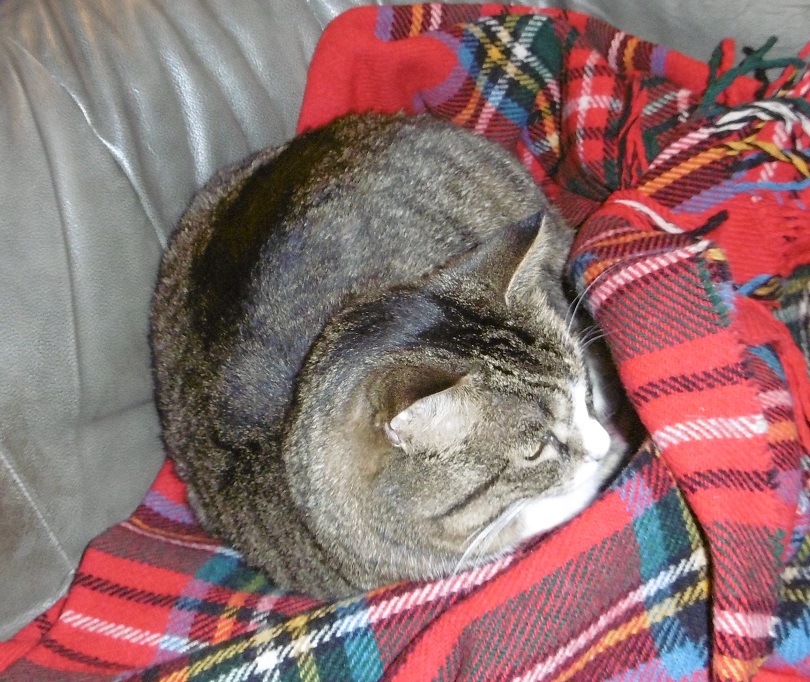 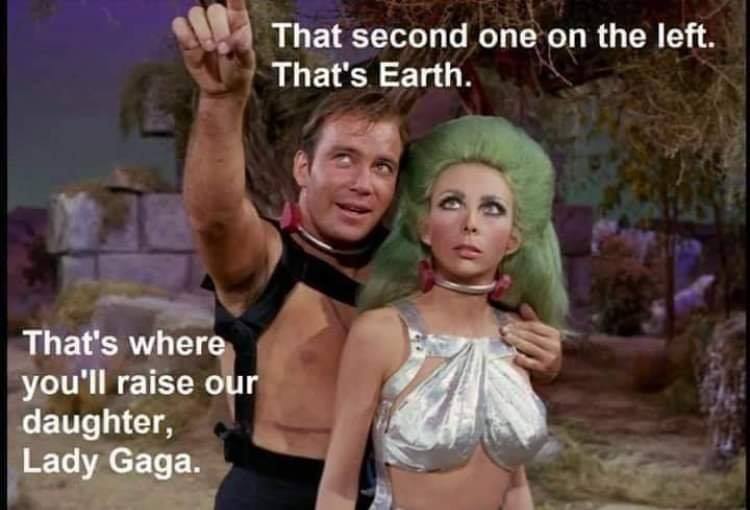 From Amazing Things, with the caption: “Awesome peacock wedding cake with cupcakes by Malizzi Cakes & Pastries.” 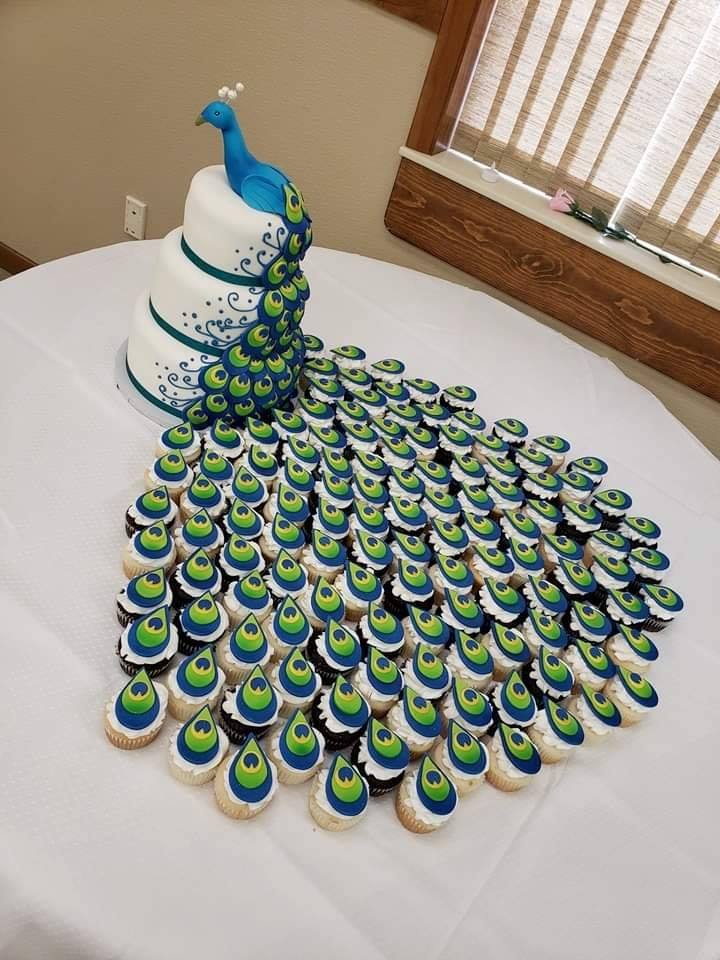 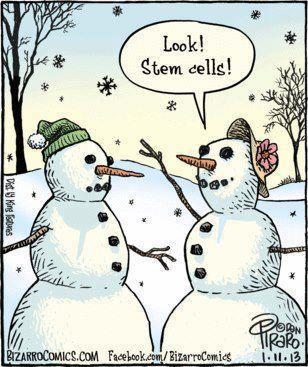 Two tweets from Heather Hastie. I know some animals have symbiotic algae in them (presumably the algae gain protection as the host gains nutrients), but I didn’t know that sea slugs did that:

It’s hard to believe this tree is real, but it is, and this photo isn’t faked, except that one commenter in the thread says that the blue color is a “camera and light effect.”

Tweets from Matthew. This one he sent with a message in capslock:  “Well HE HAS OBVIOUSLY BEEN LIVING WITH SOMEONE ELSE”:

GUYS. My mum's cat Jaffa has been missing for two and a half YEARS. He has just been FOUND. I AM SCREAMING. pic.twitter.com/7a0F4HEI0x

Kitty and donkey friendship. Grania, who was a big fan of interspecific friendships between animals, would have loved this:

Interspecies friendship of the day. pic.twitter.com/e95aG8XtHh

Sound up. Look at that vortex, also known as a “waterspout“.

Exceptional video of the vortex forming along the cliff of Beinisvørð – a 470 m high sea cliff, the highest sea cliff in Suðuroy, the Faroe Islands on Jan 6th, 2020. We thank Helen Wang for the report, the video was recorded by her brother Samy Jacobsen – posted with permission. pic.twitter.com/FMALjZpvSt

Prescience and clear thinking from my academic grandfather (Ph.D. advisor of my Ph.D. advisor).

In 1962, Dobzhansky wrote more clearly about human ethics and biology than most stuff I've read in the last few years. Thanks @kph3k for sharing this masterwork. https://t.co/PG1vD4MAMy pic.twitter.com/5fJUO9yLcN

This is ghoulish but fascinating, like “Night of the Living Dead” I’ve put the linked movie below the tweet.

#MOLLUSKMONDAY #MolluscMonday Ever wonder what would happen if you put a juicy fish out in a pool of water where a SWARM of HUNGRY Nassarius like snails is nearby?? Nifty TIMELAPSE scavenging! https://t.co/91XUOjMZ9s pic.twitter.com/PWKxNcAWwf

And an even more ghoulish view: