Because of a paucity of readers’ wildlife photos (I do have some, so if you sent them have patience), I’m deferring posting those till tomorrow, replacing them with a SQUIRREL CENSUS post by Greg:

We’ve long been fans of squirrels here at WEIT, and so I was quite pleased to come across the following item in the New York Times, a combination of text, audio, video, and stills, on a census of the gray squirrels (Sciurus carolinensis) in Central Park. (Be sure to have the sound on for the squirrel vocalizations.)

And it’s not just because it’s squirrels– it’s the location, too. Research takes me every year or two to the American Museum of Natural History, which is located on Central Park West between 77th and 81st Streets, and I often walk across to Central Park to have lunch, where I enjoy the wildlife, including the squirrels. Mike Klemens of the American Museum did a herpetological inventory of Central Park, which I’ve remarked upon here at WEIT (the only herps I’ve ever seen are turtles in Turtle Pond), so I’m glad to see the squirrels get their due.

The Times also had two earlier articles about the start of the census, here

Going through the multimedia piece on the results of the inventory, I noticed this photo. . . 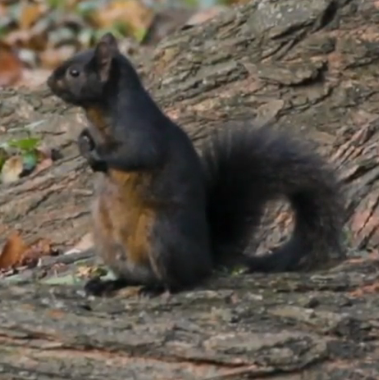 . . . of a melanistic squirrel in the Park. This is interesting for two reasons. First, I didn’t know there were black squirrels in Central Park—I’ve never seen one. (In New York City, “black squirrels” are a color form of the gray squirrel; in other places, the “black squirrels” may be fox squirrels, Sciurus niger.) Second, it shows that the black squirrels are not all blacks (sorry, New Zealand!), but usually have some reddish color in them. In the one above, the belly is quite extensively reddish; in black squirrels I’ve gotten close enough to see, there’s usually some red color on the back, although their appearance depends on the lighting; and from a distance they may appear all black.

I was hoping to look at the report of the squirrel census to see the prevalence and distribution of the black squirrels (as well as to find other fun squirrel facts), but was disappointed to find that the report will cost you $75! But, a single ring chart was visible on the census website—in a copy of the report opened to show what you would be paying for—and this chart shows that there were 140 black squirrels out of 3938 squirrels whose color was recorded: a frequency of 3.56%. (There’s also mention of a more common “cinnamon” morph, but I’m not convinced that’s a distinct morph.)

The Times piece also provided some bits of data. From the following figure, I was able to determine that of 2969 squirrels with a known color depicted, 103 were black, for 3.47%. (The “white” squirrels in the figure, 54 of them, are actually blanks—squirrels with no color data recorded. The pie chart had 74 such missing-data squirrels.) 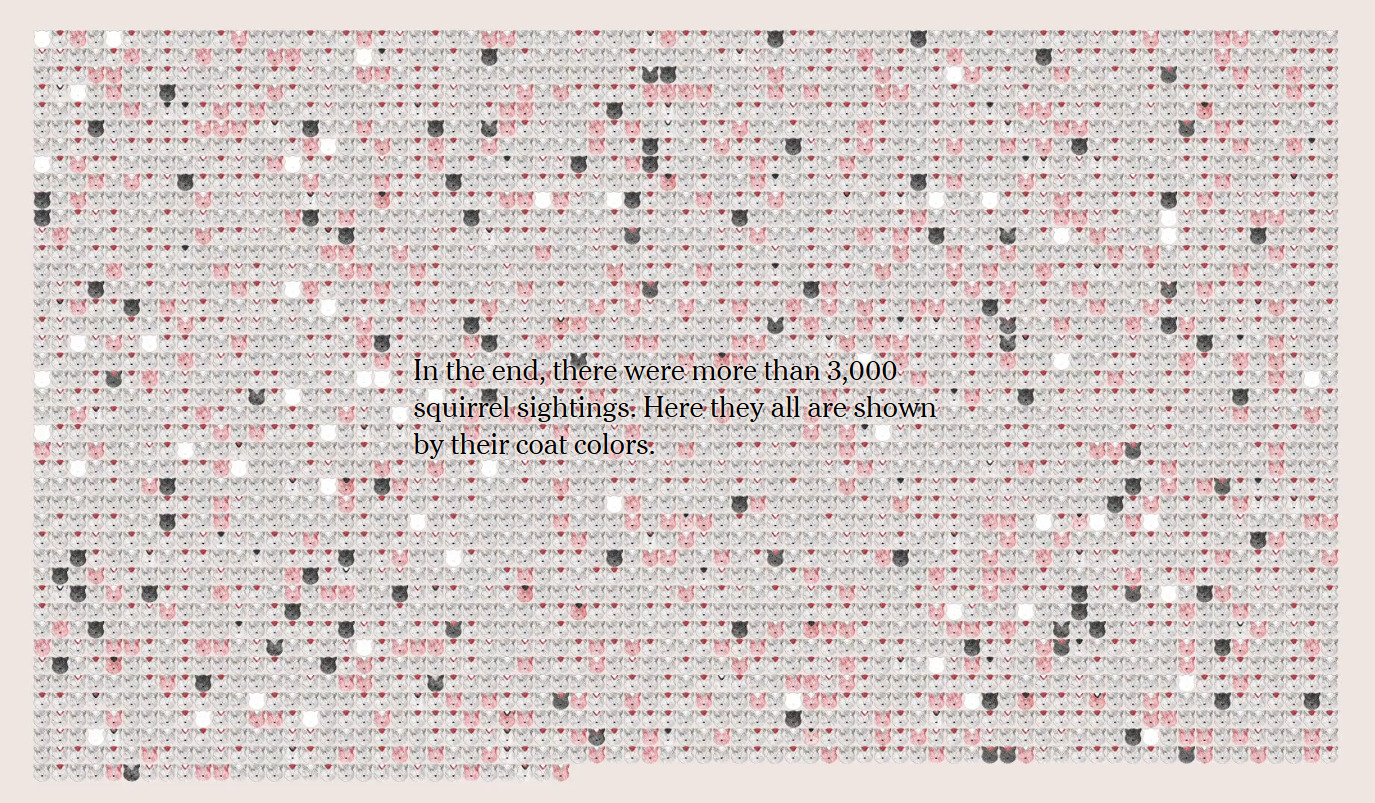 I’m not sure why there are 3023 squirrels total in the Times‘ figure, but 4012 in the ring chart, but the two estimates of the prevalence of the black phase, 3.56 and 3.47%, are very close. It’s no wonder then, that the handful of squirrels I would see during my Central park rambles would not include any black ones.

In a nice “squirrel map” of all the sightings in Central Park in the Times piece, there are about 3 or 4 black squirrels recorded in the part of the park between the American Museum and the Turtle Pond, so they do occur there, but, again, at low frequency, so no surprise I haven’t seen them.

(Here are some earlier WEIT posts on color polymorphism in squirrels.)