Well, I’m not sure the cartoon I found is in favor of women voting, but I saw it as part of an exhibit in our Regenstein Library across the street. One good thing about where I work is that the main library is directly across the street, so I can get any book available within about 10 minutes. As lagniappe, the Collections Department often puts up cool displays of rare and archival material. Today, when I went over to get the book Zorba the Greek (I’ll tell you why later), there was a suffragette exhibit of old materials published before women got the vote in the U.S.

Women’s suffrage didn’t in fact become law in this country until 1920,after the states ratified the Nineteenth Amendment to the Constitution. But the movement began well before that—in the mid 1800s.  This cartoon, from a local Chicago paper, appeared 7 years before women got the right to vote. I put it up because the women are being helped in their cause by CATS. I took pictures through the glass with my iPhone.

The cartoon (note the caption: “college boys” are perceived as anti-suffrage!) 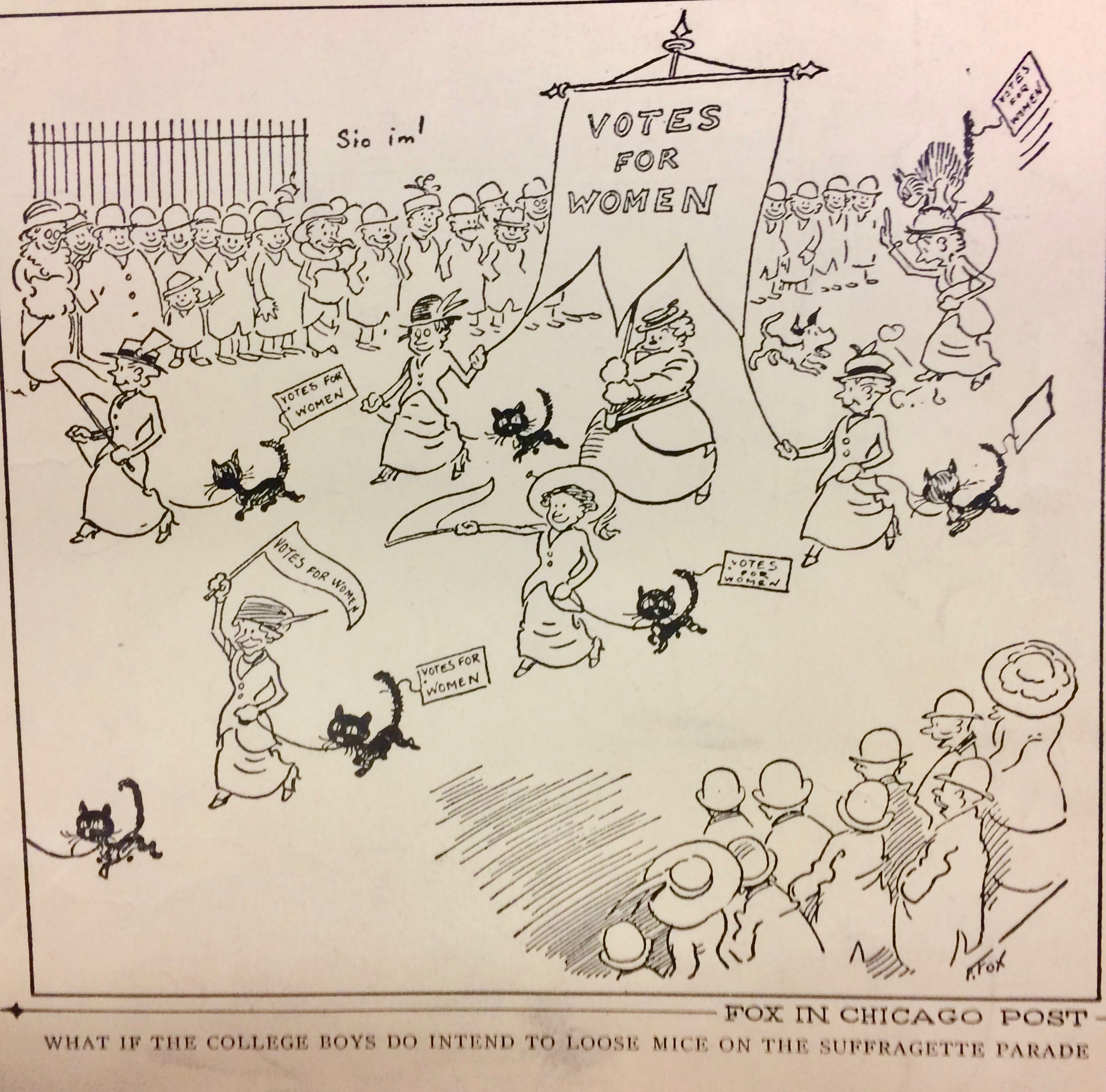 20 thoughts on “A suffragette cartoon”