We have two contributions today. First are some photos from reader John O’Neall, whose notes are indented. If you can identify any of his insects, please put the IDs in the comments.

I’m not sure these qualify as “wild”, although at least one does qualify as dangerous. The pix were all taken in my backyard.

This one I found on a drain chain. My science is physics, not biology (but I’m learning, thanks to WEIT), so I have no idea what he (or she) is called. She’s quite pretty, though. 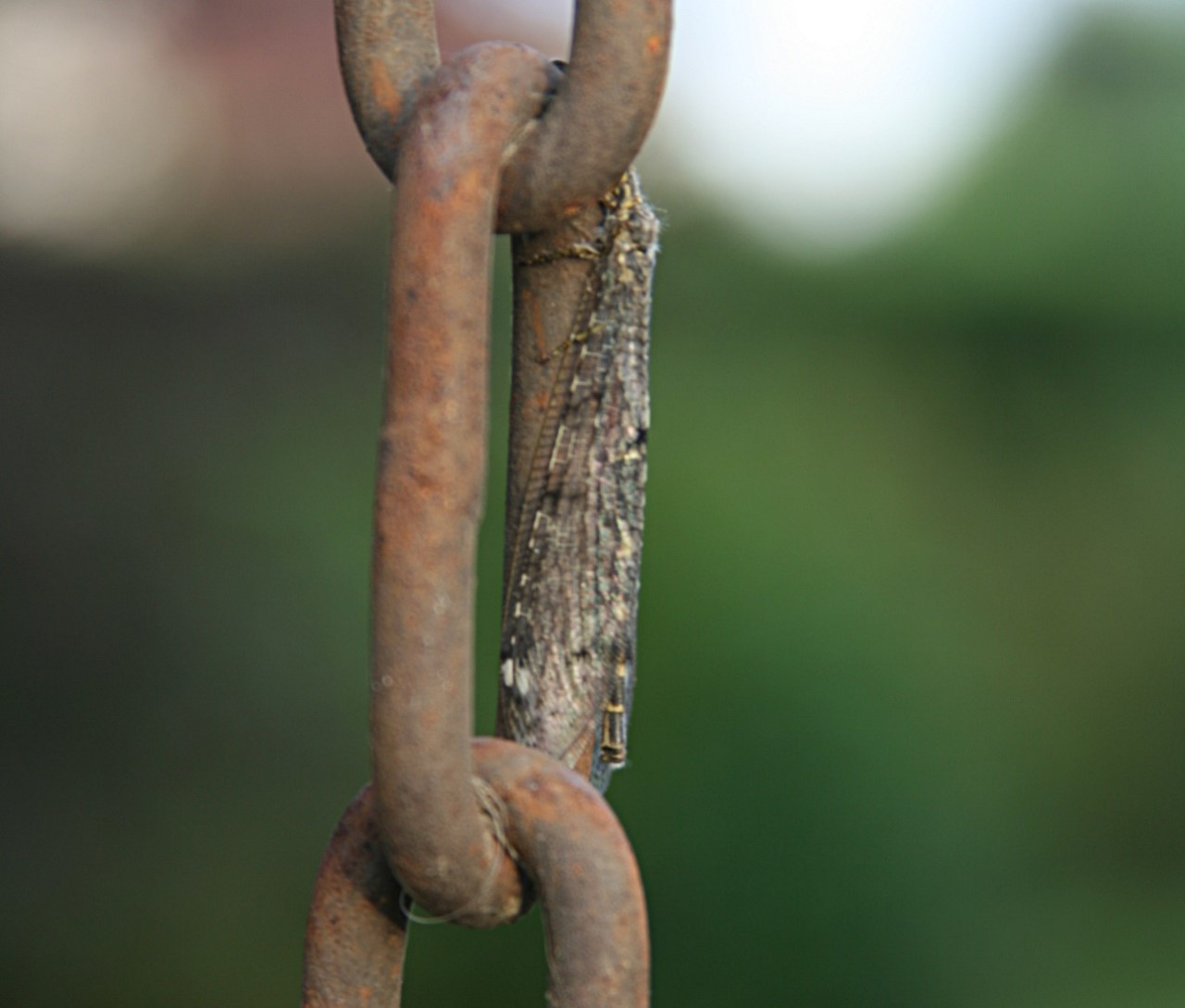 The next one is a chap who came back several years in a row to my composter, then disappeared for several years, and came back last summer. I think of Poe’s story of course. He is quite lovely, in my opinion. I don’t imagine it’s the same one. 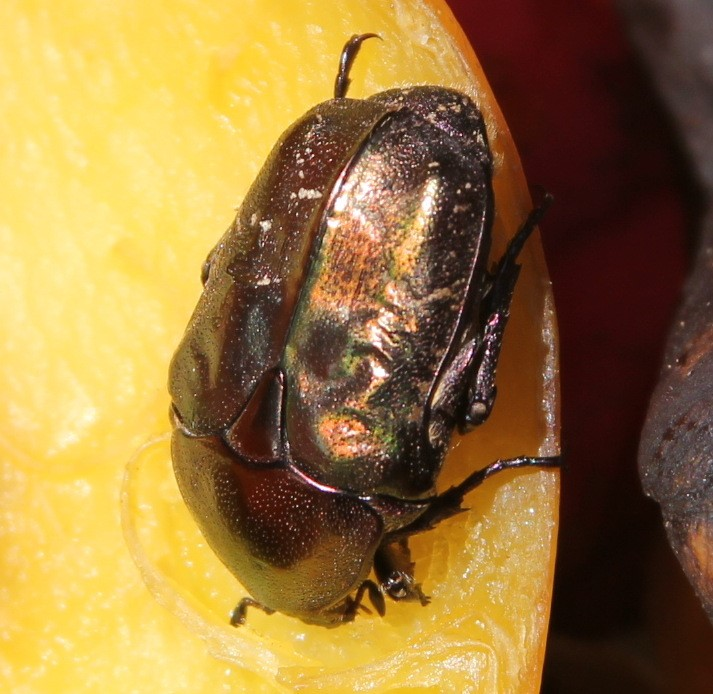 Next is a more menacing variety, the one I said is dangerous. We had a gorgeous pine tree in the back yard, but it became infested with these things. I didn’t know until I came our one morning and found this: a line of pine processionaries about 5 meters long. They are really nasty things, with poisonous barbs which fly up if the caterpillars are disturbed. If an animal gets the barbs in its eyes or on its tongue, it can go blind or suffocate from a swollen tongue. They are curious in the way each one hangs onto the tail of the preceding one. I used a long stick to push one aside, and it went right back to its place in line. 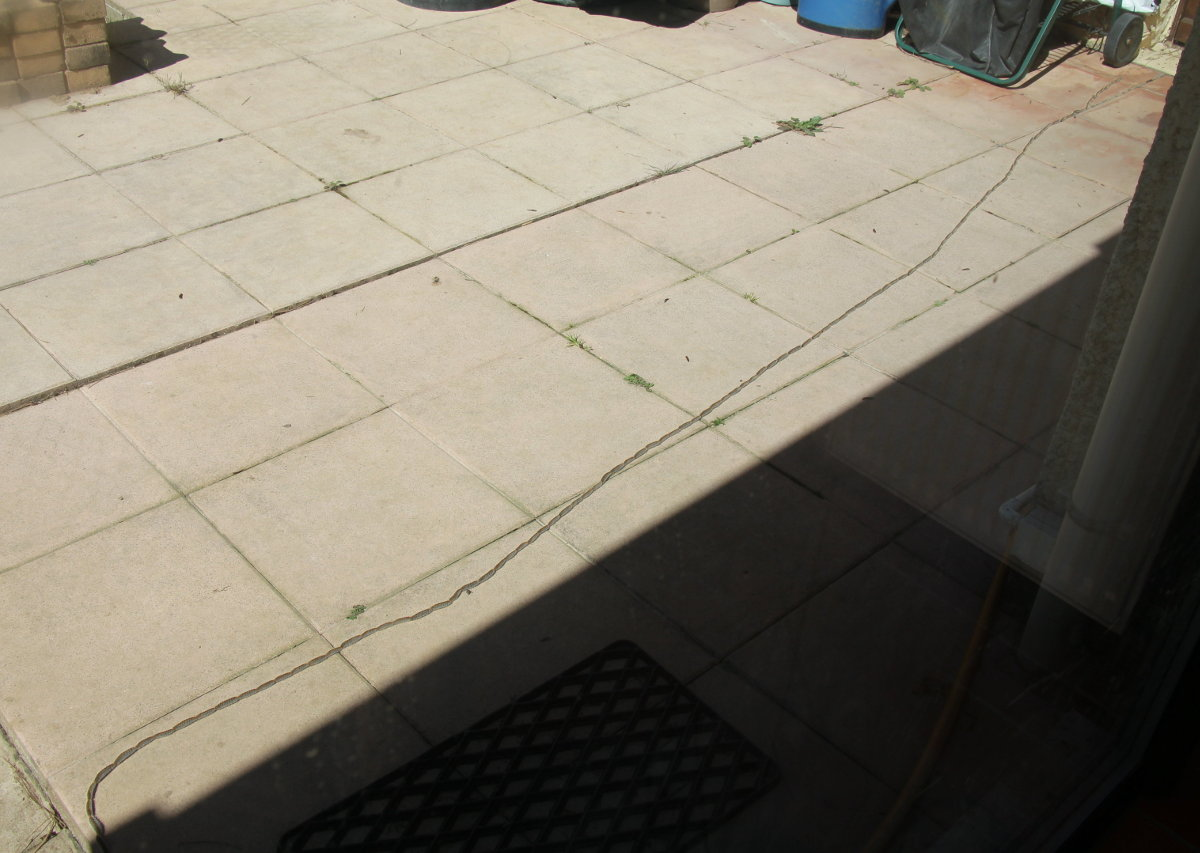 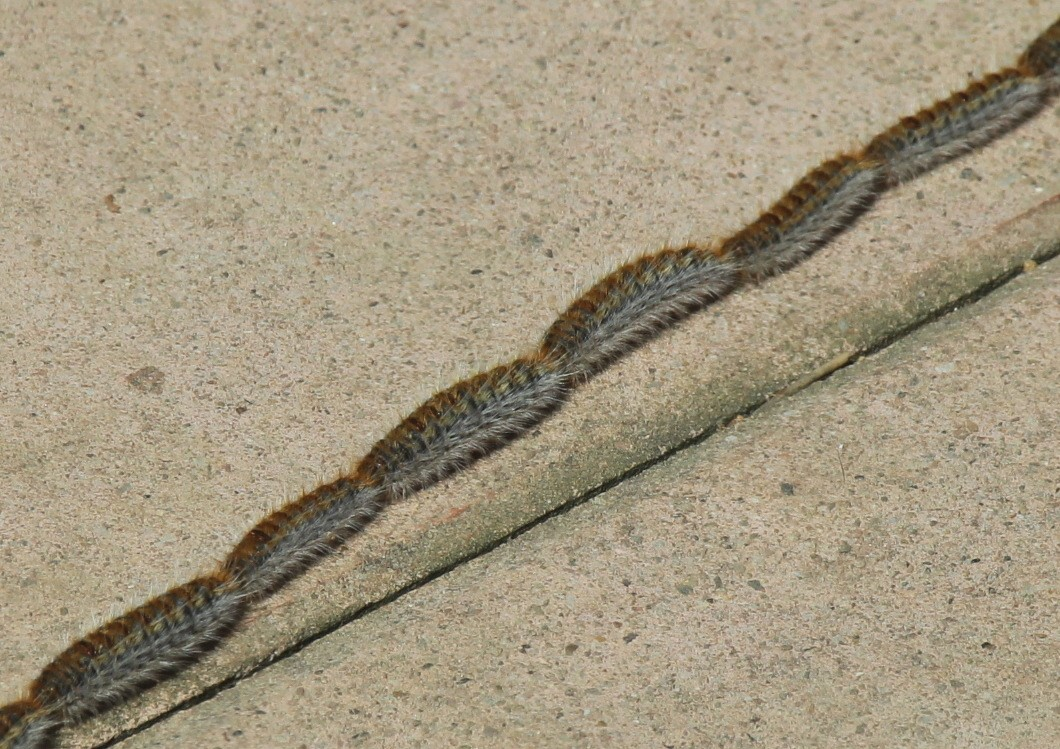 For years, we had insects which are a kind of shield bug and which are here (France) called gendarmes, yes, like those gendarmes. In Latin, Pyrrhocoris apterus [JAC: the “firebug”]. The patterns on their backs are quite pretty. They occurred in huge numbers on the fruit of hibiscus althea. Trouble is, we have seen almost none last year, just the few you see in the pic. The gendarmes are the ones with the white and red spots. 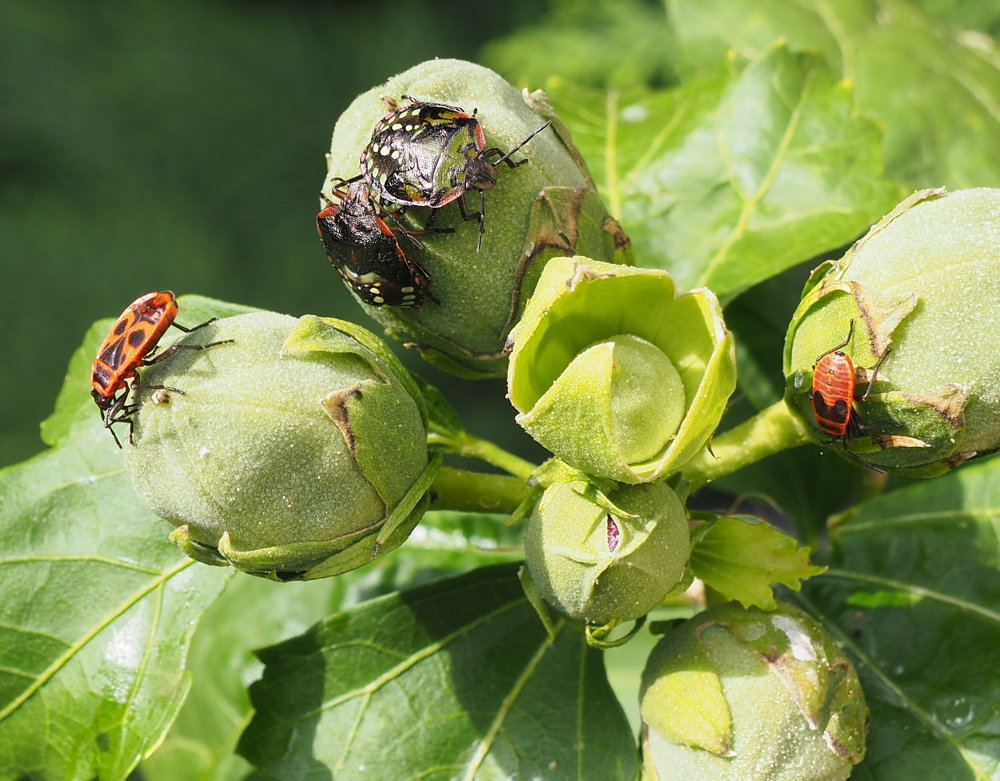 They have interesting sex lives, sticking together thru thick and thin for hours, if not days. But now they are being displaced by another variety of insect, with a mass of colors. I don’t know what they are called. I call them gendarmes nouveaux. 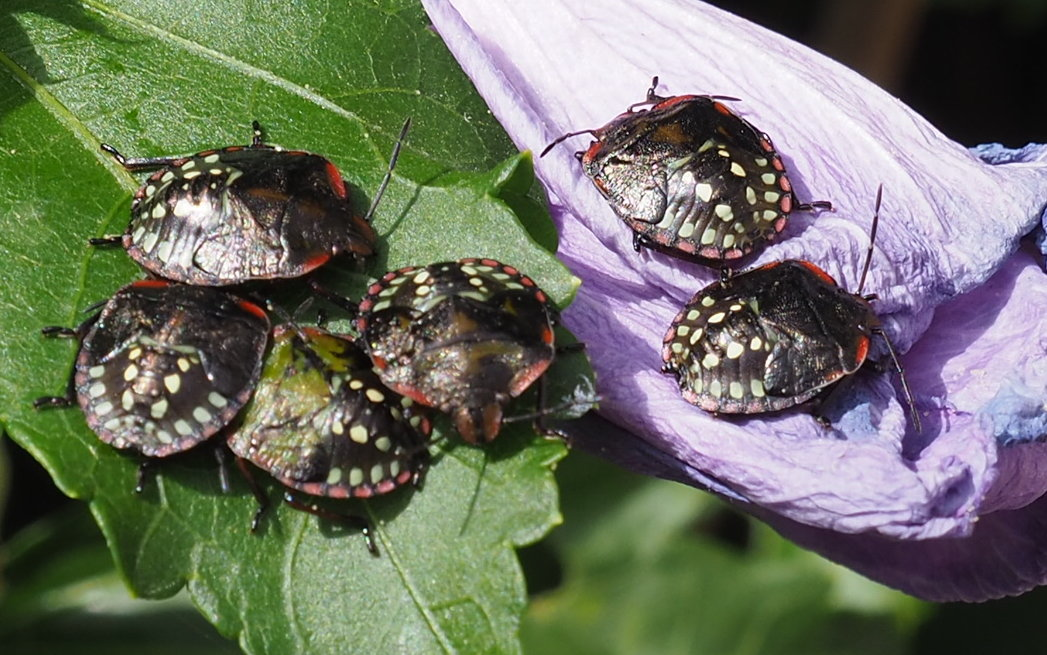 Recall that earlier today you put up the video of the eagle going after the birds on the water. I suspect the prey in question were grebes.  During the winter a few years ago when I was still living at the lake in Iowa, I took several photos of this little guy one day. [JAC: I’m showing one; does anybody know the species?] 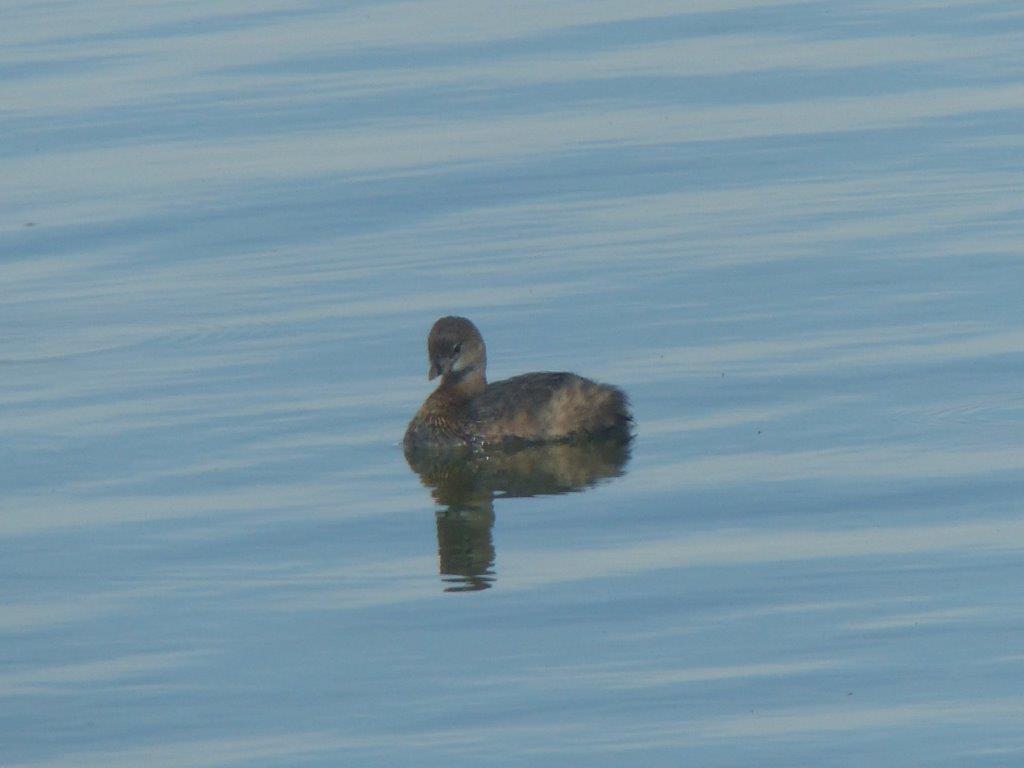 During that same winter, as things would thaw out, the bald eagles (Haliaeetus leucocephalus) would show up to check things out for fish in the ice.  After a long freeze the kill of fish would be in the ice just waiting to warm up. The eagles keep close watch and cover the area to claim the fish during the thaw.  This particular lake is shallow so a long hard freeze would usually kill some fish.  Notice the third photo has about 7 juveniles and one adult. Lots of young eagles.  The last one is kind of an action photo. 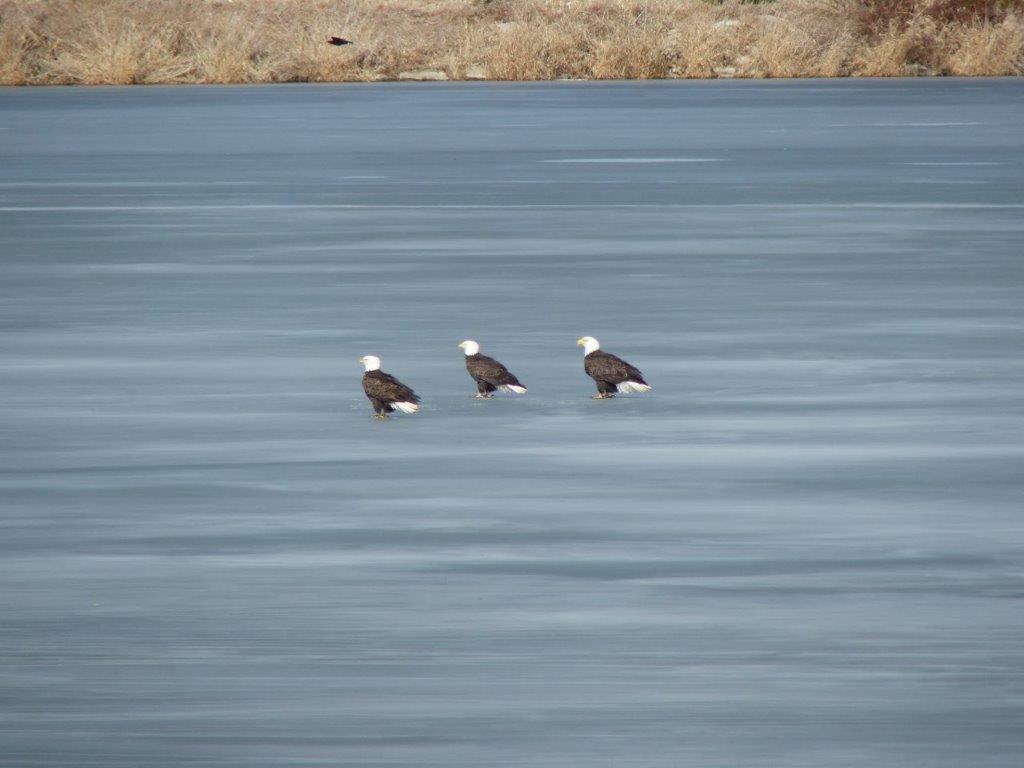 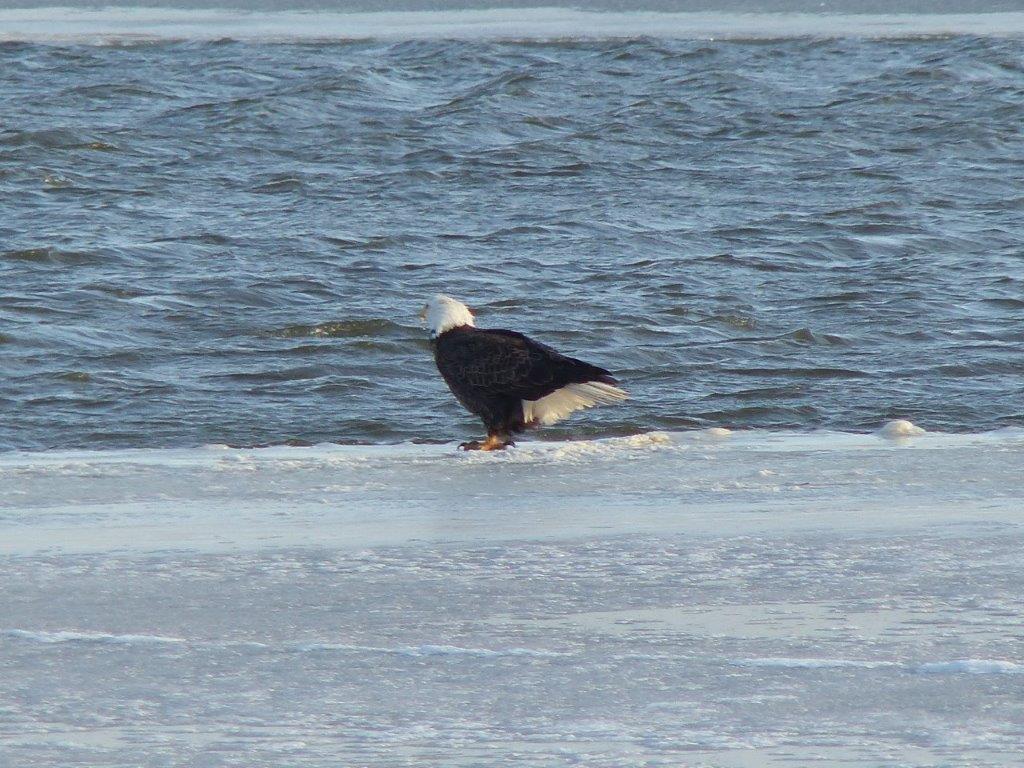 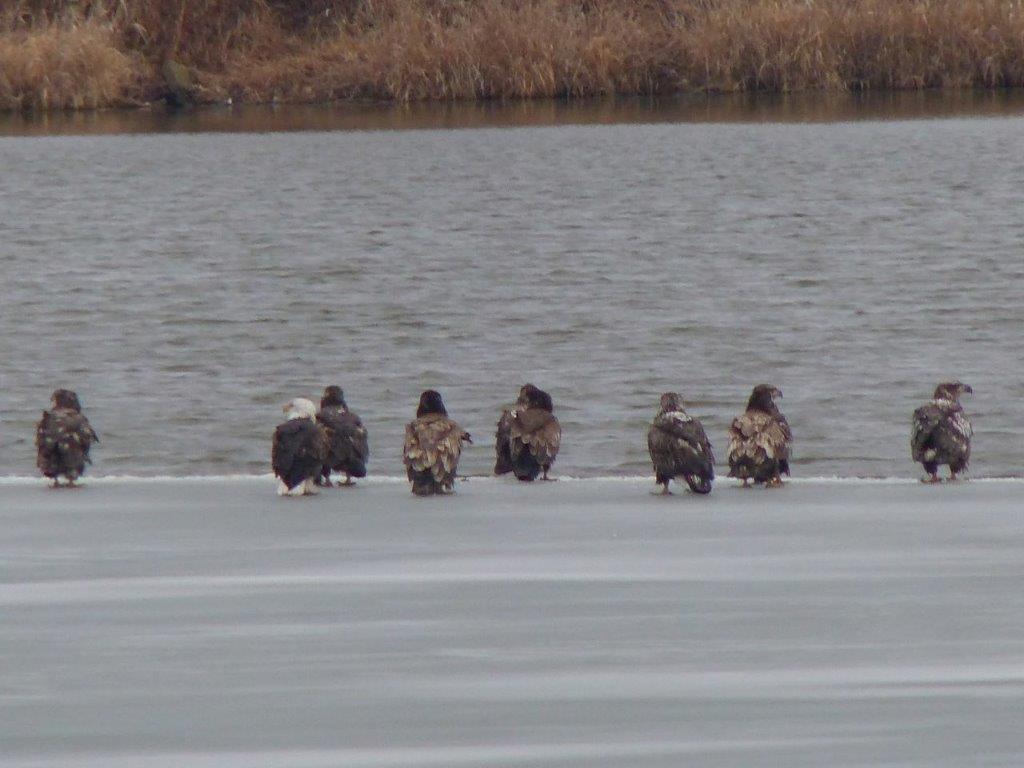 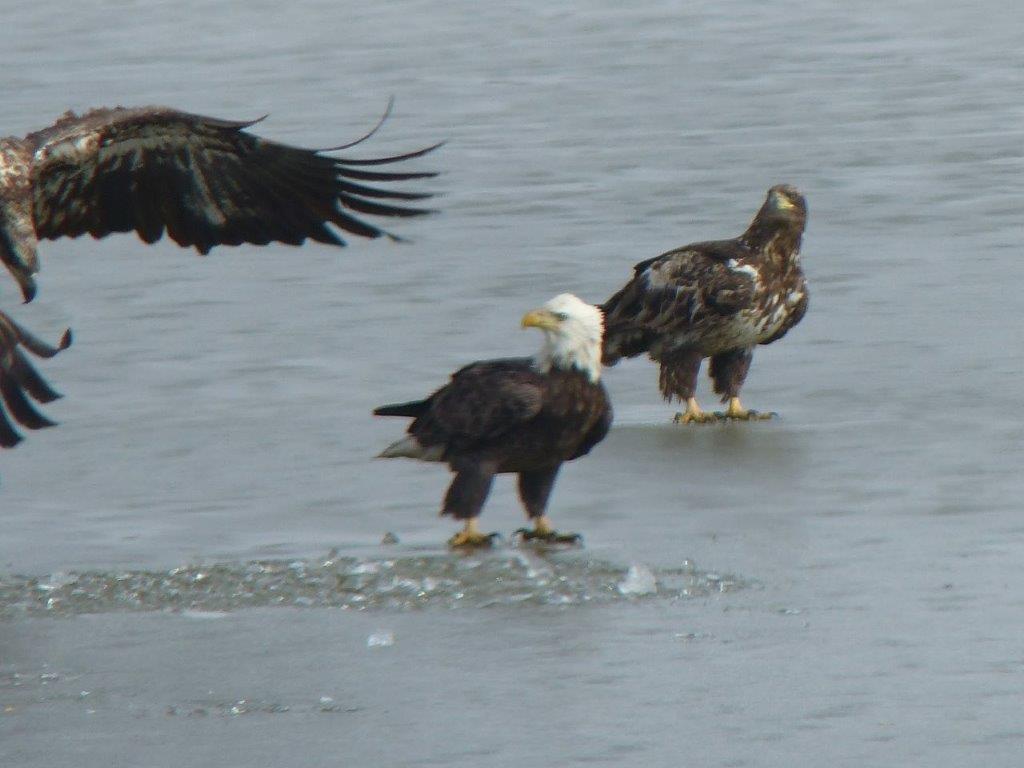 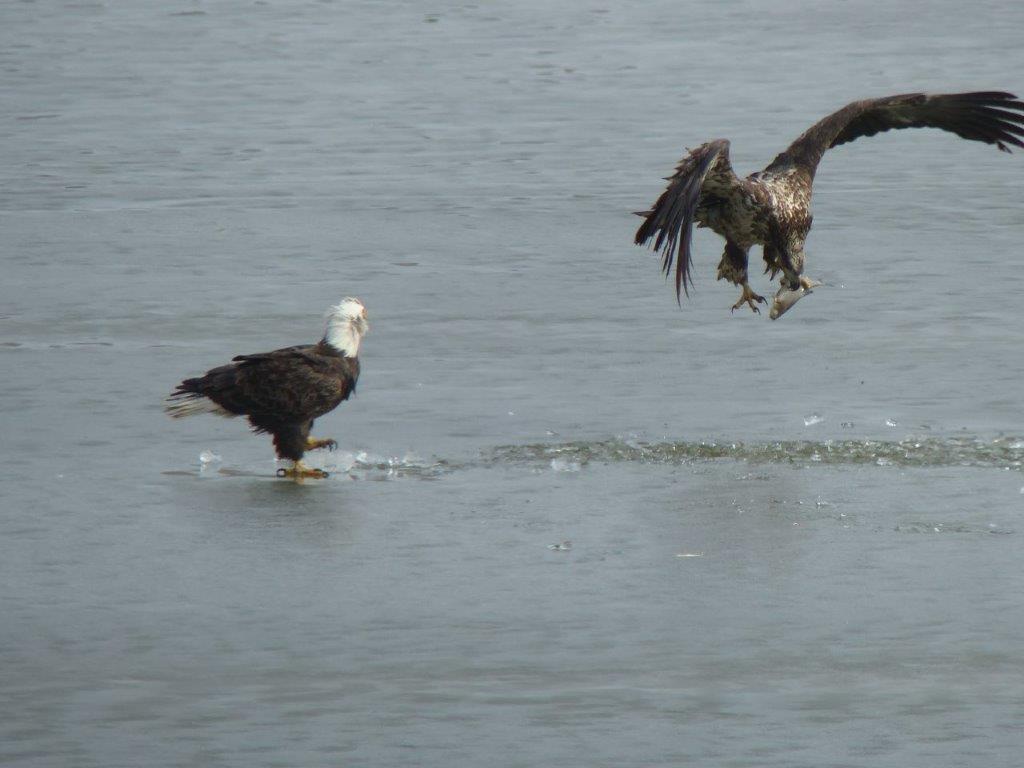 I have seen close to a hundred eagles on the lake during a really busy period.  Eagles would much rather do this than try to catch a live bird on the water.