I originally called this post “Lying for Jesus,” but that’s not quite accurate since the church that posted the sign below (seen on a walk in Hyde Park yesterday) may really believe in the virgin birth.  What bothers me about this sign is that it uses a delusion to prop up a good cause. (Actually, two delusions: the existence of a wonder-working Jesus figure, and the claim that he was sired by God). Also, it’s somewhat hypocritical since the Bible condemns homosexuality in other places. 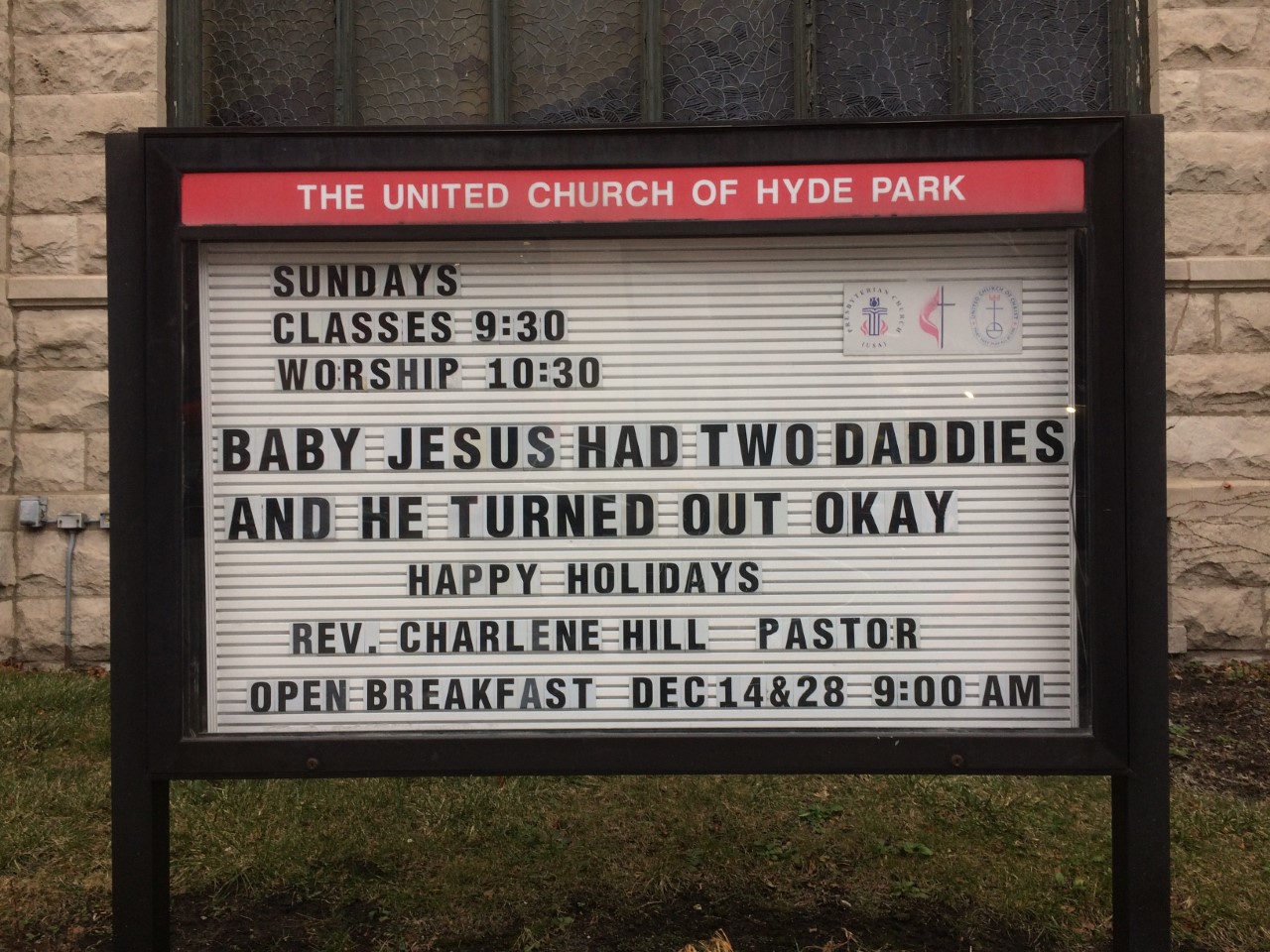 Of course, this is cherry-picking scripture, for the Bible also contains homophobic phrases that have long been the basis for Christian opposition to gay behavior, gay marriage, and so on. To wit (all from the King James translation):

Thou shalt not lie with mankind, as with womankind: it is abomination. (Leviticus 18:22)

If a man also lie with mankind, as he lieth with a woman, both of them have committed an abomination: they shall surely be put to death; their blood shall be upon them. (Leviticus 20:13)

For this cause God gave them up unto vile affections: for even their women did change the natural use into that which is against nature:And likewise also the men, leaving the natural use of the woman, burned in their lust one toward another; men with men working that which is unseemly, and receiving in themselves that recompence of their error which was meet. (Romans I:26-27)

Knowing this, that the law is not made for a righteous man, but for the lawless and disobedient, for the ungodly and for sinners, for unholy and profane, for murderers of fathers and murderers of mothers, for manslayers, for whoremongers, for them that defile themselves with mankind, for menstealers, for liars, for perjured persons, and if there be any other thing that is contrary to sound doctrine (1 Timothy 19-10).

It’s not smart for religionists to justify gay marriage—or homosexuality in general—using scripture. Although it’s well meaning, and the church above is on the right side of morality, this kind of scripture-based argument is hoist with its own petard.  What would Pastor Hill say if I quoted Leviticus to her?

59 thoughts on “A bad argument for a good cause”