Although Ken Burns has now removed the free episodes of his “Country Music” series from his website, there are still extra features you can watch.

One of them is a half-hour clip of country musicians, producers, and writers being asked to name the one song that they think best represents country music. At first Burn’s crew just asked people to name their favorite song, but found that it worked better to ask people if (like Carl Sagan) they were going to send one country song into space for aliens to hear, which song would best represent the genre. To me that means not the “best” country song, but the one that best combines all the elements that define country music.

There was far more unanimity of opinion than I expected, but if you have some time, go listen to their answers (click on the screenshot below).  If I were to name one song, I suppose my choice would be “I’m So Lonesome I Could Cry” by Hank Williams, and indeed, several people chose that one.

But there was another song that blew all the others away. Try to guess; I’ll put the answers below the fold. I’m sad to say that before I saw Burns’s documentary, I’d never even heard of that song.

And, if you know at least a little about country music, put your choice in the comments.

So click on the screenshot, watch the video, and then click “more” to go below the fold. 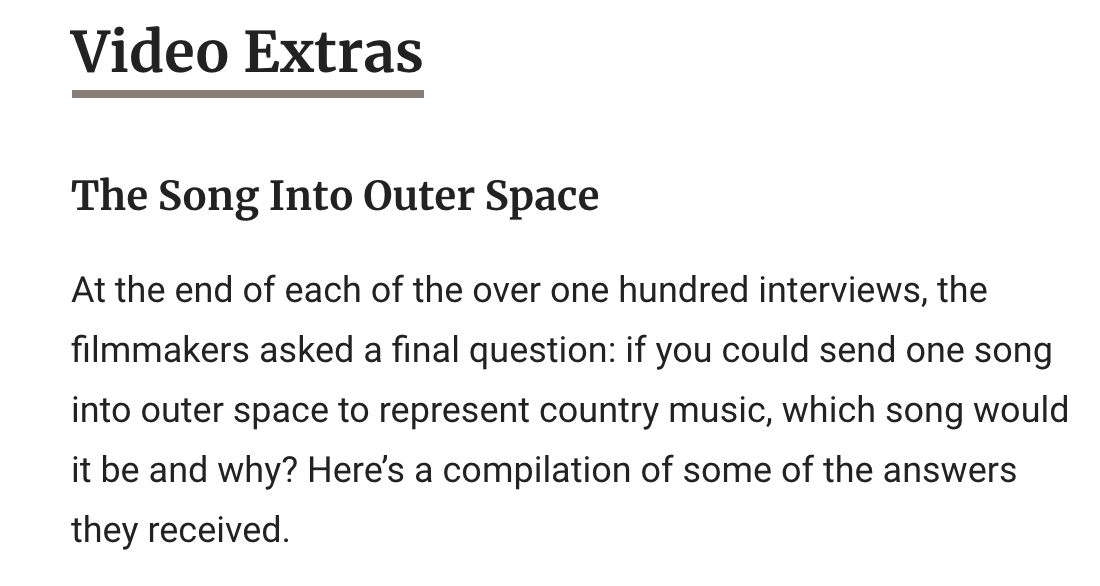 The winner: He Stopped Loving Her Today, sung by George Jones.