It’s Thursday, December 26, the day after Christmas, and so back to work for many Americans, though it’s still a holiday (Boxing Day) to Brits and many in the former Empire. It’s National Candy Cane Day, and if you’re in a waggish mood you can buy candy canes from Archie McPhee’s in these flavors: ham, kale, pizza, mac and cheese, pickle, bacon, clam, and flavorless (the “Bah Humbug!” cane). It’s the fourth full day of Hanukkah, the second day of Christmas (turtle dove day) and the second day of Coynezaa. It’s also National Whiner’s Day (for Jews, National Kvetcher’s Day)

The weather is extraordinarily warm in Chicago today: at 6 am it’s already 53° F (12° C), with a predicted high of 58° F (14.5° C)—exceeding the city record for this date by a full 3 degrees Fahrenheit. In effect, it’s tee-shirt weather. (I just heard on the news that parts of Chicago already exceeded the record late last night with a temperature exceeding 55° F, and it might rise to as high as 65° F [18° C] today—twice the normal temperature for this date.) Fortunately, the ducks haven’t returned to the pond despite the temperature. I am hoping they’re eating gumbo and beignets down on the bayou.

It’s also National Thank You Note Day, so let me tender my thanks to the readers who sent me Coynezaa gifts (I’ve already written people individually), including candy, sauerkraut, fancy wine, The Life of Jesus as a Cat tea towels, homemade baked goods, Darwin Christmas ornaments, and other items to tighten my belt. .

Below I’ve put Sainsbury’s 2014 “Christmas is for Sharing” video ad, made 100 years after the British/German Christmas truce of 1914. Their notes:

Although the events we show in our ad are fictional, we’ve tried to make the details as accurate as possible. Everything from the insignia on the men’s uniform to the depth of the trenches is based on historical fact.

In this short documentary [JAC: a separate video] we talk to the experts who advised us, interview the grandson of a soldier who was there, and hear first-hand accounts from both sides.

We will be selling the vintage chocolate bar featured in the ad, with all profits (50p per bar) going to The Royal British Legion. You can buy the bar in your local Sainsbury’s until Christmas, while stocks last. Subject to availability.

Here are holidays in other places:

Wren Day is St. Stephen’s Day, and although they used to hunt real wrens on this day, now they use fake ones. God doesn’t want people killing his creatures on the holiday of the first Christian martyr.

Stuff that happened on Boxing Day include:

I’ve been fascinated by Patton since I saw the eponymous movie in 1970, which won 7 Ocars, including Best Picture, Best Director, and, for the star, George C. Scott, Best Actor (he refused the Oscar). Here’s a rare audio recording of Patton; his voice is higher than I expected, as it was the first time I’ve heard him. See the famous opening scene below with Scott, who has a much lower voice:

Here’s Scott as Patton in the famous opening speech, which is pretty much what the real Patton said. This is the best clip I can find on YouTube.

Those born on December 26 include:

Those who went the way of all flesh on this day include:

Meanwhile in Dobrzyn, Hili doesn’t understand that which she creates:

Hili: Entropy.
A: I don’t understand.
Hili: Neither do I. 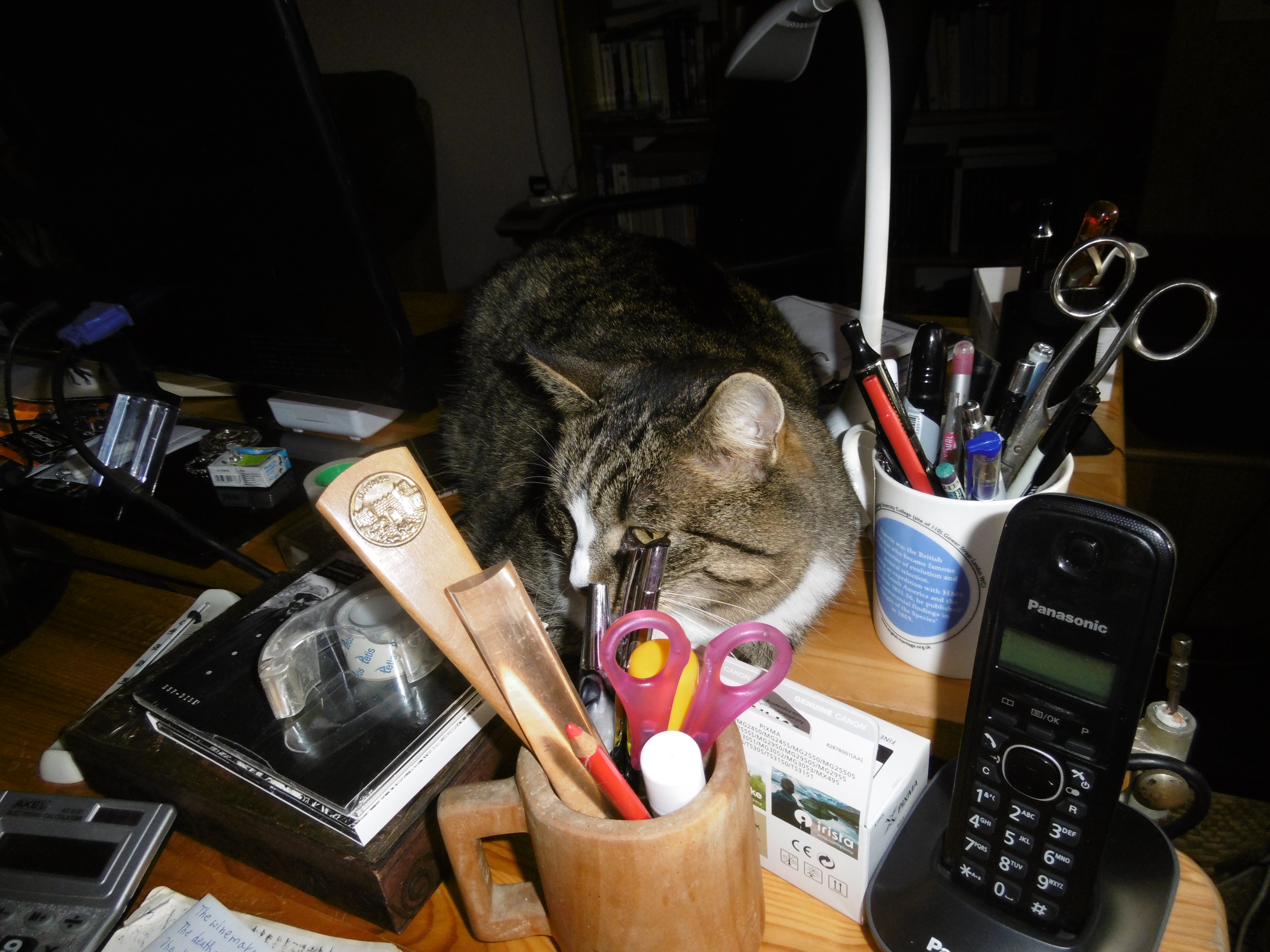 From Jesus of the Day: His Noodlieness crowns the tree: 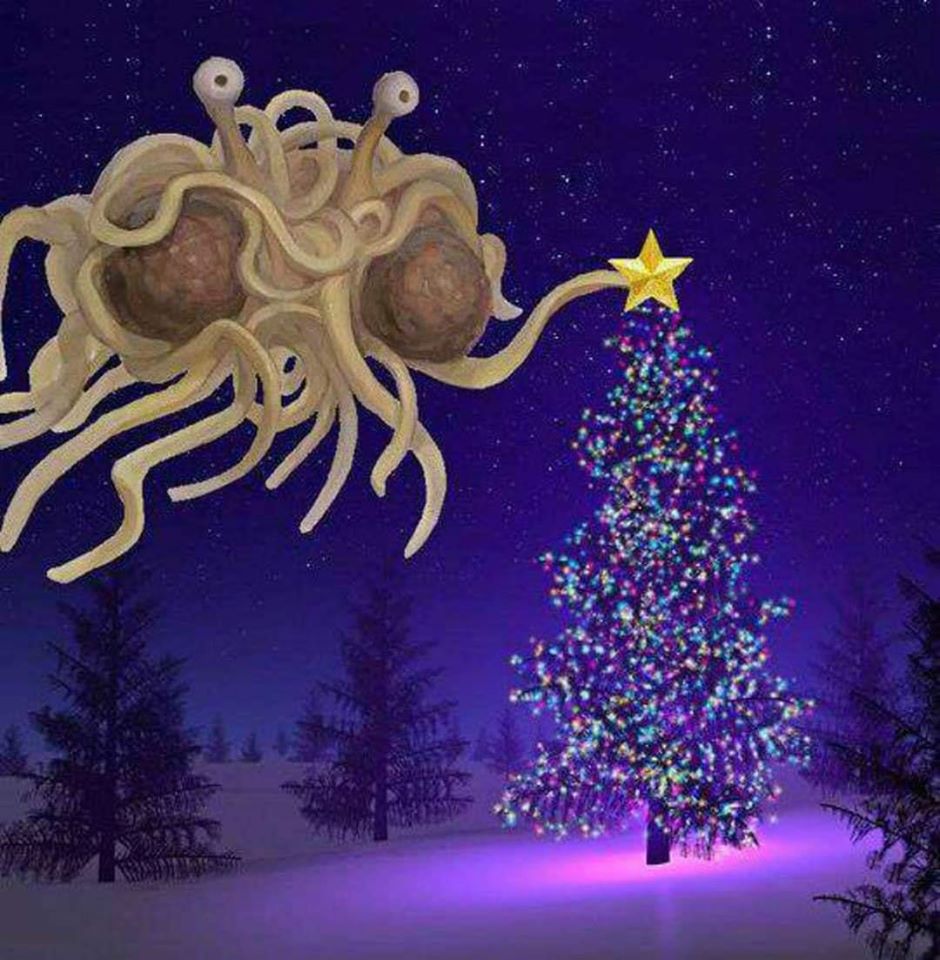 Greg found a picture of the Three Wisecats, and added some information:

The  Feast of the Epiphany (ca. Jan. 6) celebrates the visit of the 3 wisemen to the baby Jesus in Bethlehem; they brought gifts of gold , frankincense, and myrrh. It’s more important in the Orthodox Church, but all Christians know it as a Christmas story, so posting now would be appropriate. 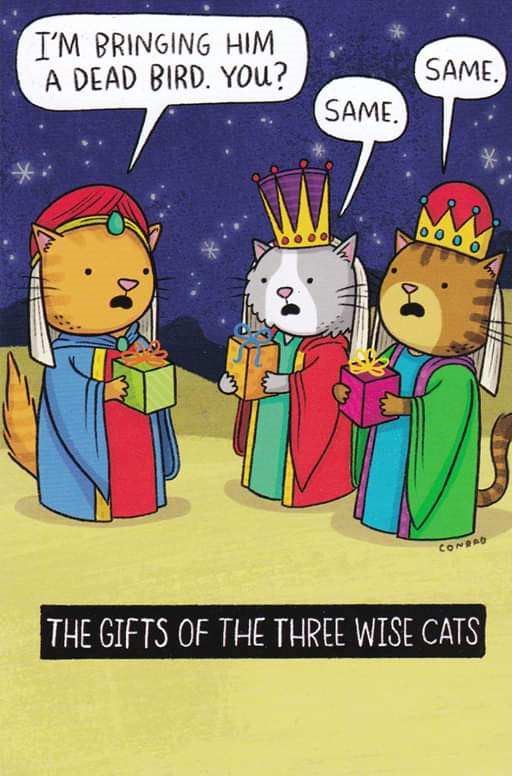 "what part of 'don't touch me' did you not understand, Neil?"

. . . and seven from Matthew, including the Boxing Day egress from Marsh Farm Barn; Cuthbert again gets a name check:

Two fictional characters battle it out:

This is, I think, one of Darwin’s most entertaining and readable books. I wonder if Adam got a first edition.

So lovely getting exciting books for Christmas 🐛 pic.twitter.com/WSTzJl8kDX

Look at these leaf insects! The precision of the mimicry includes chewed edges and rotten spots.

What a save! Note how the cat opposes the motion of the front and back of its body to twist properly for a four-footed landing: