Today is Christmas, the third full day of Hanukkah, and the first day of Coynezaa: a perfect trifecta of holidays on this Wednesday, December 25, 2019. Professor Ceiling Cat (Emeritus) wishes you all a Happy Trifecta and hope that you are in the presence of presents, family and/or good friends, and, of course, good noms. (Please report on your Christmas victuals below.)

I’m still suffering a bit from my bug, and so will spending most of the day in bed—Jews shouldn’t celebrate Christmas, anyway—but I’m feeling much better. I have some Christmas posts lined up, but don’t expect much that is substantive today. Have a big dinner and a nap instead!

It’s very warm in Chicago, with a predicted high today of 53° F (12° C); I don’t think I’ve seen as warm a Christmas since I moved here in December, 1986. Tomorrow may well get to 60° F, which would beat the all-time record for December 26 by two degrees.

As for food, it’s National Pumpkin Pie Day (good, but only with whipped cream or vanilla ice cream; sweet potato pie is better). It’s also “No ‘L’ Day”, a pun on the holiday but also a day on which you’re supposed to remove that (l)etter from speech and writing. Good (l)uck with that.

Today’s new Google Doodle celebrates the season, and, as Google is fighting the war on Christmas, leads to a bunch of sites about the “holiday season” (click on screenshot):

To celebrate the Jewish holiday, we have a special song: Boyz II Menorah singing their smash Hanukkah hit “A Week and a Day”, which is very good for a spoof song (h/t: Merilee):

Stuff that happened on Christmas Day include:

Remember that Constantine was the first Roman Emperor to convert to Christianity.

Here’s the most famous painting of that event: “Washington Crossing the Delaware “by Emanuel Leutze, done in 1851: 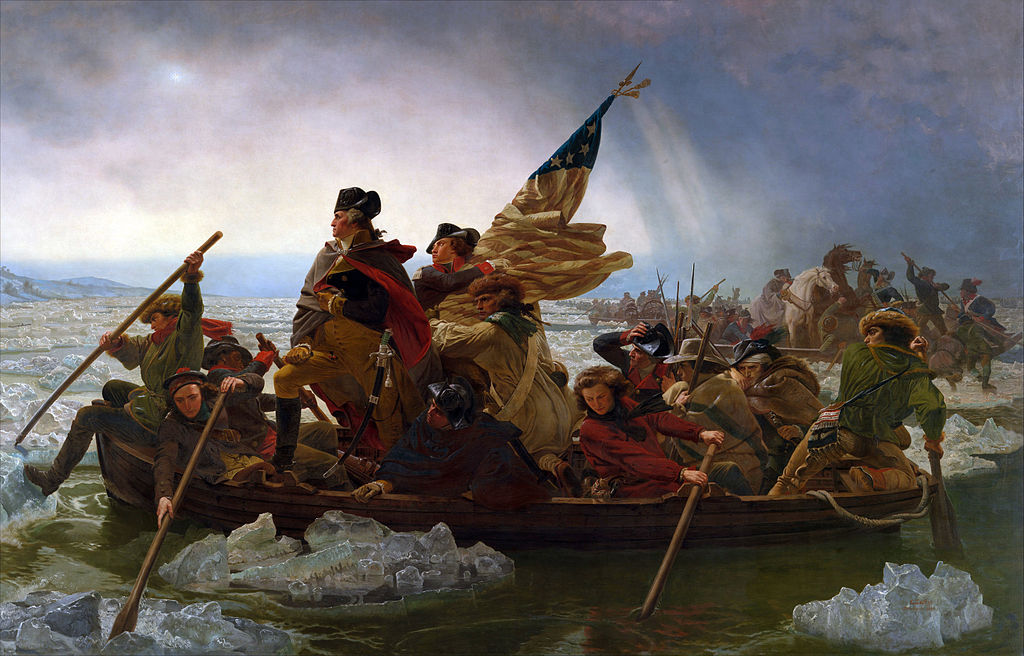 Notables born on Christmas Day include:

Those who began necrosis on this day include:

Miró painted many cats in his life; you can see some of them here. Here’s a good one, “Jumping Cat”: 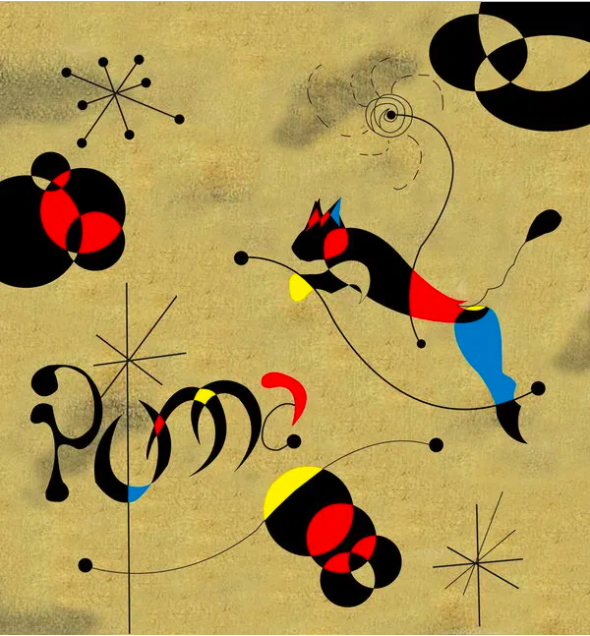 Meanwhile in Dobrzyn, Hili wants her Christmas although she’s a secular Jewish cat, and she always gets treats on the holidays:

Hili: Where are the presents?
A: You ate them yesterday.
Hili: That’s not the right answer. 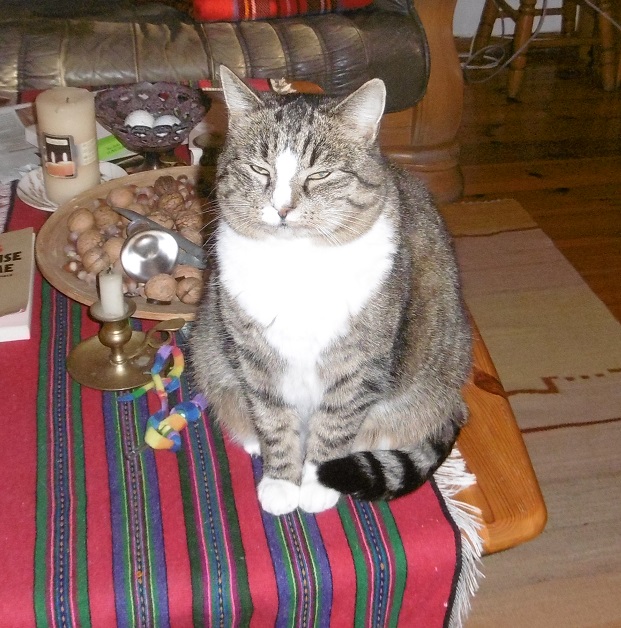 In nearby Wloclawek, Mietek and Leon also seem to be worried that they haven’t had their holiday noms yet.

Leon:  Did we miss something?

Reader Pliny the in Between posted this Christmas cartoon at The Far Corner Cafe: 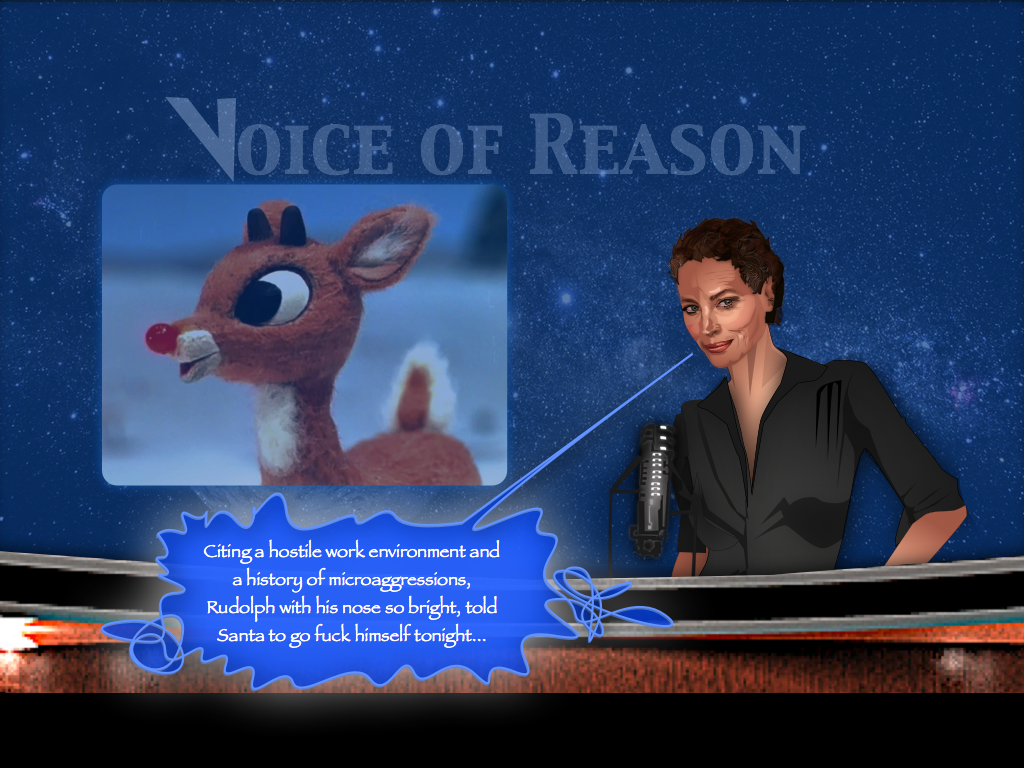 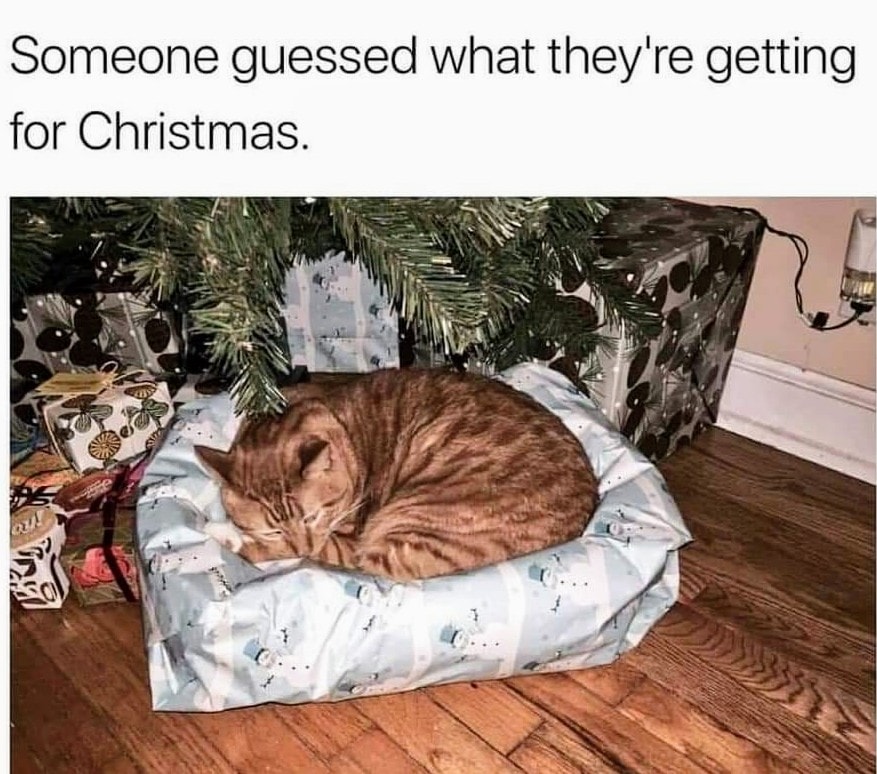 A tip from Jesus of the Day, which reminds me of Leon and Mietek: 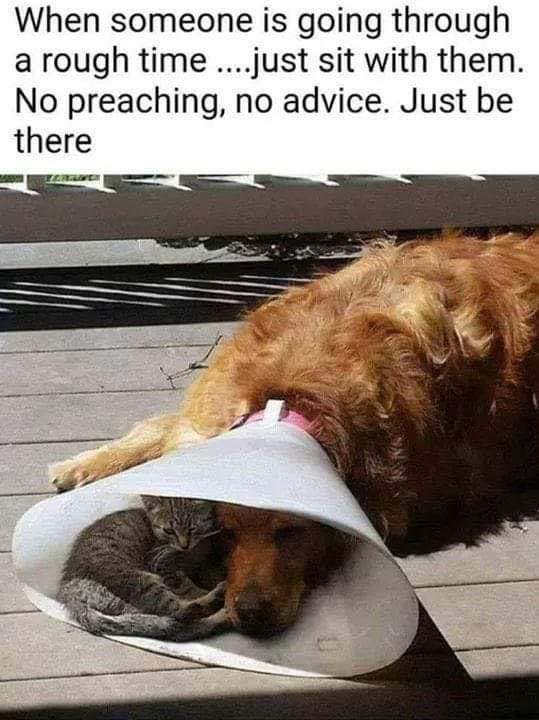 A tweet sent by Gethyn, showing a Christmas miracle! It proves that God is a hedgehog!

I swear it feels like a moment where somewhere, somehow, Terry Pratchett just won twenty quid off Neil Gaiman . https://t.co/dTw3puZmg9

And seven tweets from Matthew. First, the Christmas Day egress from the Marsh Farm barn. The animals are especially excited as they get extra treats, and there’s also a Christmas scarecrow. Once again, Cuthbert the Goose, who has privilege, gets a special mention:

I love the wags who run the “signage” for the London Underground:

About this one Matthew says, “This is not a joke”:

me: i wonder what would happen if i trained the neural net gpt-2 on christmas carols?

I think this is a ferret, and look how clever (and agile) it is!

Matthew loves optical illusions, as do I. Can you see the snakes move in the picture below?

Finally, Philomena returns to tell us the true meaning of Christmas. (And note this; “Cunk On Christmas is on BBC2 on Thursday 29 December at 10pm.”)

Parsnips are a cross between carrots and medicine. Brussels sprouts are what happens when a pea and a cabbage get married and have a fat baby. https://t.co/eVrkyDmuW0