Like many Brits, I too am dispirited today, and in fact so dispirited that I can’t brain. When in such a state, I find that my best tactic is to vent, and what better way to vent than rail against language pollution?

Today we have several words or phrases I hate, and of course you’re invited to add your own below.  As usual, most of the examples—all but one—come from HuffPo, which thinks itself clever to use the argot of the kids. (I don’t get the words themselves from HuffPo; I just find it easiest to find them there as examples.)

Because I’m especially splenetic today, we have six—count them, six—examples. Each screenshot links to the relevant article.

1.) “AF”. This, of course, is an abbreviation for “as fuck”, as in the article below. Now I see nothing wrong with using the phrase in a text message to save time and space, but putting it in journalism —if you think that’s the practice HuffPost is engaged in—is a no-no. It’s not only an obscenity, but adds nothing to your article save to make you seem cool and edgy. Look at this travesty: 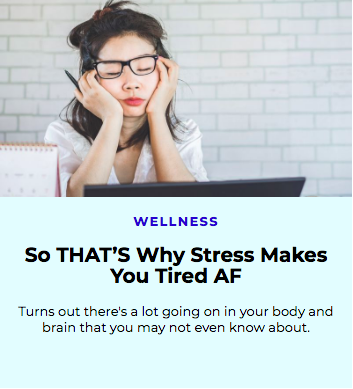 2.) “Inspo”.  This is an abbreviation for “inspiration”, but makes no sense. Why not “inspi”?  It’s like using “respo” for “respiration”. Again, it’s an attempt to look clever, but at the expense of the many people who get annoyed AF at this kind of jargon. An example:

3.) “Welp”. When did this word, which sounds like a dog giving birth, become an acceptable substitute for “well”? Welp, I suppose some people say it, but when you use it in a headline, which doesn’t need either “welp” or “well”, it’s just ridiculous. To wit (and this one’s from Slate, which is converging in wokeness to Salon): 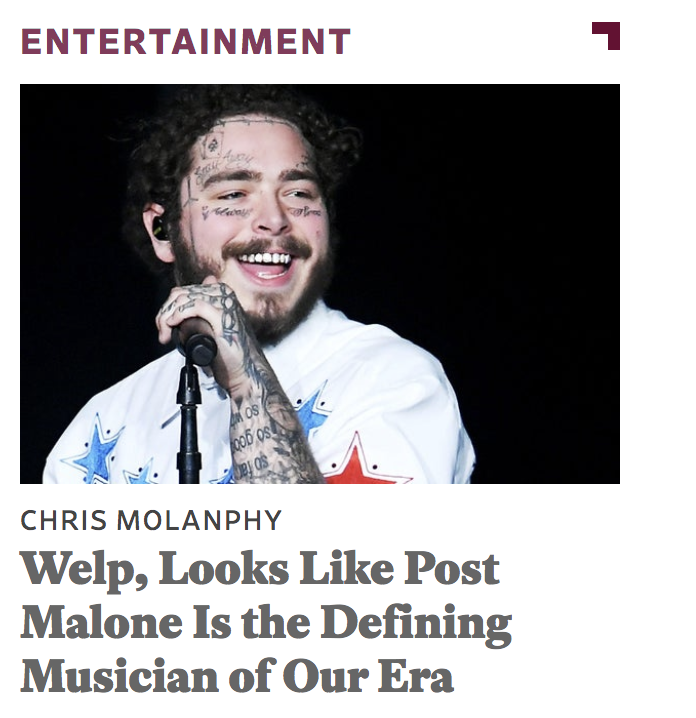 4.) “Deal”.  Now it’s okay to say “How to deal with your anxiety when your shrink leaves town”, or “I can’t deal with his obnoxious behavior,” but to use “deal” as shorthand for “dealing with X,” with “X” unspecified, is sloppy and incomplete. For example, this might refer to how you should play cards in August:

5.) “Because X”, where “X” is a noun. This usage is particularly invidious.  It is nearly always is a redundancy, too; and its whole purpose is again to draw attention to the writer’s supposed cleverness. But it’s just dumb, to wit:

Now I for one am very interested in free snacks (in the U.S. that would be on Southwest Airlines, where you can often get additional snacks by asking), but really, why is it necessary to use last three words in the headline above?

6.) “Advancements”.  This one really raises my blood pressure. What’s wrong with the good old fashioned “advances”, which has four fewer letters? I can only guess that “advancements” sounds more educated to the morons who use it, just like those people who say “at this point in time” instead of “now”.  These two phrases are in fact an indication that the person who’s writing or speaking should be avoided.

88 thoughts on “Words and phrases I hate”