It’s a tropical 38° F (3° C) in Chicago this morning, so all I needed to wear was a fleece, and the ice in Botany Pond has largely melted. A pair of ducks were floating in the open water for a while yesterday, but most of our beloved waterfowl seem to have departed for good.

Note that are only 11 shopping days until Coynezaa.

News of the Day: Well, it looks like Boris Johnson’s Conservative Party won big time yesterday, gaining a unexpectedly large majority in Parliament and indicating that Boris’s Brexit plan will pass handily and soon. I’ll let you UK readers discuss this debacle in the comments below. I for one don’t understand it, as I thought the sentiments for Brexit were more evenly decided. But perhaps this had to do a lot more than with Brexit. Matthew has emitted an appropriate tweet with a link:

My state this morning is basically that of Wittgenstein – “Whereof one cannot speak, thereof one must be silent” – but @paulmasonnews has done a pretty good job of articulating the unarticulable in this piece: https://t.co/TMOdbu4vzl

Titania has an explanation, which has to do with Corbyn’s wokeness:

I genuinely don’t understand how Jeremy Corbyn could have lost.

He announced his pronouns and everything. https://t.co/sPu4NNF487

One lesson from the UK: if the Democrats don't stop their hard-left slide, they'll suffer the same fate as Labour. If they don't move off their support for mass immigration, they're toast. Ditto the wokeness. Left Twitter is not reality.

It’s a pretty thin day for events, births, and deaths, as you’ll see below.

Here’s a 5-minute clip from 60 Minutes on the capture of Saddam Hussein and the hole in which he was hiding:

Notables who crossed the Rainbow Bridge on December 13 were few, and include:

Heres a photo of Grandma Moses (real name Anna Mary Robertson Moses), who lived to be 101. Note the cute kitten! 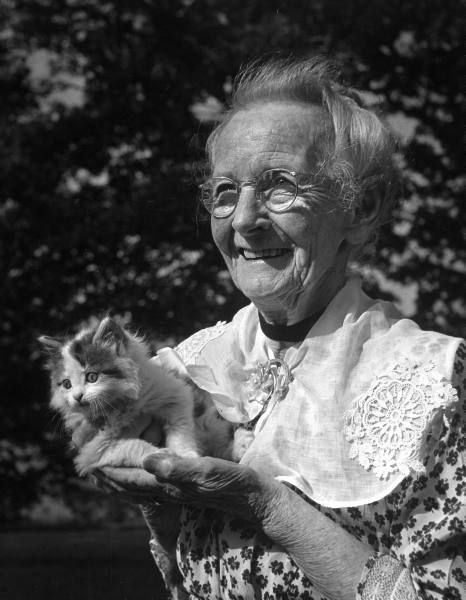 Meanwhile in Dobrzyn, Hili is not humble, and laughs at the thought. What a great picture of our girl; it was taken by Paulina, the upstairs lodger, who loves the Princess.

A: Humility is the most important virtue.
Hili: You must be joking.
(Photo: Paulina R.) 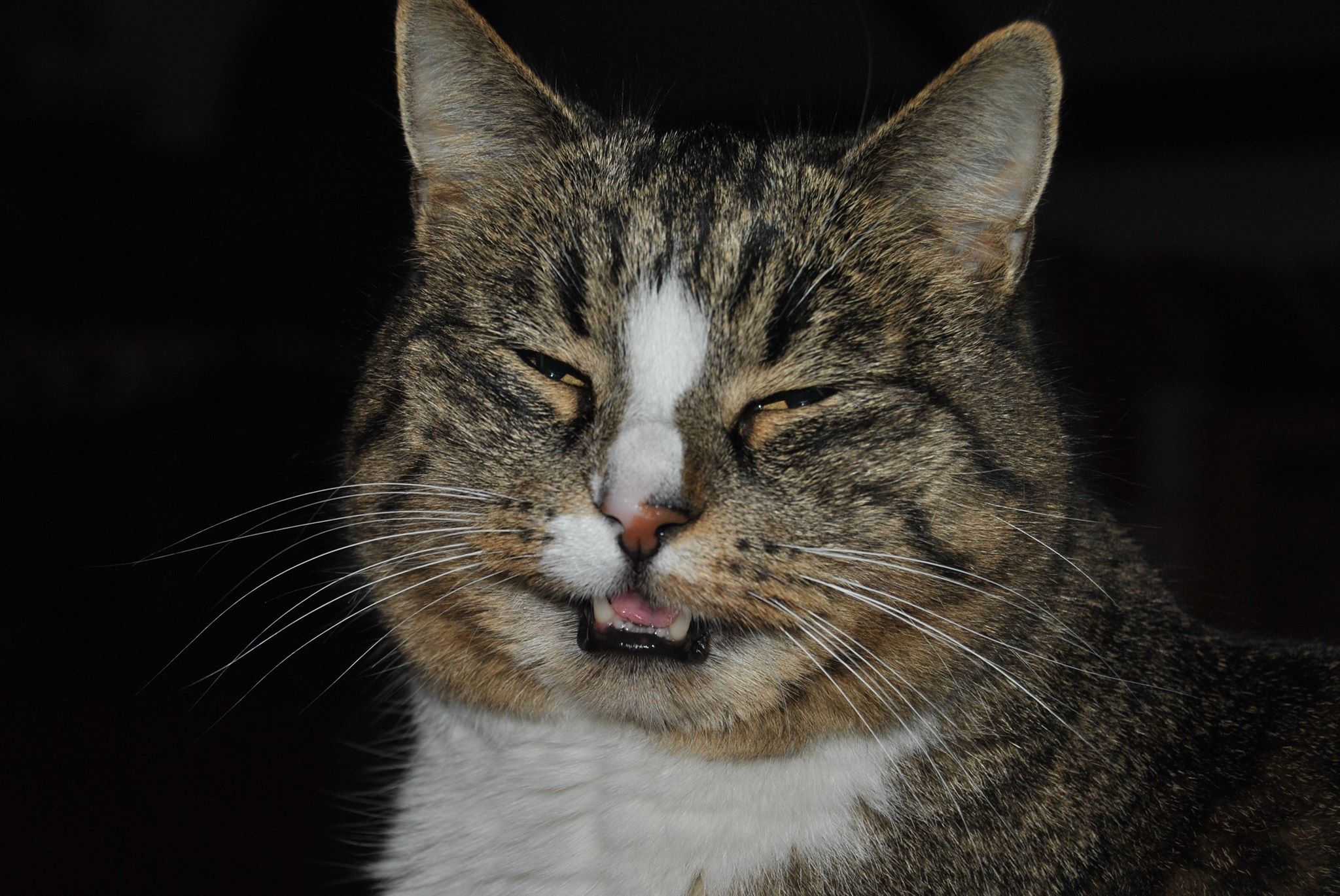 Here’s a recent photo I took in a tall building in Chicago. Note that the 13th floor is missing; this is the one concession to superstition you see almost everywhere. (I’m not sure if some airplanes eliminate seat row #13.) 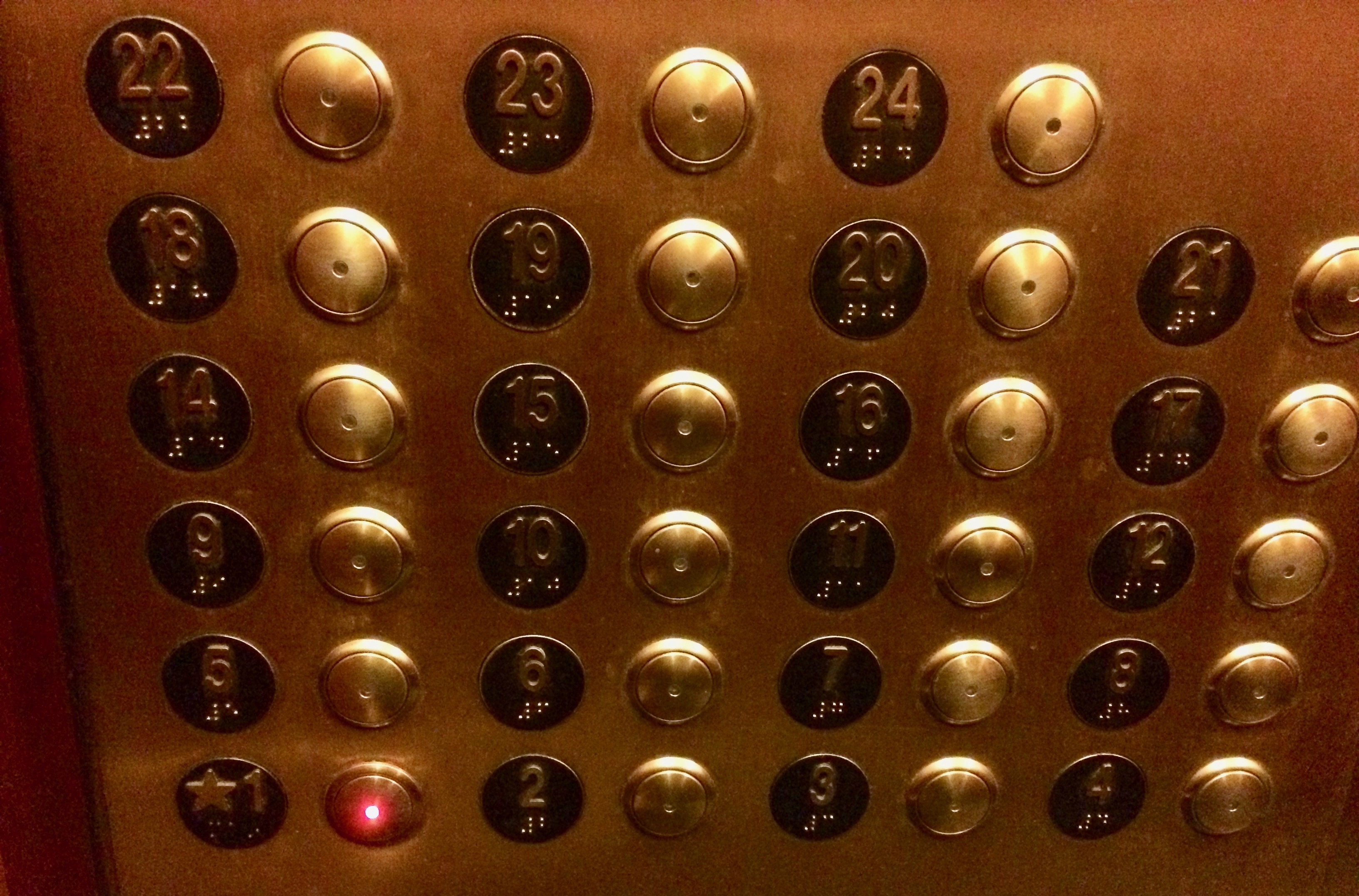 From Moto: This is me. I’m still traumatized by my parents removing one gift from my Christmas presents and giving it to me on my birthday five days later. What a ripoff! It’s worse if you’re born in late December! 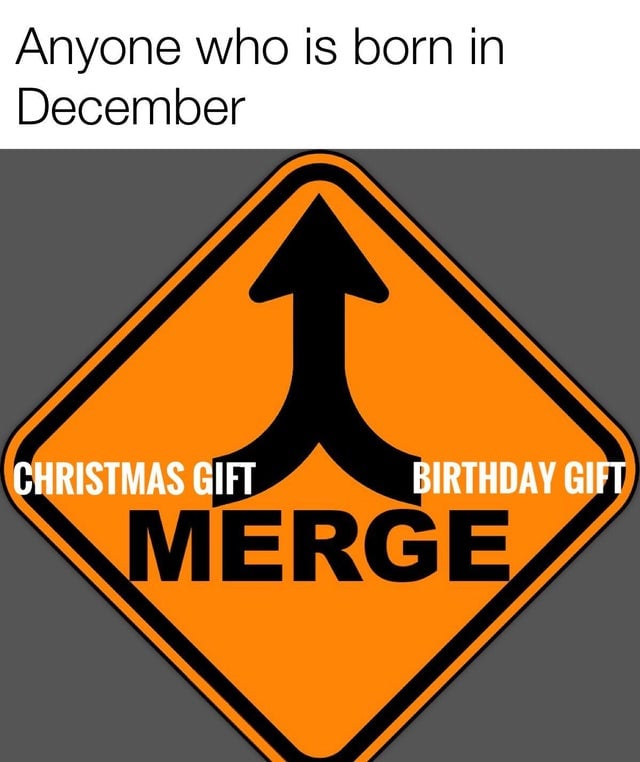 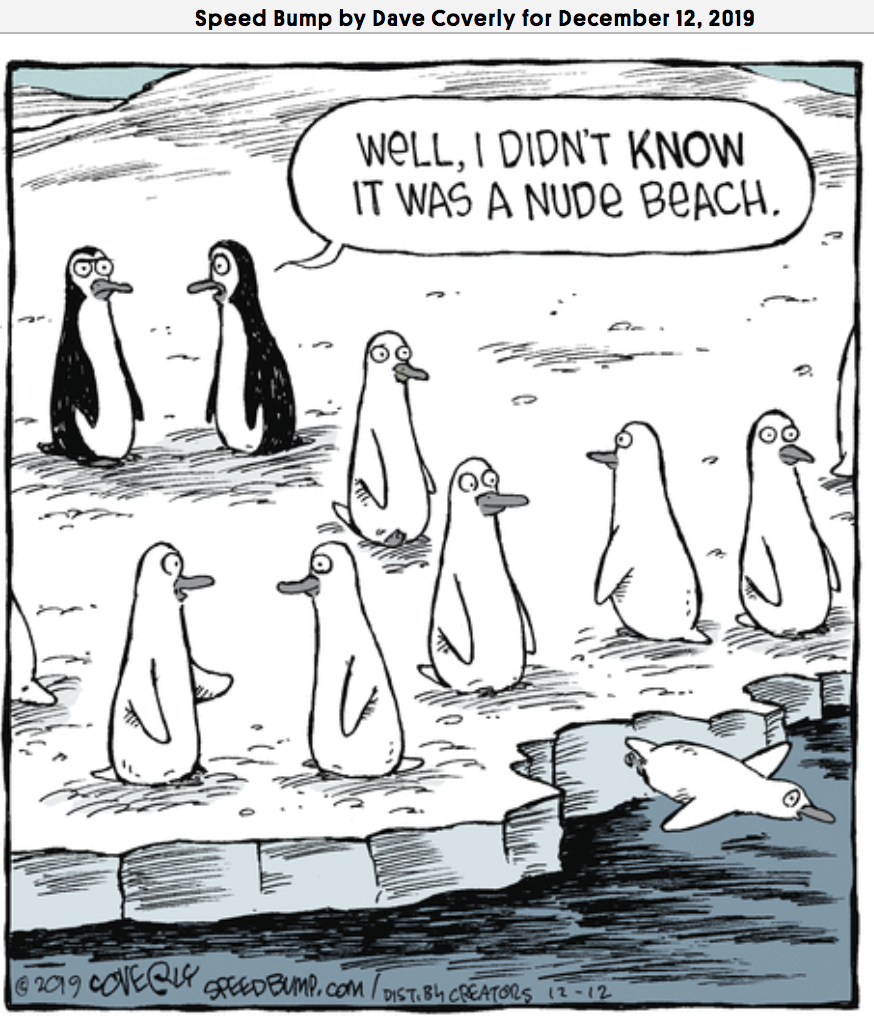 Two tweets from reader Barry. Am I mistaken or did this chameleon snatch a moth right out of the air?

Speaking of a stretch, I had no idea that herons could do this:

Watching green herons deploy their 'impossible' neck is always a shock, but never more so than that first time one sees it, since this bird usually adopts a hunched, short-necked profile https://t.co/8aYKPX5TbU pic.twitter.com/SvjLSY1v55

And two tweets from Heather Hastie. First, we are stardust, as Joni Mitchell wrote—except for hydrogen, helium, beryllium, and boron (did you know that?). And did you know that we come from different kinds of stars?

Where all the chemical elements (AND the elements in your body) came from https://t.co/MKlKIG4DR9 pic.twitter.com/JbhQa1C0Dt

And a full-body cat massage (sound up):

Four tweets from Matthew, beginning with this morning’s quotidian egress at Marsh Farm, where the animals have their breakfast but the staff has their Brexit. The animals don’t seem concerned, bless them:

This serval doesn’t want anybody near its chicken. Be sure to turn the sound up!

I make a similar sound when someone wants my chicken. pic.twitter.com/FT58uKXJ0m

This amazing fish is Polypterus sp., and it’s the only vertebrate to have lungs but no trachea (it exhales through the pharynx).

ALL the dorsal fins! Check out one of the many animals I will be pet sitting for over winter break 😊 pic.twitter.com/Gl0g1MtTLn

Now this is a professor with spunk, Ceiling Cat bless him!

Y’all need to see this video collage of all the crazy things my Physics Professor did this semester😭. He’s in his 70s and is still doing all of this for us🥺💛 pic.twitter.com/JaICjzVB5I