I say just “photos” because these aren’t wildlife photos (though several species are mentioned), but civilization photos. Still, please send in your wildlife photos, as I’m running low, and may have to cancel this feature.

Let’s go to church this morning! These lovely photos come from William Savage, whose notes are indented:

No wildlife this time but some history in the beautiful Norfolk landscape. My wife and I went to find All Saints Church, Waterden: a church which has completely lost its village and now stands by itself in the fields, surrounded by nothing but agriculture and woods. You get there down a narrow lane with room for only one vehicle at any time going in a single direction. Fortunately, we met nothing on the way besides a stoat (Mustela erminea), which ran across the road in front of us.

When you arrive, you need to walk down another pathway to the church itself. 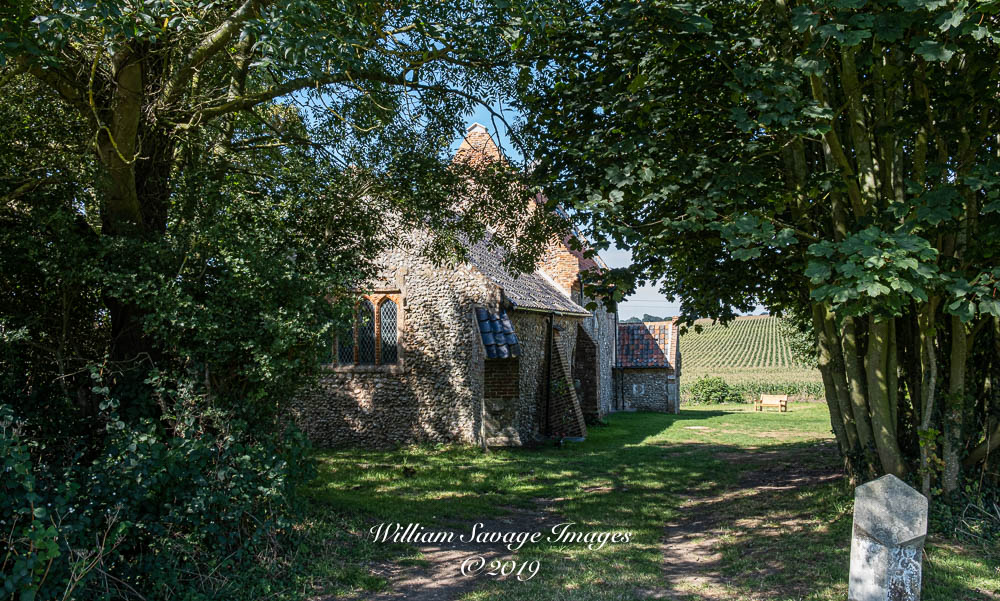 It’s tiny! No electricity, heating or anything else modern inside, so services can only be held occasionally in summer. There’s also a candlelight Midnight Mass listed on the notice board, which I’m told attracts a capacity congregation of about 60 people, many of whom have to stand throughout.
Over the years, much of the building has collapsed and been patched like this: 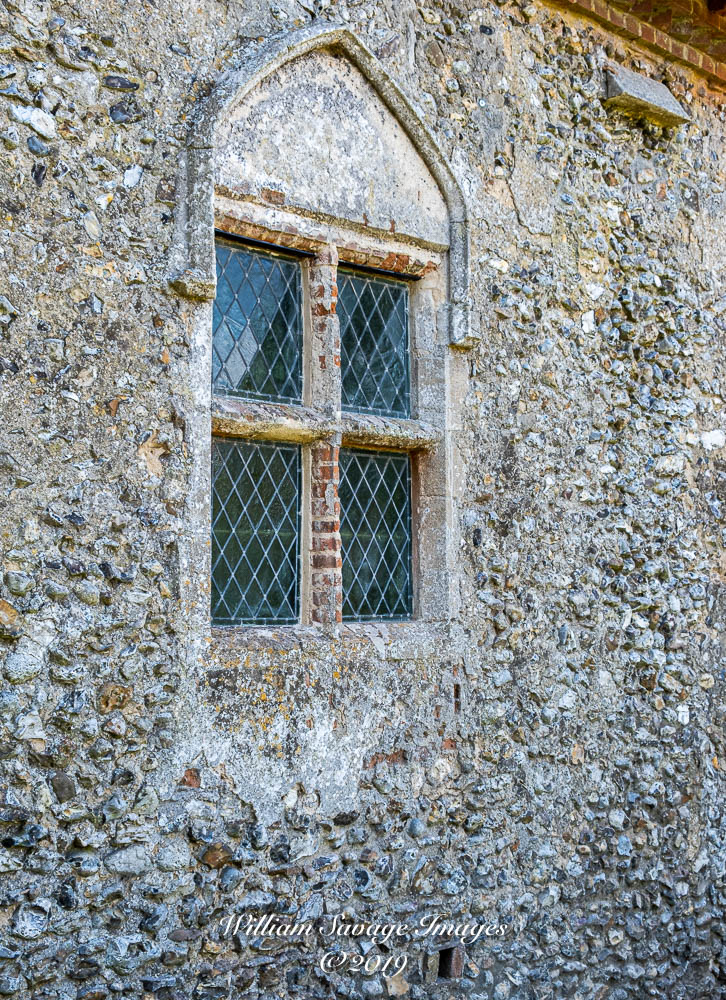 There are still some 13th-century parts, however. Like this carved part of window tracery, now oddly placed in the wall of the porch. 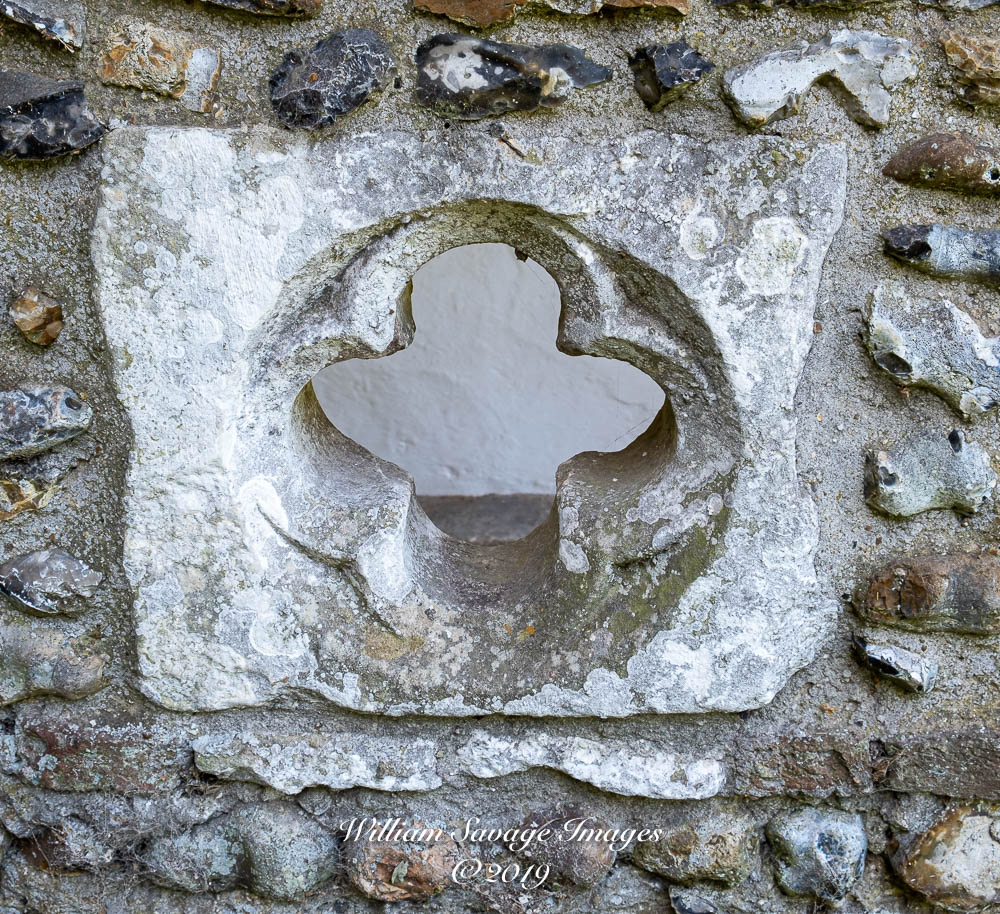 Inside it is starkly plain, with early 19th-century box pews and whitewashed walls. 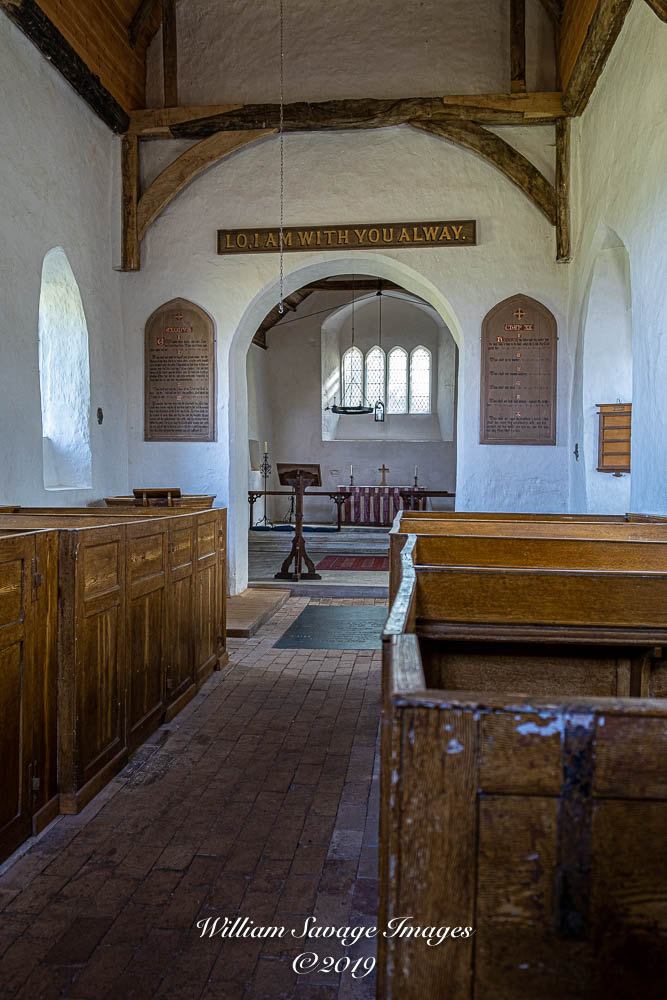 The main impact the place had on us was the complete peace. All we heard outside were the calls of a family of Common Buzzards (Buteo buteo), which were circling over the woods. There were sometimes three and sometimes four; parents and this year’s fully fledged young. They make a sound very like a cat asking for food! Now we also know of another species of raptor with a similar call, for their cries were answered in a slightly higher pitch by a pair of Red Kites (Milvus milvus), which drifted past high overhead. The two species seem to be able to coexist in the same localities, probably because they focus on different prey. The kite has longer, thinner wings and is designed for sailing over the countryside, looking for carrion and anything small and vulnerable. The buzzard is more of a specialist hunter of rabbits and hares, though it will take carrion as well. 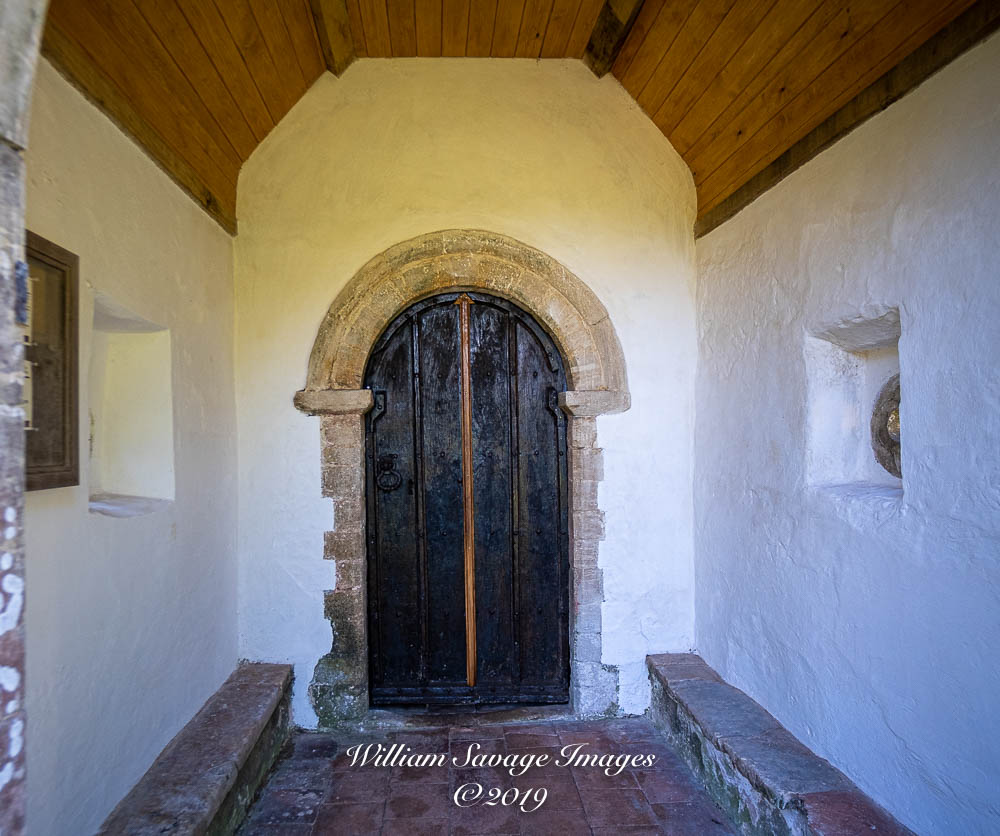 The south door is original 13th-century work, patched up in modern times. This final picture gives the best sense of how isolated the church is. 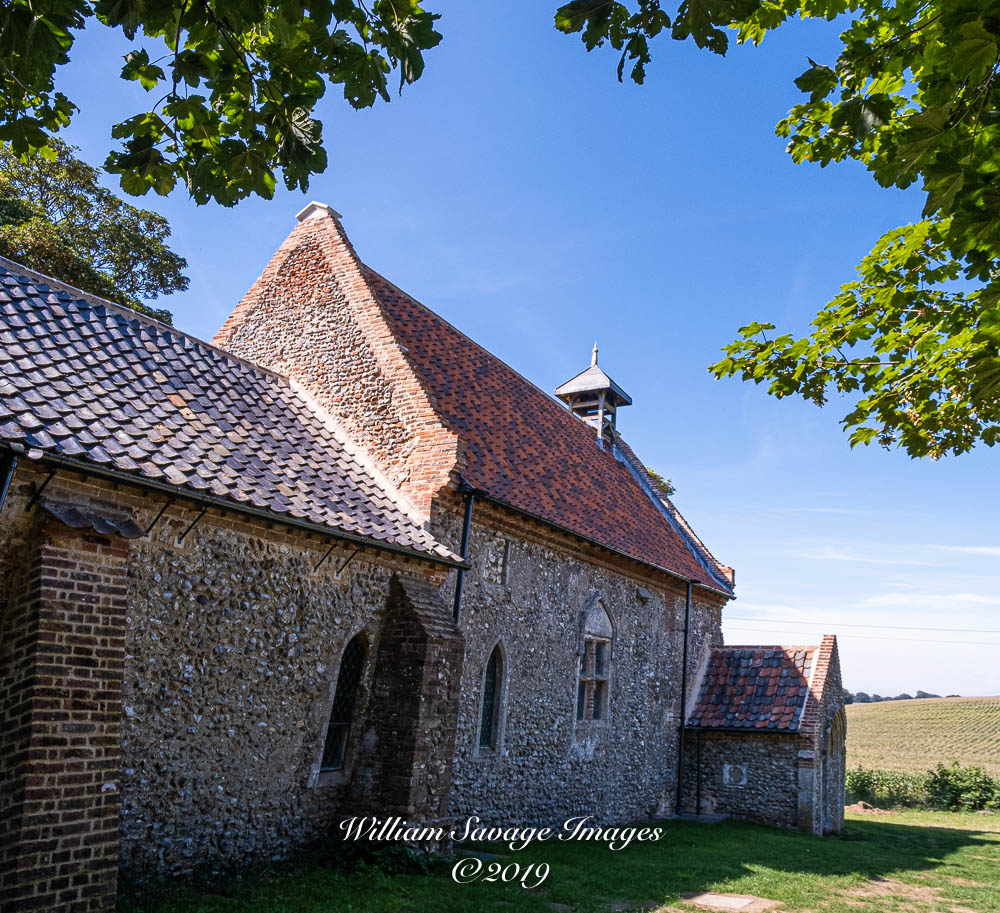 You can see the fields stretching away to the horizon, as well as the way the walls now lean at odd angles and are patched with brick. Norfolk has no building stone, so the bulk of the church is made from flints, giving it the effect of a vertical cobbled road!