It’s Sunday, December 8, 2019, with only 17 shopping days left until the start of Coynezaa (actually, this year Hanukkah starts on December 22 and culminates on my birthday, so we have three holidays going at once).  It’s National Brownie Day, which refers to the baked good rather than the junior Girl Scouts. It’s also National Christmas Tree Day (because we, as bad Jews, celebrated Christmas, my father called ours a “Hannukah Bush”); it’s the day on which you’re supposed to buy your Festivus tree. Finally, it’s National Lard Day,  described this way:

Under the auspices of the Healthy Fats Coalition and ideally timed for the holidays, December 8 marks the first annual National Healthy Fats Day, a celebration of pure lard, a traditional, authentic animal fat that is now enjoying a resurgence within America’s food culture, in restaurants, fast food operations and home kitchens.

I thought lard, which is basically pig fat, was less healthy than other fats, but it turns out that’s not true: it has, for instance, 20% less saturated fat than butter, and only a third of butter’s cholesterol. Should we then be cooking with lard? That’s above my pay grade.

Today’s news: The Apostrophe Protection Society has gone belly-up after only 18 years. The reason? People are obstinate in misusing the punctuation mark, and the Society’s founder, John Richards, 96, is tired as hell and can’t take it any more. As he said:

“With regret I have to announce that, after some 18 years, I have decided to close the Apostrophe Protection Society.

“There are two reasons for this. One is that at 96 I am cutting back on my commitments and the second is that fewer organisations and individuals are now caring about the correct use of the apostrophe in the English Language.”

He added: “We, and our many supporters worldwide, have done our best but the ignorance and laziness present in modern times have won.” (h/t: Ginger K)

Today’s Google Doodle (below) celebrates the 155th birthday of Camille Claudel (1864-1943), a French sculptor who has only recently gained renown. Click on the Doodle to go to a number of articles about her.

Stuff that happened on December 8 include these events:

Here’s a mural by Rivera that no longer exists: “Man at the Crossroads”.  Started in 1933 to adorn 30 Rock, it was unfinished, as Nelson Rockefeller ordered it removed by his goons (a re-creation is below). Can you imagine why? Look between the “propeller blades” at the right.

Those who bought the farm on December 8 include:

Małgorzata: Time to get up. The readers are waiting.
Hili: Tell them that they may sleep a bit longer today, too. 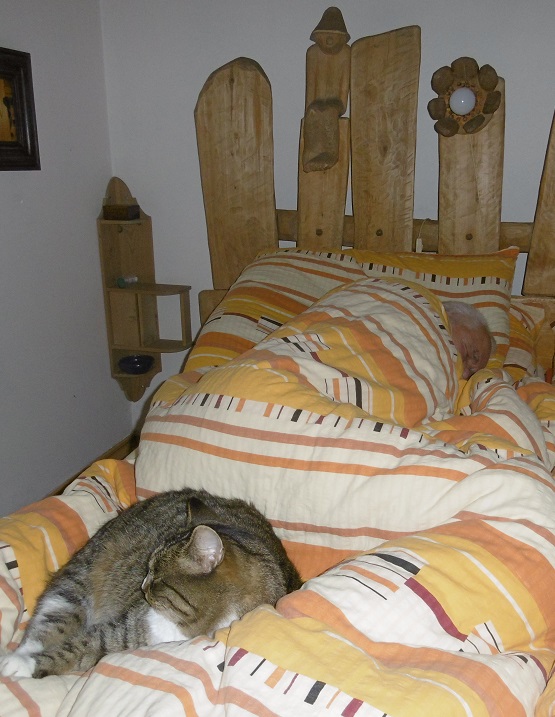 Reader Gregory sent a link to a picture on the public Facebook page of one Czesław Dysarz. What a cool idea: to make yourself up like your cat for Halloween!: 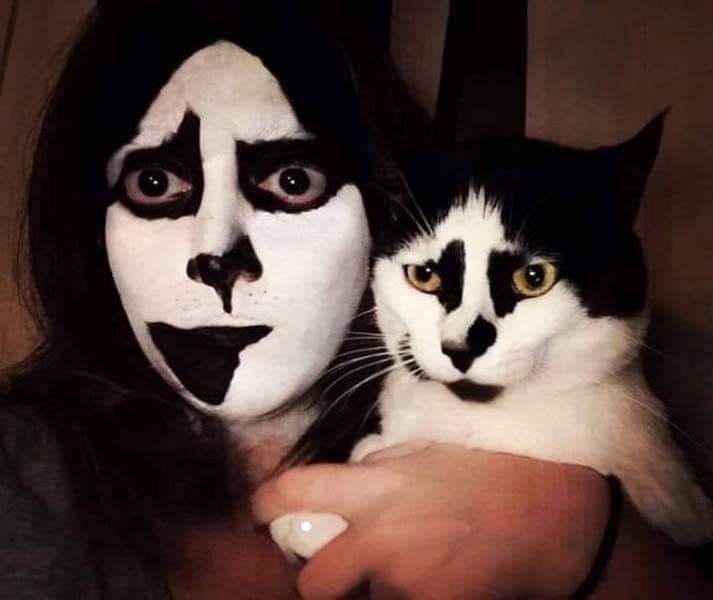 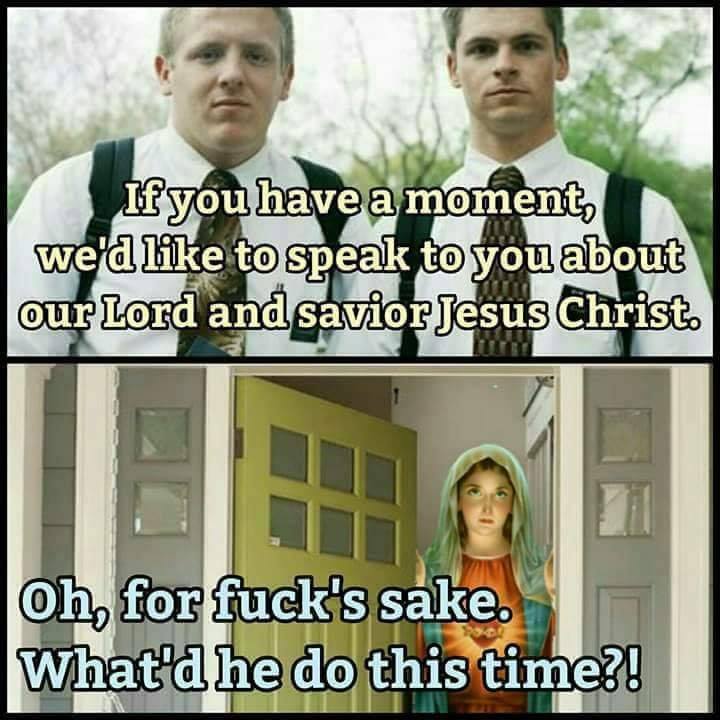 And from reader Graham: 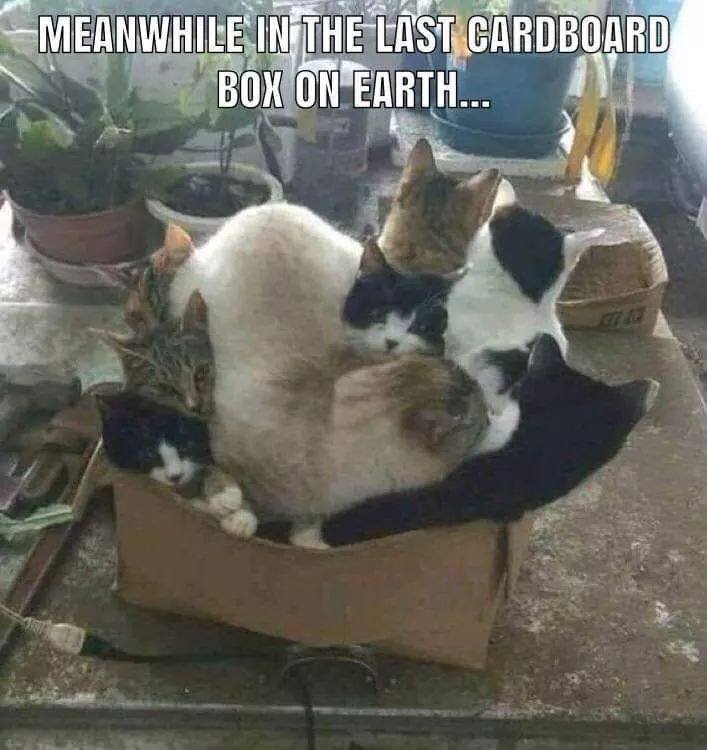 From reader Barry. I have trouble thinking that this is a real bear.

I just want to know where he’s going…😂

Four tweets from Matthew. What with the fires in Australia, Sydney’s beaches are turning black!

Sydney in the Anthropocene… https://t.co/nBK8aNdkgY

I’m not convinced that Drosophila was involved here, but the other conclusions seem sound:

What have flies ever done for us?

If you’re my age you’ll have seen these ads or even bought “sea monkeys,” which are actually the eggs of brine shrimp (Artemia salina). But I bet you didn’t know you were financing bigotry:

The creator of Sea Monkeys was a Jewish Neo-Nazi who used the profits to buy weapons for the KKK.

Nothing that Trump says is too stupid to make me think it’s “fake news”. Look at this: “. . . it’s called rain.” Unbelievable!

Three tweets from Heather Hastie. As she says about this first one, “I don’t think I’ve ever seen a cat jump like this”:

I’ve seen leafcutter ant colonies, but never one this elaborate, and never as a “pet”. Note the fungus, which is what the ants eat and cultivate, using chewed-up leaves as “soil”. I love the disco!

Anyone else’s pet leafcutter colony have a disco chamber? pic.twitter.com/zLo5RKlsoc

Over at Mr. Lumpy and friends (the wild equivalent of Marsh Farm), a fox and badger live together in perfect harmony:

So Last night this happened Baby Bella and the new Fox, what a magnificent animal, it’s so lovely to see wildlife getting along 🐾🐾🦊❤️ pic.twitter.com/5oPgHqrVp3