On November 7, as I wrote on the next day, the MS Roald Amundsen, the ship I inhabited for five weeks in Patagonia, Antarctica, and the South Atlantic, was actually christened in Antarctica.  I believe this is the first ship of any kind christened there, and, as the ship’s website notes, the christening involved not the traditional breaking of champagne over the bow, but the breaking of a chunk of polar ice.  This in fact was how the Norwegian explorer Amundsen himself christened his ship Maud in 1916, though the ship wasn’t in Antarctica and the ice wasn’t polar:

I find these words strangely moving, and I have to say that I teared up a bit as Karin Strand repeated them before she released the rope holding the chunk of ice. You can see the event below. Most of us were outside the ship, hovering nearby in Zodiacs to watch the ceremony. The Amundsen’s sister ship, the MS Midnatsol, was nearby, with passengers on both ships cheering.  Karin Strand is the Field Operations Manager and Expedition Teams Manager for Hurtigruten (and therefore my Highest Boss), and is regarded as “the godmother of the Amundsen.” She’s been on trips to Antarctica over 140 times. Beside her is the ship’s captain, whose name I can’t recall.

Here’s the official video of the christening:

And an official photograph, probably taken from the Midnatsol. I was in the row of Zodiacs to the right, second from front: 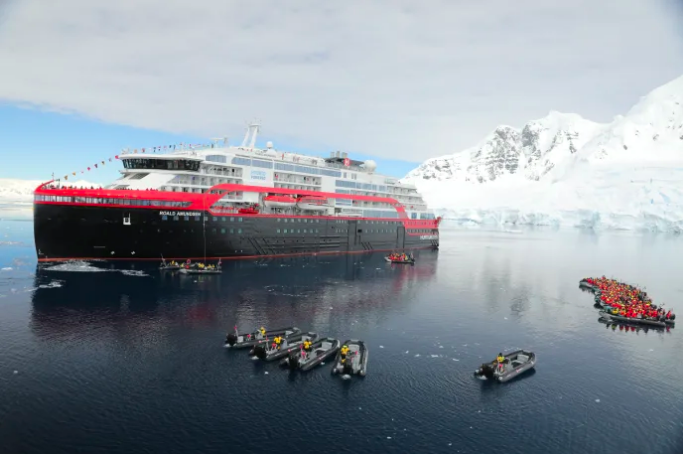 My own photographs of what it was like to be in the Zodiac. You can see the unbroken hunk of ice hanging from a rope. 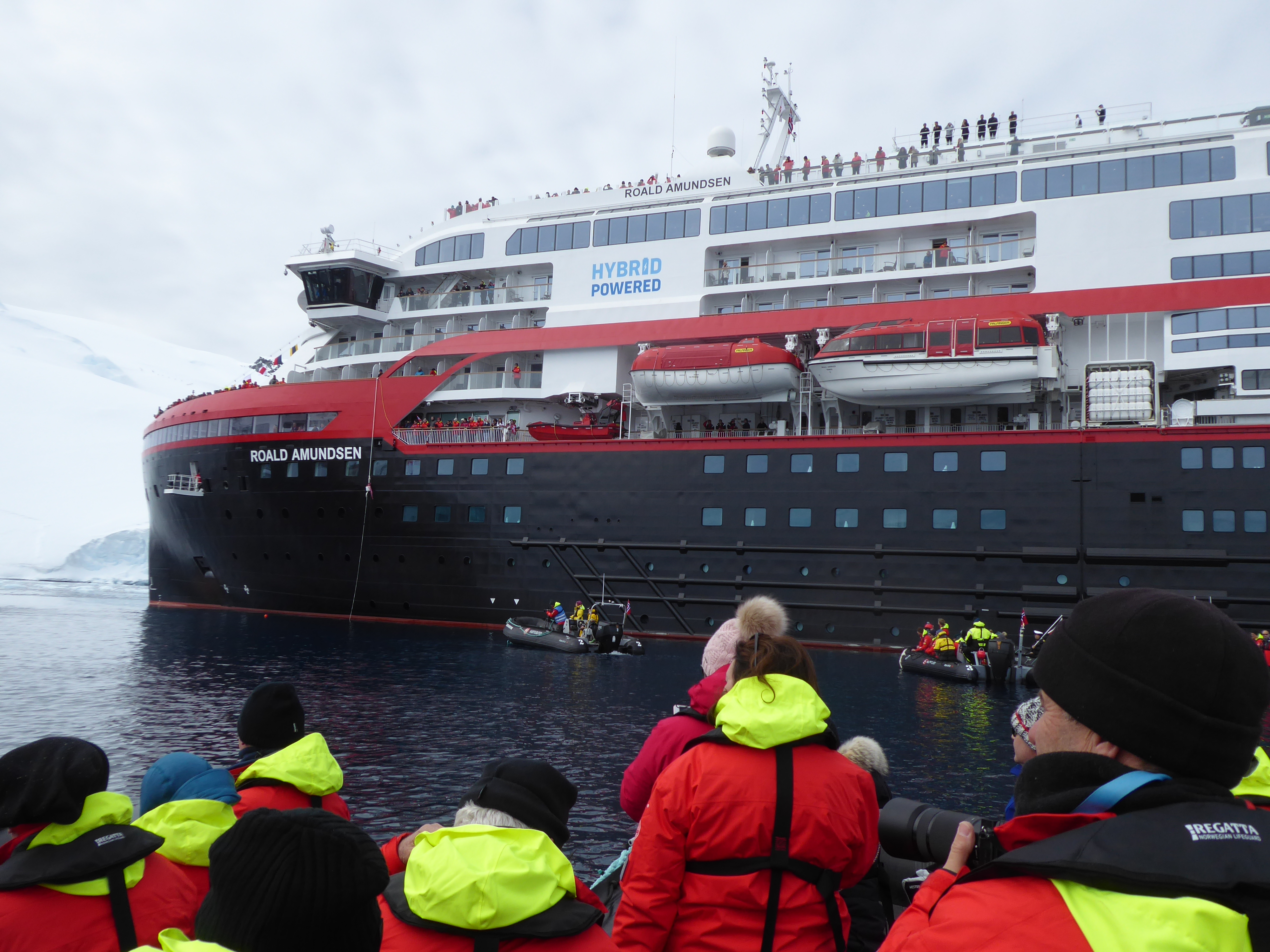 The Midnatsol (“Midnight Sun”), with everybody watching from the top deck: 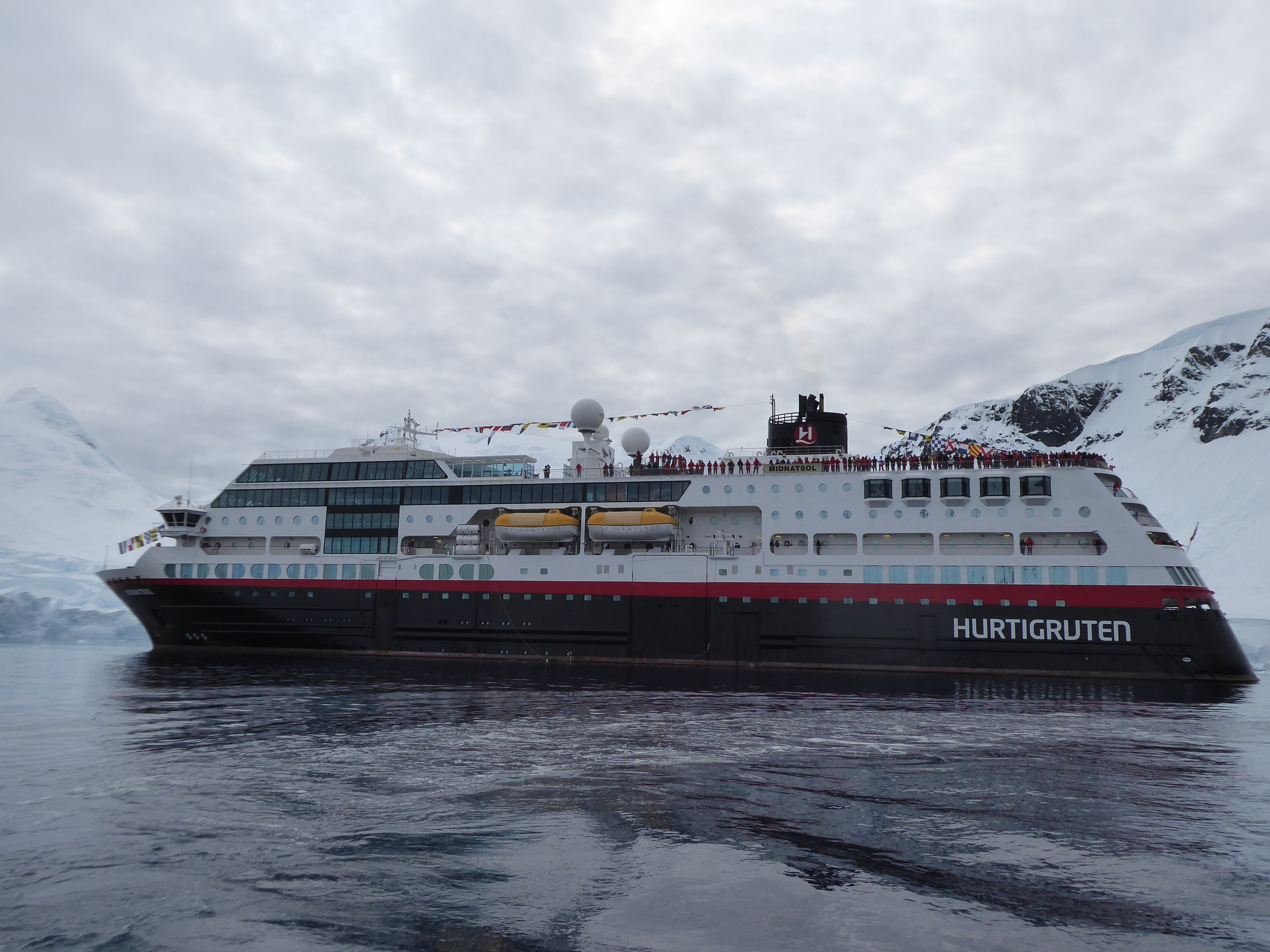 And, appropriately enough, a group of gentoo penguins porpoised by during the ceremony, as if to affirm “In the ice you shall stay.” 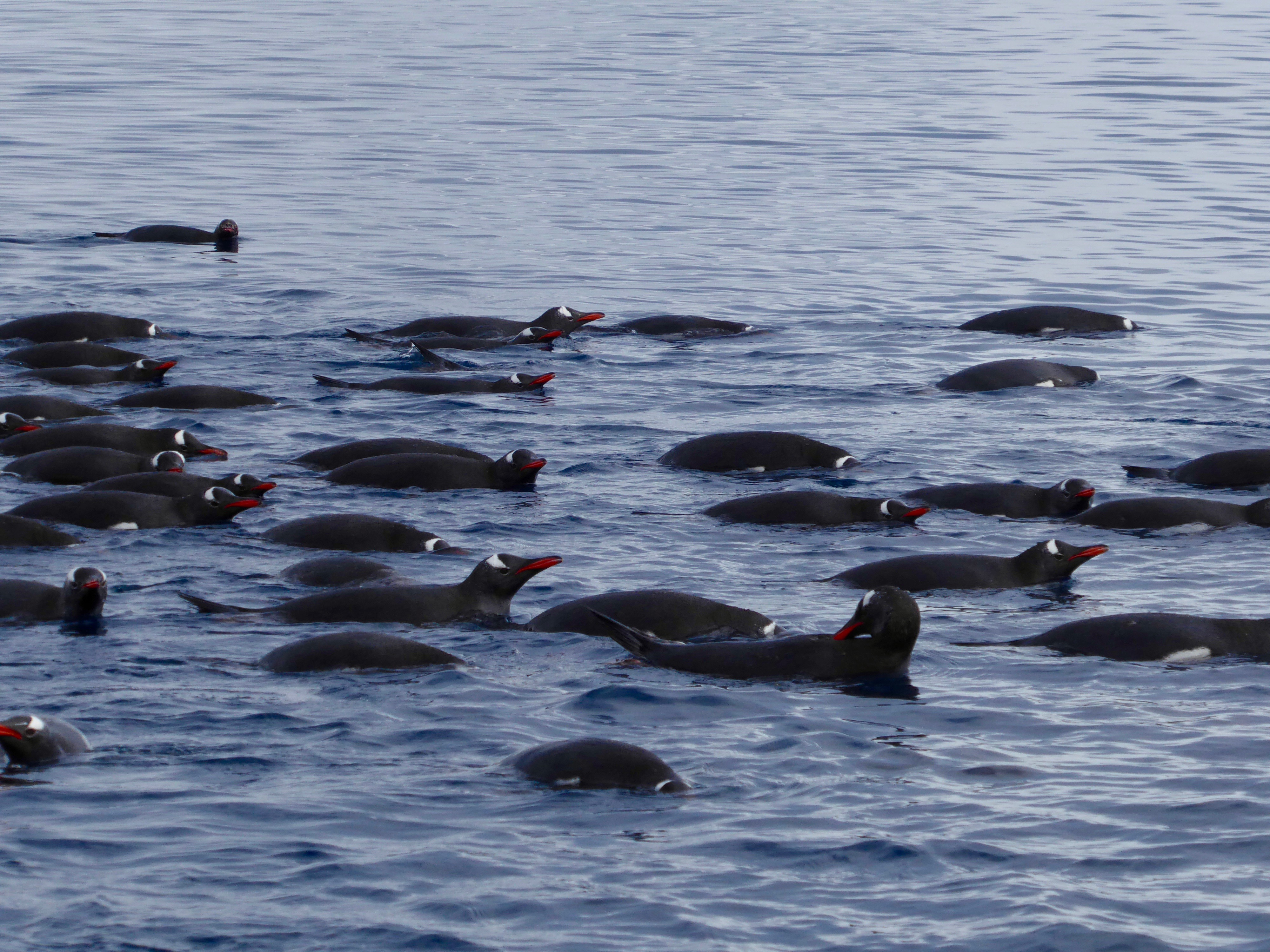 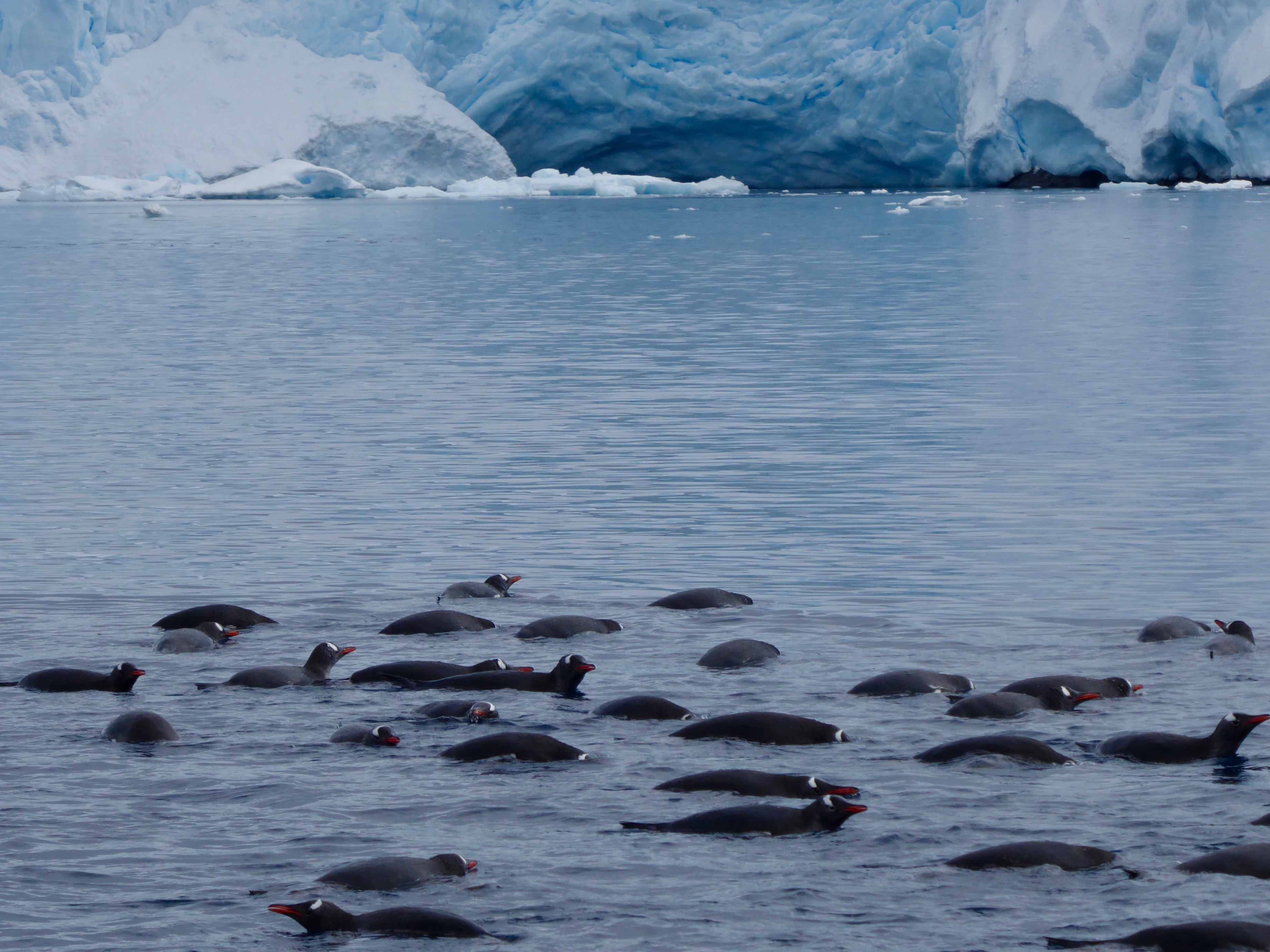 Here’s Karin and the captain greeting people after the ceremony. They look quite happy! 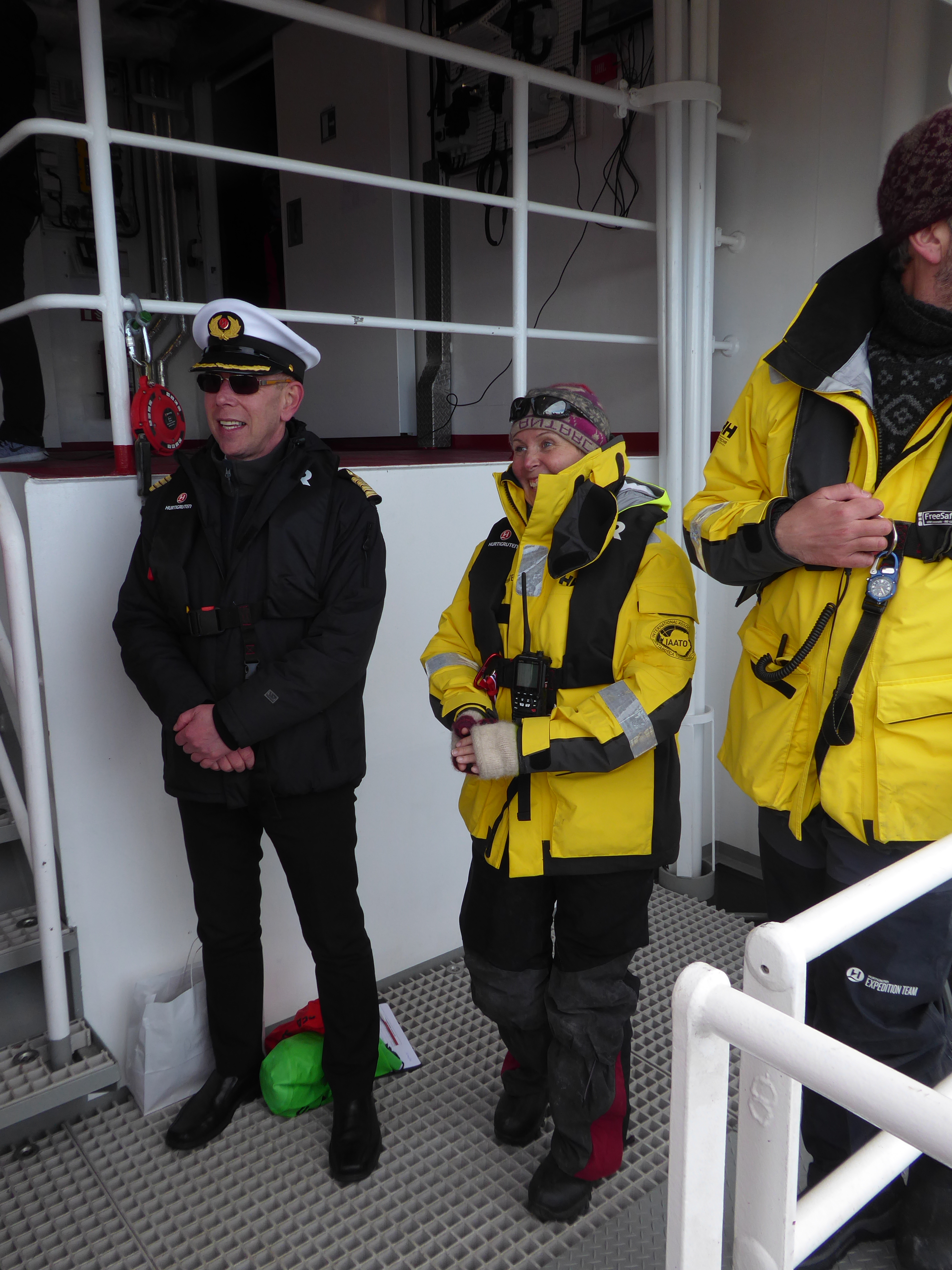 It was, I must say, a unique experience. Karin’s words about the uniqueness of Antarctica are absolutely accurate, and I still miss the place greatly.

26 thoughts on “The christening of MS Roald Amundsen”