The weekend is approaching, as it’s already Thursday, December 5, 2019. It’s also National Comfort Food Day (mine’s ice cream; what’s yours?), as well as National Blue Jeans Day, a day I observe year round. In Belgium, the Czech Republic, Slovakia, the Netherlands, Hungary, Romania, Germany, Poland and the UK, it’s Saint Nicholas’ Eve, but in Austria it’s  Krampusnacht, when the horrible hornéd beast Krampus comes out and whips children who have been bad, as in this early 20th-century greeting card. Look at those horns and that tongue! Could it be. . . . .SATAN? (Note that “Satan” and “Santa” are anagrams.) 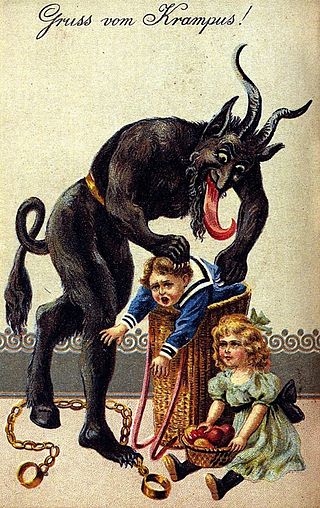 There remain 20 shopping days until the beginning of Coynezaa.

Duck report: We stopped feeding the ducks cold turkey (and yes, cold duck) two days ago. As we hoped, fewer of them have started coming to the pond.  There was just one mallard yesterday morning, but then about a dozen flew in for lunch and stayed all day. They did not get fed.

It breaks my heart to do this to them, but I think it’s the right thing. I can’t bear to walk by the pond, though, as they’ll all swim up to me expecting food. But we simply can’t have ducks hanging around a frozen pond all winter, keeping them alive by giving them commercial duck chow. Can you imagine how many hens we’d have nesting here next spring? All I can do now is peek around the corner at the pond and hope they don’t see me. (I can count them from my office window.)

Stuff that happened on December 5 include the following:

That’s the amendment that repealed Prohibition, a bad social experiment if ever there was one.

Here’s Sonny Boy blowing some; I don’t know the date. He seems to be missing quite a few teeth; I wonder if that helped his playing:

Trillin was a great food writer, and still contributes occasionally to The New Yorker.  His first food book, American Fried, is a classic, and funny as hell.

Those who fell asleep on December 5 include five artists or musicians and a gutsy but empathic leader:

Meanwhile in Dobrzyn, Hili has become very vain again. But you have to admit that she’s quite fetching:

A: What are you doing?
Hili: I’m going in for the art of being beautiful. 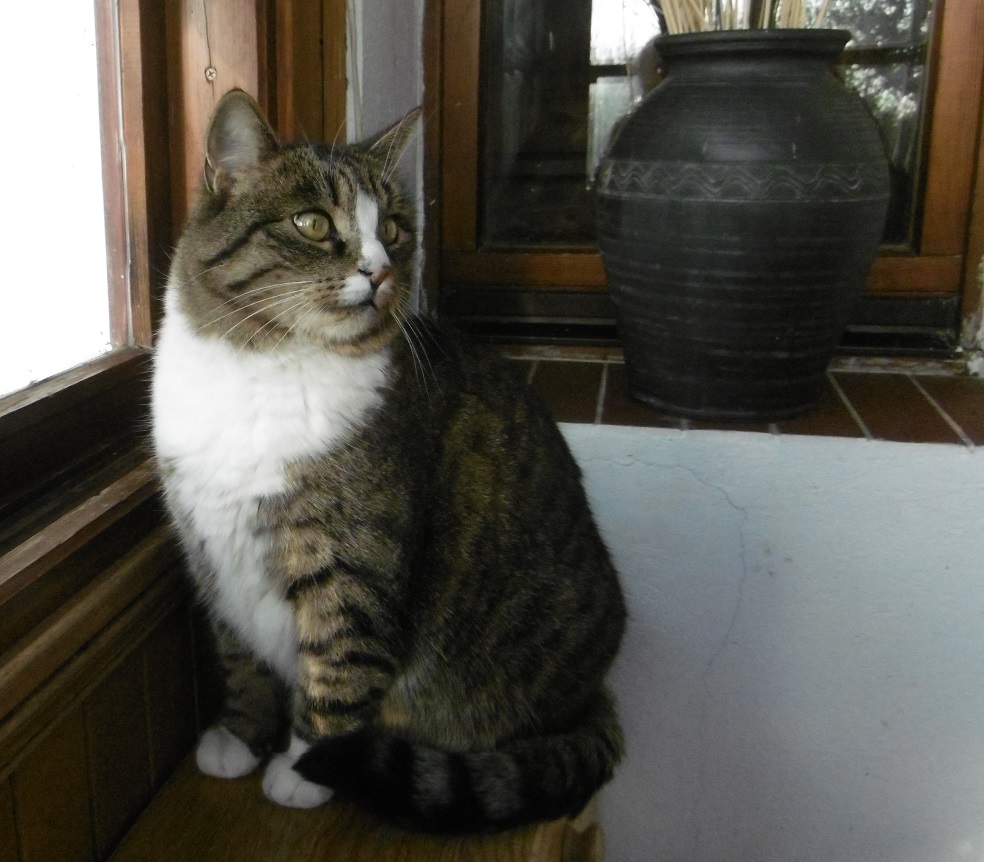 And in nearby Wlocawek, the ineffably cute (and healed!) Mietek asks if his staff has any issues with him parking himself on the dining-room table:

As of January 1, sales of recreational marijuana will be legal in Illinois. Will we see the same for catnip? This is from reader Merilee: 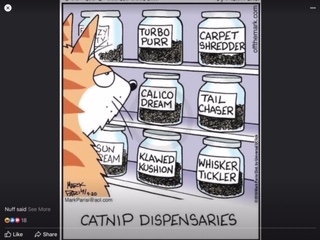 Emus always seem excited to me, but this one is off the map.

Overexcited emu of the day. pic.twitter.com/ovXCDx7goC

Five tweets from Matthew. Down on Marsh farm, the animals get a special treat: apples and carrots! And have a look at the door decoration.

Here’s a nice new article which includes a zoomable plot showing the phylogenetic relationships among nearly six thousand species of mammals. This is the first of eight tweets in Upham’s thread:

Thrilled to announce our PLOS Biology article on a new tree of life for 5,911 species of Mammalia! This is an evolutionary roadmap for the ancestor-to-descendent relationships & ages of all living mammals@Mammalogists
More info: https://t.co/MSk0HxqNSShttps://t.co/JcXshDaWby
1/ pic.twitter.com/WNll40k0Lr

Lynxes are awesome and don’t get near the attention they deserve. Look at these lovely beasts!

I always wondered if a jet could land on a carrier in complete darkness. Apparently they can, with the use of instruments. Matthew himself retweeted the proof:

Sound up on this one: a touching story of a girl’s devotion to her cow, and then her grandcow.

This girl's devotion to her cow best friend ❤️️❤️️ pic.twitter.com/nQeZ3mMNYq

Three tweets from Heather Hastie.  Octopuses are wicked smart, but how did this one know which way to turn the lid?

Cephalopods' intelligence allow them to understand and solve even complex problems, like this not easy test of opening a jar from the inside https://t.co/1wS3nJF9r0 [source: https://t.co/OhXKkPAmqx] pic.twitter.com/1NUenPLCYC

There’s no doubt what this cat’s gesture means, even though I love having cats lick my fingers with their sandpaper tongues.

I’m wondering if this is real. “Democracy dies in darkness.” Is that a WaPo motto?

This juxtaposition pleases me. pic.twitter.com/FSQo8dyhIx