Good  morning on a cold Monday (33ºF, 1ºC) in Chicago, Dec. 2, 2019!  The northeastern U.S. has suffered a big, debilitating snowfall, and is expecting more, but in Chicago we had only a bit of drizzle. Still, it’s just above freezing, and I worry about the dozen or so ducks that still frequent the pond for food (Honey isn’t among them). It’s National Fritters Day, National Mutt Day, and International Day for the Abolition of Slavery.

I haven’t done a Hili dialogue for over five weeks and so am out of practice. First, though, many kudos to Matthew Cobb, who was busy reading the proofs for his next book, for keeping it going when I was traveling. But now, with him on academic strike (it’s over on Thursday) and me back in Chicago, it’s time to start hefting the cross. As I still need to catch up with various tasks, appointments, and commitments, posting may be light for a few days.

I’ve missed virtually all the impeachment hearings, though I haven’t really missed them, as it would have been a bummer hearing them at the same time I was seeing penguins (yes, they have CNN and other stations in the cabins, but I barely turned on the television). And I completely missed news of the unrest in Iran, where up to 450 anti-government protestors have been killed: the biggest protest since the Islamic Revolution, with marks its 40th anniversary this year.  I also missed any Democratic presidential debates and most of the latest news on Trump’s follies.  You can see a gruesome 5.5-minute Amnesty International video of Iranian security forces firing on unarmed protestors over at the New York Times (trigger warning: blood).

I remind you that Coynezaa, my personal holiday, begins on December 25 and extends through my 70th birthday on December 30. I will be officially old, and it doesn’t really make me happy.

Stuff that happened on December 2 includes the following, beginning with three church-related events:

Those who kicked off on December 2 include:

There were actually seven Ringling Brothers who founded the circus, and John died on Charles’s birthday, though ten years after Charles’s demise.

Who remembers Odetta? Here she is singing “Give me your hand”:

Meanwhile in Dobrzyn, Hili is sitting on the veranda and doesn’t want to go out in the cold:

Hili: The more I look, the colder it is out there.
A: Yes, it’s December already. 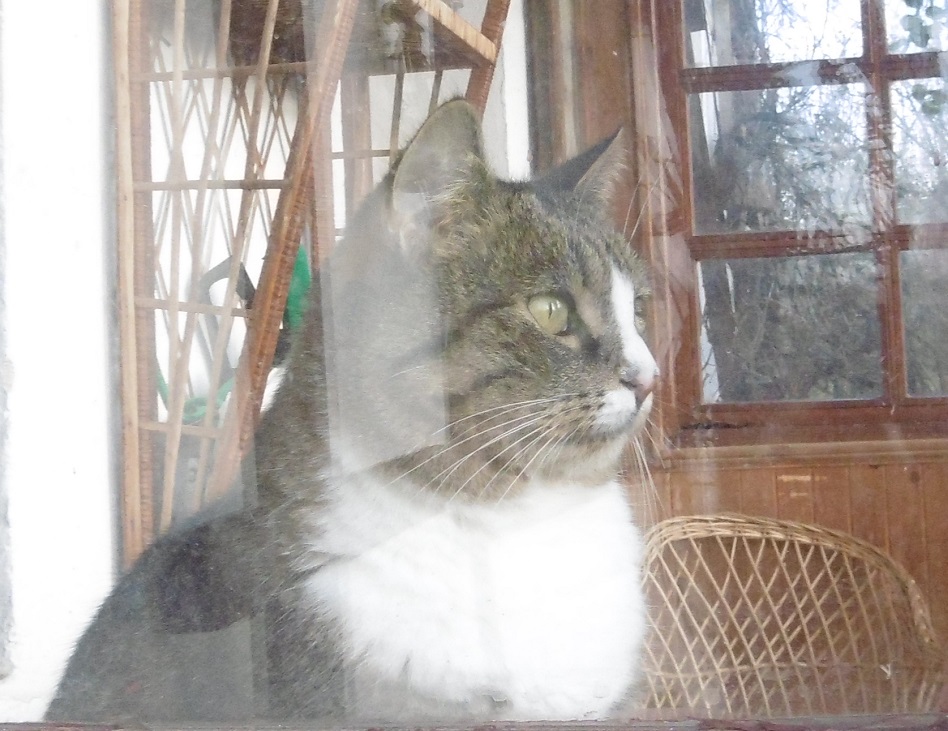 And Wloclawek, Mietek the kitten is helping Elzbieta crush walnuts, which come from Andrzej and Malgorzata’s tree. Look at that little furball! (He’s healing nicely, thank you.)

From Zach Weinersmith’s SMBC strip; a riff on evolution (h/t: Olen). It highlights one of the misunderstandings of evolution: that organisms evolve because they are striving to evolve to cope with environmental change. In reality, there’s no striving, just a passive process of gene sorting. But I don’t think that’s the biggest misconception about evolution. In my view, that one is the idea that evolution is a “random” process, and thus unable to create “designoid” features that impress us all. 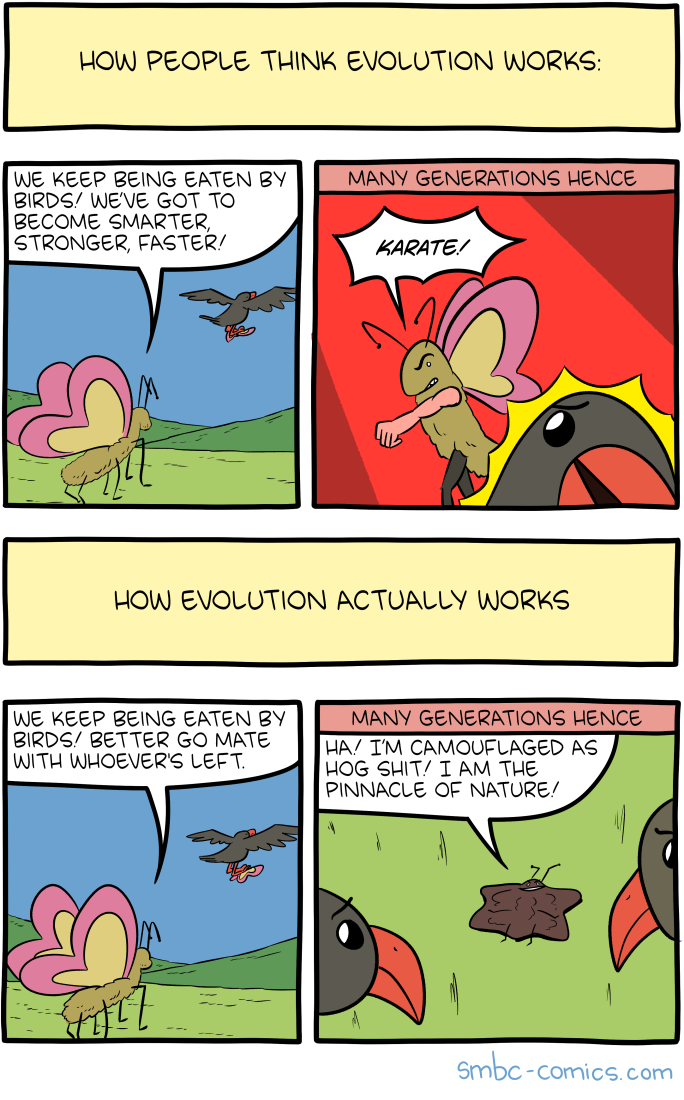 Matthew posted a notice about the Antarctic treaty yesterday from Dr. Emma Johnston, an Aussie scientist who works in that frozen land, and on her thread I found this paean to Antarctica. Sound up, and check out her Antarctica photos at her Twitter site. (She’s also a science presenter.)

On #WorldAntarcticDay, and the 60th Anniversary of the Antarctic Treaty, @UNSWScience Dean @DrEmmaLJohnston shares a moving Ode to Antarctica for @AntarcticSF. Listen with sound. 🔊🐧 pic.twitter.com/Vm7b7frlyk

Some tweets from Matthew, including a series on a student’s erroneous calculation, as shown on a clay tablet, some four thousand years ago. That tablet happens to reside in the University of Chicago’s Oriental Institute, which I pass every day walking to and from work.

a video of the offending tablet pic.twitter.com/SrX9SngTQ5

The second comment, about the “University of Chicago thing”, refers to our reputation for geekiness:

The largest falcon in the world, the great white Gyrfalcon reigns over barren tundra and desolate coasts in the high Arctic. You can find the predator in parts of Alaska all year long. https://t.co/9G6MnDNzak pic.twitter.com/RTVDJY2FkQ

A kakapo has survived an aspergillis infection to be returned to the wild. A good day!

Cyndy being released by @JakeOsborne on Whenua Hou on Weds, after 6 months in hospital for aspergillosis treatment. A big moment to have an adult founder survive the #disease. She even leaves a goodbye present! Video: Bryony Hitchcock. #kakapo #kakapo2019 #conservation pic.twitter.com/siahJn0TqM

A long-horned beetle on a screen:

And I’m pretty sure you haven’t seen this one:

From Heather Hastie, we get a tweet showing once again that you should never put clothes on either cats or penguins. It detracts from the dignity of a cat and the unclothed cuteness of a penguin.

"i don't know, Graham, maybe the world just isn't ready for a penguin in a pig suit yet"

From reader Barry, we get a tweet about a tortoise who enters people’s houses. At least he’s not asking if you’ve heard the Good News!

This is fantastic. A friendly tortoise roaming the neighborhood. https://t.co/SdCFq86GqB

And from Gethyn, another Dick King-Smith tweet in which a cat has a Eureka Moment:

The moment of scientific discovery: the quickening of the pulse, observations crystallising. The apple drops from the tree. The man jumps up from a bathtub. Cause and effect: paw – lever – panda. pic.twitter.com/yUY37DAWpm

I’ll be here all week, folks! Make that all year.