A frosty morning on the picket line today – better than yesterday, when it was chucking it down and I thought I might end up with a case of trenchfoot.

In Poland, Hili has some important news:

Hili: I sat down here to tell you something.
A: Tell me what?
Hili: That I’m sitting here. 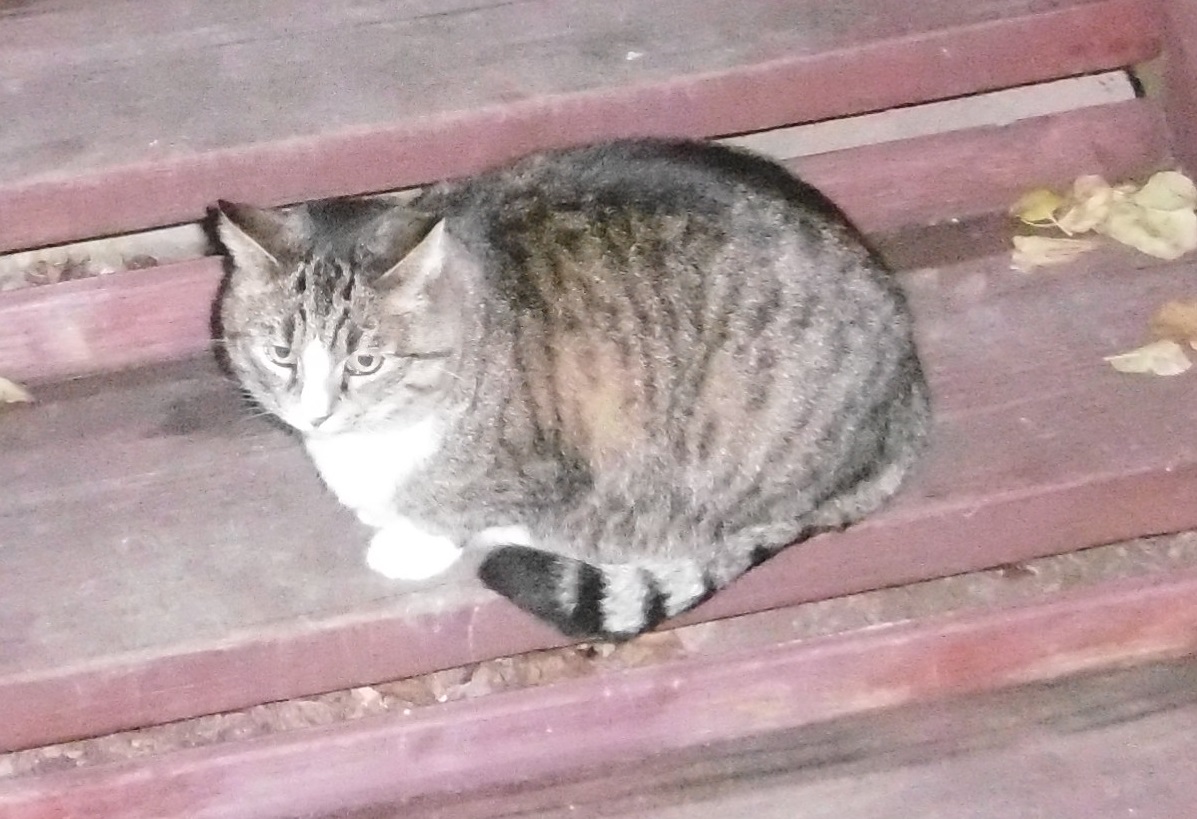 In Polish:
Hili: Przysiadłam tu, żeby wam powiedzieć.
Ja: O czym?
Hili: Że tu siedzę.
Down on the farm, it’s a lovely morning and the fowl are all very keen to have breakfast:

A quarter-century anniversary of an amazing find:

It's 25 years since David Noble stumbled across this stand of bizarre trees in a rocky valley near Sydney, Australia. This is the plant kingdom's great survivor: Wollemia, an araucarian conifer that once dominated Gondwana but was eventually reduced to a single clone #dinosaurs pic.twitter.com/eCBqIb09OT

UK readers of a certain age will recognise the two quadragenarian entertainers here – it’s Eric Morecambe (with the specs) and Ernie Wise (with the wig). They were a mainstay of UK television in the 1970s, and regularly did skits like this one with Tom Jones, including famous people like André Previn (“I’m playing all the right notes, just not in the right order”) and Glenda Jackson.

One of the most gloriously stupid pieces of art ever created by humankind. pic.twitter.com/59rHNaxE5s

A very brief Otter encounter this morning. I had this one for about 25 minutes as it came to the end of it's feed. This is a wee video clip of it checking it's messages before coming ashore 😁 Isle of Bute #ilovebute pic.twitter.com/TuvOImEq5y

Even fossils can be ephemeral:

The widest moth in the world:

Here’s some footage I took of the White Witch Moth— widest insect wingspan in the world.
It is ~ 1 ft (30cm) wingtip to wingtip! As far as I know there isn’t other footage out there of them flying slow motion in their natural habitat. pic.twitter.com/oF4WrRAPMx

Love a bittern. What’s the difference between the American and the European versions?

I went birding a few days ago and had a lucky encounter with an American Bittern. My friend got photos of this, a completely normal bird pic.twitter.com/XUnB4Hna96

A cosmic perspective. The Universe is very very very big.