Another UK university strike day, so this is posted as I rush off to the picket line (the strike will continue until next Wednesday). In Manchester we are organising ‘teach outs’ with various talks being given – I’m speaking about ‘The Idea of the Brain’ today at lunchtime.

In Poland, Hili has some heartening words:

Hili: The world needs courage.
A: And reason.
Hili: Undoubtedly. 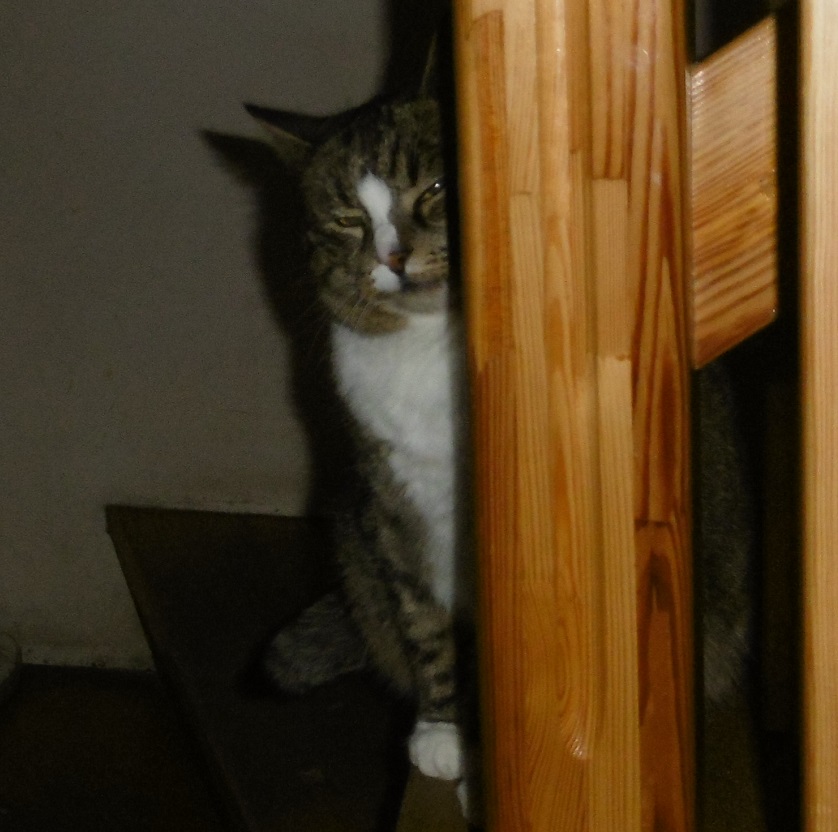 In Polish:
Hili: Świat potrzebuje odwagi.
Ja: I rozsądku.
Hili: Bez wątpienia.
Mietek update from JAC:  The kitten is doing well, and, according to Elzbieta, Mietek has gained 300 grams since they got him. In fact, he’s eating so voraciously that they’re worried he’ll become as fat as Hili! But he’s just trying to gain back the weight he lost when he was mistreated and malnourished. Here’s a new photo of the lad: 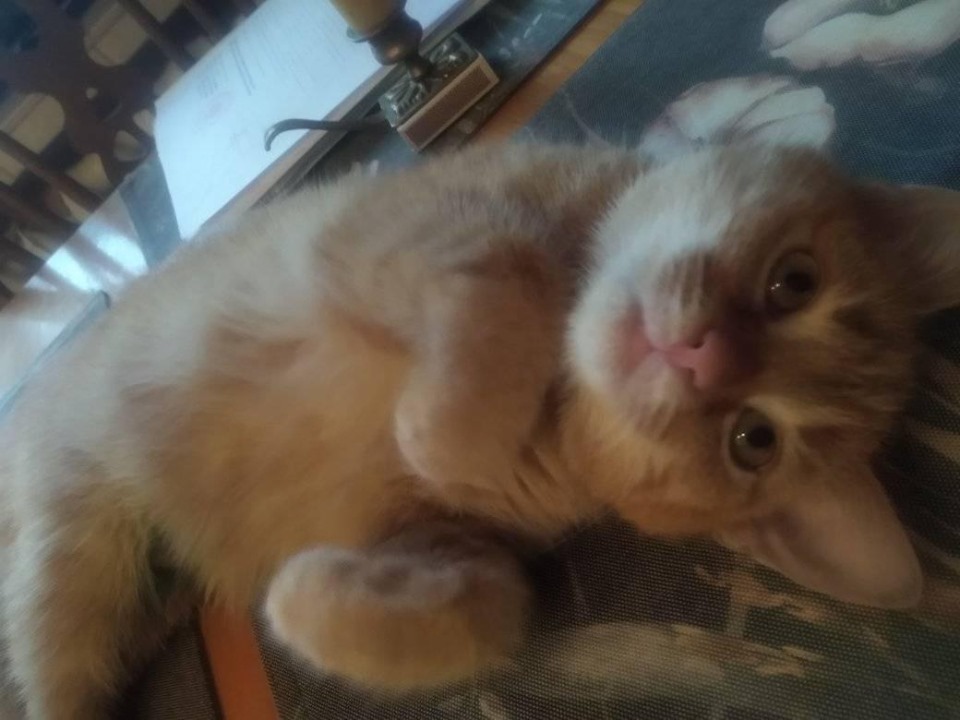 Duck report: In cold Chicago, one of the Secret Duck Farmers reports:

We had 6 ducks for breakfast: 4 males and 2 females. It was about 45 degrees this morning and very windy. We may have gusts up to 50 mph today.

We had 16 ducks for lunch; 8 males and 8 females. It was colder and windier than this morning. Brrr.

Down on the farm, things are a rush:

Yesterday, we said farewell to two very cultured men – the Australian writer, poet and critic Clive James, and the physician and director Jonathan Miller. James, aged 80, received his first terminal diagnosis ten years ago, and carried on writing until very near the end. Miller, aged 85, shot to fame as part of the 1960s satire boom, with Beyond the Fringe, before abandoning both comedy and medicine to become a brilliant theatre director.

As Twitter noted, both men were lucid about the future. First, Paul Bronks with an uncharacteristically animal-free tweet:

A link to the news of Miller’s death:

"I never use the word atheist of myself. It's scarcely worth having a name for. I don't have a name for not believing in pixies." Jonathan Miller, RIP https://t.co/rBkPbcKCul

This video has been going the rounds in various forms. Here’s the version I first saw, with a Spanish title:

Fascinating use of ancient DNA:

Stunning aDNA work here by @LucyvanDorp et al.: DNA taken from slides from 1944 used to reconstruct the genome of an eradicated strain of malaria, and then show that Europeans introduced malaria to the Americas in the 15th century. Stunning. https://t.co/T3RA3kNbtC

All cats do this, we just can’t see:

Happy hump(back) day! On a rainy day in the Strait of Georgia our @icListen hydrophones picked up a beautiful whalesong being performed by some far away humpbacks whales. Turn your volume all the way up to hear this charming whale rendition of "Singin' in the Rain"🔈#knowtheocean pic.twitter.com/uw1Oz0lov1

Today I found out the most fucking insane thing and that's George Clooney did all those Nespresso ads so he could spend millions of dollars keeping his own private satellite in orbit over Sudan for years to keep track of war crimes being committed by the Sudanese government pic.twitter.com/NJpvahqabE

The linked article is over-long, but very interesting. Have any readers seen this?

"And so there it stands, a 26,000-year clock of sorts, for all the world to see, and yet still mired in obscurity."
Via @longnow https://t.co/WG9DPwKju8

A couple of tweets from me. This is true:

I ate some of these on a visit to @BristolUni with @PeaseRoland. Seriously. They tasted gritty. Couldn’t tell if they were animals or not, though. https://t.co/S0YfVfcur8

And this may be: