It’s a gloomy damp Saturday in Manchester but the house is clean and the weekly shop has been done, so all is well.

In Poland, Hili has some good advice:

Hili: I’m announcing a day without fake news.
A: How will you achieve that?
Hili: By avoiding news. 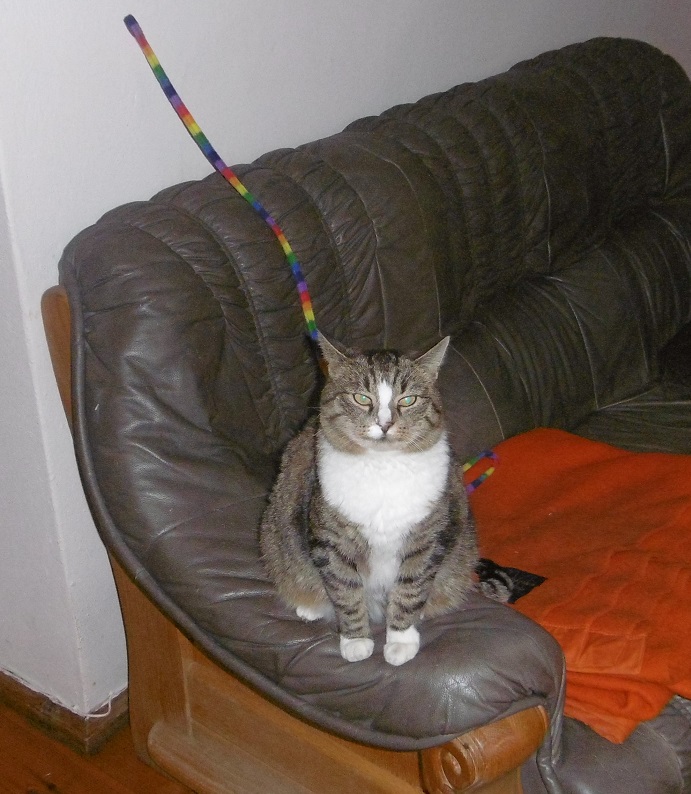 Hili: Ogłaszam dzień bez fake news.
Ja: I jak to osiągniesz?
Hili: Unikając wiadomości.
Down on the farm, the rush hour starts chaotically, but then something untoward happens:

At a Vermont duck sanctuary, the rush hour doesn’t go quite as planned.  (The description here is otiose and supernumerary, as well as being a spoiler, but watch anyway. The ducks are, in the parlance of the north of England, distinctly nesh.)

These rescued ducks rush outside on the first day of snow only to turn back around just as quickly!

Video from the wonderful Sanctuary at SHO in Vermont. ❄️ #loveALLanimals pic.twitter.com/2VuybK51jk

My father’s response to the ad was “The only thing that could make me prouder would be to see your engagement announced in the local newspaper.” https://t.co/HIpHUaRyjH

1929: The first voyage to the Moon imagined in Fritz Lang's Woman in the Moon (Gerda Maurus)

My kind of joke:

The natural order of things. pic.twitter.com/fGQwiIxYJT

I invite readers to come up with a rhyme like that of Dixon Lanier Merritt – “A wonderful bird is the Pelican. His beak can hold more than his belly can.” but applying this to the common coromorant or shag (who lays eggs inside a paper bag – Christopher Isherwood):

Cormorant doing it's best to make my jaw hit the floor!

The Boss likes sheepdogs, so here’s one for you, Jerry:

A “force” in the north of England is a waterfall:

22 thoughts on “Saturday: Hili dialogue, farm rush hour and some nesh ducks, as well as other tweets”