A few readers have asked for updates on Mietek, the new kitten adopted by Andrzej the Second and Elzbieta after they found him starving and wounded in a cardboard box outside a church. The jerk who kicked the kitten caused a kind of hernia that required Mietek to have an emergency operation. The operation was pretty much of a success, but he’ll need another operation in a month, which can go along with him being simultaneously castrated (Mietek’s about three months old).

In the meanwhile, Mietek is getting along swimmingly with his brother Leon, and, according to Malgorzata,

Mietek is running and jumping. He got his injections and he has taken over the household, Leon included. The problem is that he should not be jumping and let the muscle heal. E and A don’t have any idea how to slow him down.

The vet has suggested putting a sleeve or a sock over Mietek’s midsection as a kind of truss to hold his innards in until the next operation. Fingers crossed, but things look good.

Here’s a new photo of Mietek with brother Leon. Look how small the kitten is! As Malgorzata added, “He is absolutely tiny. He is smaller at 3 months than Hili was when she came to us – and she was 8 weeks old.” 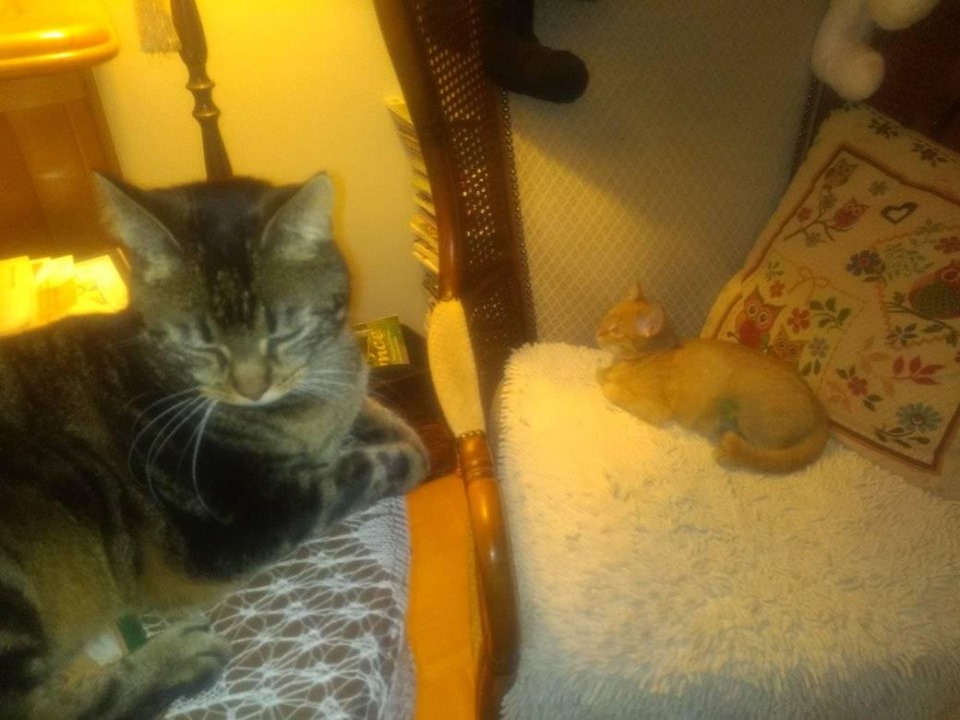