In Poland, Hili is snoozing in the sun:

Hili: May I lie down here?
A: For how long?
Hili: For some time. 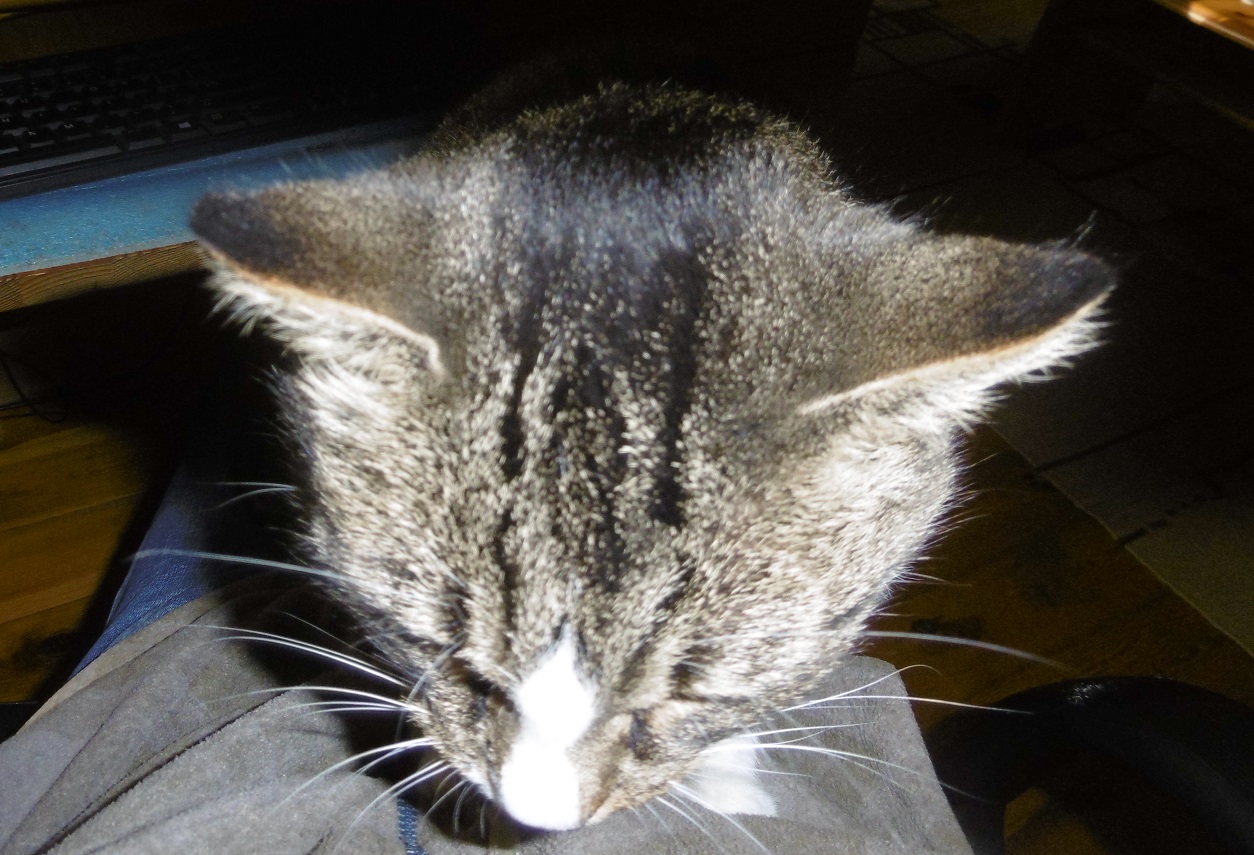 .
At Marsh Farm rush hour, the cat goes in, while the ducks come out:

Extraordinary video of an ichneumon parasitoid wasp trying to locate its beetle larva prey/host for its babies. Look at how she bends back her antennae, gradually getting closer to a point above the larva deep inside the wood. What sensory modality is it using? Chemoreception (in which case the smell of the larva would have to get through all that woody material) or some kind of sonar? The way she drums her antennae and brings them closer and closer together suggests the latter:

#InsectOfTheDay no.313. Podoschistus scutellaris, ichneumonid that spent some time searching for hosts at the side of the house a while back. Video of it apparently contacting a potential host, but never managed to pin the host down! https://t.co/9ASkoQxv0e pic.twitter.com/OWy4zK81vS

Now this is what we call a cat walk. Leo 104M Amur leopard filmed by a photo trap at the Land of the Leopard Nature Reserve not far from Vladivostok @Leopard_land pic.twitter.com/FAmi94f5EV

These are the 860 English words whose letters are in alphabetical order: pic.twitter.com/qqzStfo7tF

There were 28 ducks for lunch, and 28 ducks for breakfast. At least I think so:  I have trouble counting them. They refuse to line up and sound off.

At lunchtime, it was a tad warmer: I think it was up to 40 degrees, and we had a little sunshine. But over the next three days we are expecting it to become cold. We will be lucky if we get UP to freezing.

One grad student asked, “Are we going to have to bring the ducks inside?” I got a laugh out of that.

Another grad student told me that he has seen the ducks asleep at midnight. They had their heads tucked under and they were floating together in a circle.

The other secret duck farmer sent two photos and said, ” I thought you’d both enjoy the partly iced over pond images ” 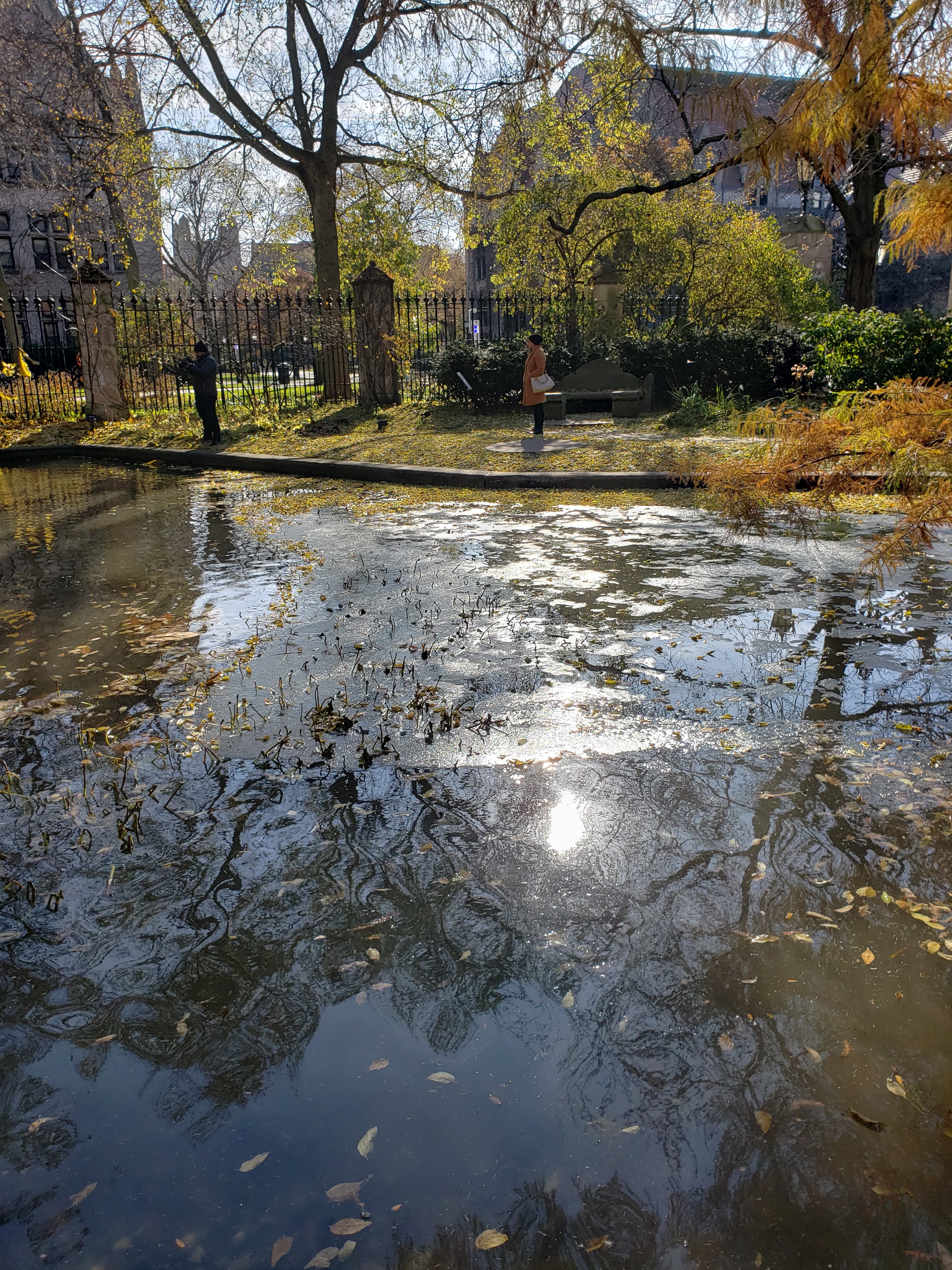 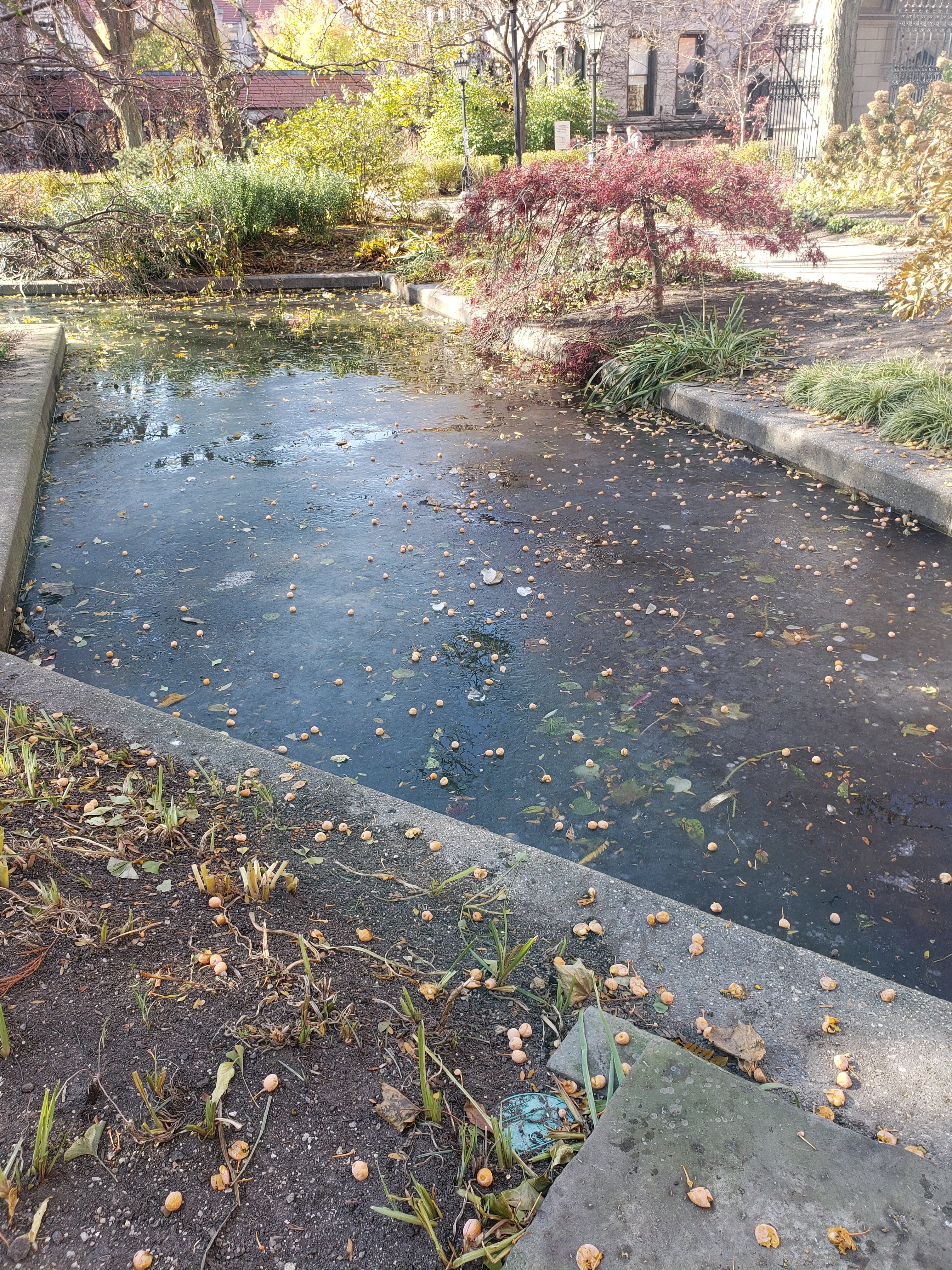