And yes it is indeed Wednesday, and that means that yesterday was Tuesday, no matter what I wrote here. Don’t believe everything you read on the Interwebz, folks!

In Poland, too, it is Wednesday, and autumn has well and truly kicked in. I can’t tell whether Hili is pleased or annoyed, but she certainly is:

Hili: And the whole garden is looking like this.
A: We will slowly manage to deal with it somehow. 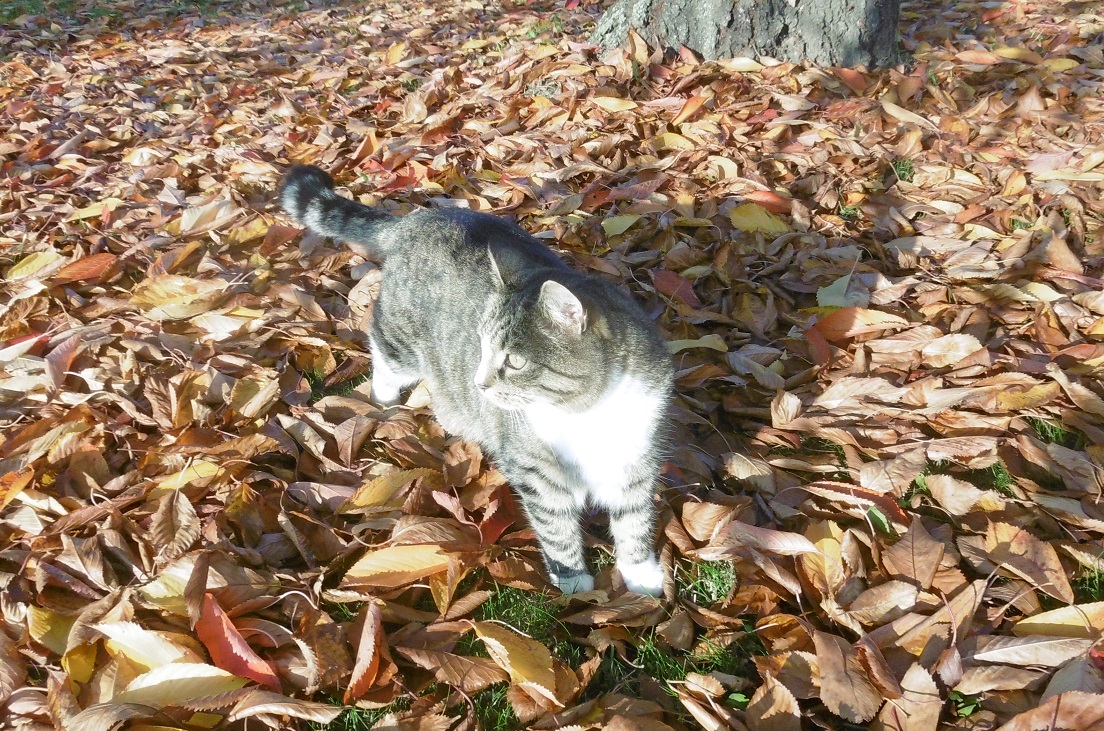 Hili: I tak wygląda cały ogród!
Ja: Powoli jakoś sobie z tym poradzimy.
.
A sombre On This Day tweet from one of the most important accounts on Twitter:

30 October 1944 | Evacuation transport of 1,308 female Jews from Auschwitz reached the Bergen-Belsen concentration camp. Among them probably sisters Anne & Margot Frank. They died there of typhus at the beginning of 1945. pic.twitter.com/S9sXiLP4lA

A fabulous murmuration from the BBC’s Autumnwatch programme:

You know it's autumn when you spot this happening in the sky 😲#Autumnwatch pic.twitter.com/O5pyOMzhIJ

Sanderlings reliably greet me at nearly every beach trip. I love to watch them run like little windup toys as they play tag with the waves. pic.twitter.com/leMXqMBR1i

Touching and sad – where is Mum?

"The quality of mercy is not strained,
It droppeth as the gentle rain from heaven
upon the place beneath; It is twice blessed,
It blesseth him that gives and him that takes."

These are golden pheasants, an invasive species in the UK (they were brought in for shooting in the 19th century, some escaped and they are now widespread. Very little is known about their ecology.

I too wish to jog with these tiny raptors. pic.twitter.com/NooMeQajFF

Yesterday was #seaslug day on Twitter, and Chris Mah posted this stunning ghost nudibranch. I had no idea.

13 thoughts on “Wednesday: Hili dialogue and tweets, some good, some sad”