In Poland, Hili has an itch:

Hili: Something has bitten me.
A: But what?
Hili: I don’t know but I hope my claws will find it. 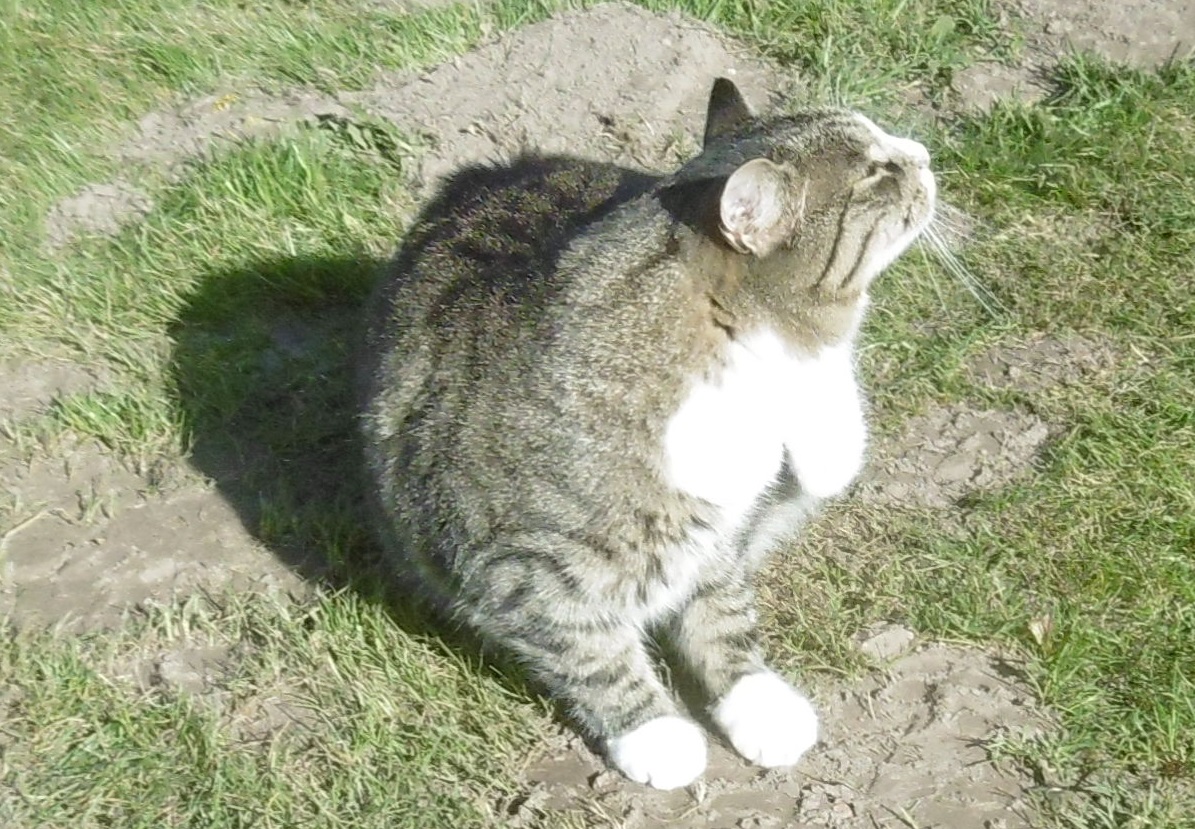 Nearby, Leon is on the lookout for mushrooms. Malgorzata explains:

It’s an exceptionally “mushroomy” year in Poland and people are filling huge baskets with them. I got one basket full of beautiful mushrooms. Part are now pickled in jars the rest are deep frozen for soups, sources etc.

Leon: I don’t see any mushrooms.

From Twitter: A glorious autumn spectacle in the UK

WOW! A big group of pink footed geese from Iceland flew in to the reserve around an hour ago – the noise is incredible 📣 They're currently resting on the reserve after a long flight 😴 🥔 Nature is just the best ❤️ @WWTworldwide @infocusWWTMM #migration #wetlands #wildlife pic.twitter.com/GCMYYLhGqQ

As it’s Halloween, which baguette is the most scary? Give your reasoning pls pic.twitter.com/vQfuVx3HCW

The ever-reliable Paul Bronks, sent in by Simon Hayward:

"i swear i don't know where the bread is. PLEASE, I HAVE A FAMILY"

And a couple of sad tweets about the state of England’s chalk streams. England has 80% of the world’s chalk streams, but many of them are dying, because of over-subtraction of water. Nothing is being done about this by the relevant agencies, except to turn a blind eye. There is a one-man campaign led by Feargal Sharkey – one-time lead singer of Belfast punk band The Undertones – and here are a couple of his tweets, the first showing what has happened, the second being interviewed on the BBC. Remember that even if the water does eventually come back, the invertebrates and many of the fish will not. This is ecological vandalism – if it were being carried out in the Amazon there would be an outrage:

As you sleep tonight think to the future. #ChalkStreamsInCrisis pic.twitter.com/BWnEF4kwiH

Finally, to remind you that the world is still wondrous, a gorgeous ray, filmed in the Caribbean:

Incredible mobula ray and remora spotted off Trinidad and Tobago. Not sure source of video but looks like it was filmed from an oil and gas platform. https://t.co/gyiwARx6As

11 thoughts on “Friday: Hili dialogue and Leon monologue and some tweets”