I’m back from the dentist, and all is well. I even had a doughnut to celebrate.  Now we have today’s Jesus and Mo strip, called “obtuse”. It’s about the Trinity, an concept that I have yet to grasp despite having imbibed a pretty stiff dose of Sophisticated Theology®. 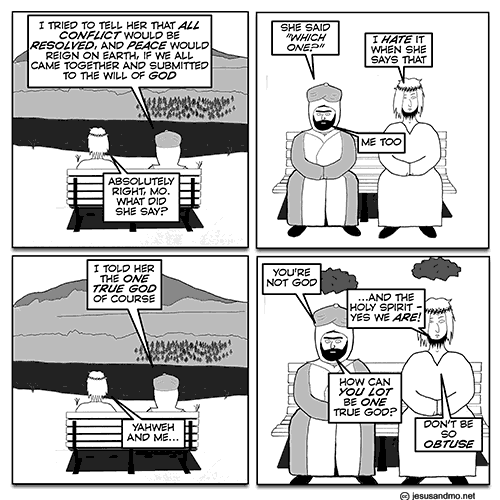 As for who the “she” refers to, I suspect it’s the barmaid. What Mo doesn’t realize is that the Trinity resembles Certs Breath Mints: “It’s three, three—three gods in one!”