We’re combining these features today because naturalist and biologist Lou Jost, who works in Ecuador with the Fundacion Ecominga, sent me photos that could qualify for both. Lou’s captions are indented.

Our Ecuadorian reserves have lots of new species of plants (that’s why we established them), but it takes work to find them. In 2014 a student group led by Drs John Clark and David Neill discovered two mysterious species of Magnolia trees in our Rio Zunac Reserve. These were each later described as new species (M. vargasiana and M. llanganatensis) by Magnolia specialist Dr Antonio Vazquez. We were tremendously excited by these discoveries of such dramatic, spectacular trees. Another species which lives in and around our Manduriacu reserve, M. chiguila with huge flowers, was described in 2016. 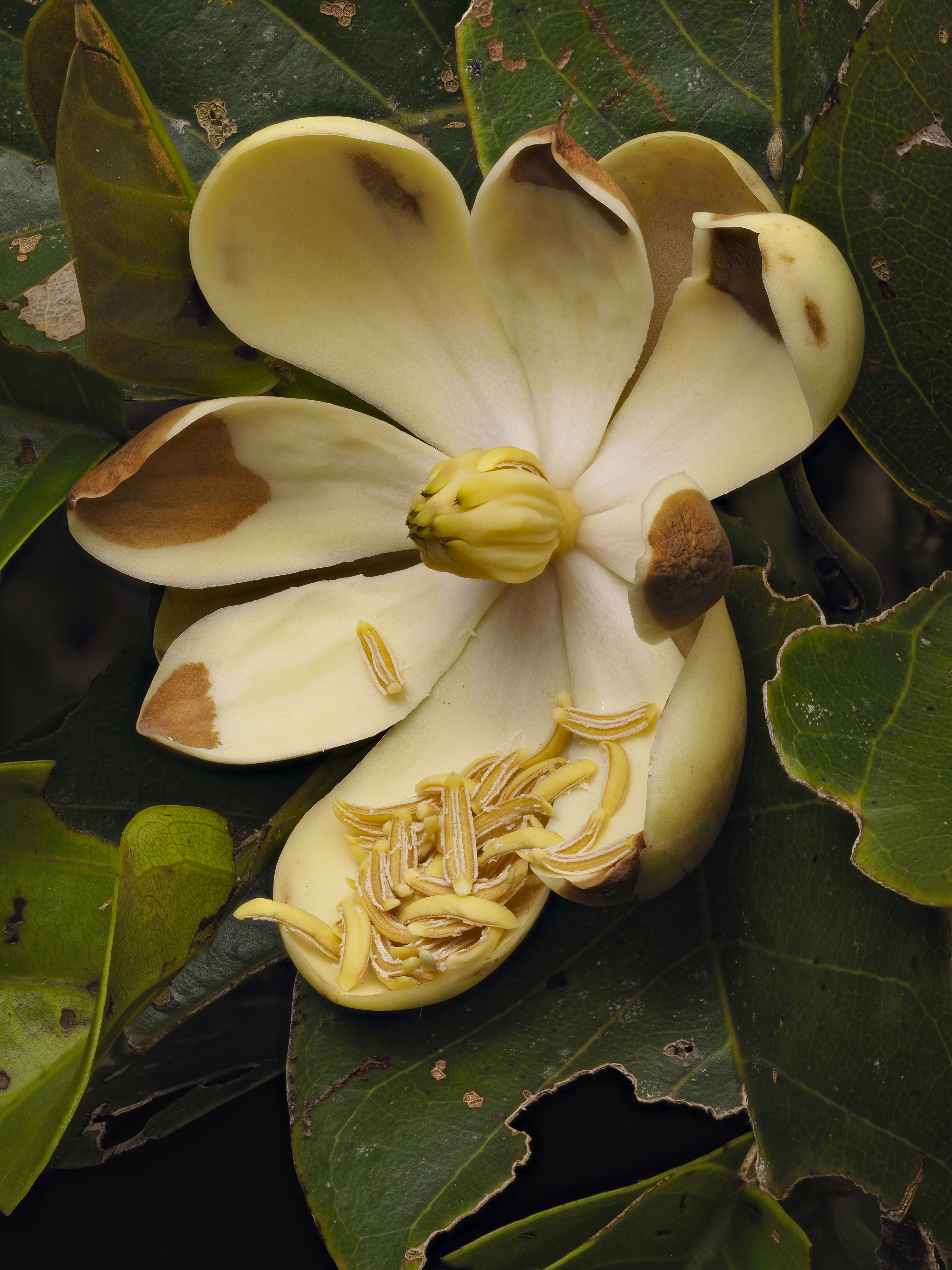 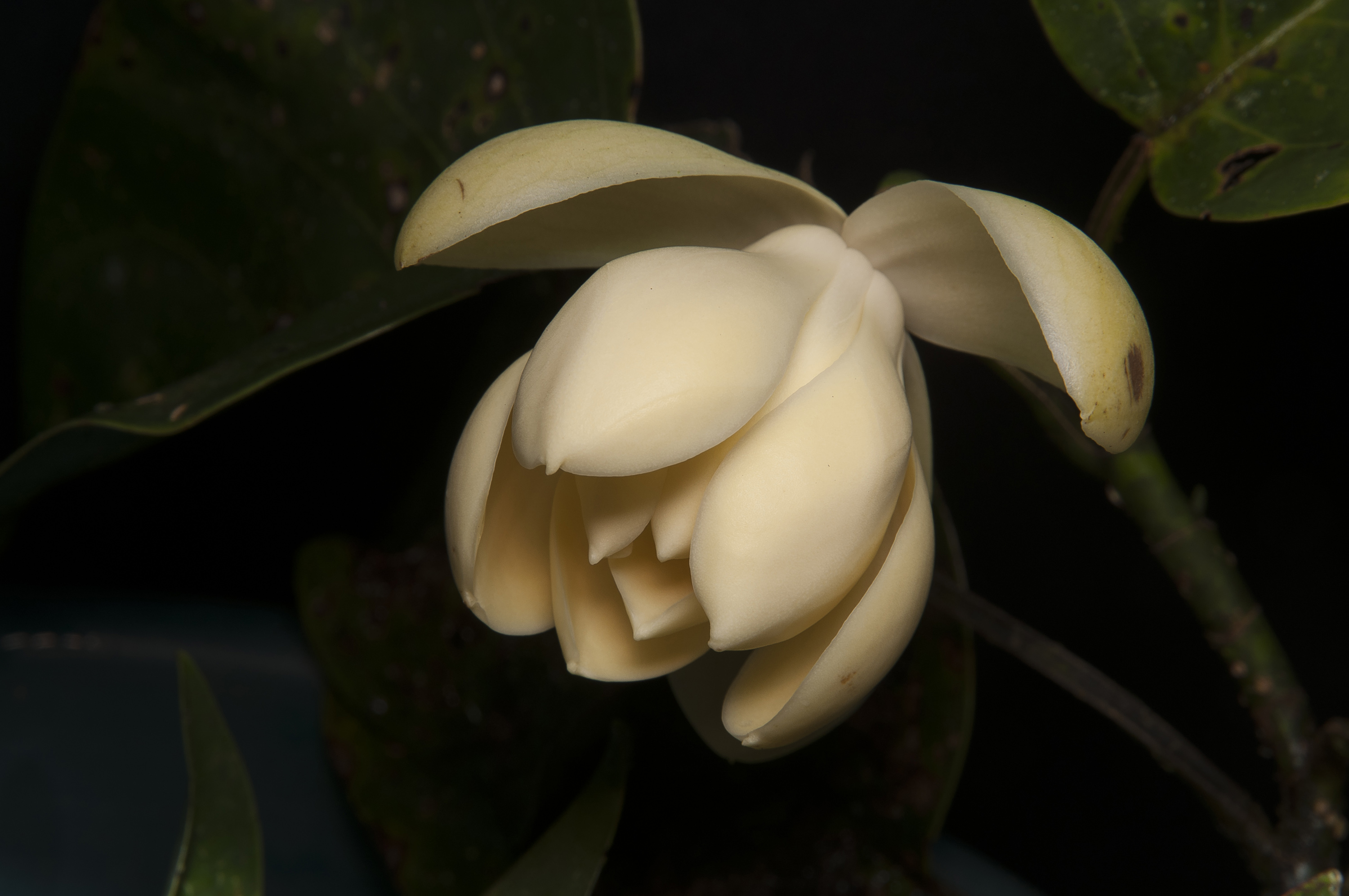 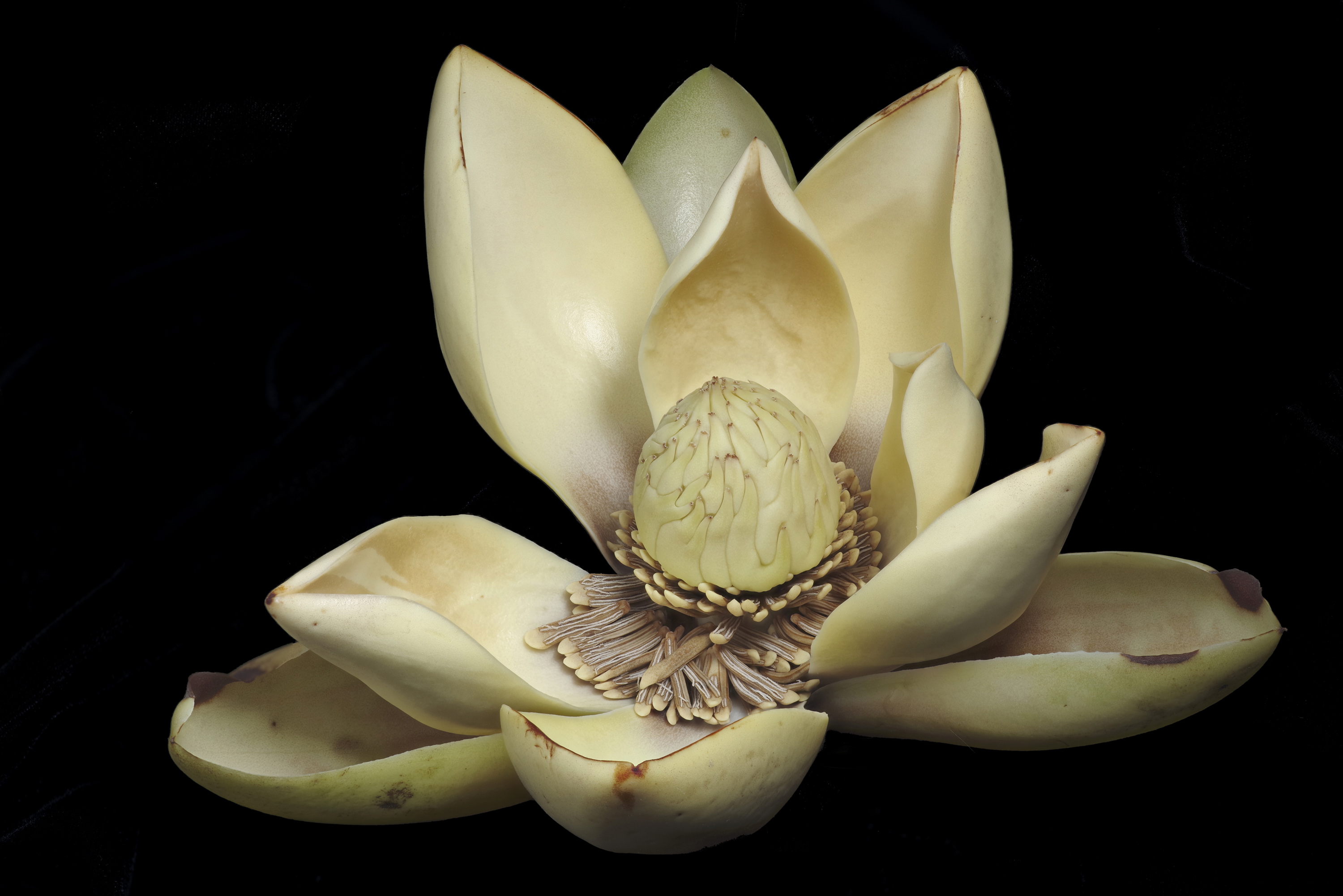 A few years later one of our reserve guards, Fausto Recalde, found a Magnolia tree in the Rio Zunac Reserve that did not seem to match either of the two new species. We needed a closer look at the flowers. But the tree had a long unbranched trunk which could not be climbed. My solution was to use tree-climbing techniques I learned in the 1980s: a bow and arrow to launch a fishing line over the tree, which can then be used to pull up a succession of thicker lines, ending with climbing rope.

The tree to be climbed: 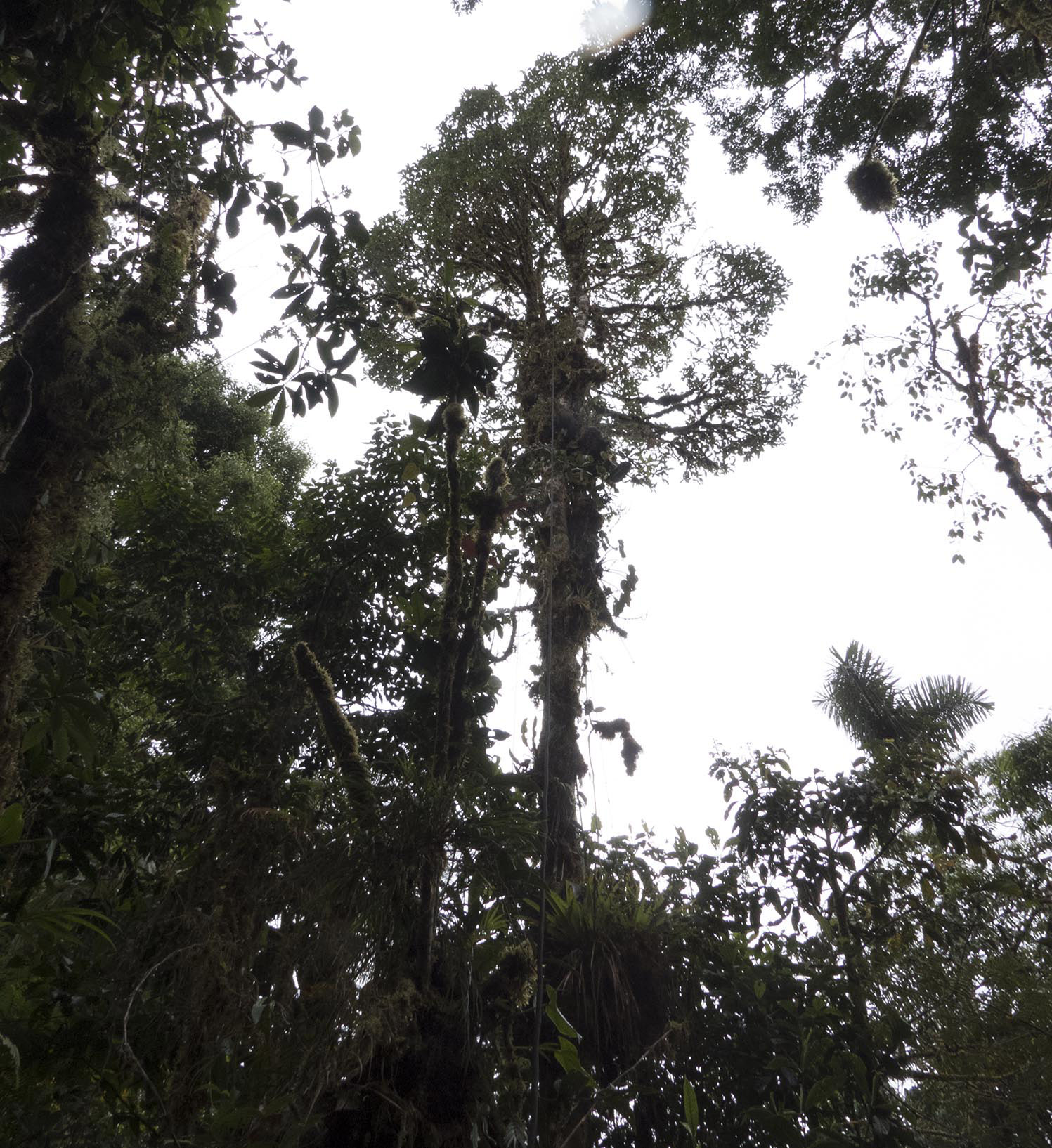 The picture of me shooting the Magnolia tree accidentally captured the exact millisecond when I released the arrow. The arrow is just a long blur. 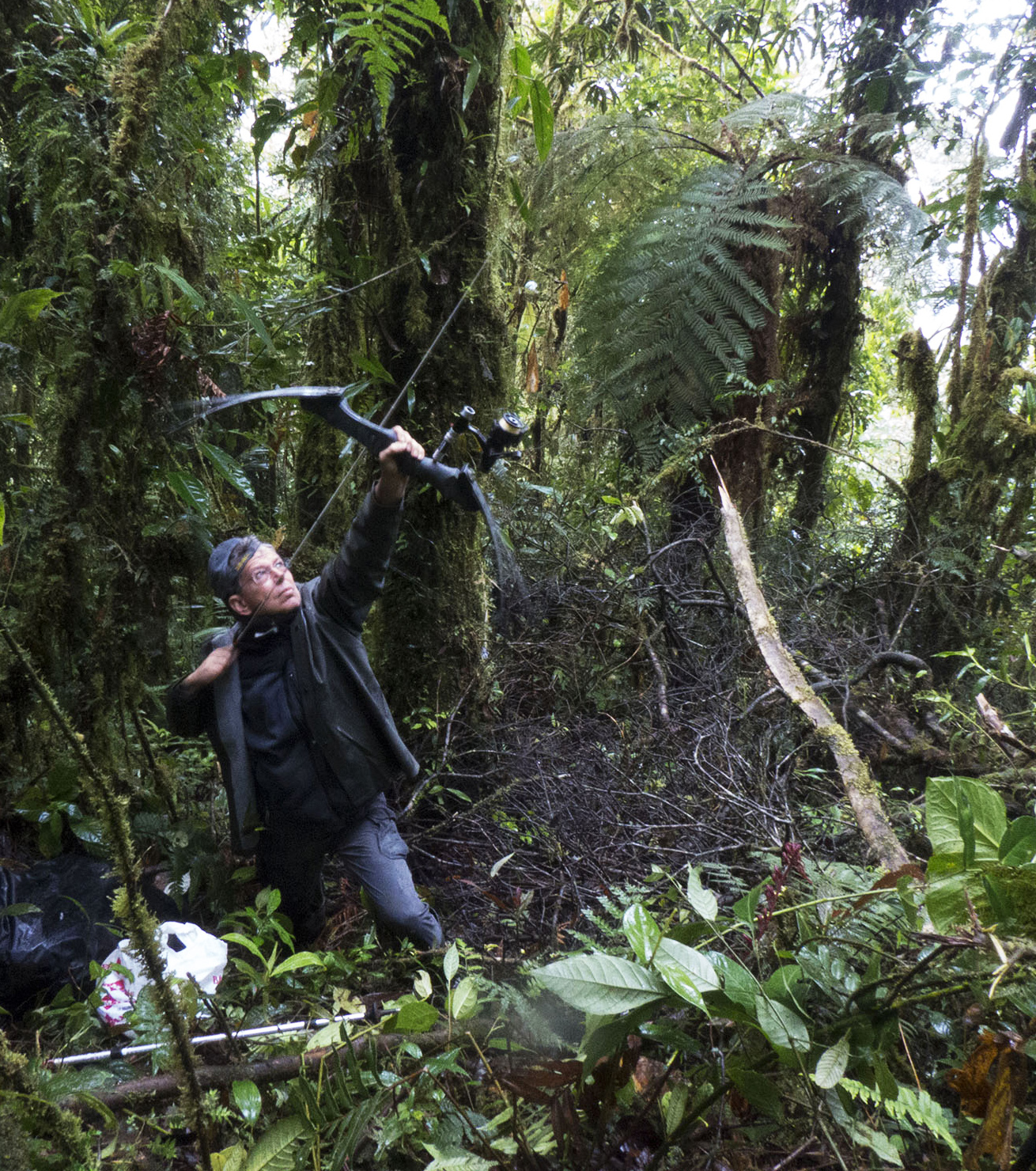 These neotropical Magnolia species are nocturnal: their flowers open only at dusk for a few hours, then close again until the next night, when they open more fully and then disintegrate the next day. The first night they are functionally female, with receptive stigmas. They attract and capture beetles, trapping them inside the flower for the rest of the night and the following day. During that time the stigmas wither and the anthers ripen, releasing pollen that soon covers the trapped beetles. Then in the evening, when female flowers of other trees begin to open, the now functionally male flower opens wide and releases the pollen-covered beetle, which may then enter a female flower somewhere and pollinate it. 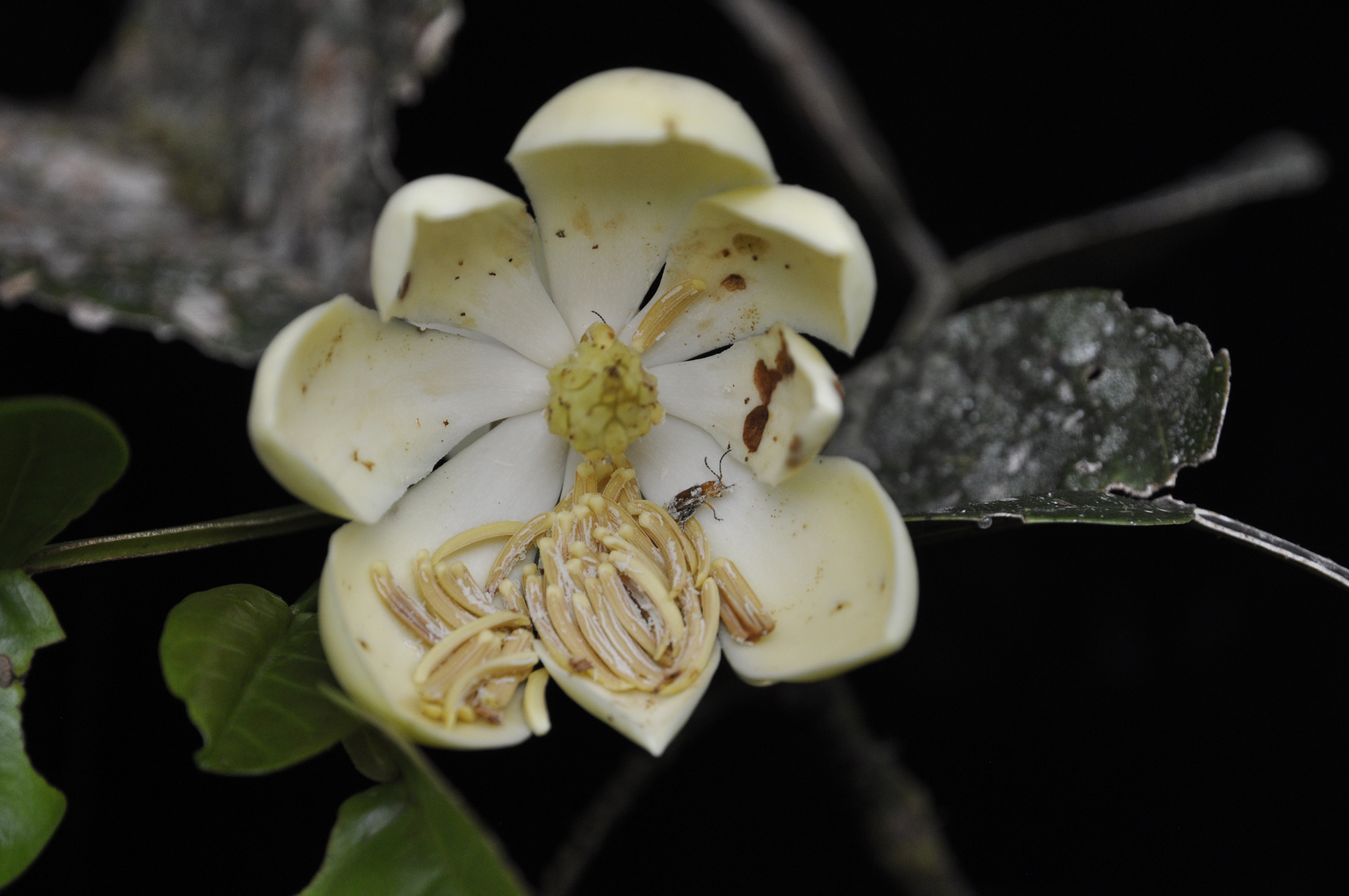 Once I was up in this tree, I collected a few flower buds and branches, and we put them in water and huddled around them at our campsite. As dusk fell, the buds began to open, and we witnessed the flowers for the first time. Eventually I got some buds back to my house and lab, where I could photograph them properly. Fulbright scholar Alyssa Kullberg later spent nine months in our reserves mapping the distributions of our Magnolias, and we now lean towards the theory that this form may be a hybrid between the other two new species of Magnolias. The two newly-described species are more or less separated by elevation, and are morphologically very distinct. This third form is morphologically intermediate and much rarer. Unlike the two described species, it hasn’t ever been found growing alone in pure stands; it is always growing as scattered individuals among much larger populations of one of the other species. Genetic analysis will resolve this question, we hope. 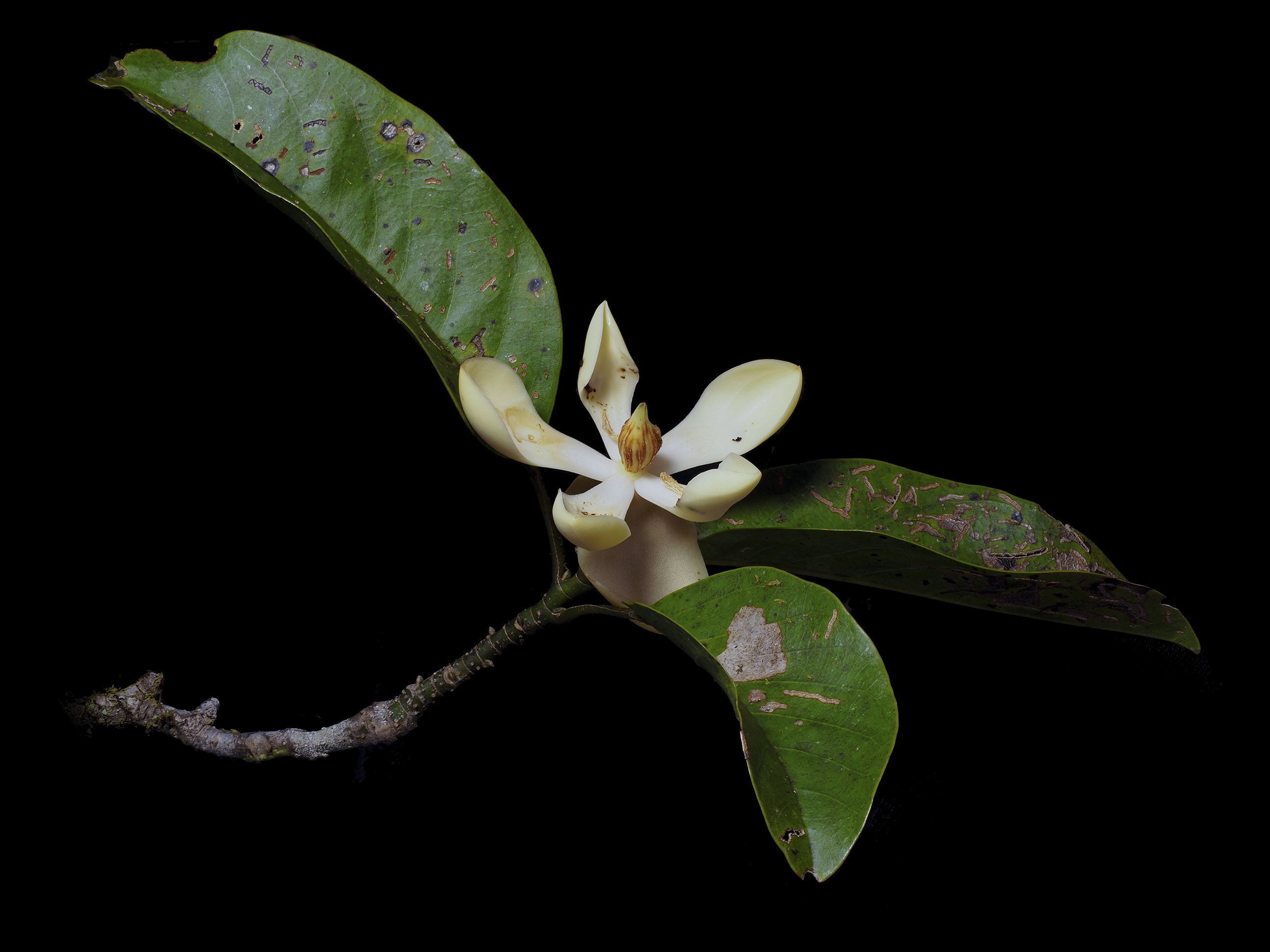