Since Jerry’s not feeling compelled to write much today, I thought I’d bring to readers’ attentions a must-have book: Evolution Illustrated by Waterfowl, by David Lack. 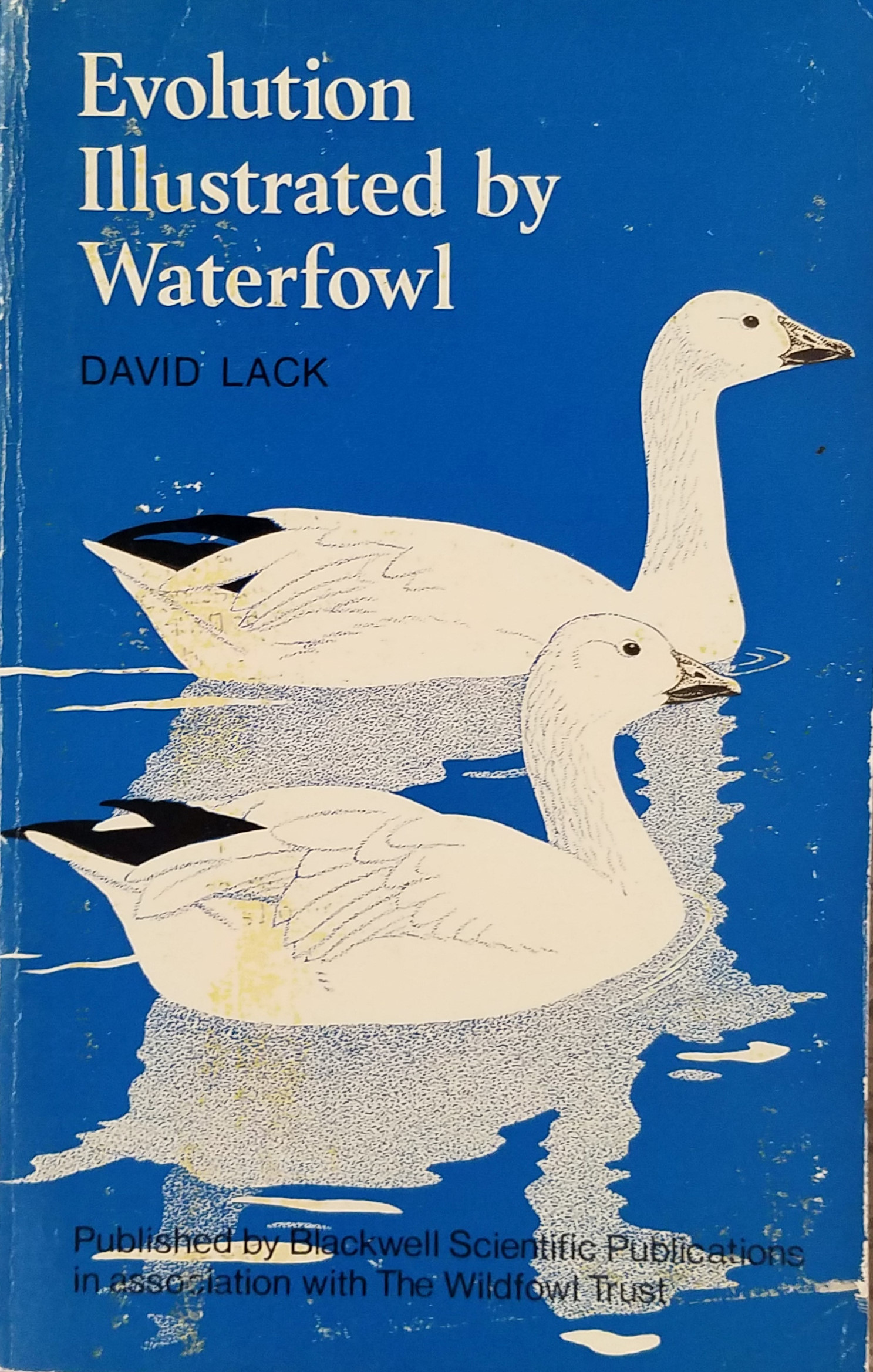 Many WEIT readers, like Jerry, are devoted anatophiles, which means you’ll want to have this small classic by the great British ornithologist, David Lack. Lack, though later becoming director of the Edward Grey Institute at Oxford, did perhaps his most influential work while an amateur prior to World War II. Employed as a master at Dartington Hall school, he took leave to visit the Galapagos Islands and the California Academy of Sciences, his studies during this time ultimately resulting in his classic book, Darwin’s Finches. (He had already published The Birds of Cambridgeshire and The Life of the Robin.)

In Evolution Illustrated by Waterfowl, he uses examples from ducks, geese, and swans to illustrate a broad range of evolutionary and ecological phenomena, including adaptation, speciation, convergent evolution, adaptive radiation, and sexual selection, among a wealth of others. The table of contents lays out the breadth of coverage. 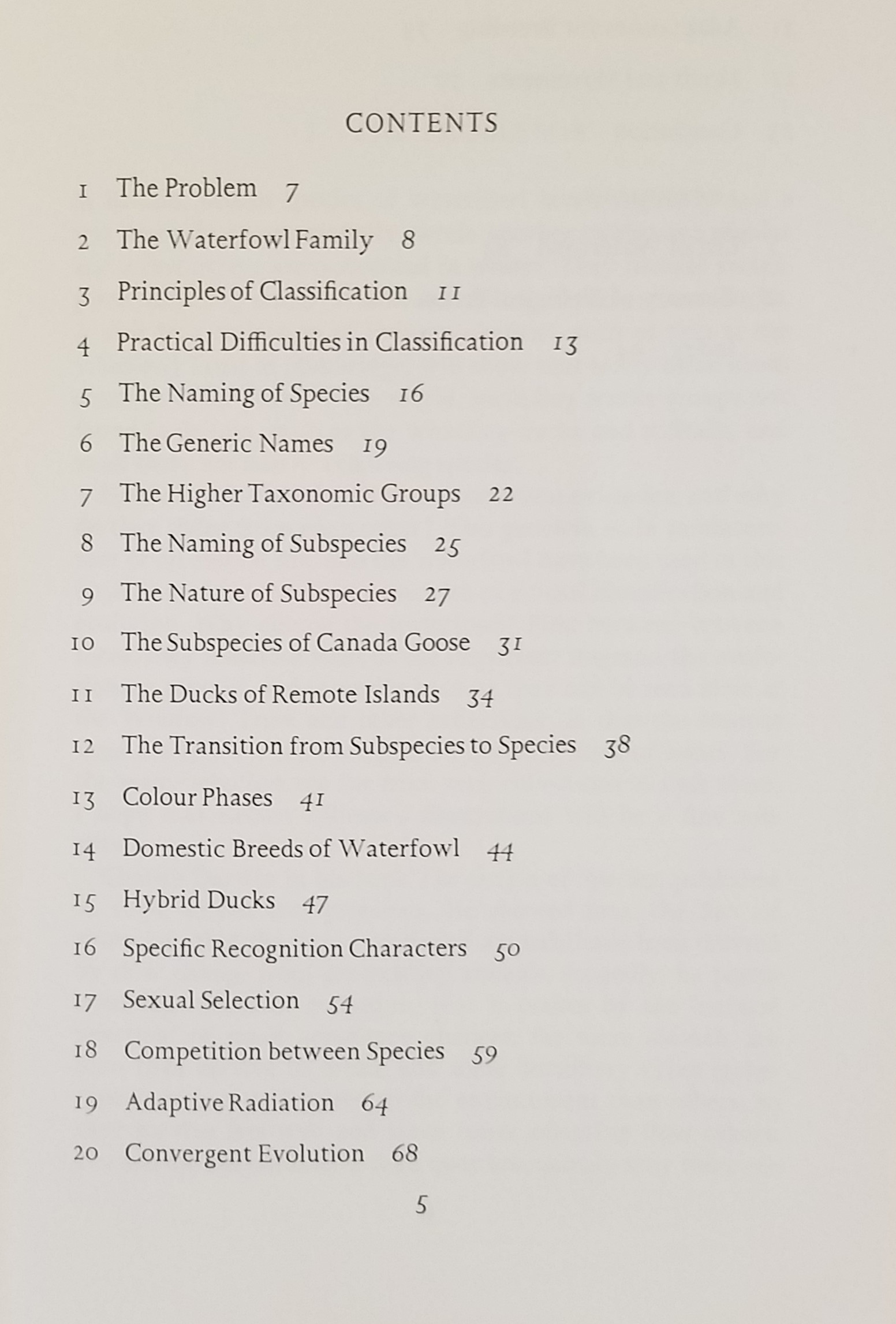 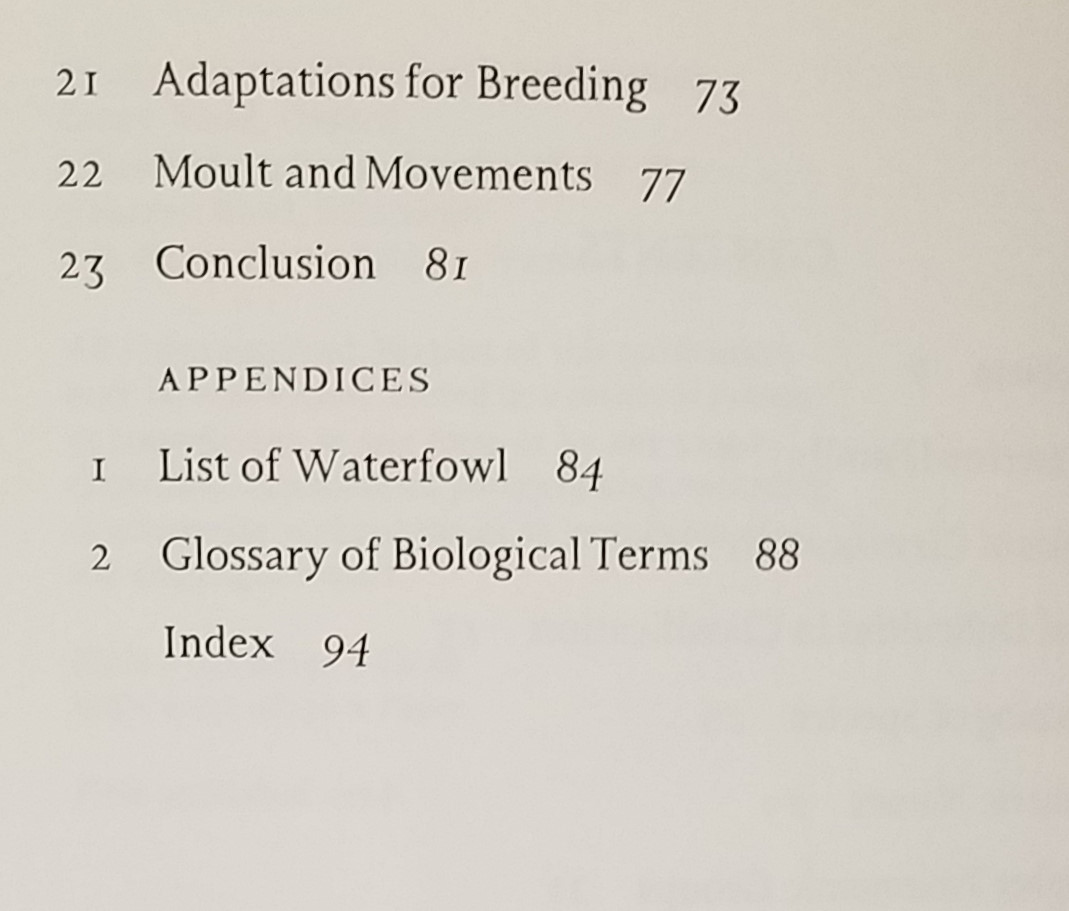 Being an inexpensive book from 45 years ago, it does not have color illustrations, but it is illustrated with many fine line drawings and maps by Robert Gillmor, such as the one below, showing the diversity of Australian waterfowl. 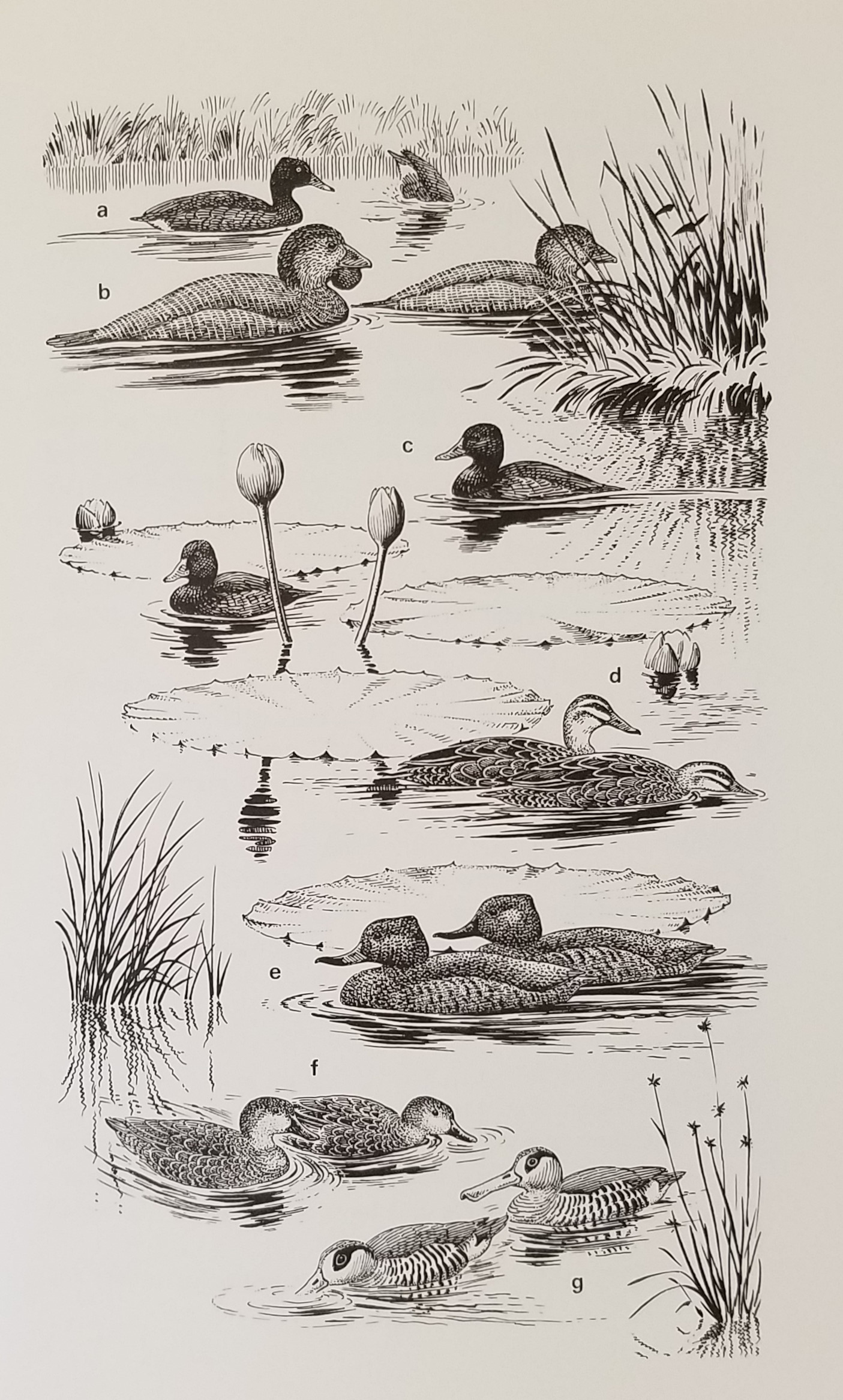 So, get your copy today!

12 thoughts on “Evolution Illustrated by Waterfowl”