I’m trying to catch up on the duck reports, and am getting closer. Katie’s brood is almost completely gone (there’s one offspring left, but it could be Anna’s), but Katie is still here, as is Anna. It’s curious that both moms are hanging around after their brood has departed, as these moms have fully molted and can fly quite well. Maybe they have a sentimental attachment to a place where all their young were treated well.

Daphne, on the other hand, is in the middle of regrowing her feathers, as her offspring have just started flying (in fact, several appear to have left the pond for good; I counted just six this afternoon). Here’s a short video from August 15, when all nine of them were still here:

Here’s the lovely and graceful Anna, who gave us 8 fledged ducklings. She’s instantly recognizable by her long neck and grayish bill: 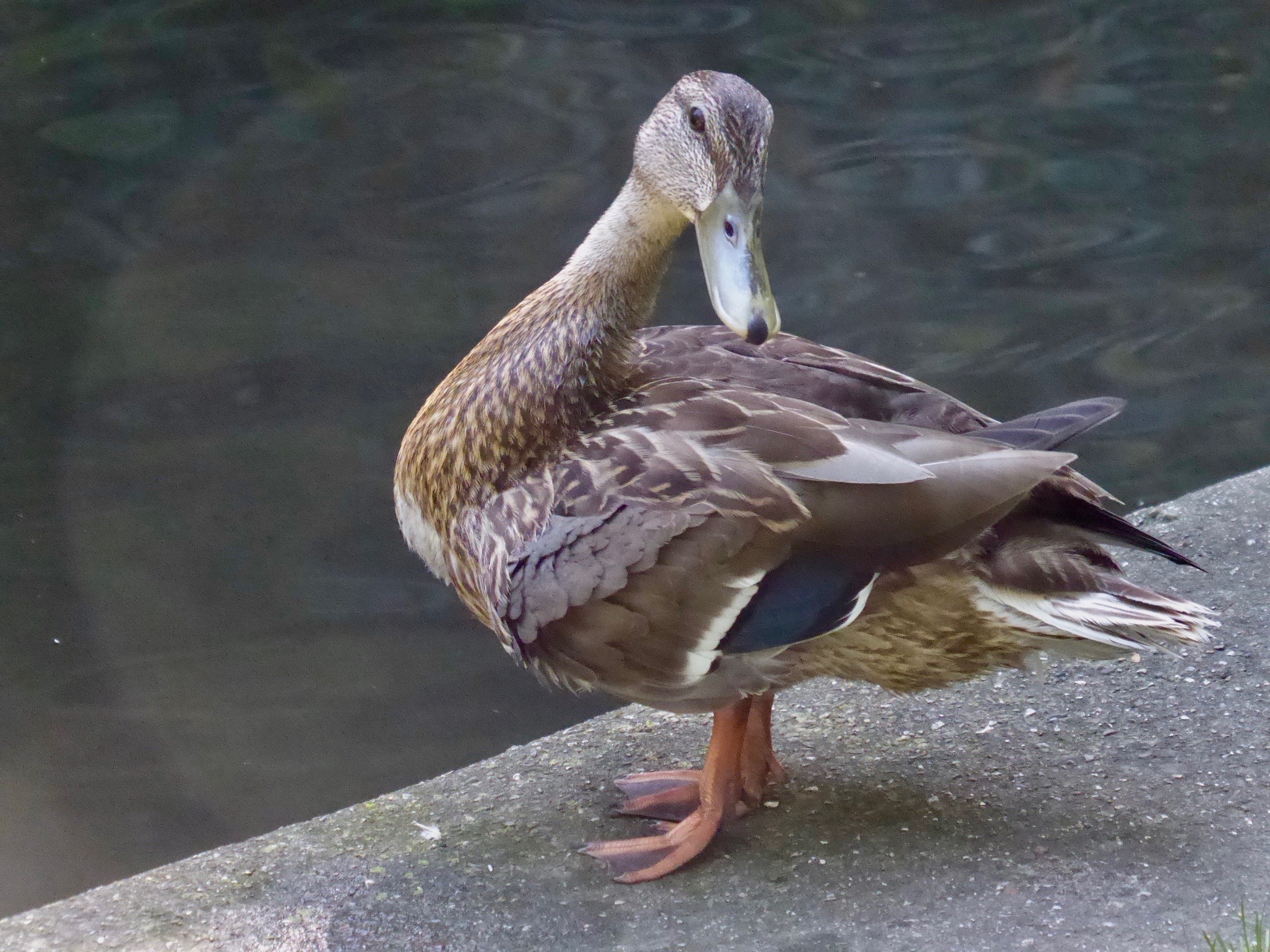 Look how much she can twist it when she’s grooming! 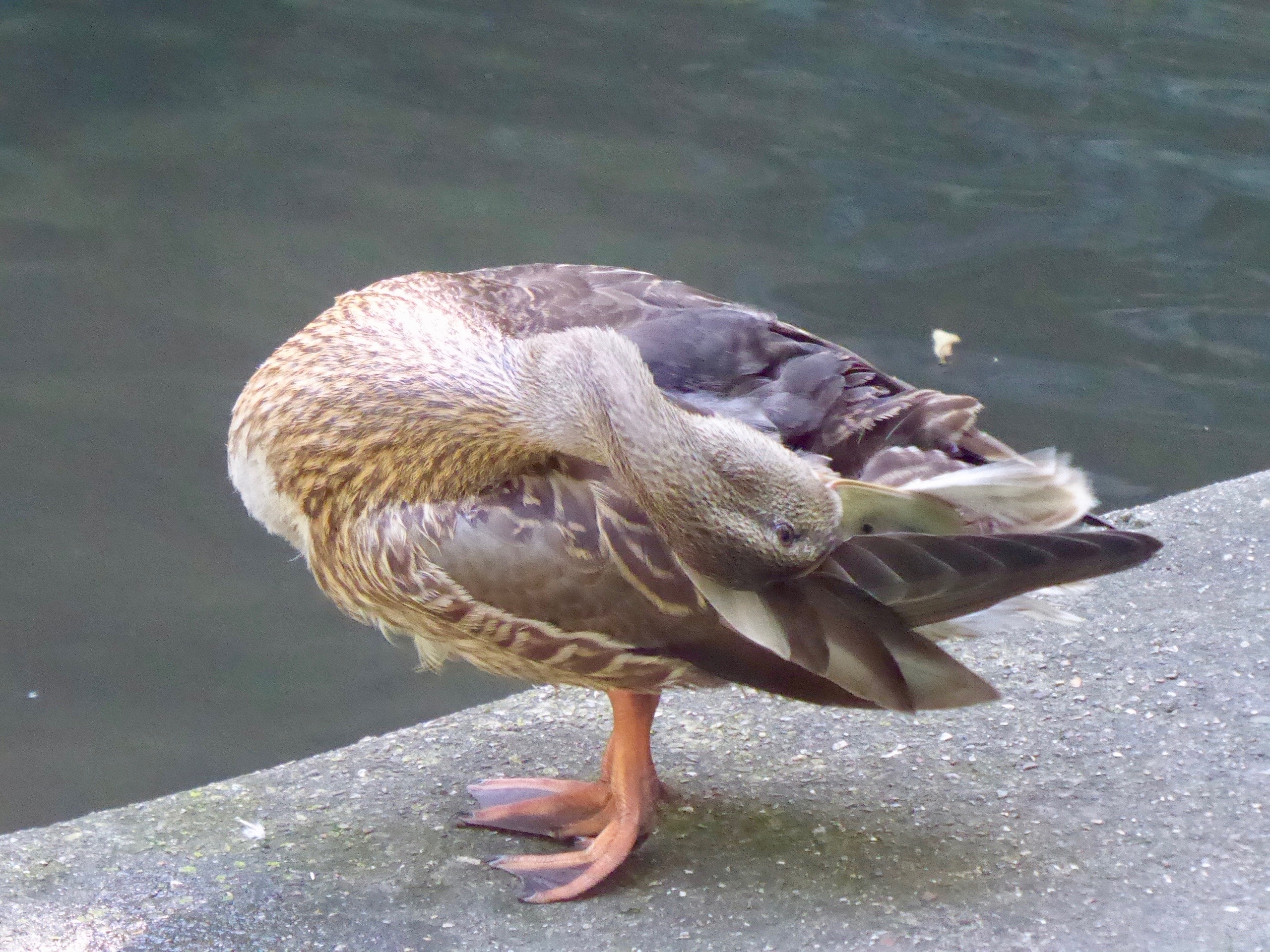 Anna in the green water: 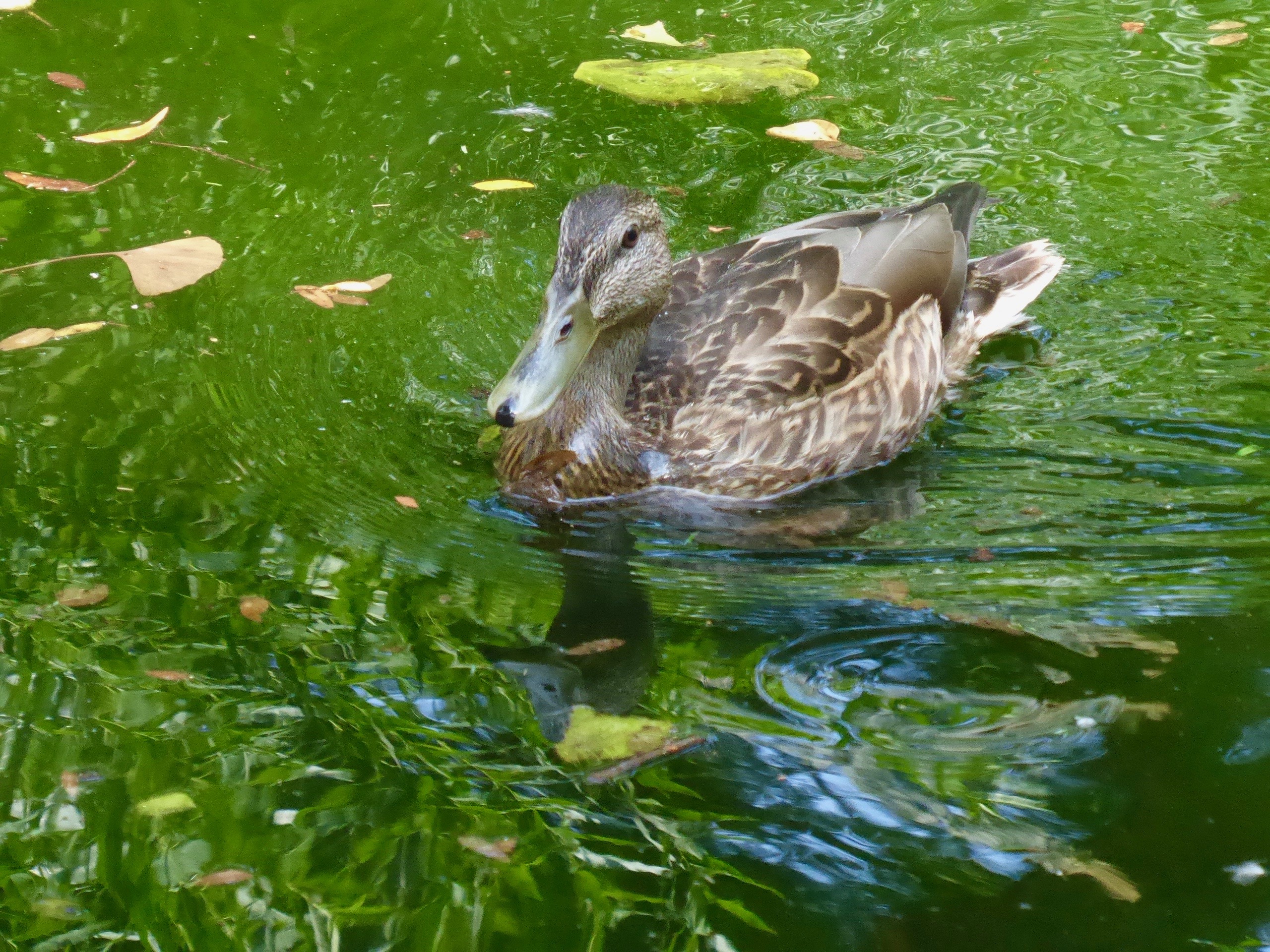 And here’s Katie, the first mom (sometimes I think it’s really Honey, but I doubt it): 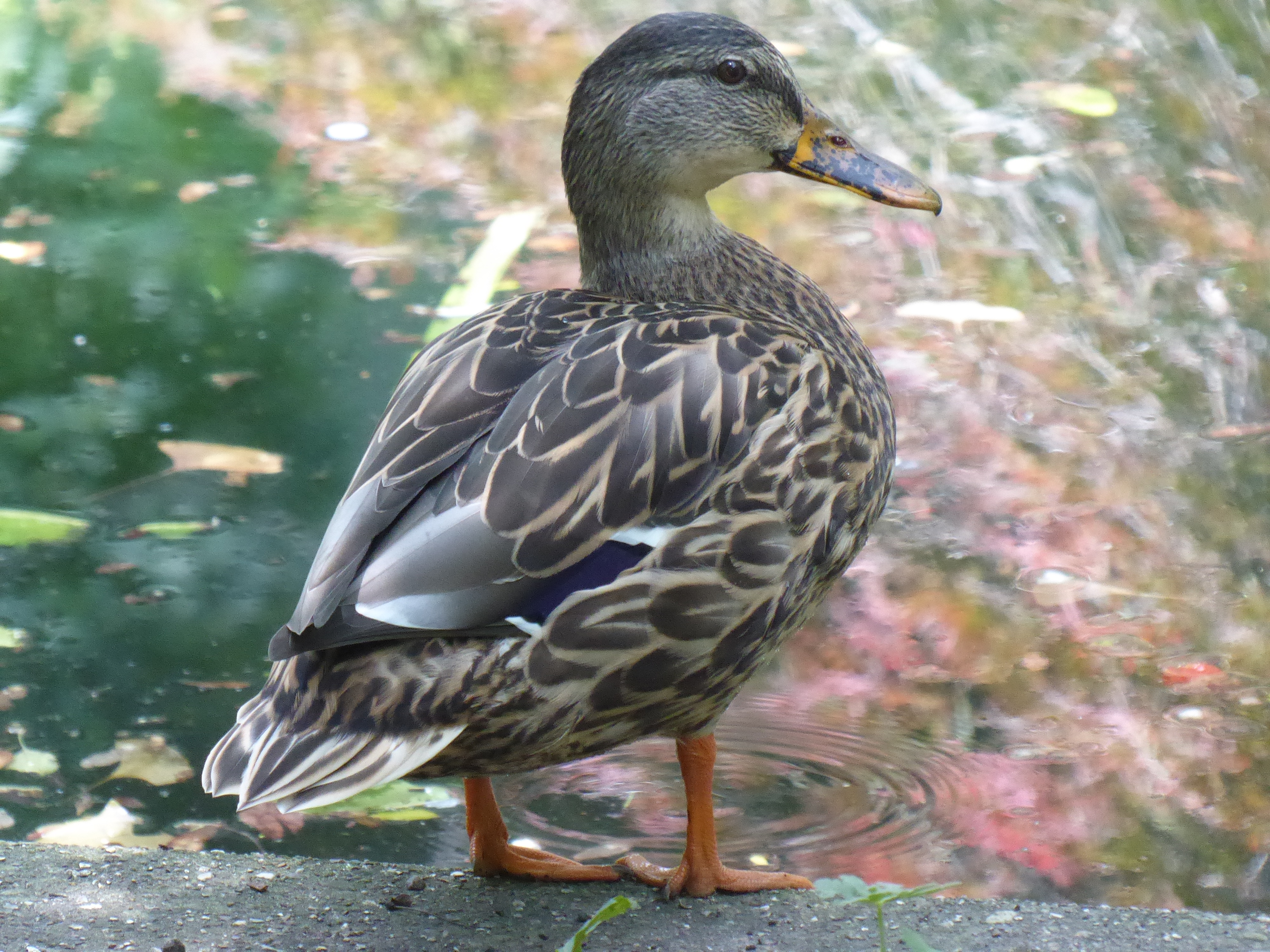 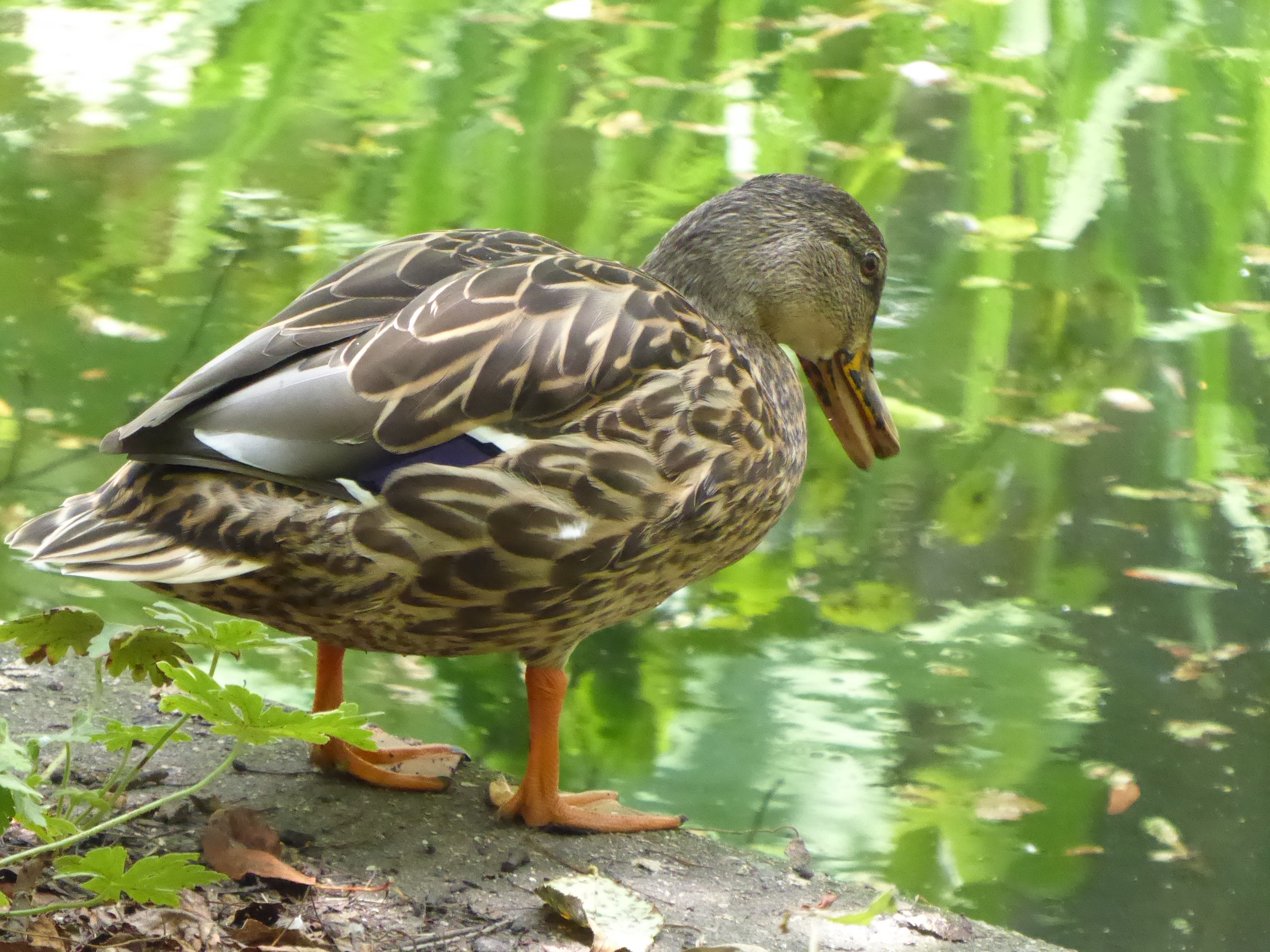 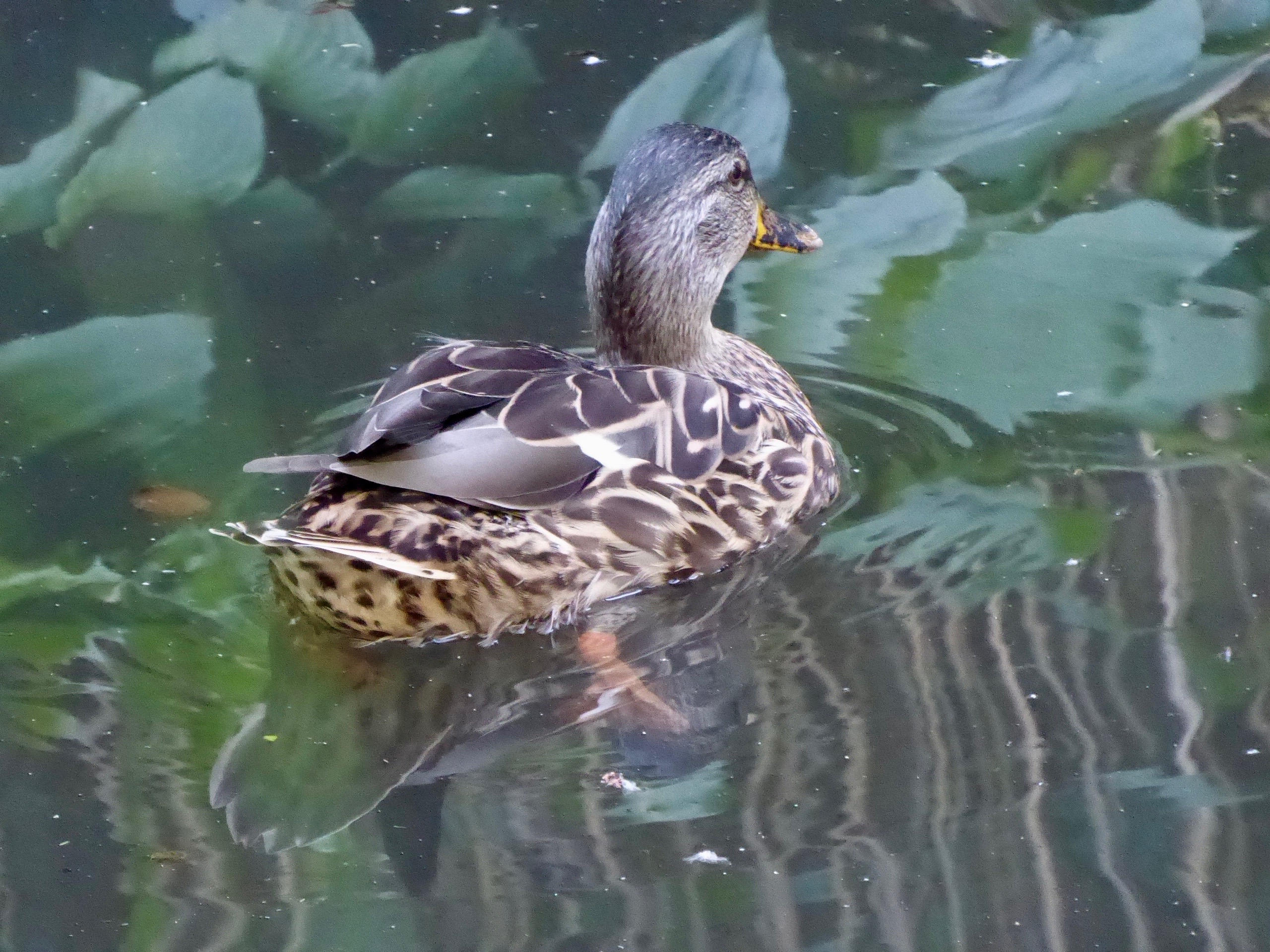 A huge and handsome drake showed up about ten days ago. His head isn’t fully green, so he may be in eclipse plumage, but it’s clearly a male. Because he’s spiffy looking, I’ve named him Ritz Quacker. He is BIG! 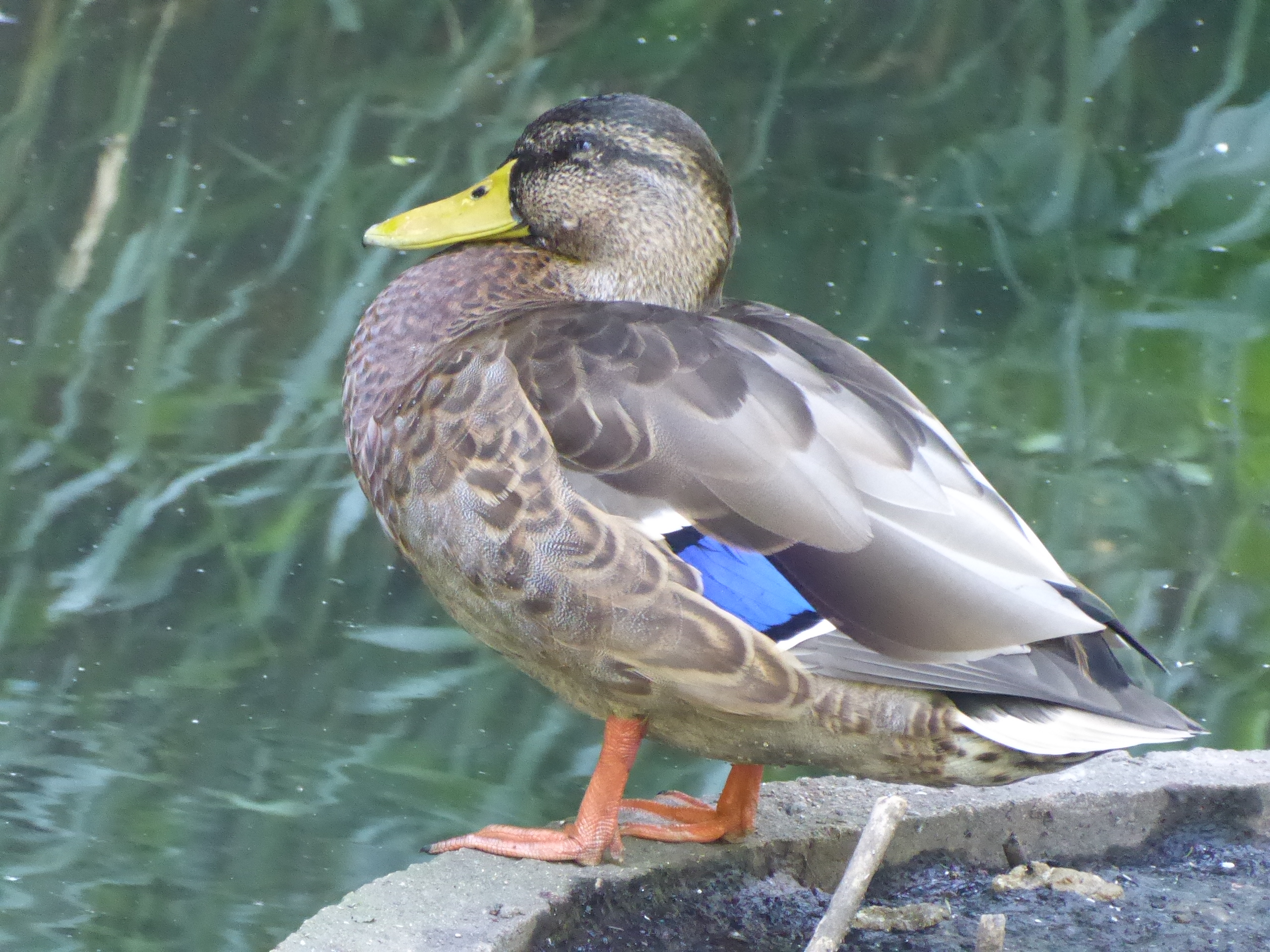 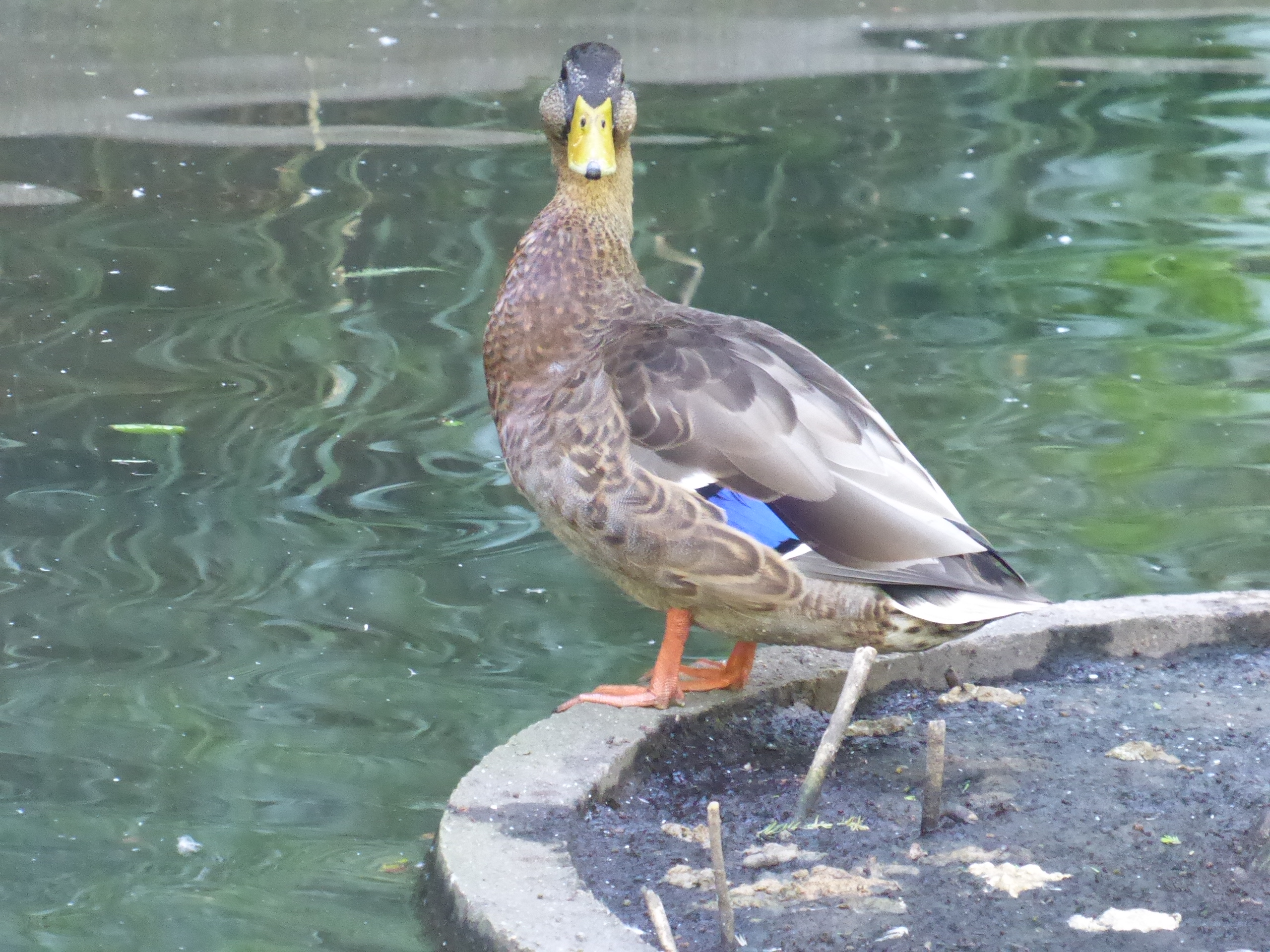 Katie, who has an eye for a good mate (remember Gregory, her ex?), has taken up with Ritz. He’s much larger than she is, but they’re always swimming about together: 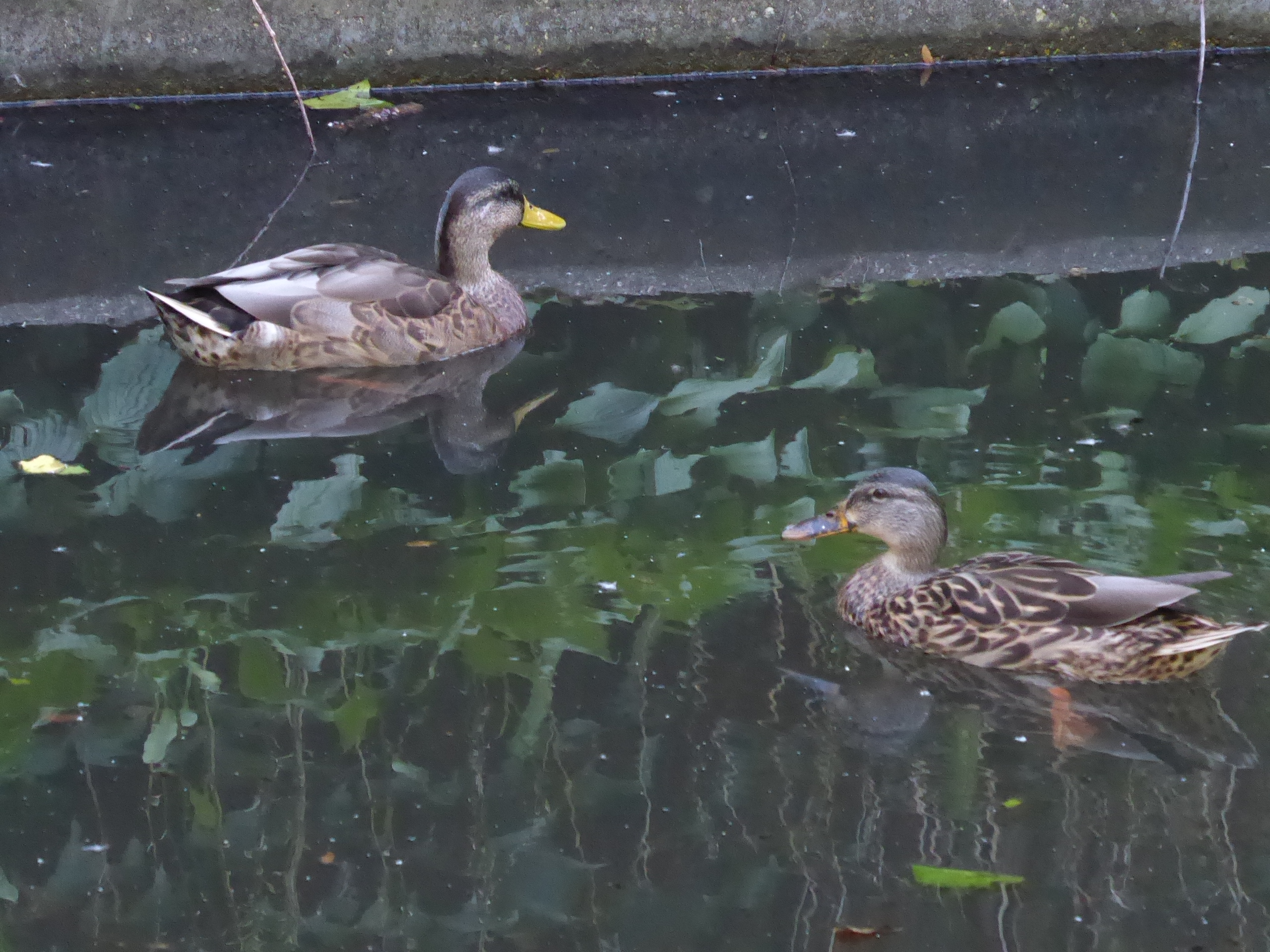 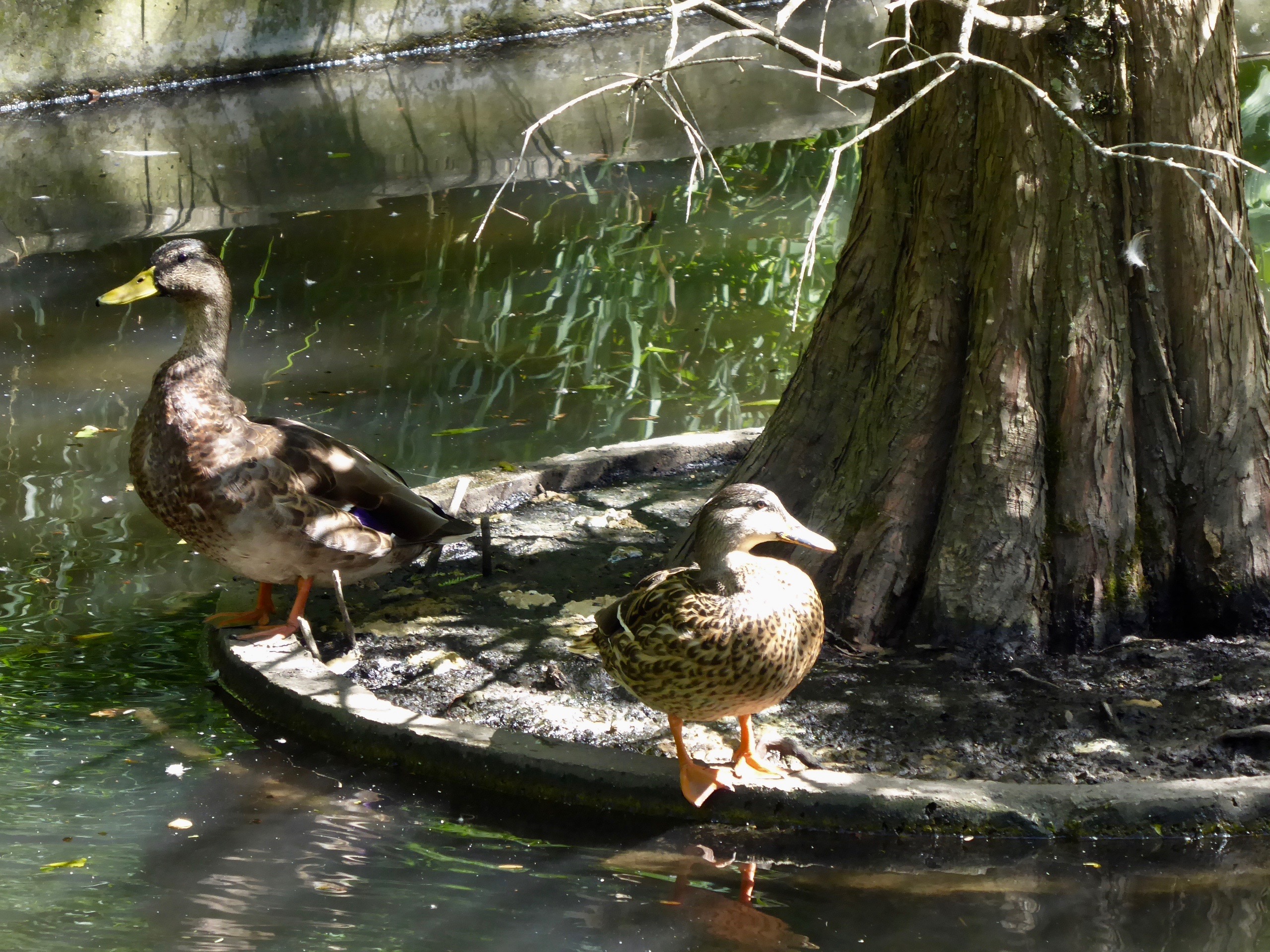 Duck poop, just so you know what it looks like: 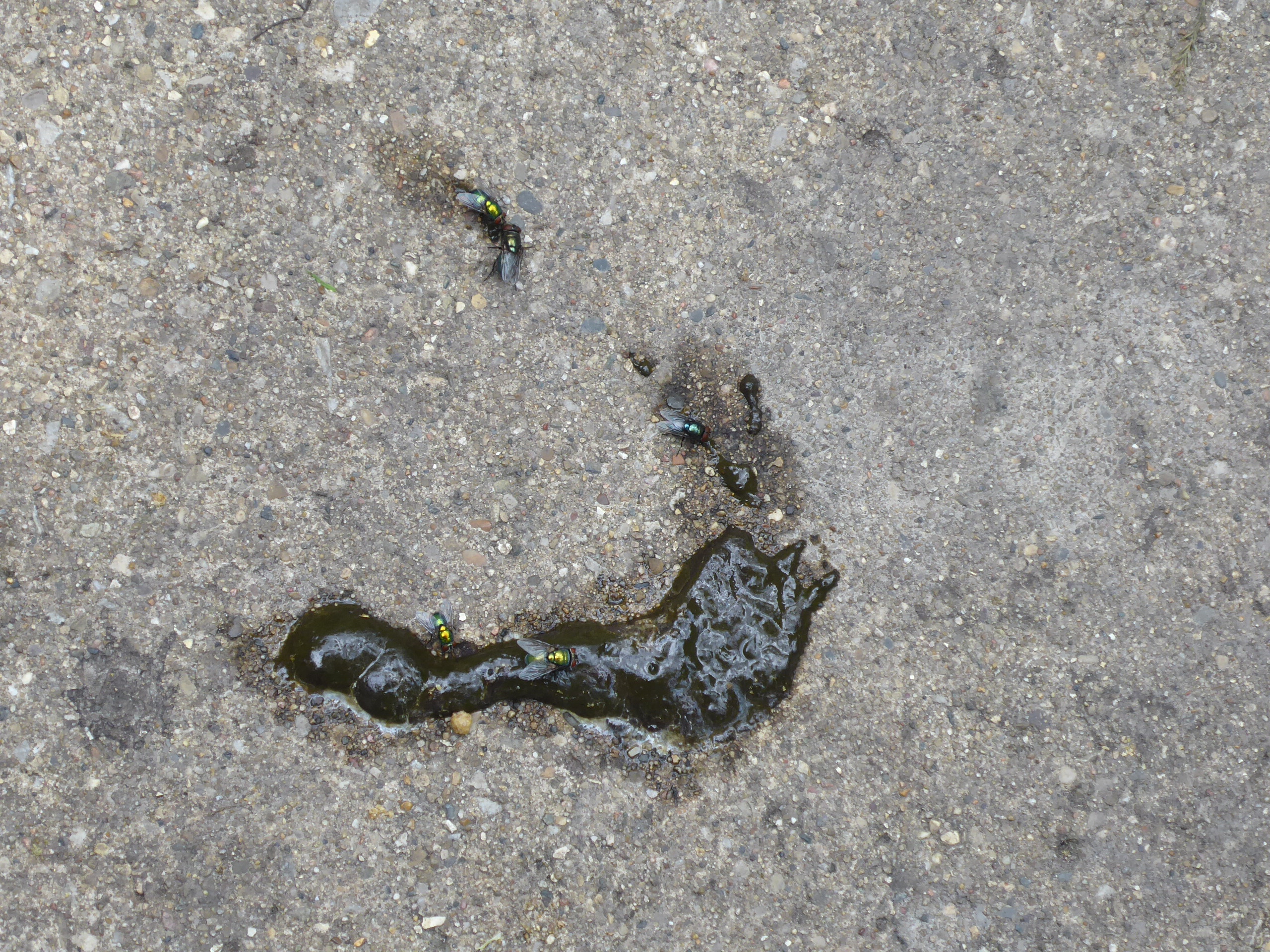 Daphne’s brood of nine is the most sociable brood of ducks I’ve seen: they are always together, even now when they’re starting to fledge. In the next two photos they’re gathering for lunch: 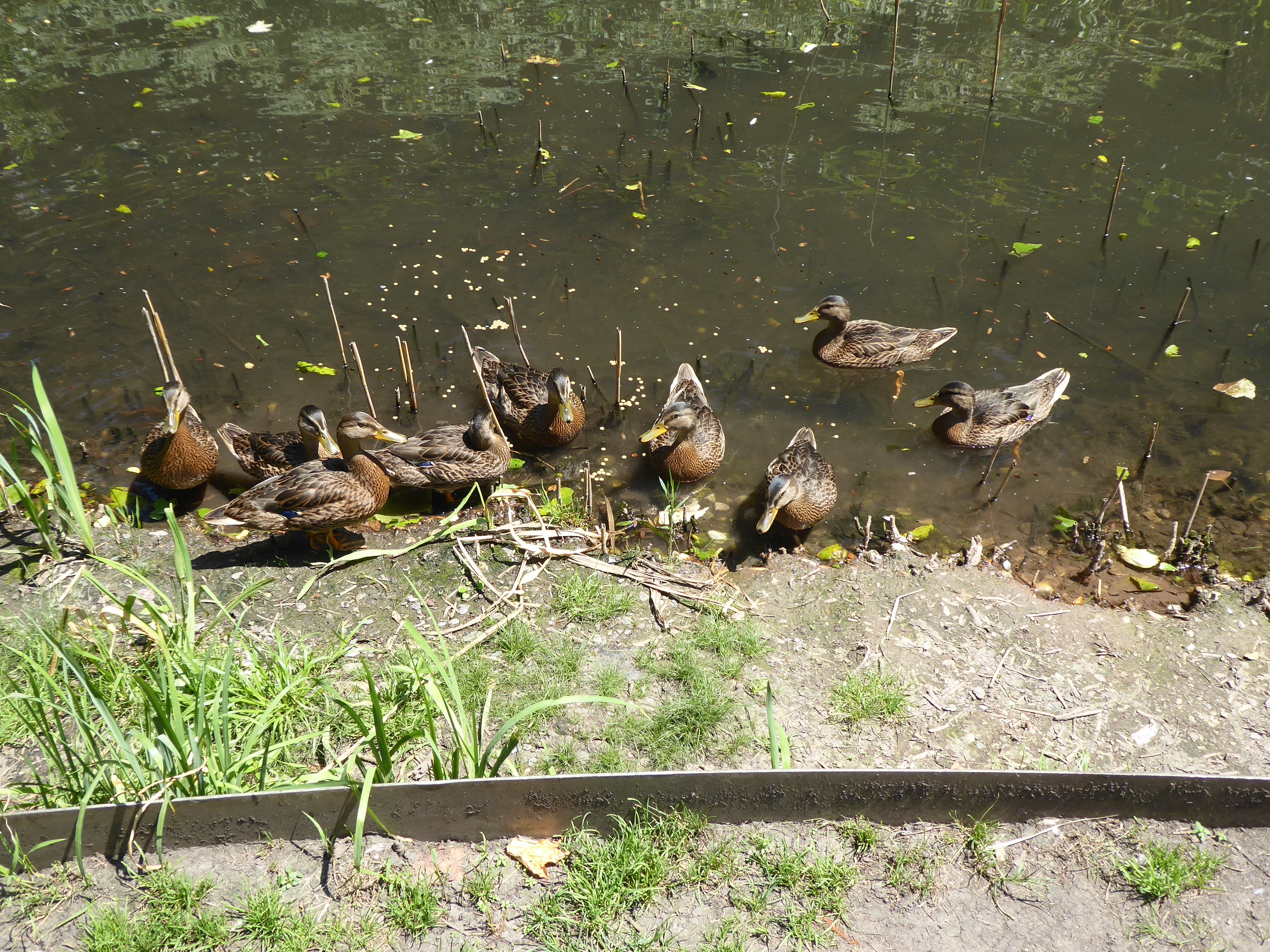 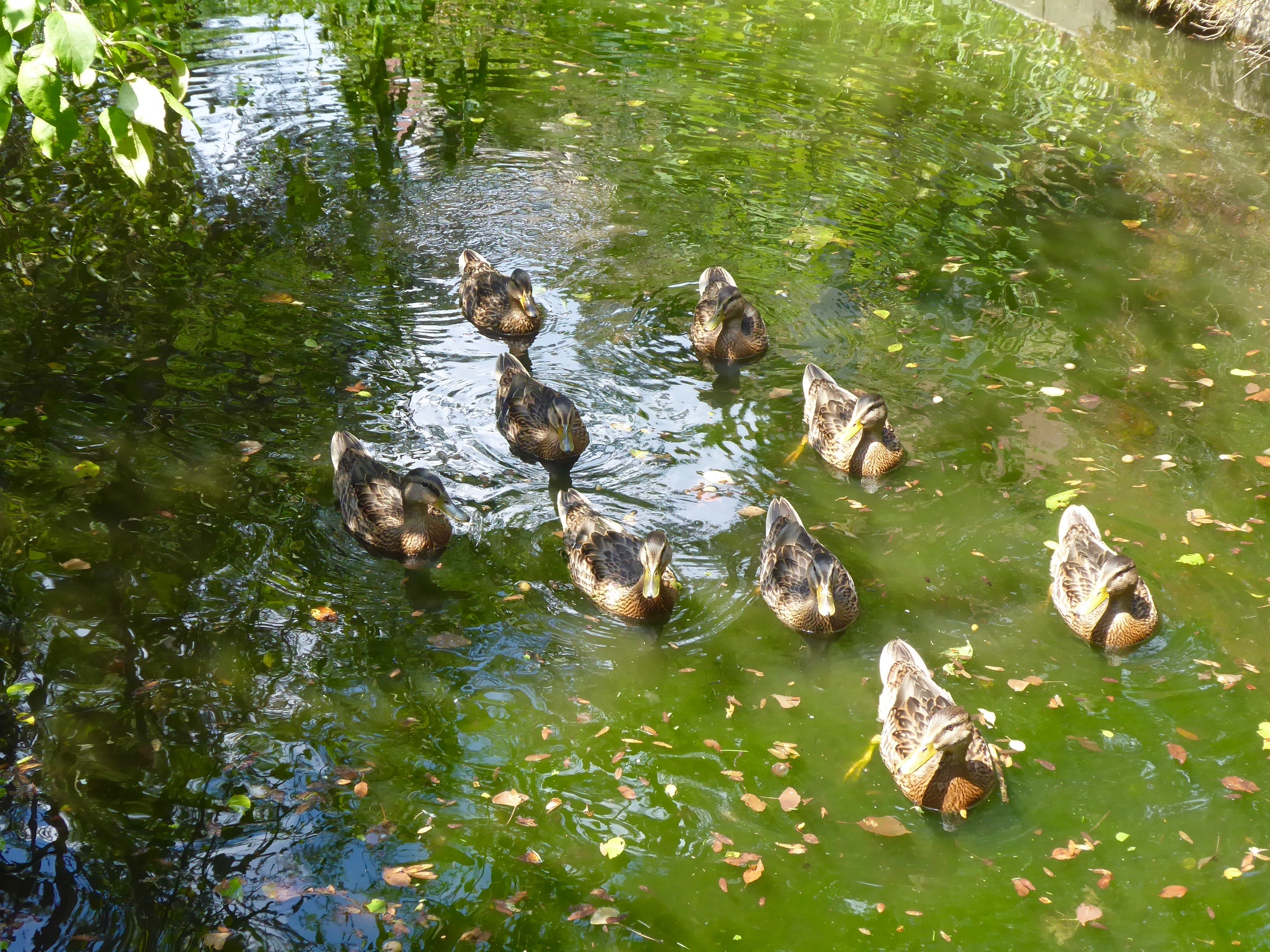 In the heat of the day, they all lie down together under the trees: 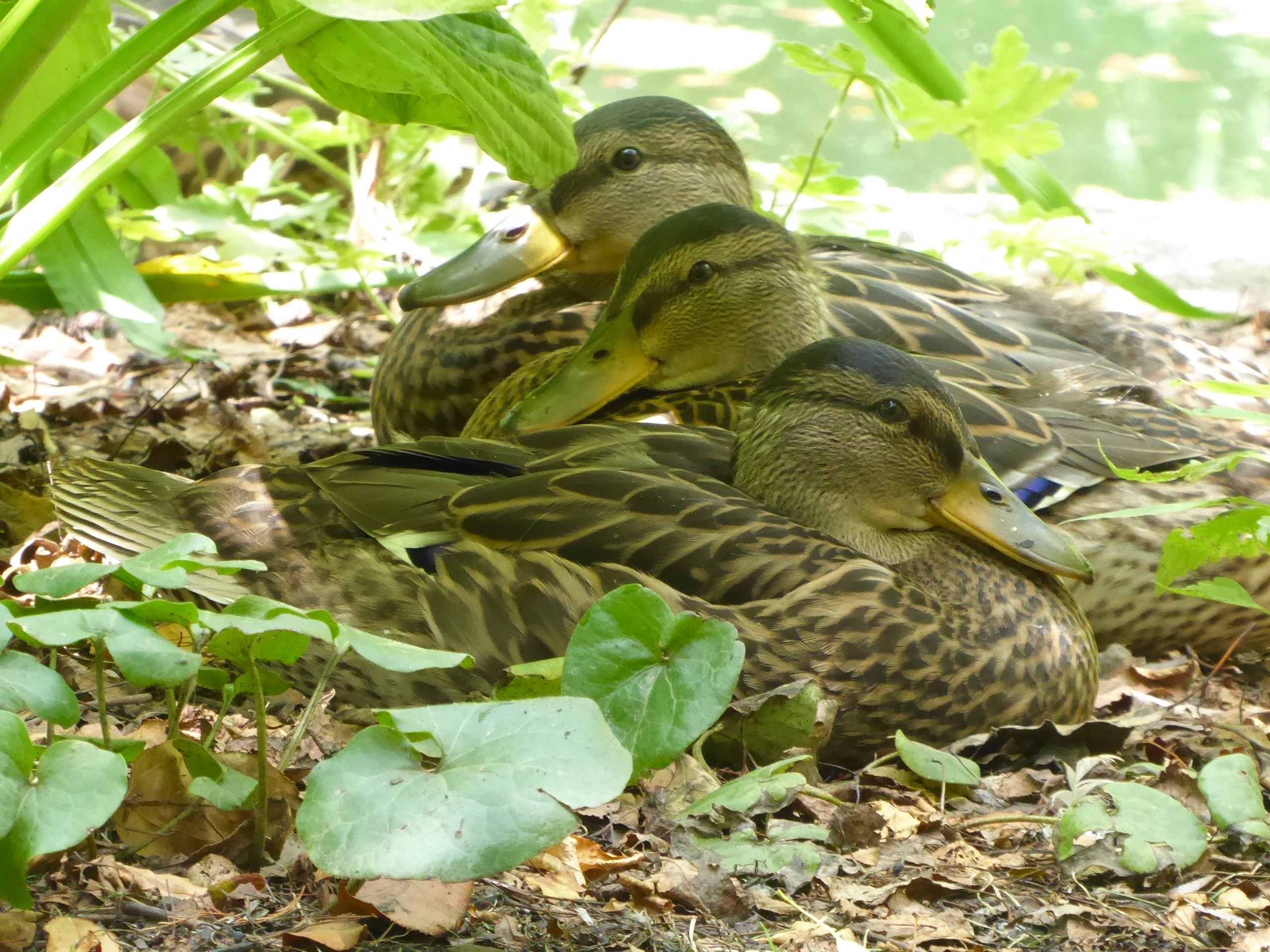 And they rest together on the duck island, where they closely resemble the wooden “knees” of the cypress: 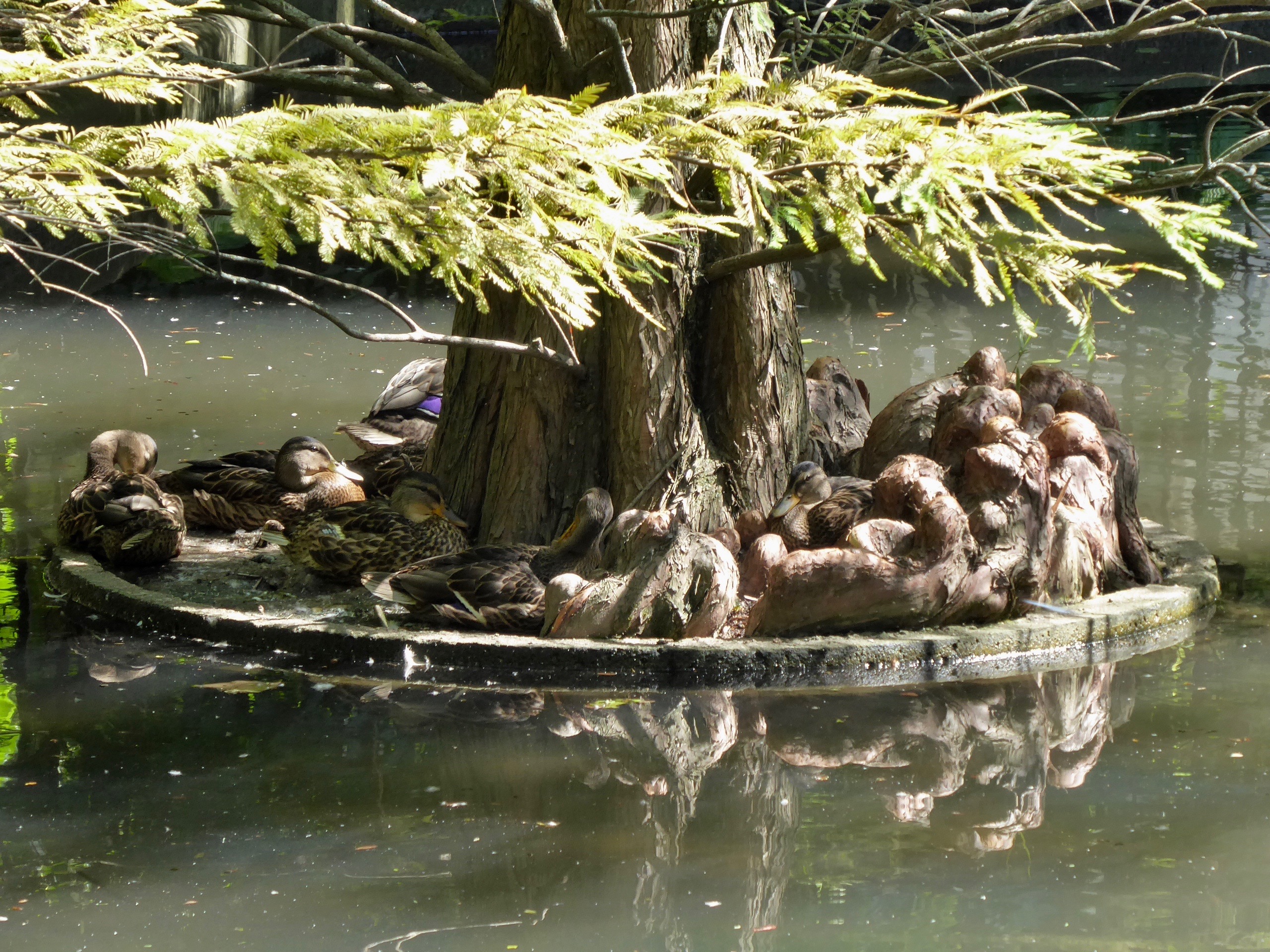 And we mustn’t forget the turtles. They often sport a coat of algae (like this one), which the ducks like to eat by nibbling on the shell. I think the relationship is a mutualism as algae must weigh down a turtle, but the turtles don’t like being grazed by ducks: 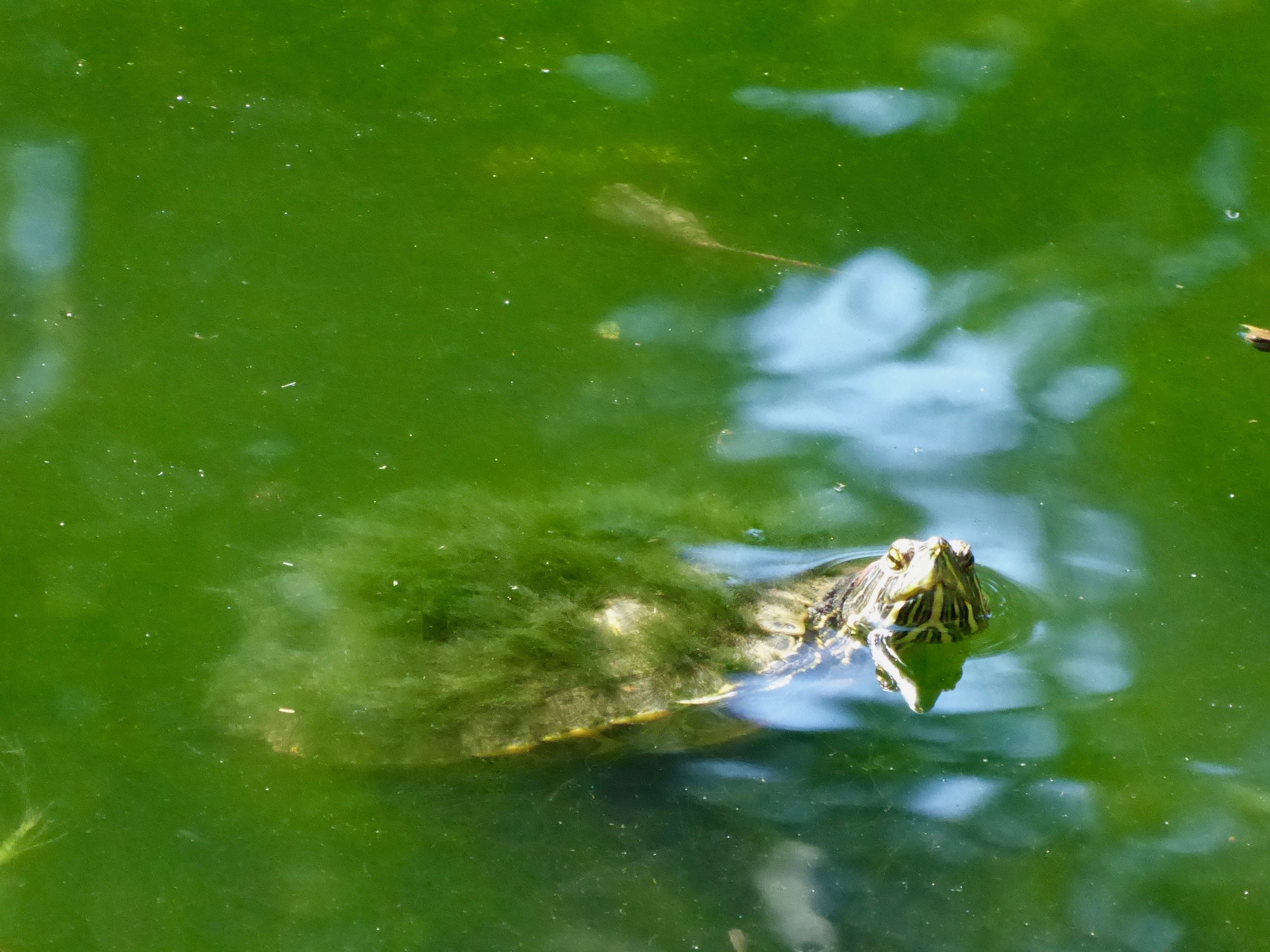