I’m way behind on documenting my ducks, as feeding them is more laborious than last year, hence there’s less time for photography. Here are a few photos and videos taken on July 28 and 29; I’ll catch up soon.

As of today, we have all 9 of Daphne’s brood, which can’t yet fly, plus mom herself, who’s molting. There are a variable number of other ducks in the pond, ranging from one to five, and we have trouble identifying them, especially since they come and go. Out of the 30 original ducks (that includes three mothers), we lost only one (an undetermined accident, perhaps flying into a building), so I’m optimistic that we’ll have a 97% survival rate.

Here one of Anna’s brood tests its wings, which are pretty much grown. Shortly after this they were observed flying, and as of today most of them have flown away. 🙁

Here are some shots of Daphne’s brood, which today (August 12) is pretty well feathered, though their wing feathers aren’t fully grown and they can’t fly. You wouldn’t believe that they looked like this two weeks ago—it was the “awkward teenager” phase. Look at those tiny, feathered wings! 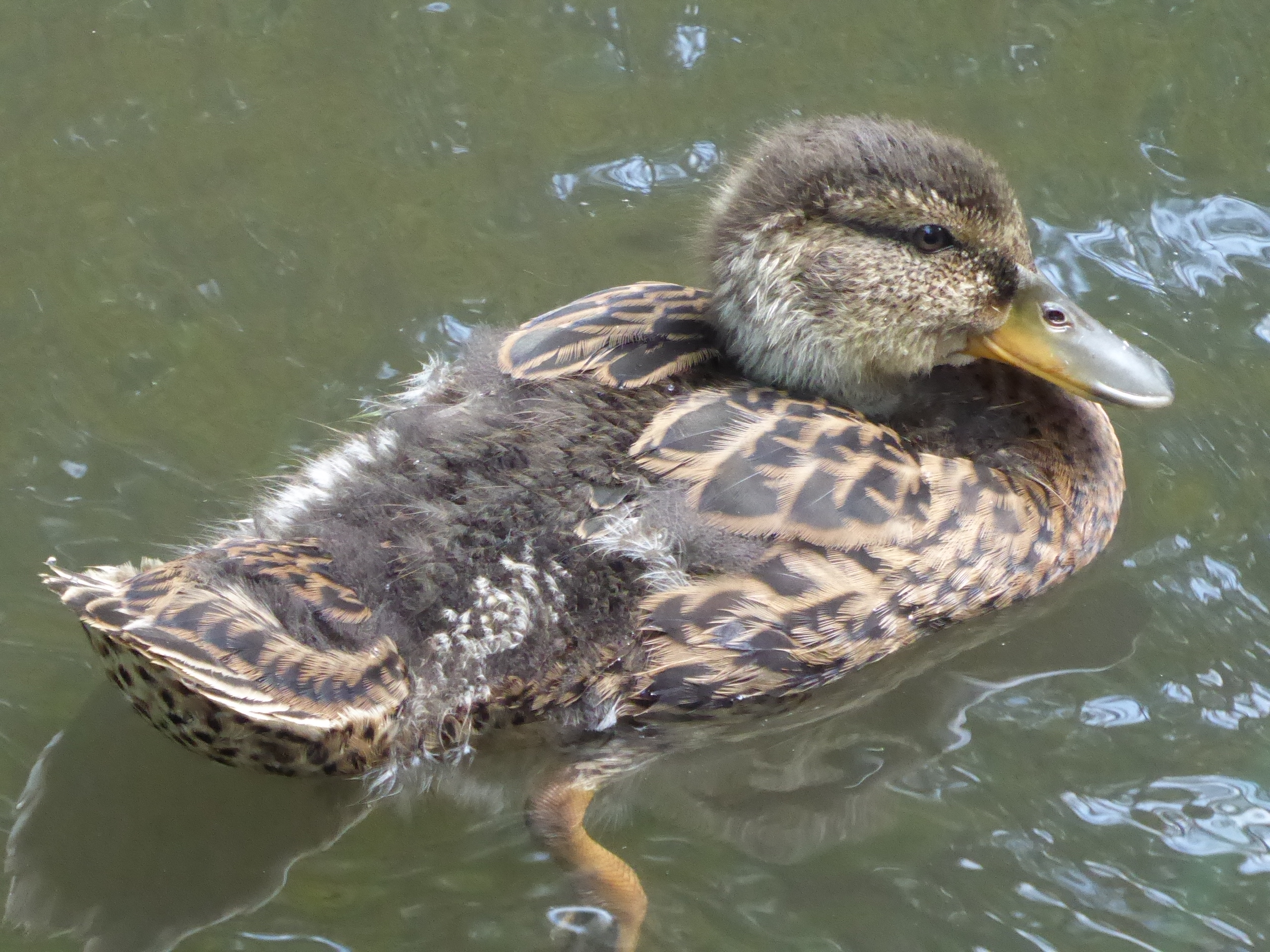 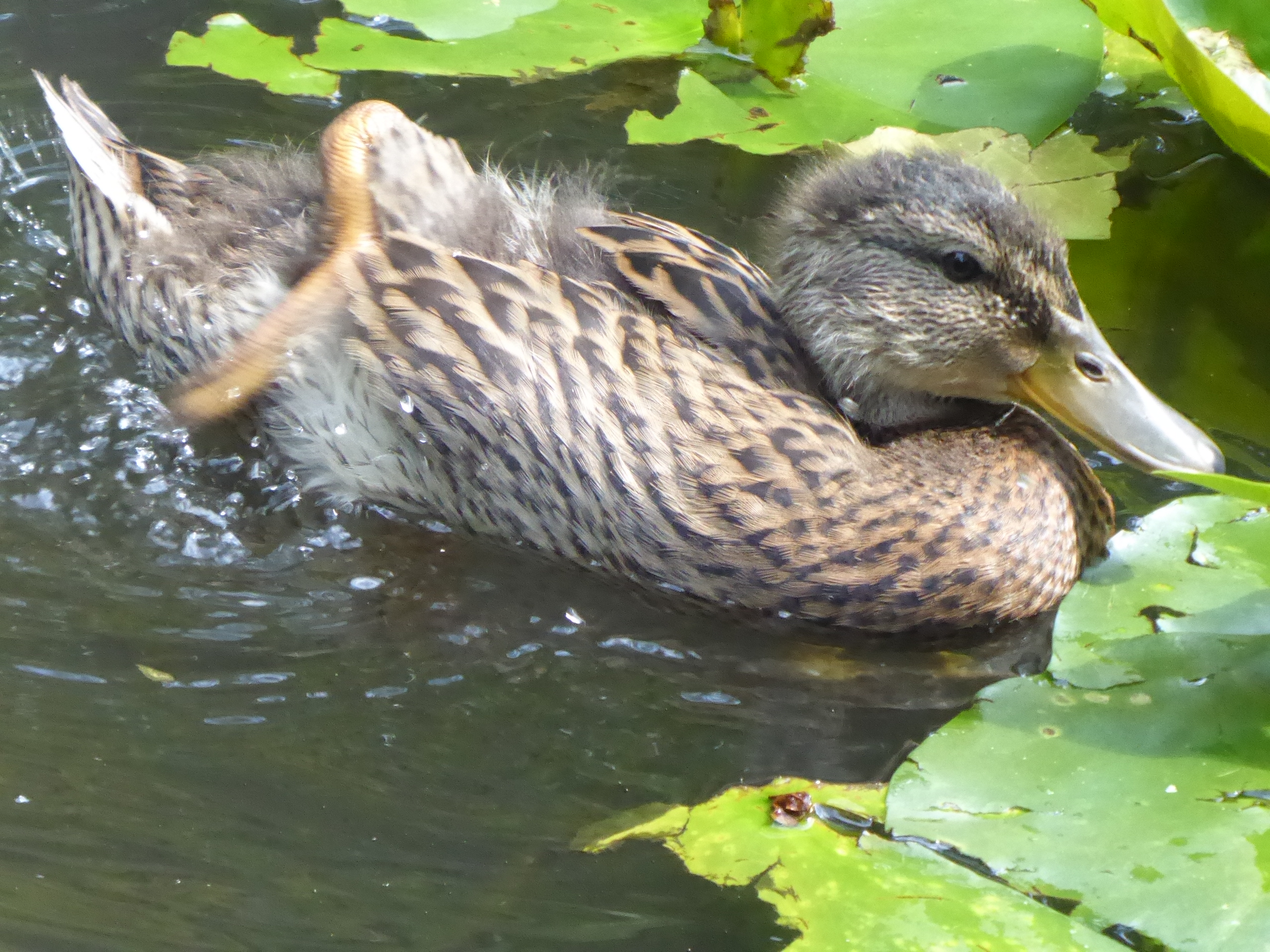 One of Daphne’s sleeping on the duck ring, with its nictitating membrane closed: 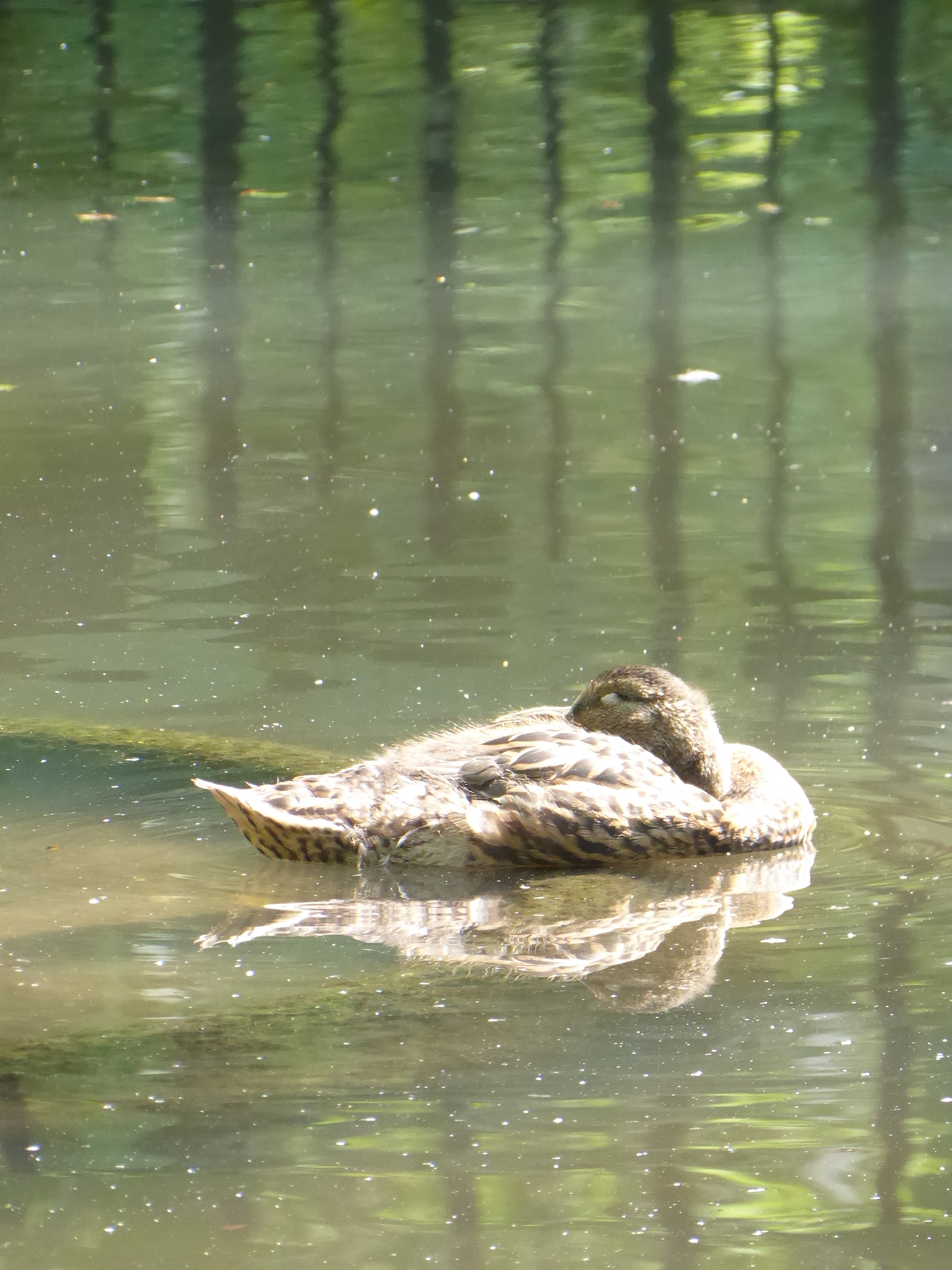 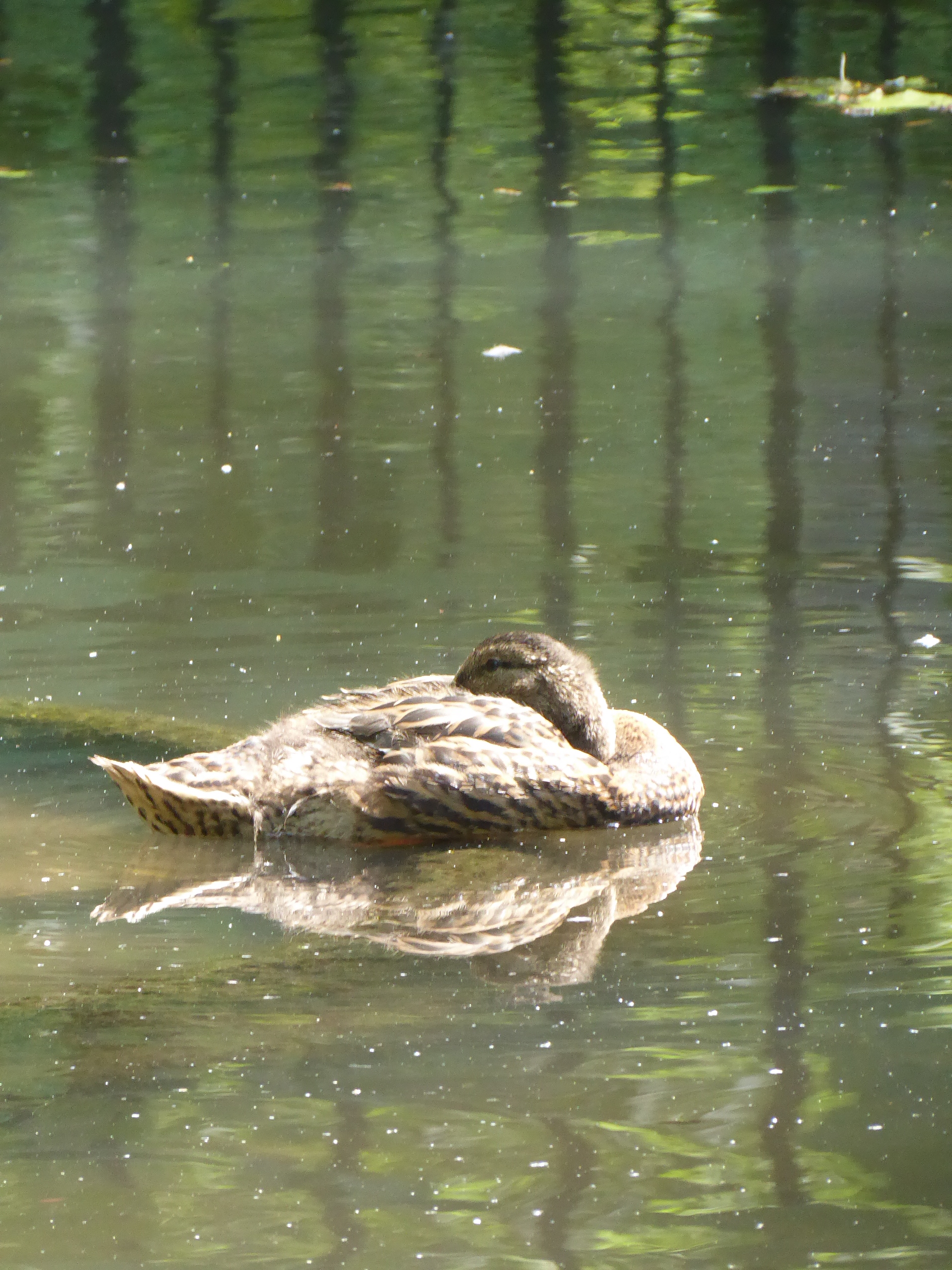 Preening and relaxing on the “beach”. One tests its wings at 4 seconds in. (The noise, as always, is the pond aerator.)

I tend to photograph the babies, as they’re cute and they grow up very fast (two months from hatching to fledging). Like the ones above, these have wing, breast, and tail feathers, but still some down on their backs. 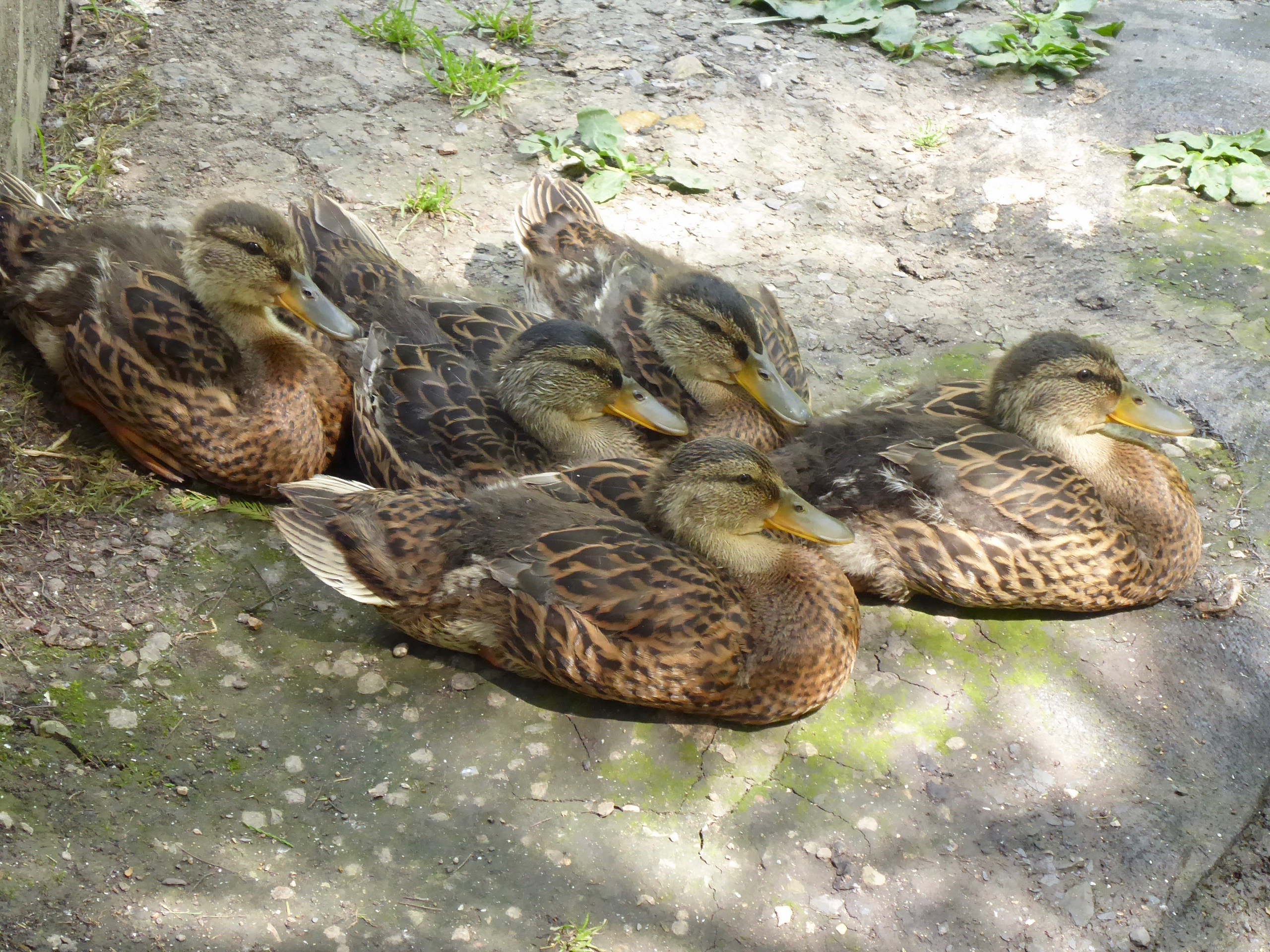 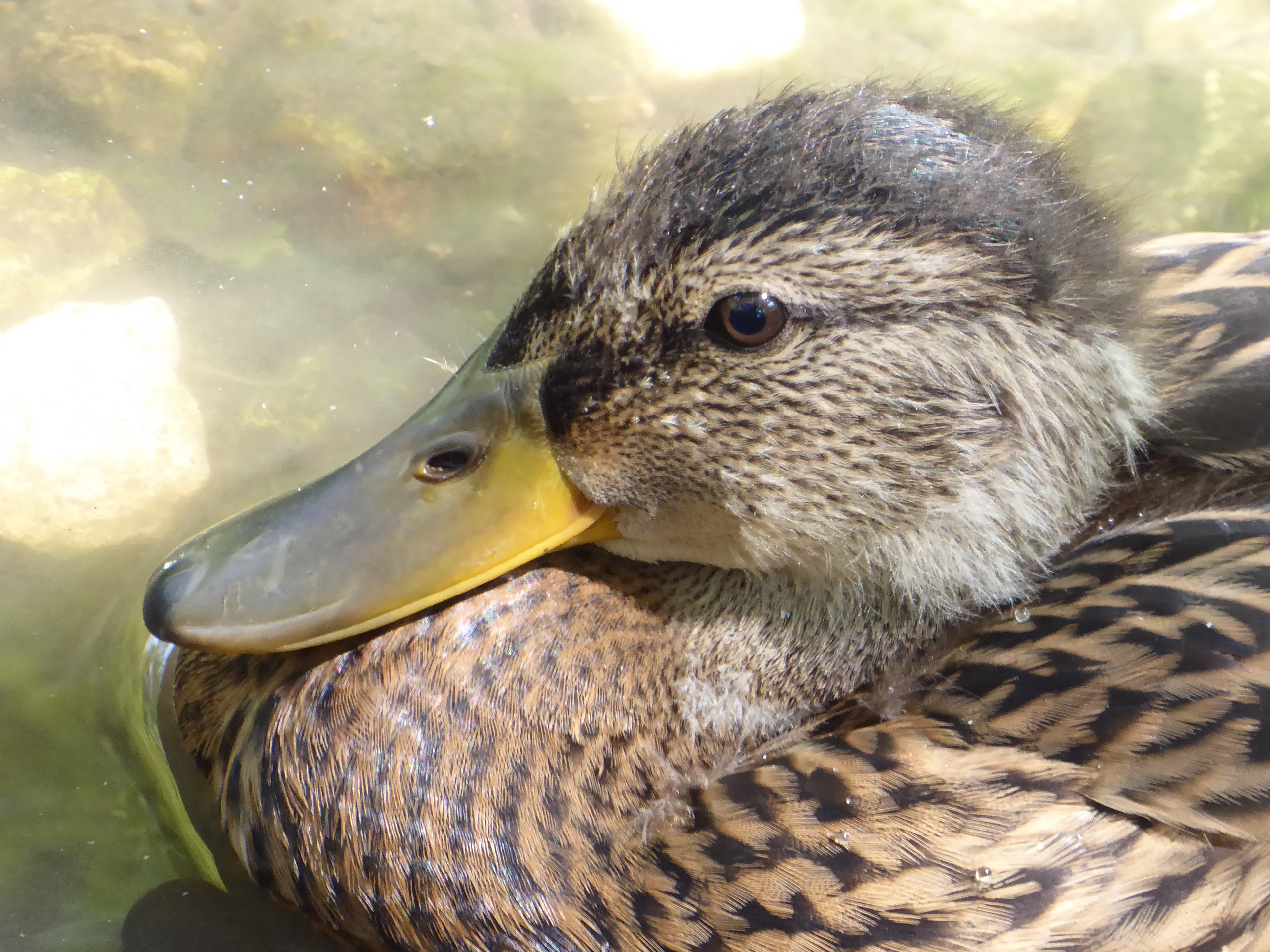 6 thoughts on “Readers’ wildlife photos and videos (my ducks)”