It’s Friday already? How did that happen? Well, it’s true, as today is Friday, August 9, 2019, and it’s been a beautiful week, weatherwise, in Chicago. Hardly any rain, blue skies, and highs not much above 80°F (27° C).  The ducks have enjoyed the temperature, frisking about in their cool pond and resting under vegetation in the heat of the day. And it’s National Rice Pudding Day, one of my favorite desserts. It’s also Book Lovers Day and National Polka Day, as well as a United Nations holiday International Day of the World’s Indigenous Peoples.

Here’s the cartoon: Betty Boop appears at 2:40. Note the request for knishes and a roast ham by two characters (1:47, 1:50) that seem to look Jewish, with one speaking Yiddish.

There’s also a dancing roast duck. Cartoons were darker (and, I think) better back then. Now they’re all sweetness and light, guaranteed to give children a “safe” experience.

I’m told by my friend Orli that the ham demanded by the character (which he gets in the face), is labeled “kosher” in Hebrew. A screenshot. Remember that ham cannot be kosher! 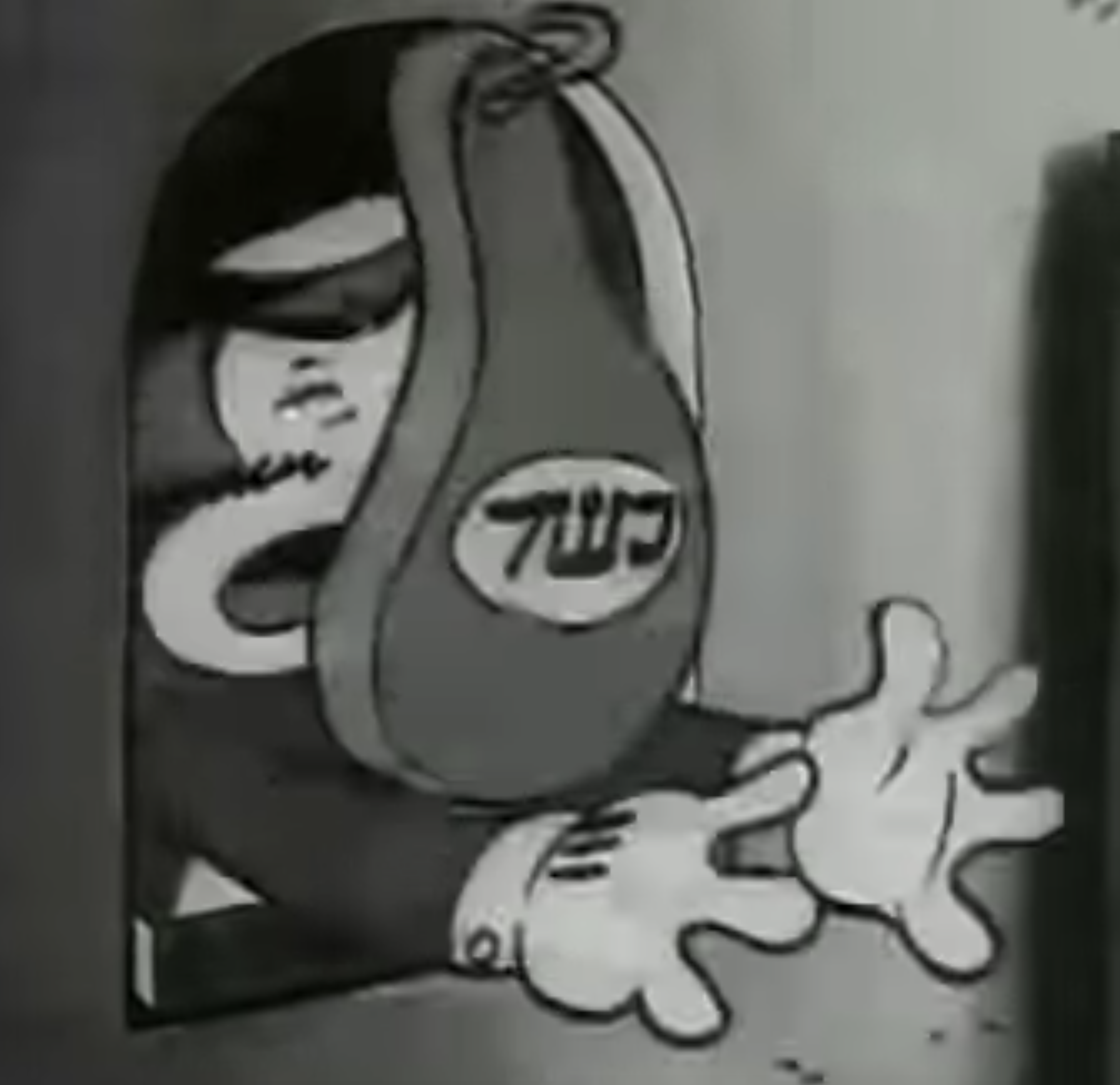 Here’s a short summary of Owens’s superb performance in those Olympics.

Whitney Houston didn’t live long—she died at 48 from heart disease exacerbated by drug use. But oy, could she sing! Here she is in her prime (1999), singing what is perhaps her most famous song:

Those who bought the farm on August 9 include:

Here’s a detail from Bosch’s “The Garden of Earthly Delights”, which I was delighted to see in the Prado a few years back, and then a lovely Soutine: 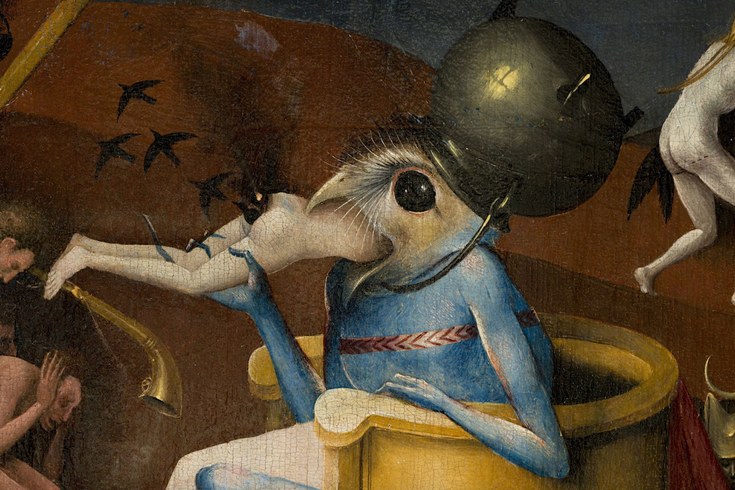 Meanwhile in Dobrzyn, Hili and Andrzej are relaxing on the grass, but can’t be arsed to see what’s moving nearby

Hili: We are lying here and something is moving over there.
A: What?
Hili: That’s it. What? 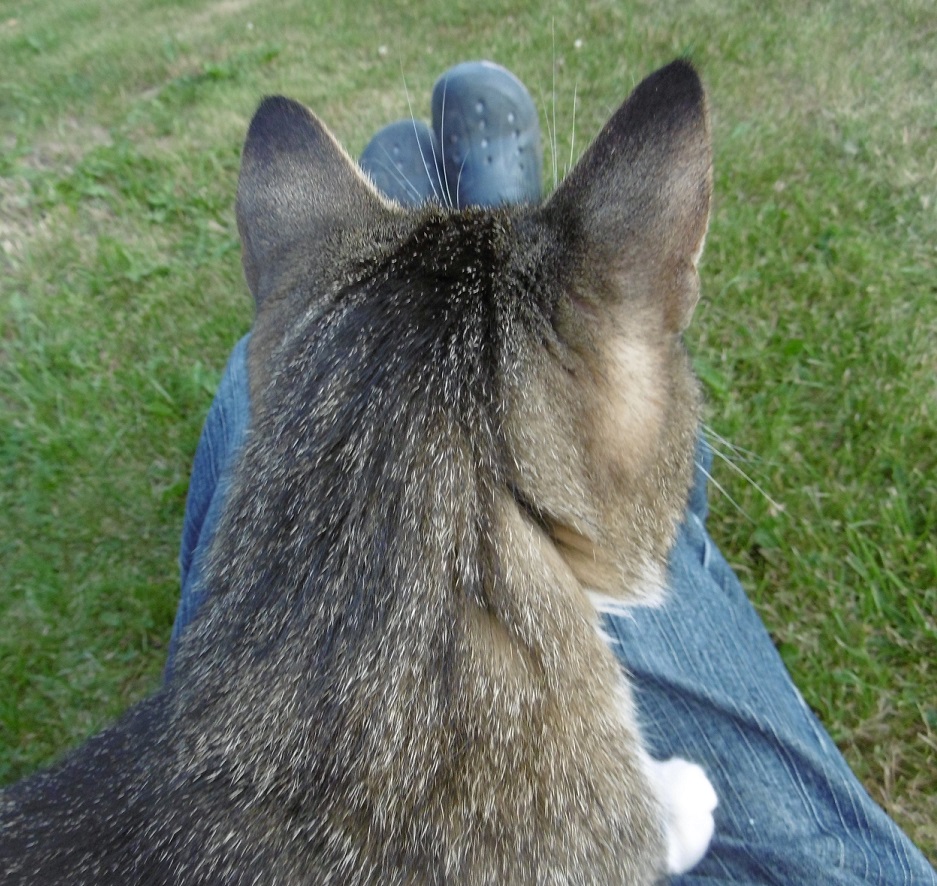 A seagull downs an entire McDonald’s apple pie in one bite. 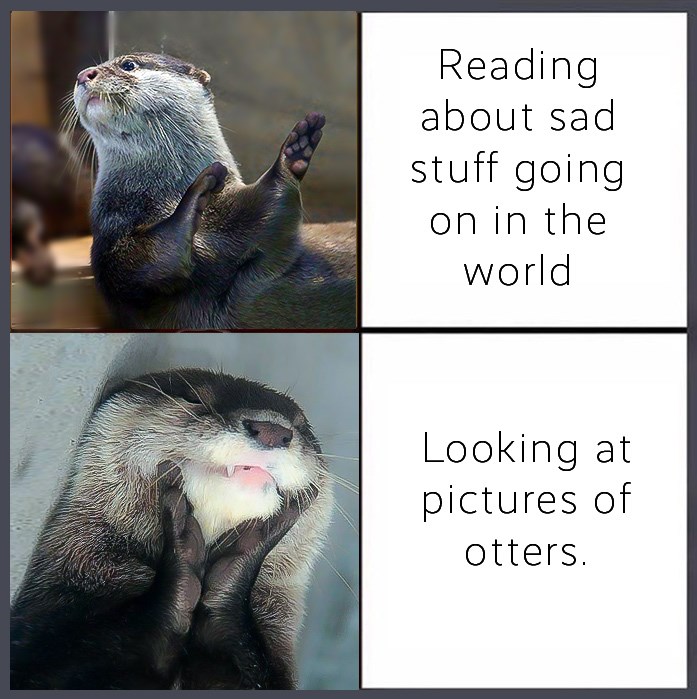 A cartoon from reader Ken: 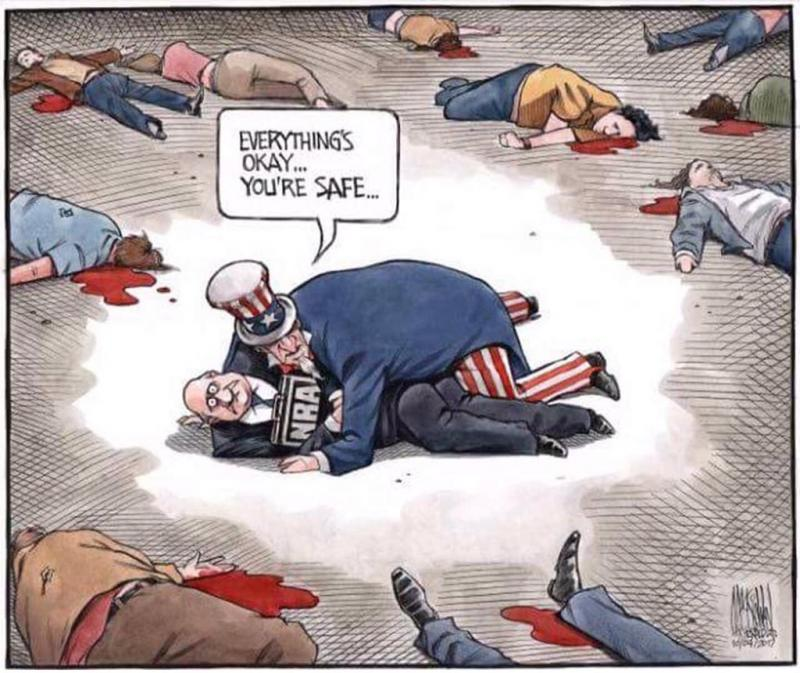 A tweet sent to me by Grania on January 20 of this year. She was a regular reader of Mr. Lumpy:

A tweet sent by Ann German via Heather Hastie. Duck and d*g buddies!

Another tweet from Heather, who says, “I know you’ve seen the pic in this tweet before of Mark Twain and some of his cats, but this time it includes some of the names he used for his cats.” And what names! Sour Mash??

New Mexico has the most philosophical road signs: "Gusty Winds May Exist," "Dust Storms May Exist"

…"I think, therefore I may exist" pic.twitter.com/3l07rkW0sY

A quartet of tweets from Matthew Cobb. Nice video in this first one, but the guy is crowing about his “shares”, an unseemly behavior.

My timelapse of the storm hitting yesterday over the Forth Bridges! I posted this from my personal account (@mike_mcgrail) and it has now had over 26,000 views and is being picked up by the media! pic.twitter.com/DyOlzGMwWL

“Pandemonium” is a great one!

Yesterday we had a “Readers’ Wildlife” post on manatees, and here they are coming out of the water to graze. This could be the first step in their evolution towards something like hippos:

Who knew that manatees sometimes come out of the water to graze on land? pic.twitter.com/icXSa0yFas

An apparent case of Müllerian mimicry, in which diverse but unpalatable species evolve to resemble one another (such resemblance more quickly “educates” the predator to avoid the pattern):

But some of the most fascinating examples of evolution are when different critters start to look like each other.https://t.co/v752IdBOWC