It’s Ceiling Cat’s Day—July 21, 2019, so be sure not to pick up sticks today on pain of death.  It’s National Crème Brûlée Day, but you can’t eat that, either, unless you are cognizant of the cultural heritage and deep oppression of the French. It’s also National Be Someone Day, as well as National Junk Food Day. (It’s about time a day was devoted to chazerei!) That last word, by the way, is one of “17 Yiddish words that should be in your vocabulary“, even if you’re one of the goyim. Learn them; there will be a quiz.

Things that happened on this day include:

Here are some photos of the Scopes Trial and then some rare live footage (without sound, of course, since this is 1925) of the trial. 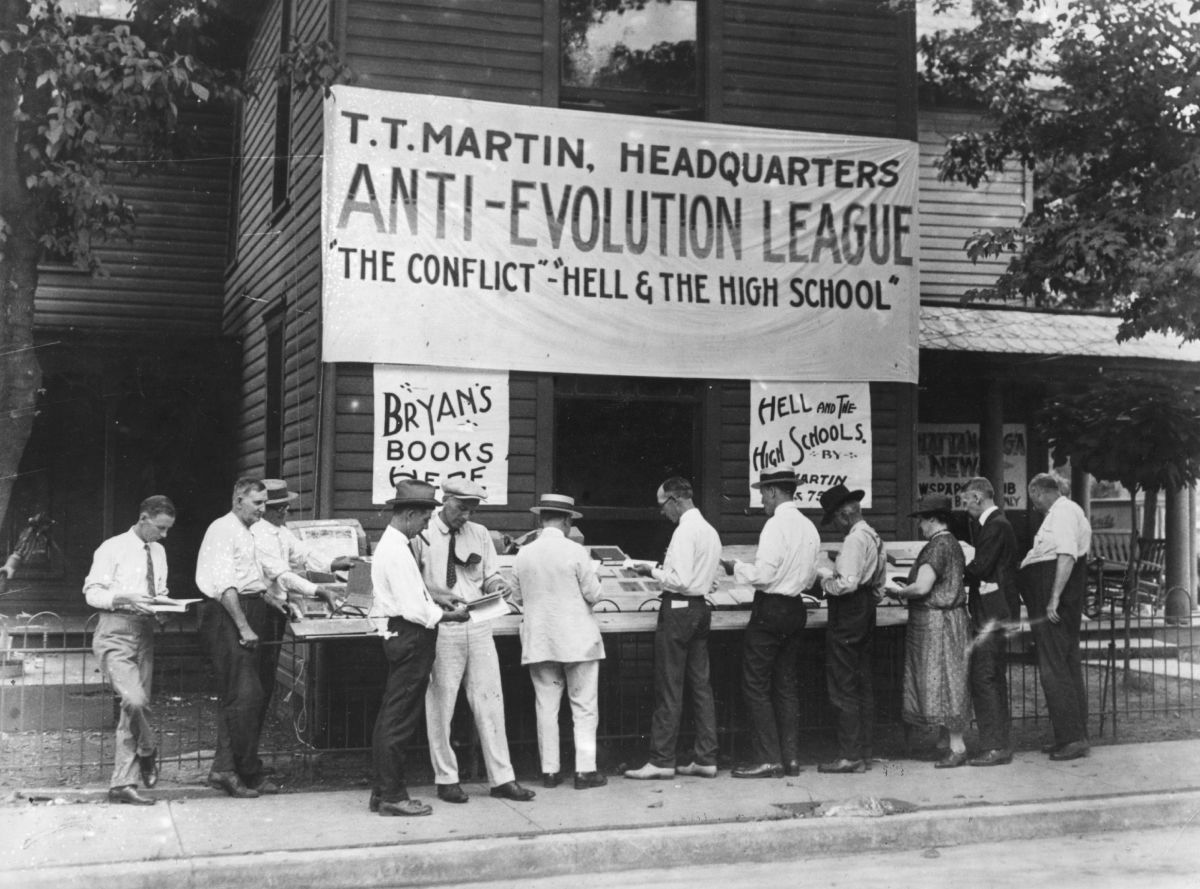 Here are two opposing attorneys during a break. Notice that they’re in their shirtsleeves due to the ungodly heat:

I still think this is one of the best cartoons Trudeau ever drew:

Those who went extinct on July 21 include:

Here’s Lee Miller’s famous photograph of the liberation of Buchenwald. Elie Wiesel is in this photo: second tier of bunks, middle square, farthest from camera. He was 16 years old.  Miller was one of the few accredited women war correspondents, and, as they say, she “saw a thing or two.”

UPDATE: As Greg notes in the comments, this photo is by another Miller, probably an Army soldier named Miller. Despite several claims on the Internet that this famous photo was by Lee Miller, that appears to be untrue. 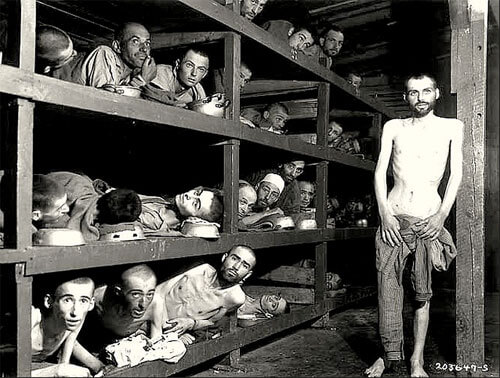 Meanwhile in Dobrzyn, Hili is suffering from malaise, but finds one redeeming thing:

Hili: In a dismal world it’s good to hide somewhere.
A: But later one has to return to reality.
Hili: Yes, and eat something tasty. 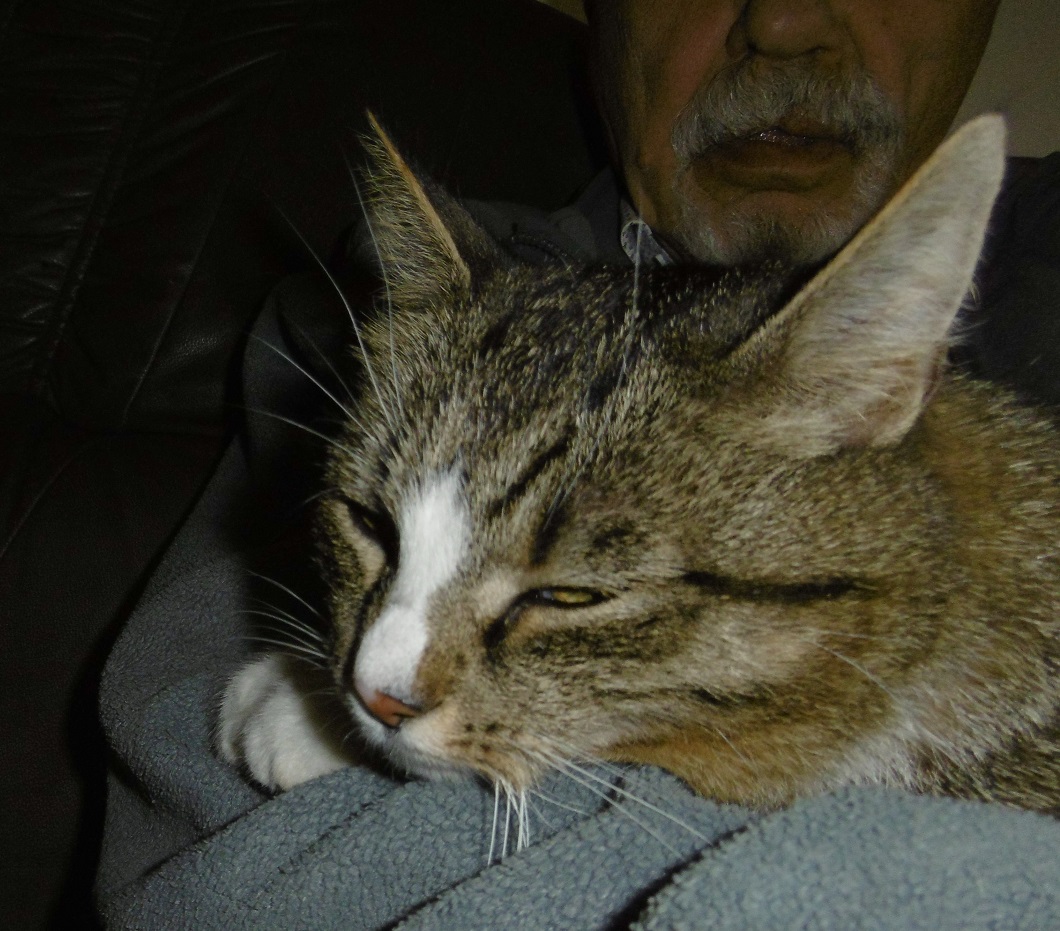 This, found on Facebook, was attributed to reddit by the Amazing Things site, which captioned it “Am I cute” with a giraffe emoticon. 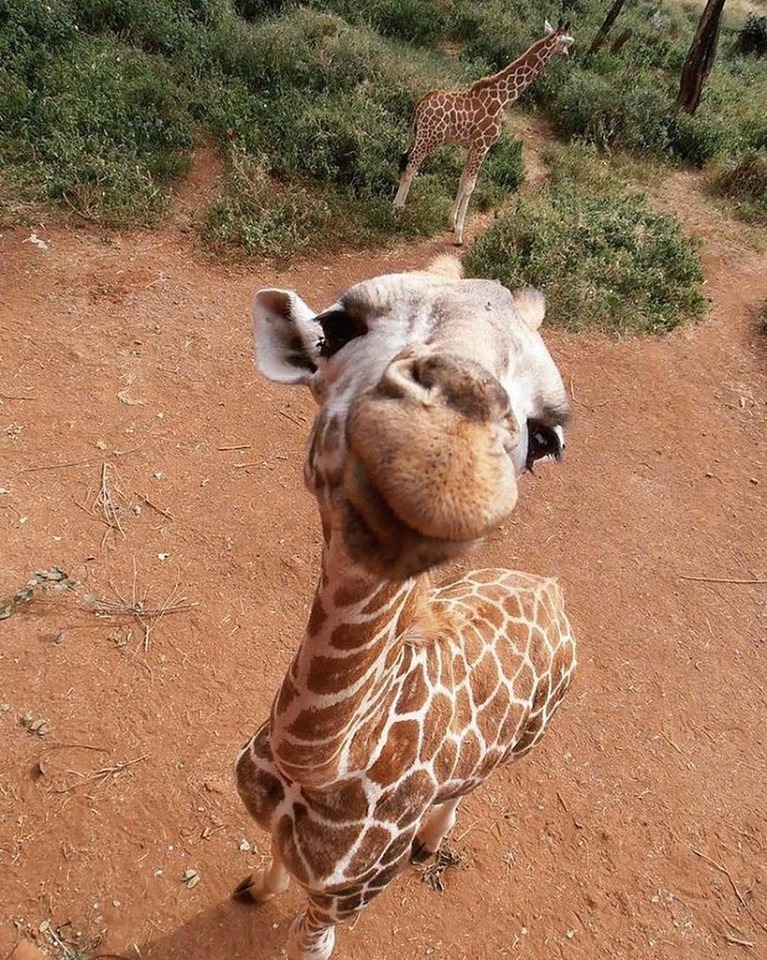 You say you want a revolution: 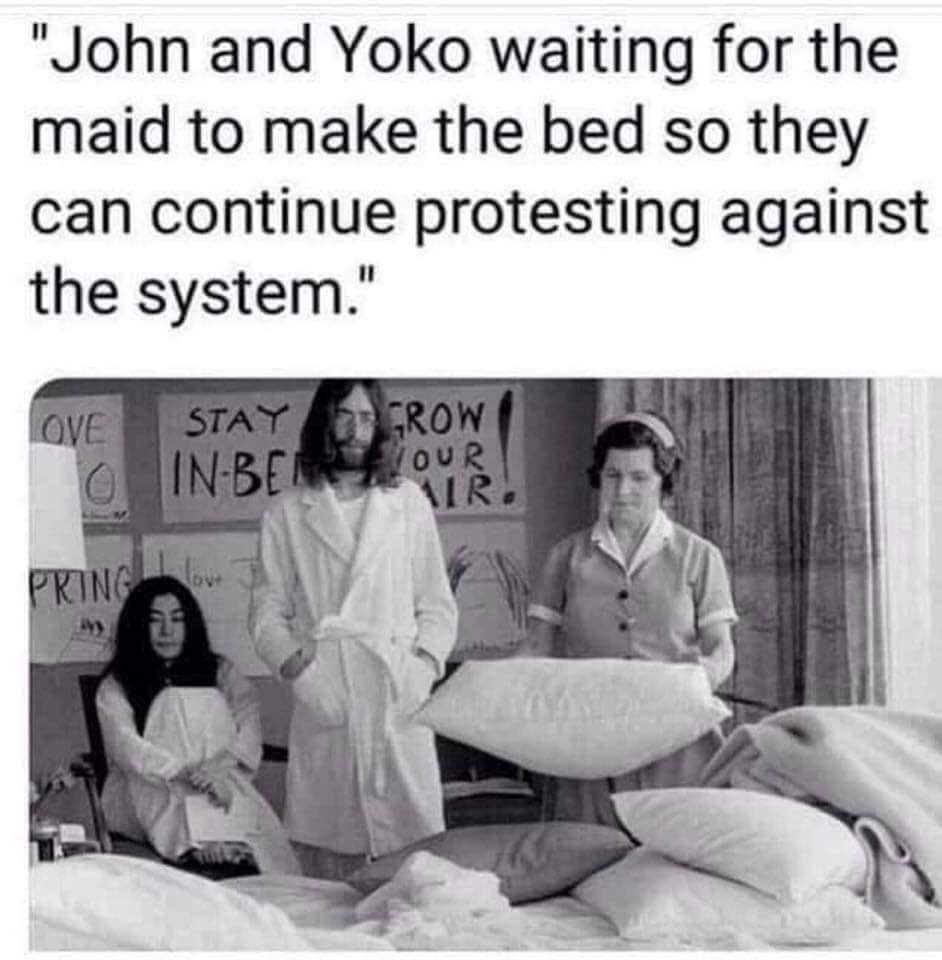 What a great idea! 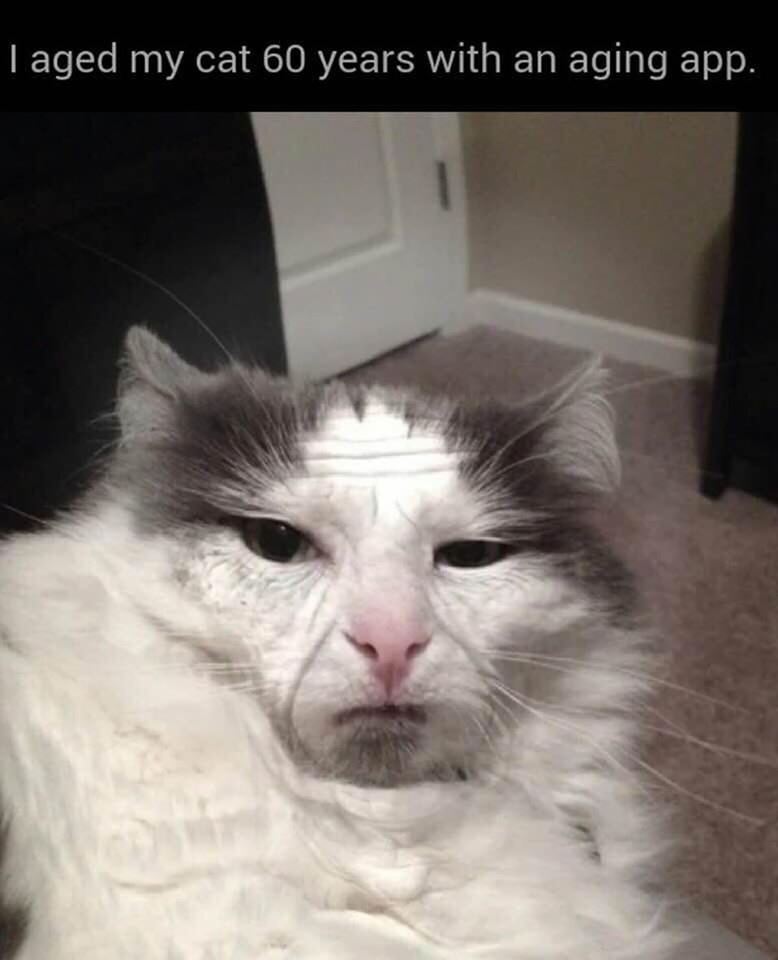 A tweet Grania sent me on October 30 of last year, from the fake DPRK News Service:

Ministry of Tourism denies request for refugee status by US investor Jacob Wohl, on grounds that scorn and ridicule do not constitute political oppression. pic.twitter.com/WMrgdXGZWN

And in honor of Grania, here’s a tweet from one of her favorite websites. Look at that face!

A tweet from Nilou. This cat looks even more like Wilford Brimley than my BFF cat Pi:

Two tweets from Heather Hastie. I love this first one as it involves an animal rescue, but Heather noted,

“Such a comment on our society. Man-made rubbish thrown into the sea is a danger to wonderful creatures like this manta ray. Then when people get the opportunity to do something about it, most of them just film the ‘ray’s suffering until somebody takes charge.”

This giant manta ray washed up on the beach in a fishing net. Everyone was standing around taking pictures until one guy took charge 💙 pic.twitter.com/0nFTmlyCLm

Three tweets from Matthew.  The first is Germans honoring those who attempted to assassinate Hitler 75 years ago yesterday. They failed, and all were executed.

Translation from Twitter: “There are moments when disobedience can be a duty.” # Merkel refers young Bundeswehr soldiers to the Basic Law (Art.20) and commemorates the Hitler assassins of July 20, 1944. The resistance fighters of those days are role models.”

When the BBC calls and you don't have the heart to erase your daughter's dry-erase drawing of her dead cat, you just power through it. pic.twitter.com/3fG5mm06F2

A fishing cormorant. Translation from Twitter: “Today I recorded a cormorant hunting fish. Brutal how they swim. # CalaPola # TossaDeMar”