It’s that time of year when the heat makes one splenetic, ready to denounce phrases used by the young, woke, or “with-it”.  Here are a few of my most despiséd terms, and of course you’re welcome to add yours.

It’s time for the Daily Two Minutes of Hate!

1.) “Back in the day”.  Of course this means “way back when” or “in old times that I remember”, but it’s annoyingly imprecise. When I hear it I want to ask, “In WHAT day? When?” It seems easier to say, “When I was a child” or something similar.

He’s a resilient guy, this Conan O’Brien, and now he’s rising from the ashes again, re-re-re-bearded and ready to puppet dance, hoping to promote his C-SPAN3 show by making guest appearances on everything from CNN’s “Spitzer Blagojevich’’ to “The Daily Show With Dennis Miller.’’ But we’ve known O’Brien is a fighter since back in the day, when he was the David to Jay Leno’s Goliath.

2.) “Passed” for “died”.  This, of course, is a euphemism designed to avoid the word “died” or even the notion that someone is gone for good. Further, it implies that there’s an afterlife: that somebody passed on the way to somewhere else. We need to face up to the fact that everyone is going to die, but one way to deny that is to use words like “passed”. Now I don’t call out people for using that about someone they knew, as that would be churlish, but it still curls the soles of my shoes when I hear it.

“Passed away”, however, is better and doesn’t rankle nearly so much.

3.) “Salty”. I can’t tell you how much I despise this word, which, according to the Urban Dictionary, means “when you are upset over something little.” Alternatively: “The act of being upset, angry, or bitter as result of being made fun of or embarassed. Also a characteristic of a person who feels out of place or is feeling attacked.”

Here’s one example by a social-media-savvy Congressional representatives who is trying to be cool (note the Spanish—an attempt to show solidarity with her equally vocal sister).  I also can’t stand the “sorry not sorry” phrase, which is odious but should at least have a comma or semicolon after the first word: 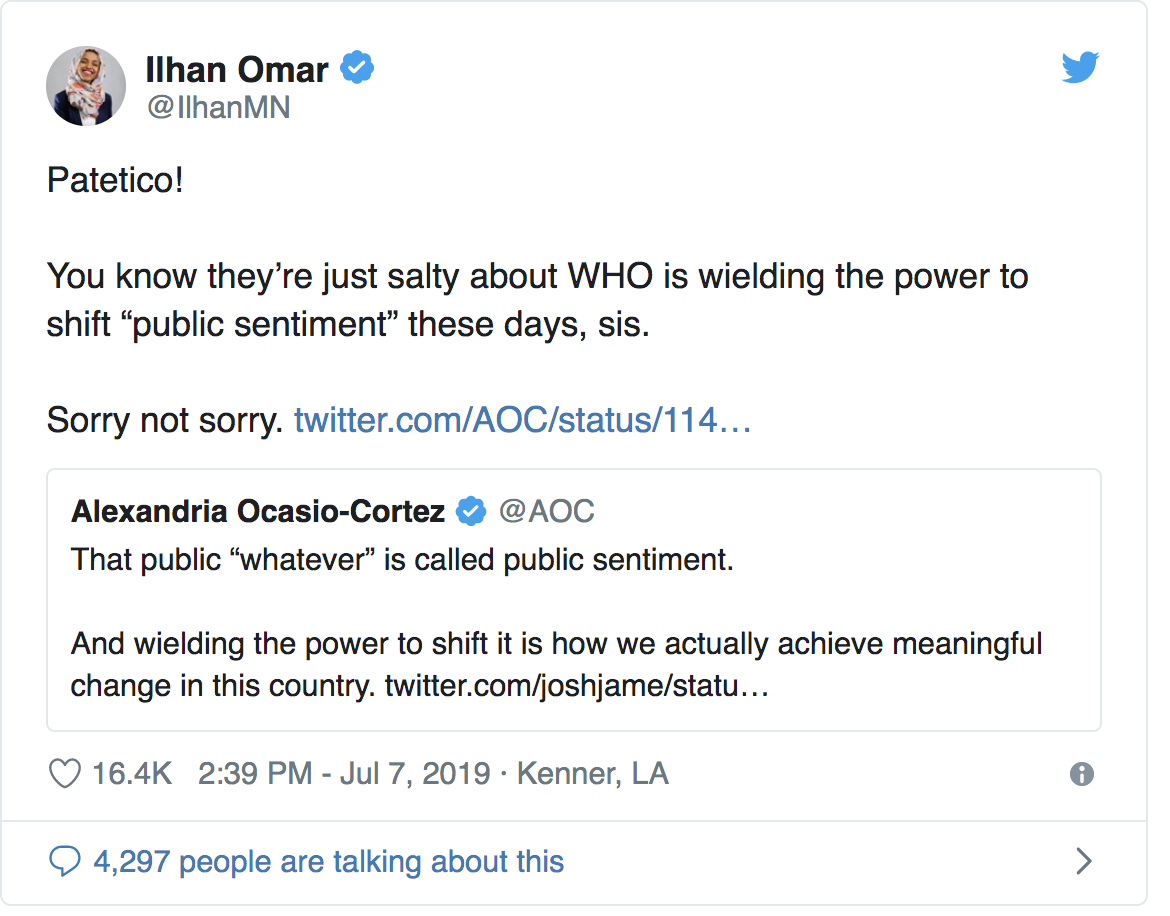 4.) “It is what it is.” (I’m sure I’ve highlighted this before.) A friend said this the other day and I said, “What does that mean?” The response: “You can’t do anything about the situation.” But often that’s not the case, and if that’s true then the phrase devolves to a watered-down version of Vonnegut’s “so it goes.” In other words, it’s a conversational place filler meant to make you sound cool.

276 thoughts on “More words and phrases I hate”