I’ve returned, so feel free to send me your good wildlife photos. Thanks.

I enclose a sequence I captured near my house in West Sussex this morning – a red kite (Milvus milvus) being chased off by a rook (Corvus frugilegus), I think. Apparently there are only 1600 breeding pairs of red kite in the UK (per the RSPB), so this is a pretty rare sight here – buzzards (Buteo buteo) are more common.

I saw the kite circling a few fields away and took a couple of shots from a distance, and carried on walking. Further up the road, the kite flew over my head, pursued by a rook. I managed to fire off some shots of the action. The photos aren’t cropped but they are at the limit of my zoom lens, so apologies if the shots aren’t as crisp as they might be. Last I saw, the kite was flying off into the distance and the rook seemed satisfied and broke off the chase. Hopefully the kite will return! We have rooks aplenty. 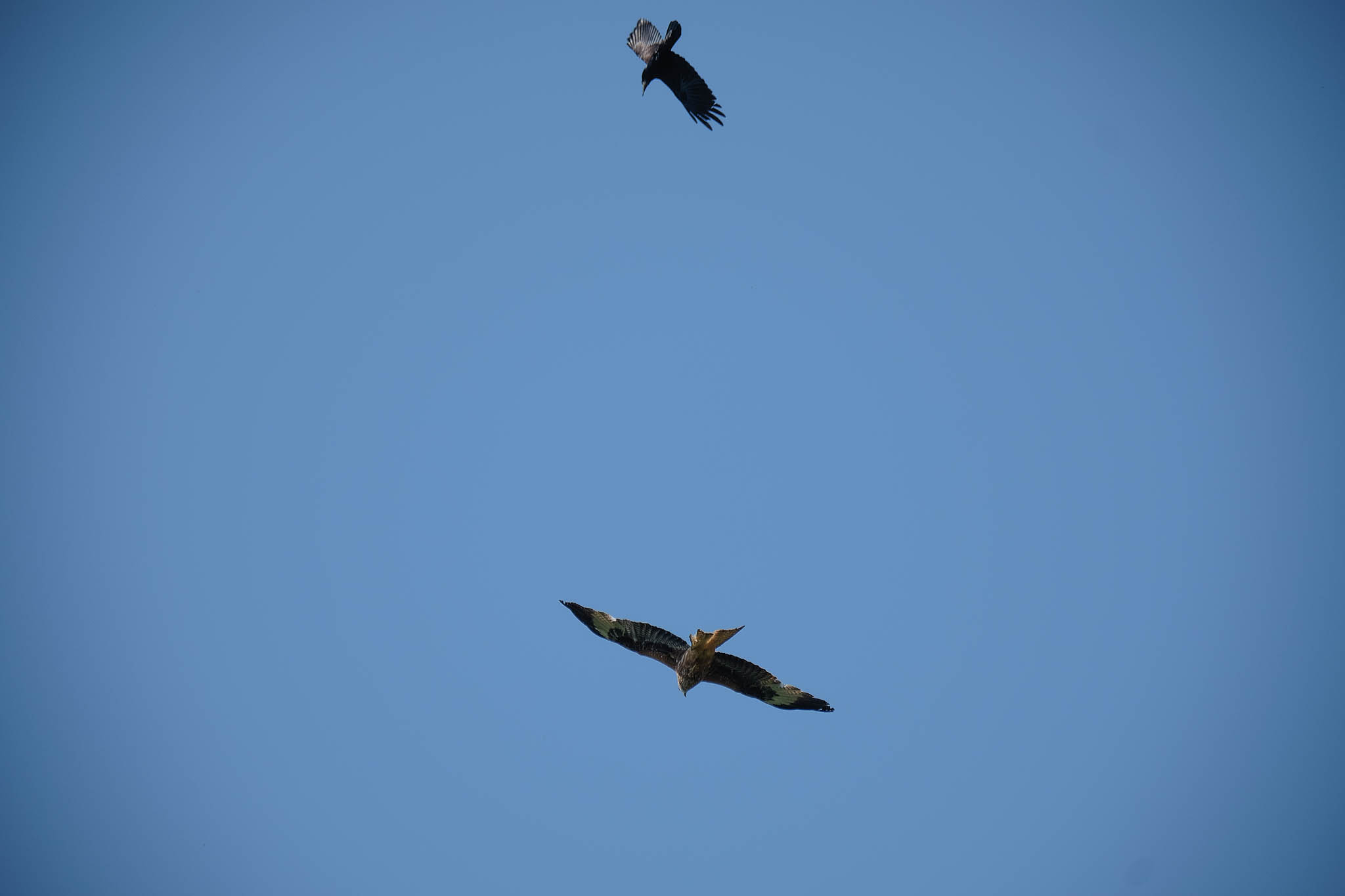 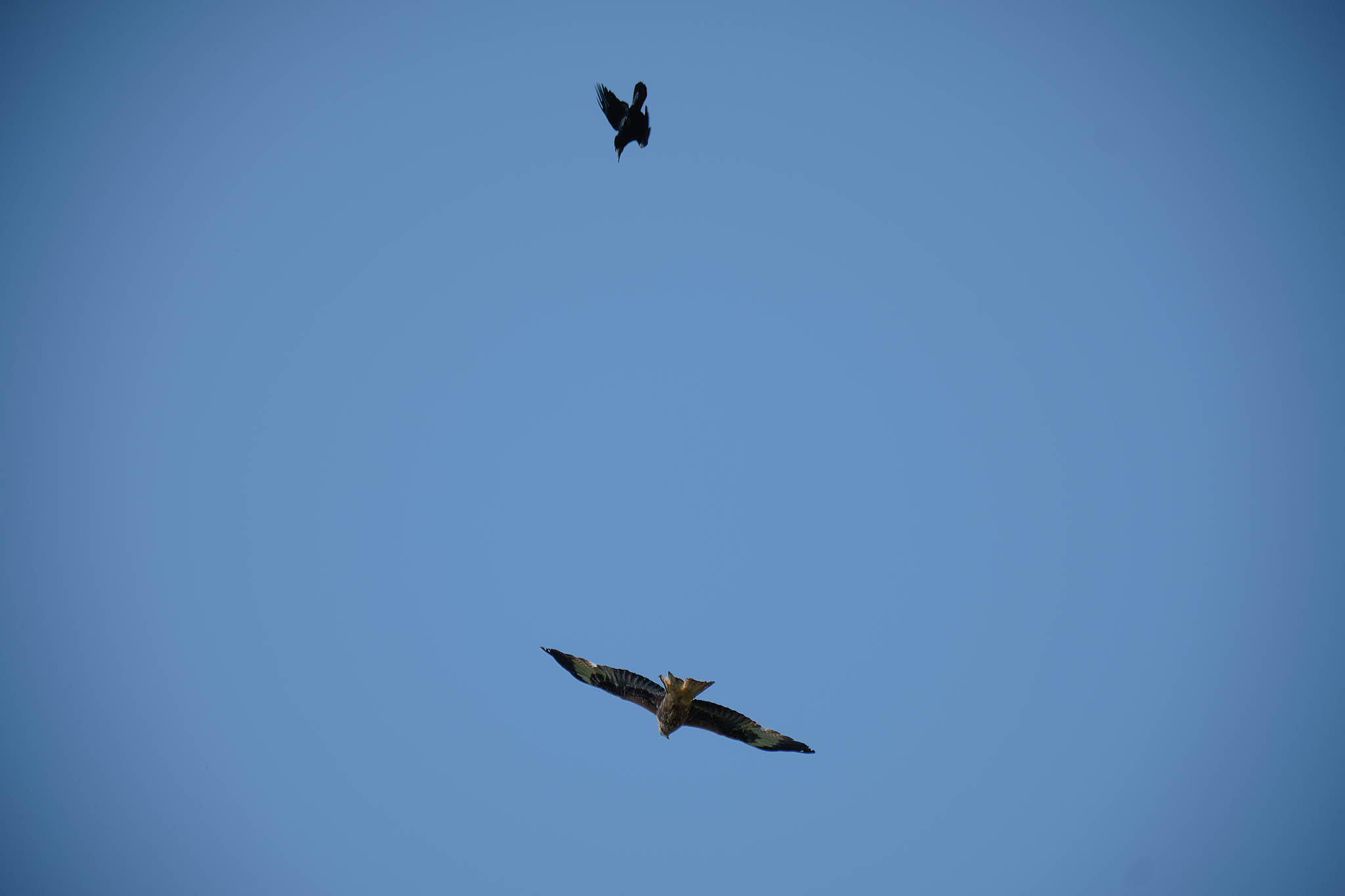 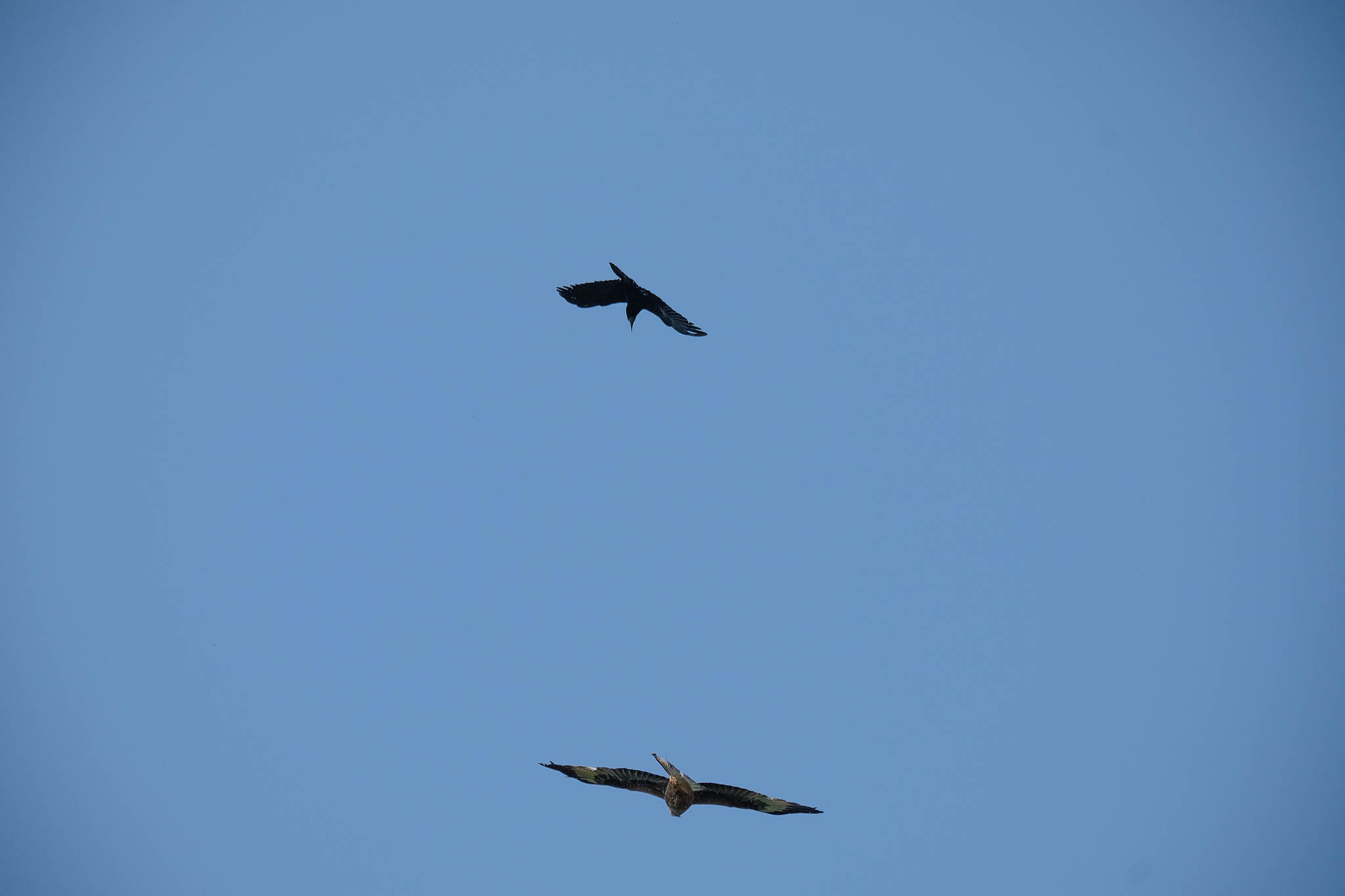 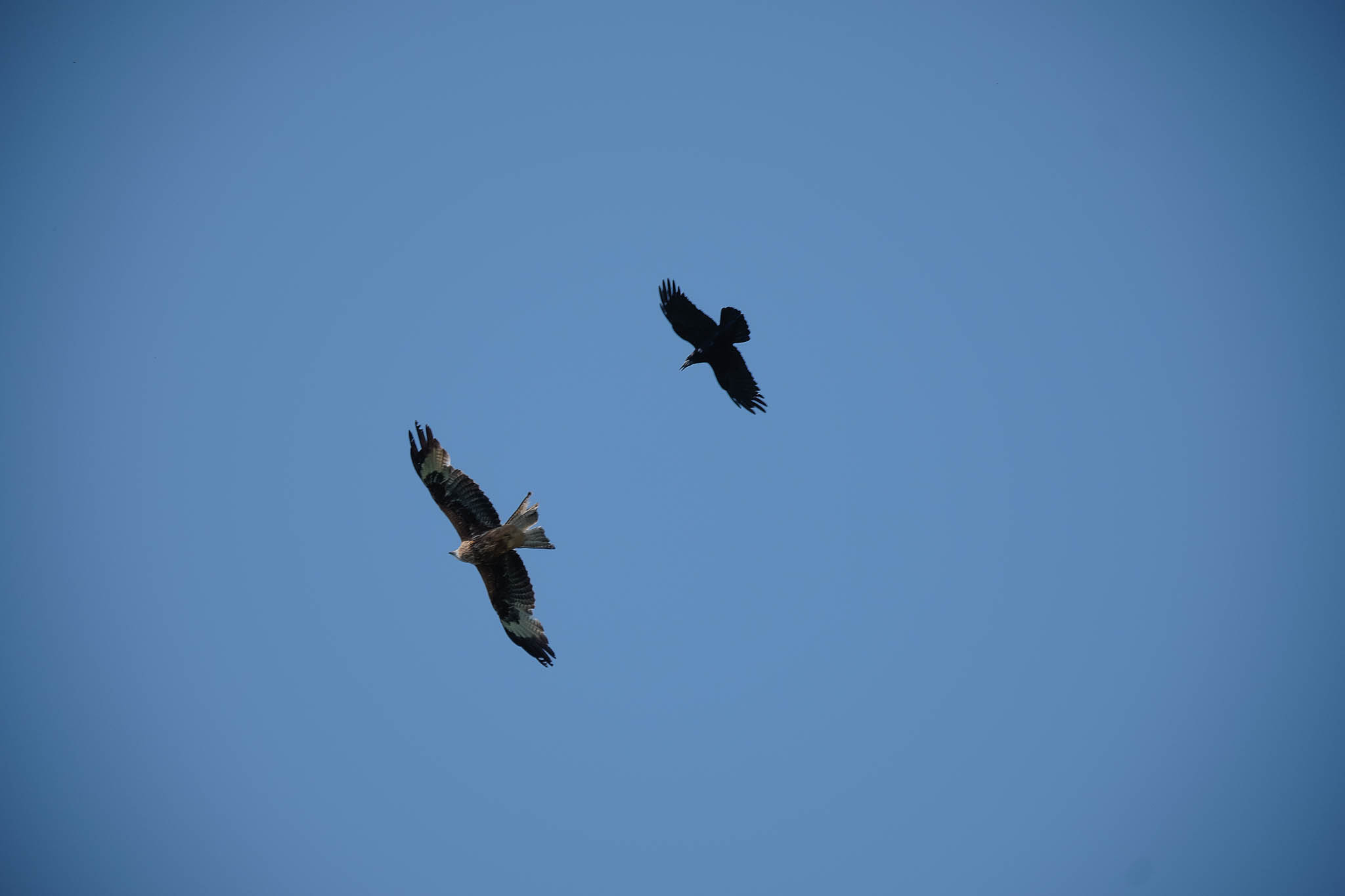 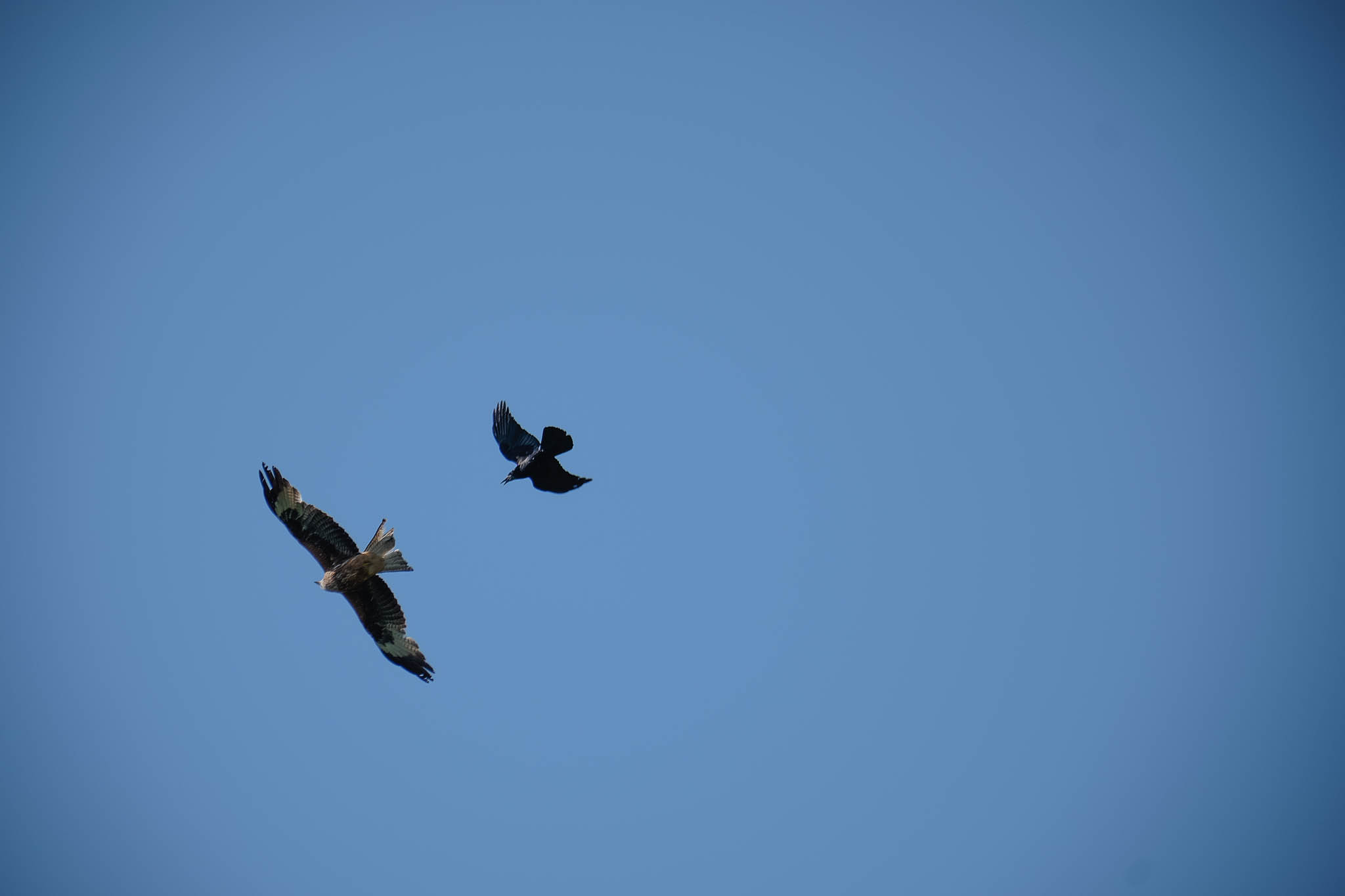 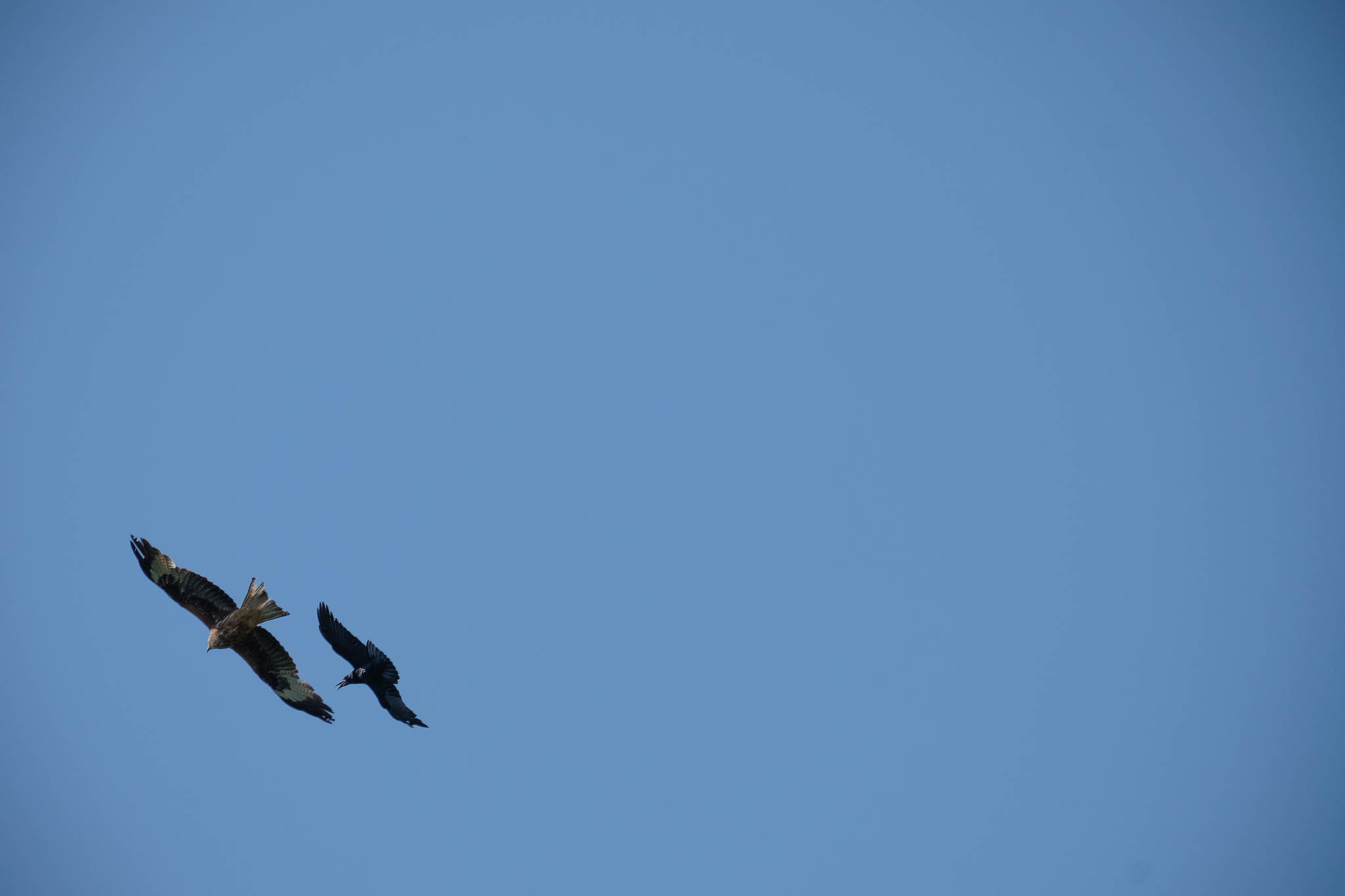 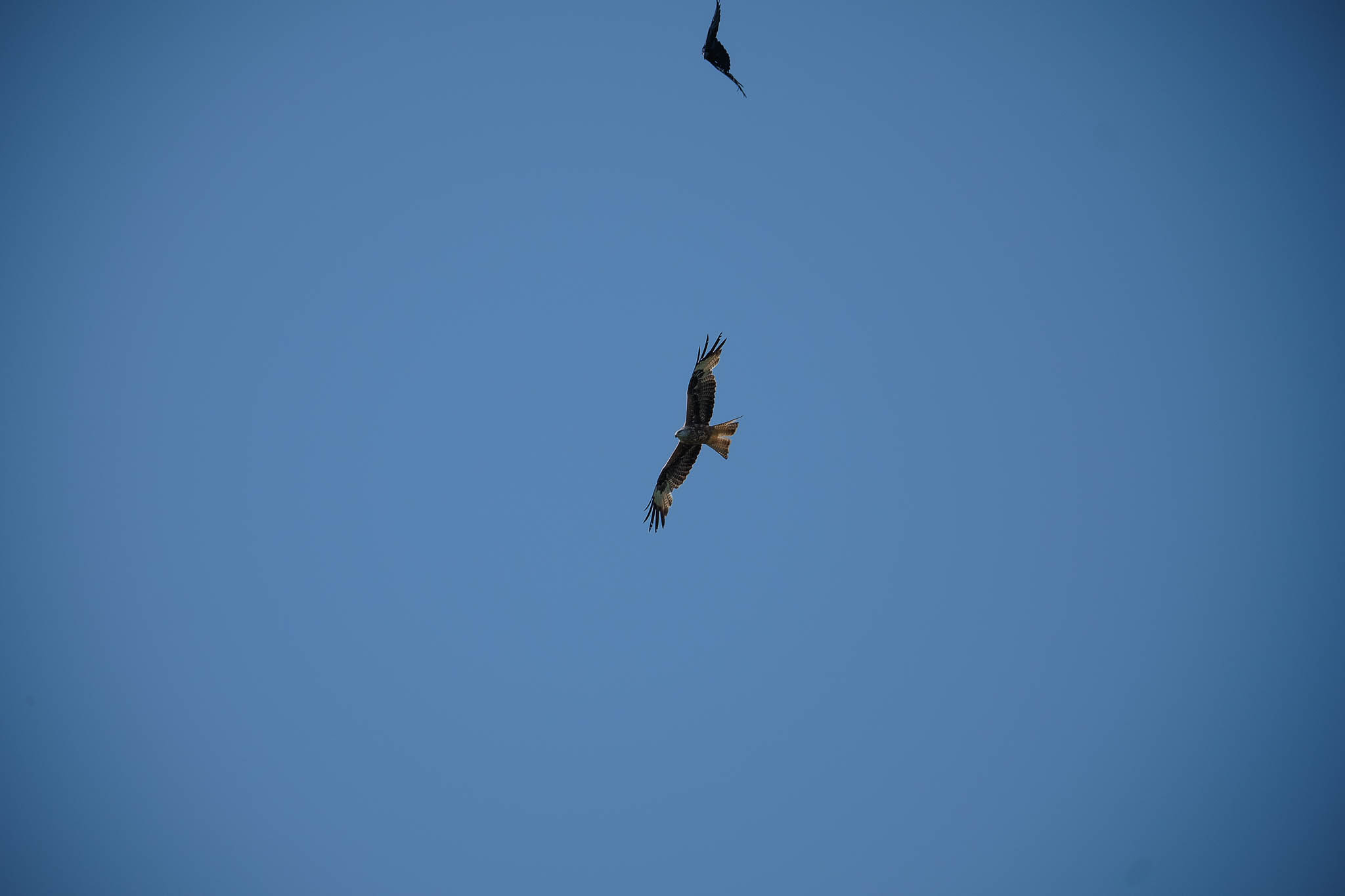 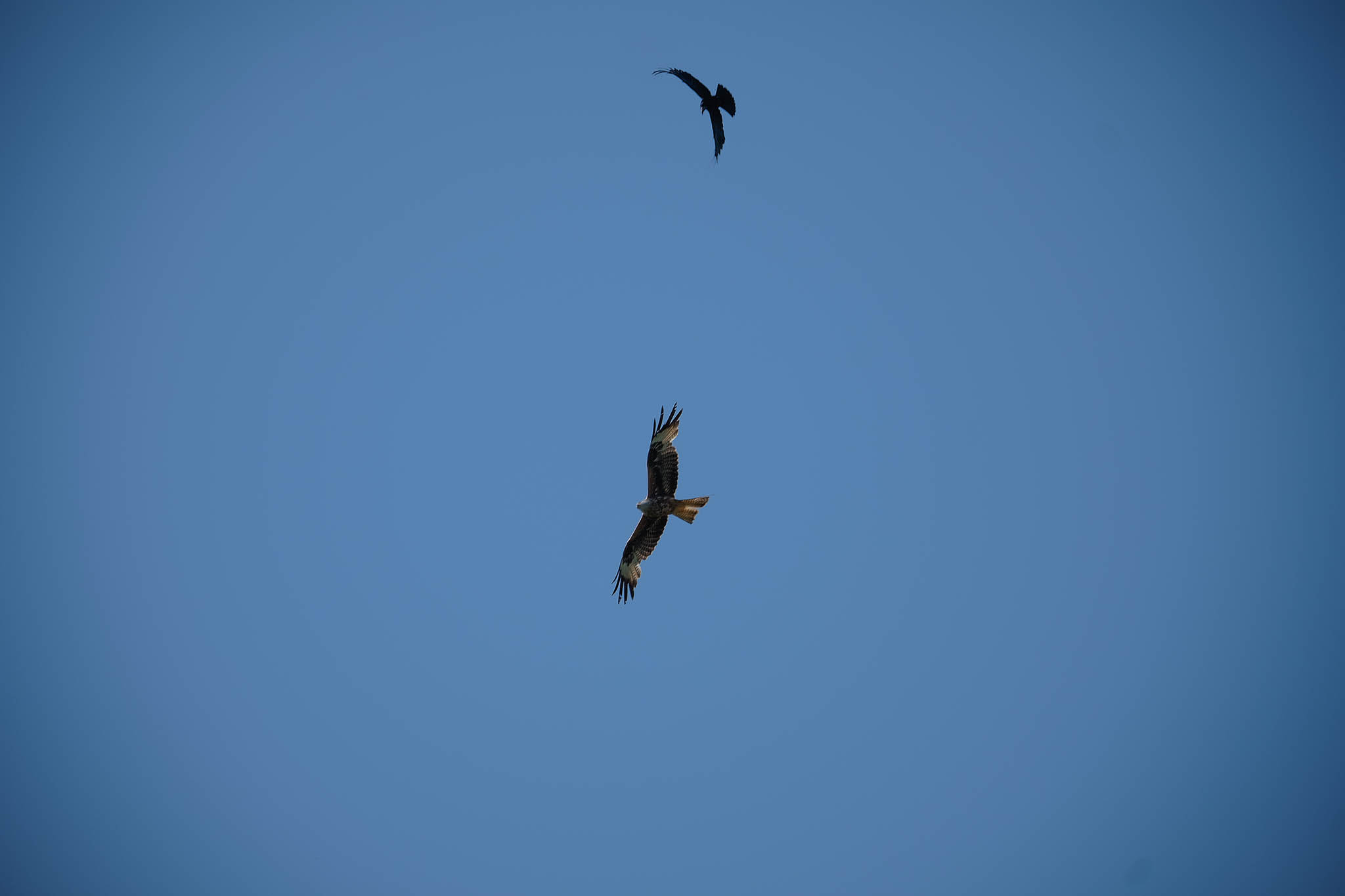 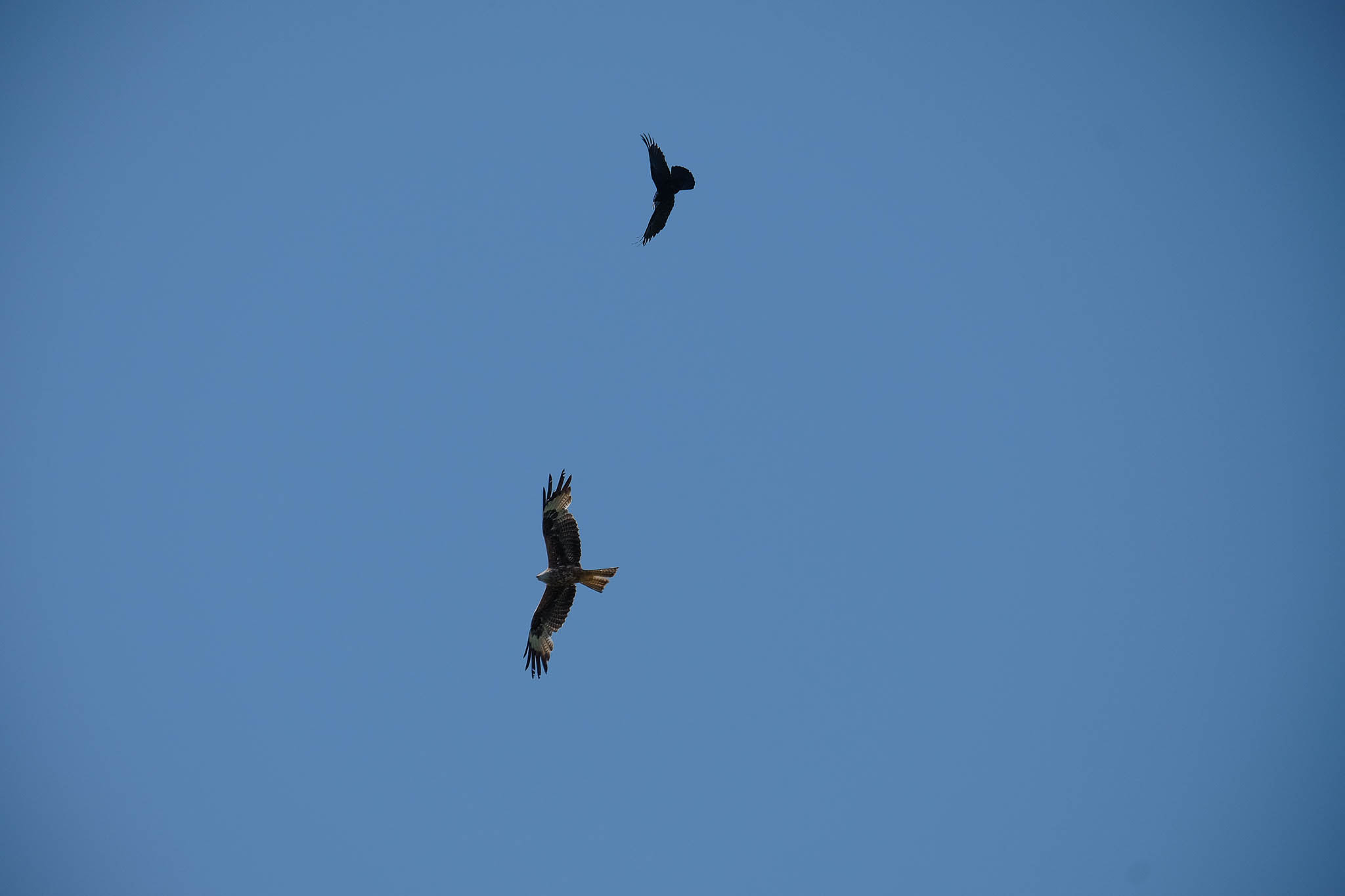 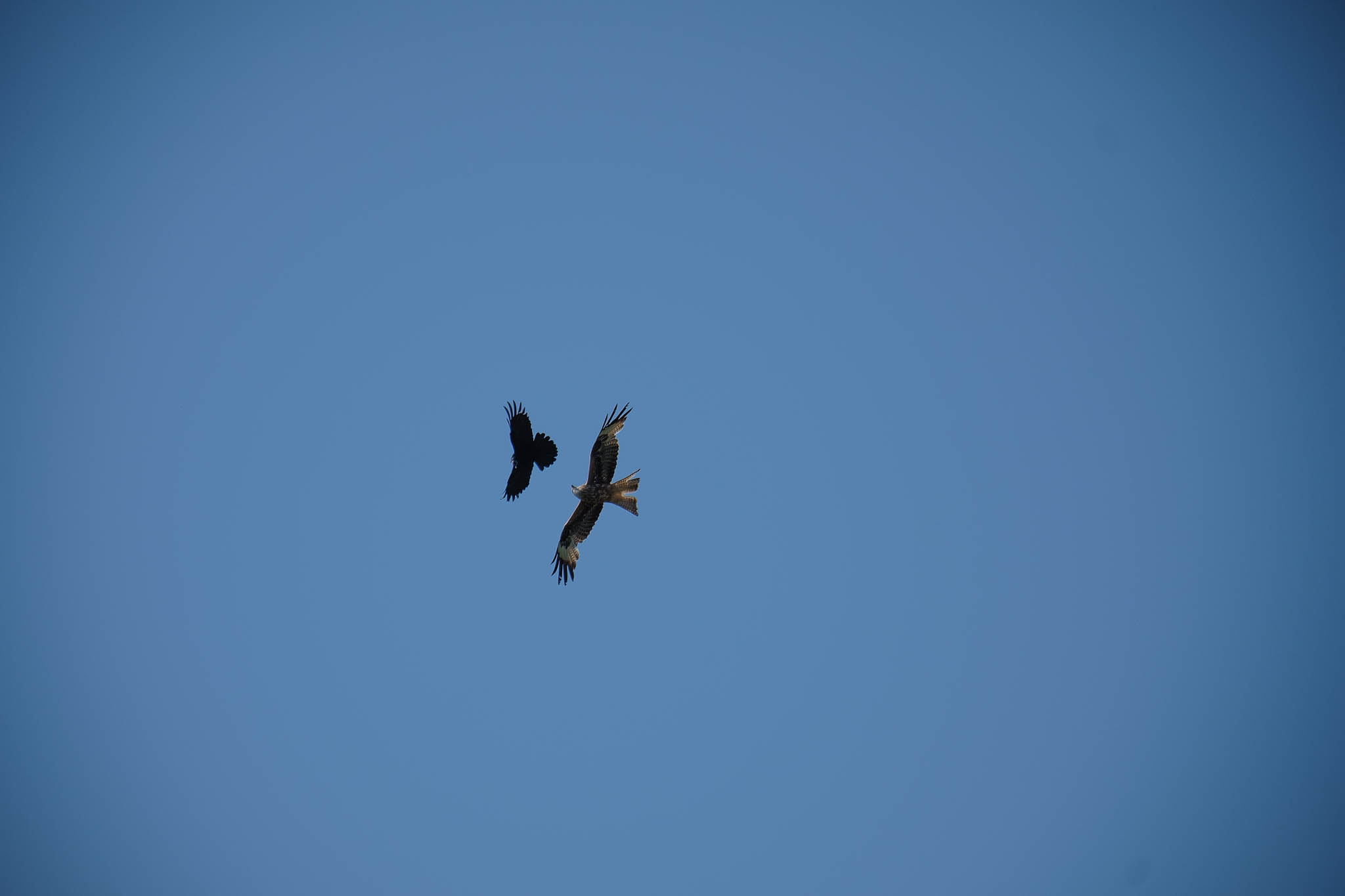 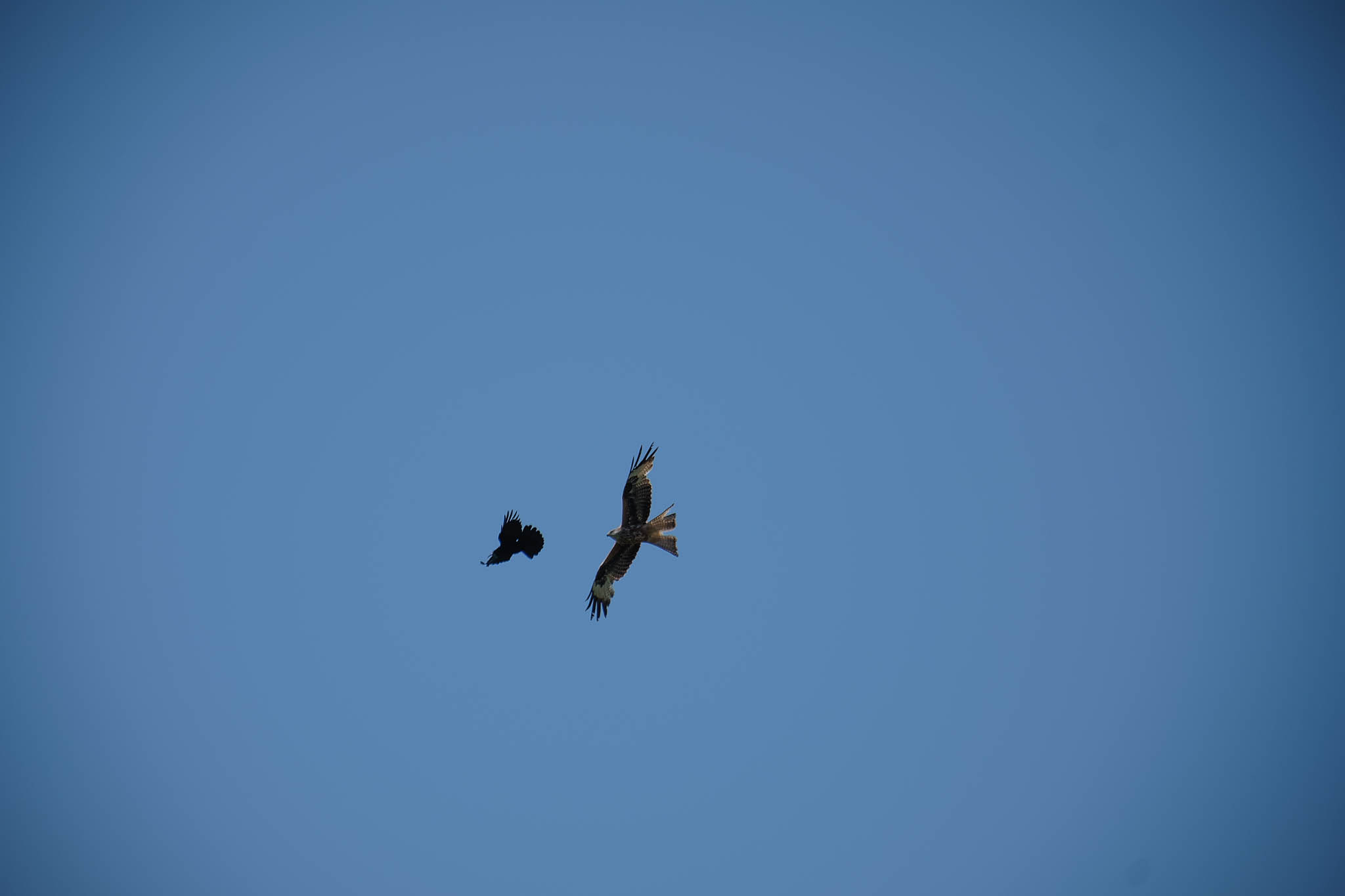 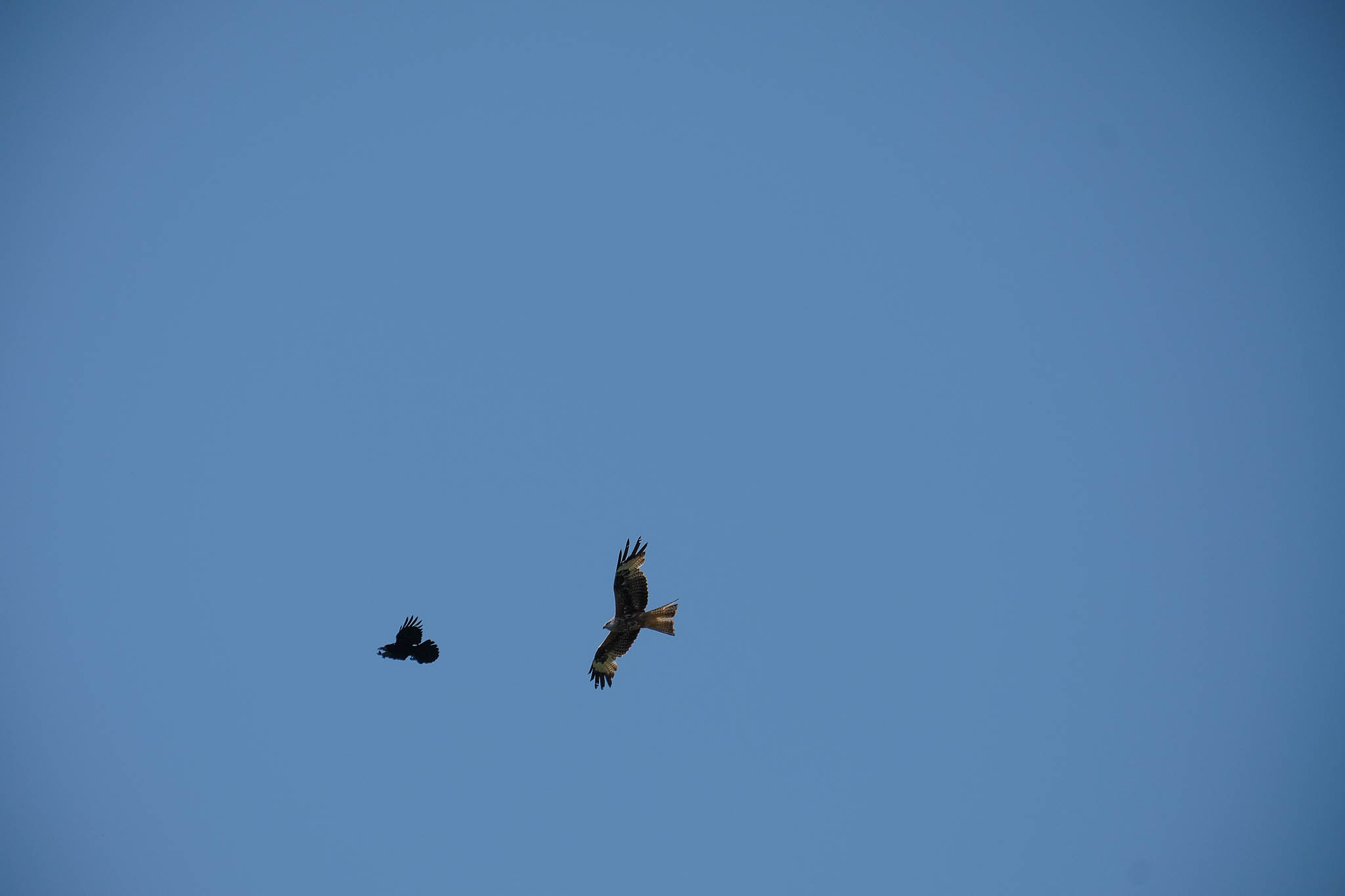