Remember that on this website, astronomy and nature photos count as “wildlife”. This is a photo from reader Tim Anderson in Australia, whose words are indented:

This is a picture of the Trifid Nebula or NGC6514. Its name has nothing to do with the John Wyndham novel “Day of the Triffids”, but instead derives from the Latin, meaning “divided into three lobes”. It was first described by Charles Messier on 5 June 1764 and is catalogued as Messier 20.
The red area is an emission nebula rich in hydrogen gas, which glows ruby red and has many star-forming regions embedded in it. The blue area is a “reflection nebula”, which reflects the energy from the red region. Additionally, the dark lanes crossing the emission nebula form an “absorption nebula” of thick gas and dust, which absorbs all light from the nebula behind. It is unusual to see all three types of nebulae in such close proximity.
The open star cluster towrds the bottom left is NGC6531, also catalogued by Messier as M21.
The image was formed from fifty 180-second colour exposures using a 100mm refracting telescope. 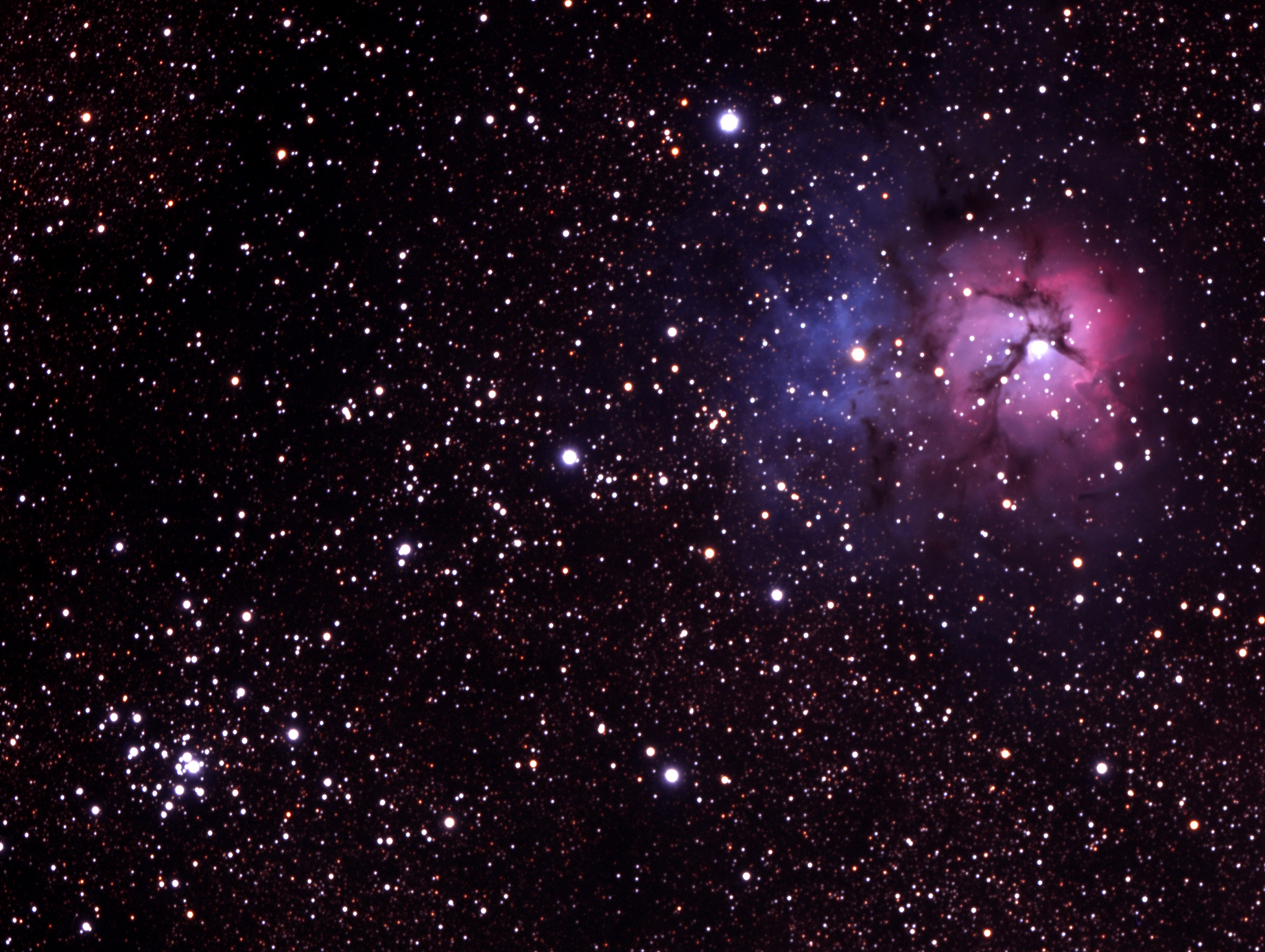