Our Secret Duck Farmer (SDF) sent several duck reports on July 4th. And someone has given the ducks a big chunk of watermelon!

We had a hot 4th of July, but all is well at the pond.  All ducklings and mother ducks were present and accounted for.  I’m noticing a lot of large feathers in and around the pond and I wonder if this means Katie is starting to molt.  The more I look at her the more I talk myself in and out of the idea.  Certainly the presence of more feathers could be accounted for because there are now many more ducks at the pond with more feathers.  But I’m attaching some photos for your consideration of the idea.

JAC: The speculum feather, which I’ve asked the SDF to recover for me, indicates that Katie is indeed molting, and will probably be flightless for a couple of weeks. She doesn’t seem to have lost her primary flight feathers, though. 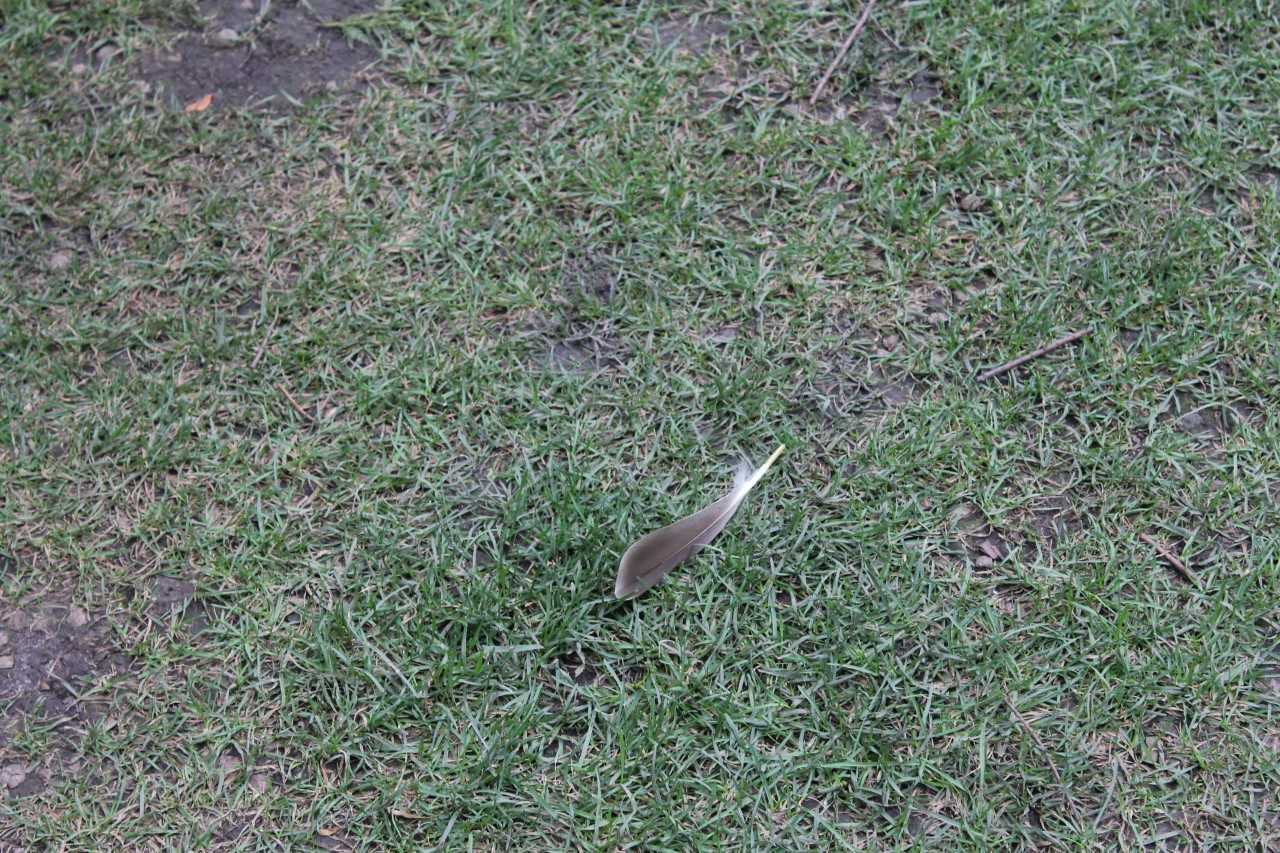 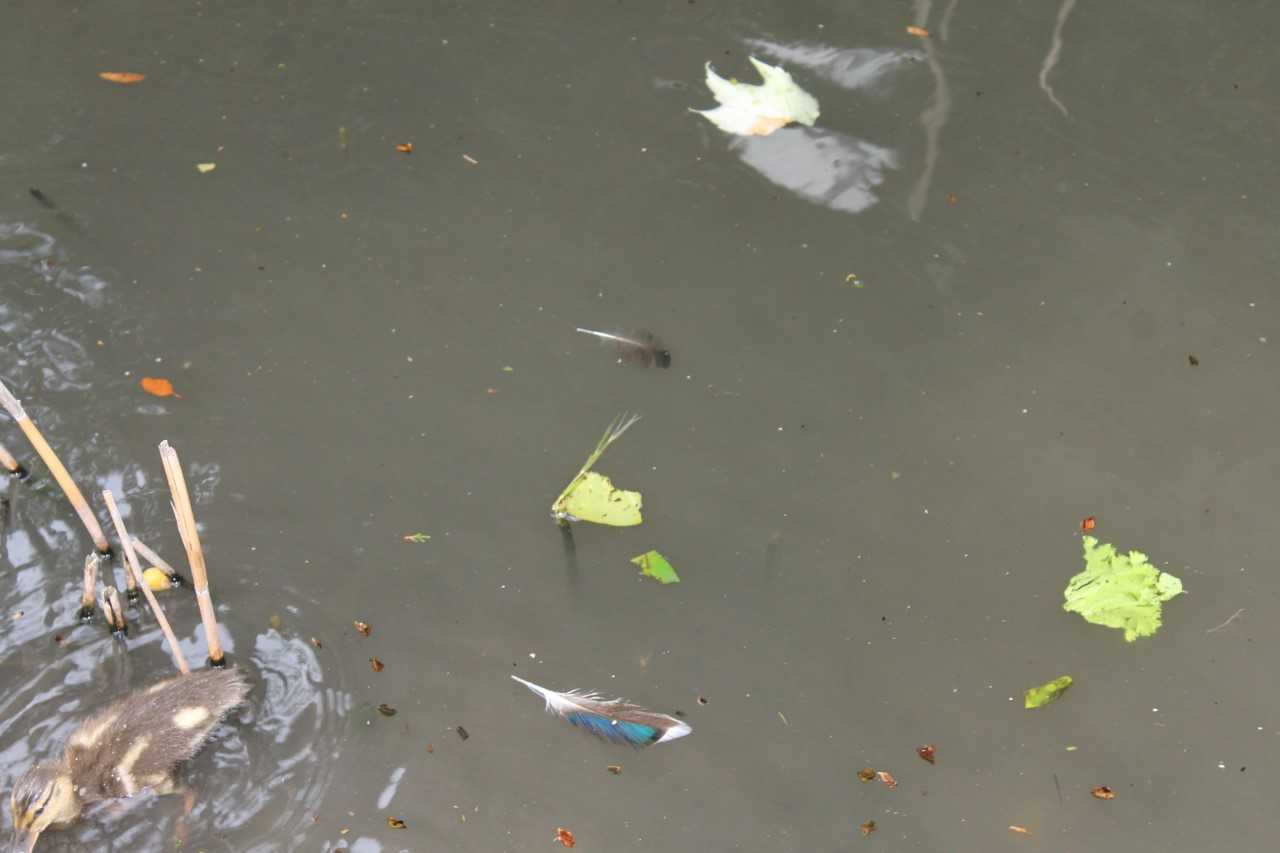 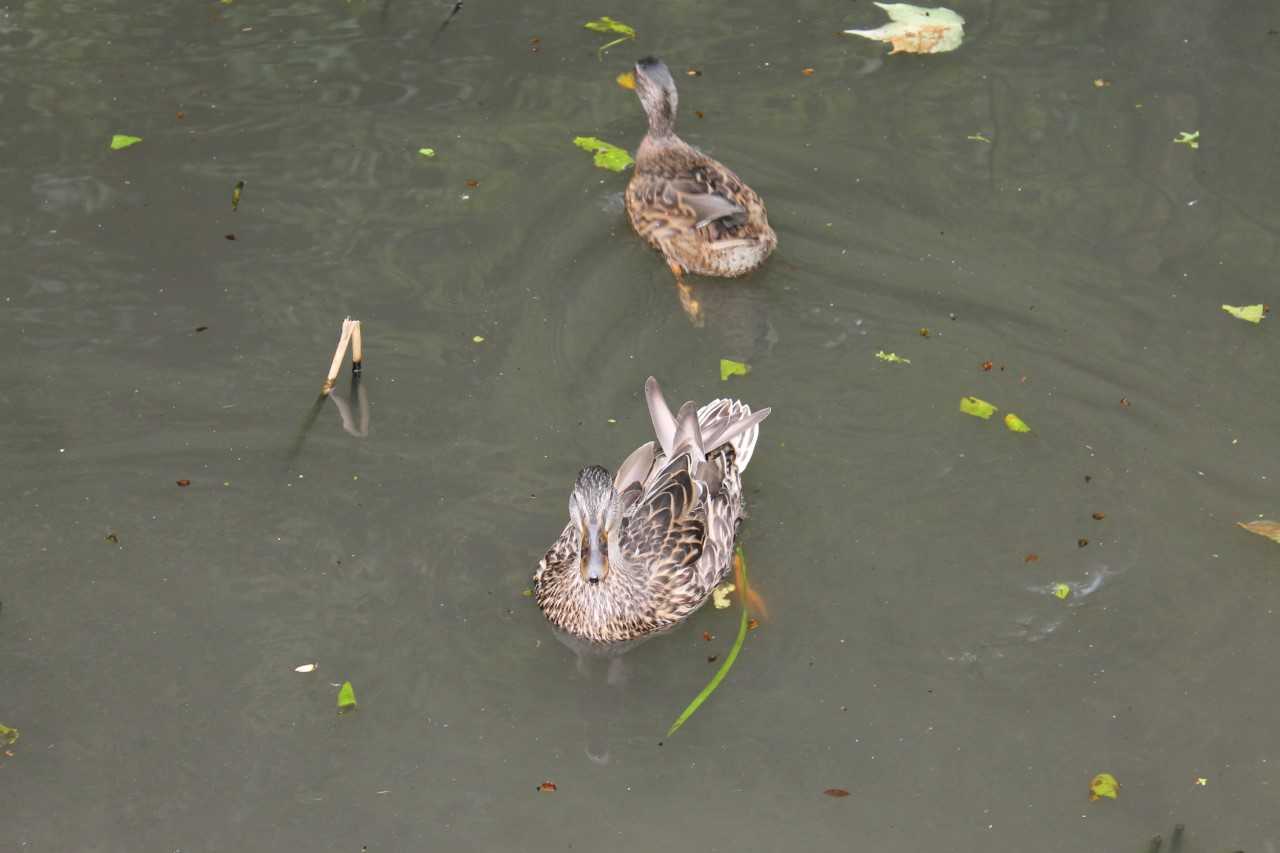 Everyone ate well, everyone got along for the most part, and everyone is growing and thriving.  There was no sign of the mystery hen either today or yesterday.

Here are photos of each mother duck and her brood. 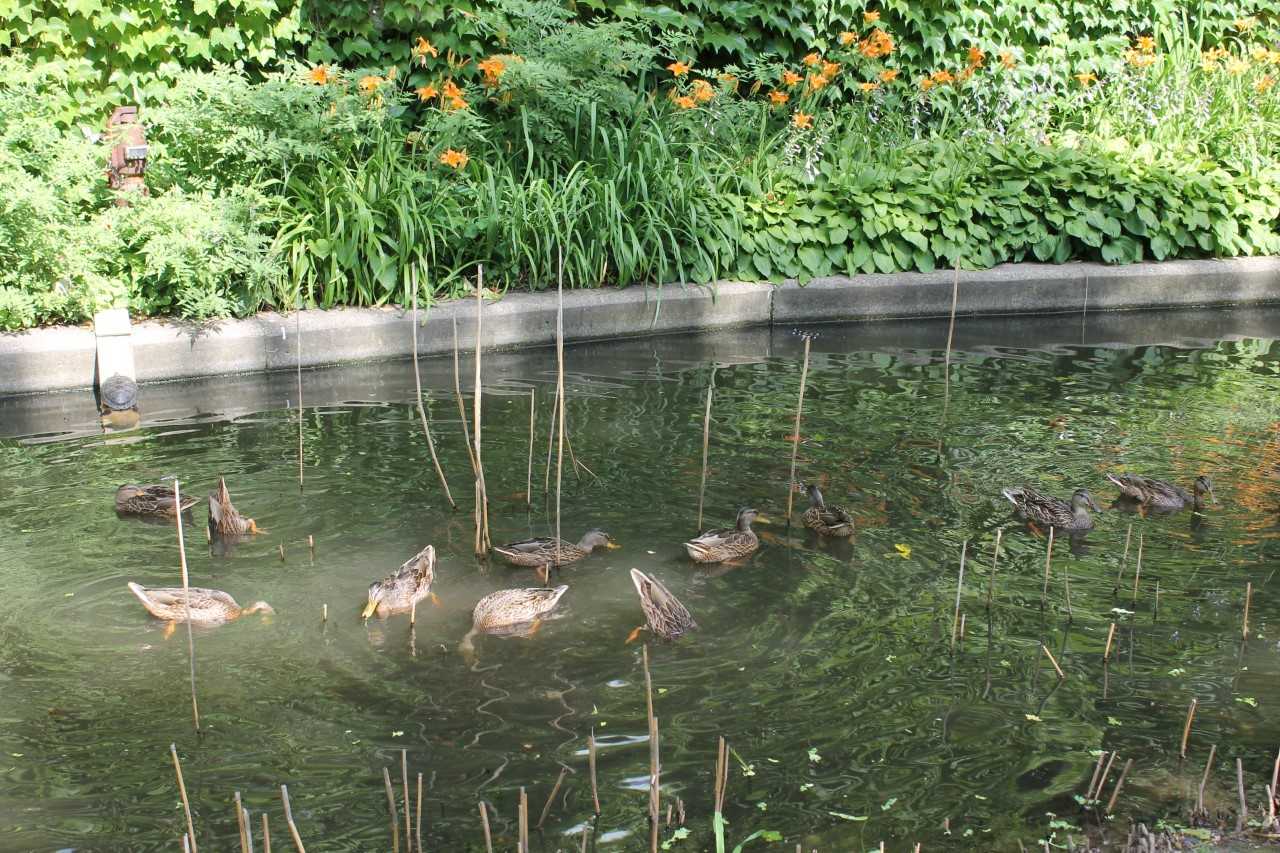 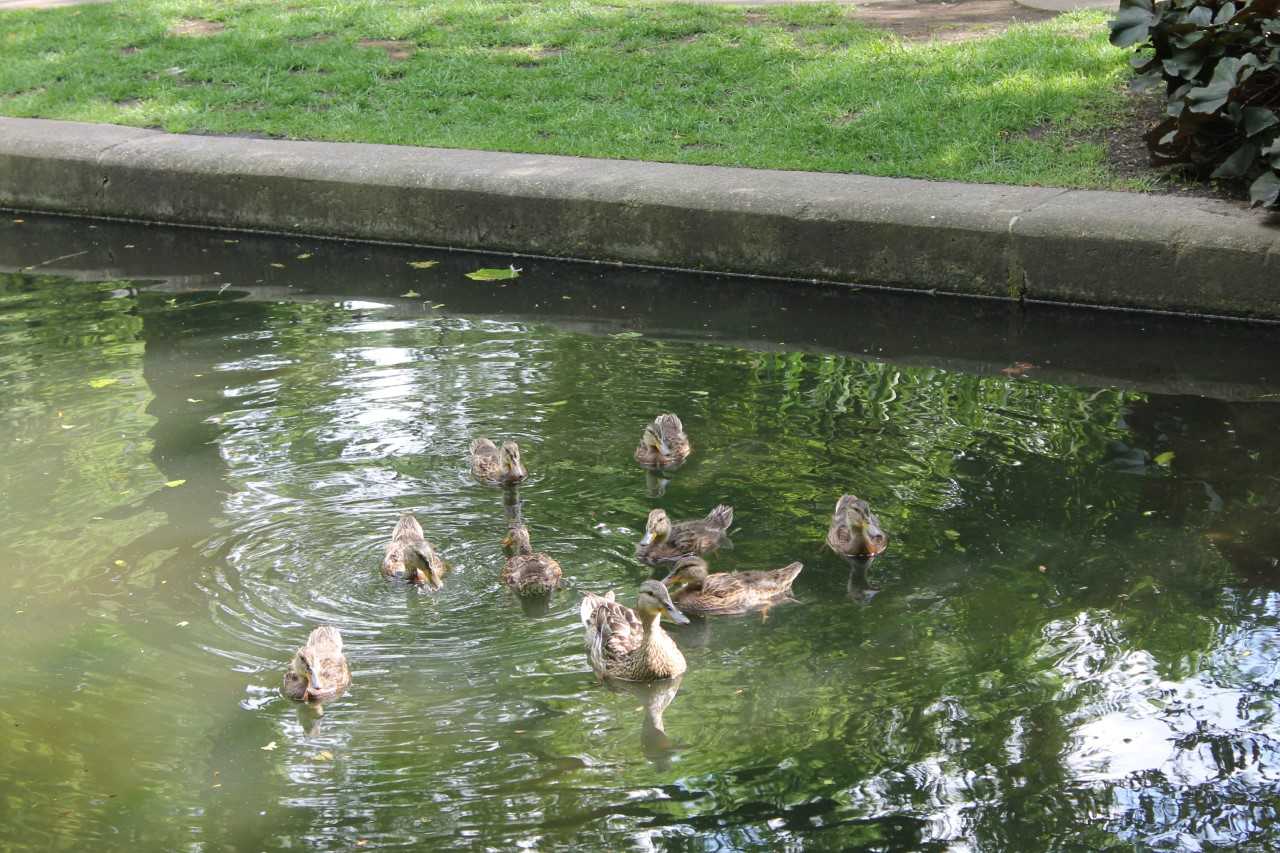 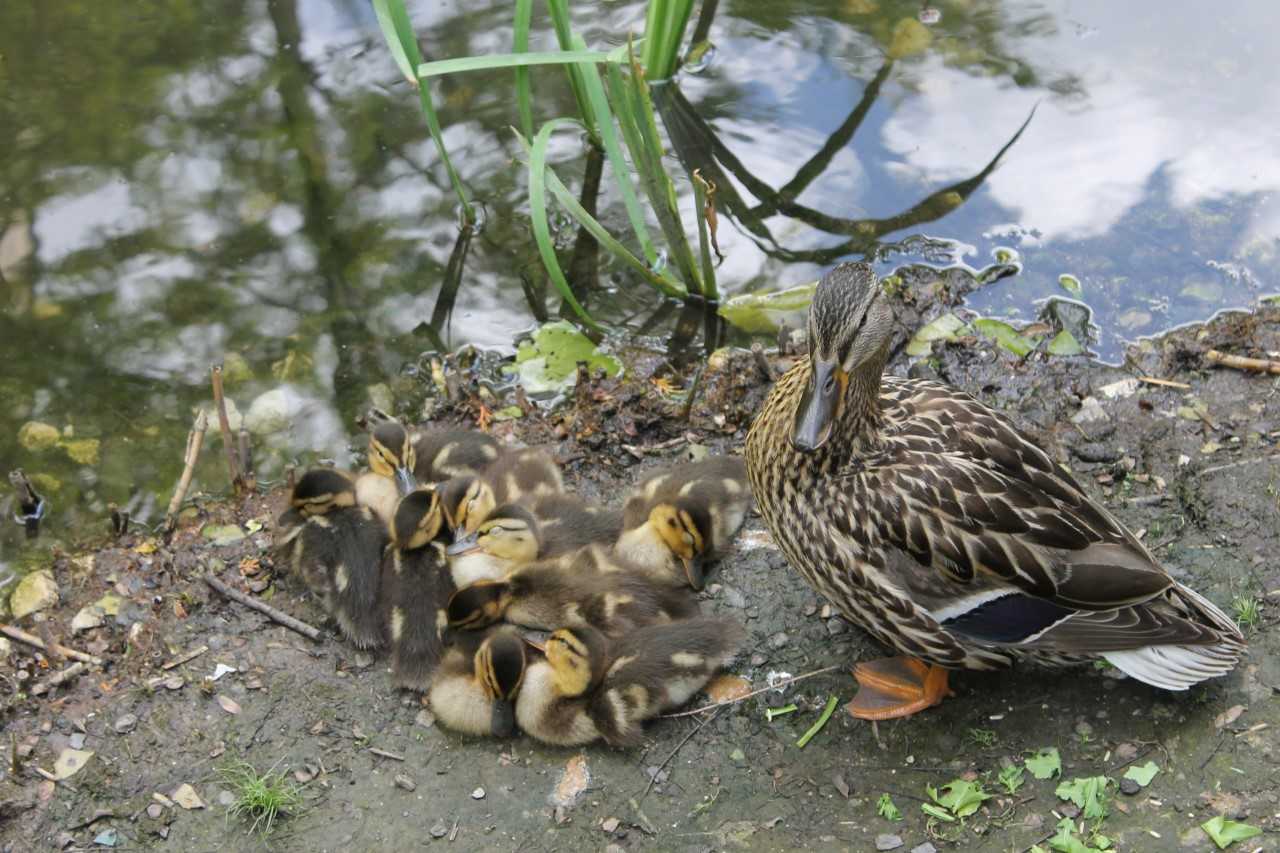 Katie’s brood didn’t fly while I was there today, nor were there any zoomies, but we had a moment near the beach where I thought they might take flight and where many of them flapped their wings in a most impressive way. 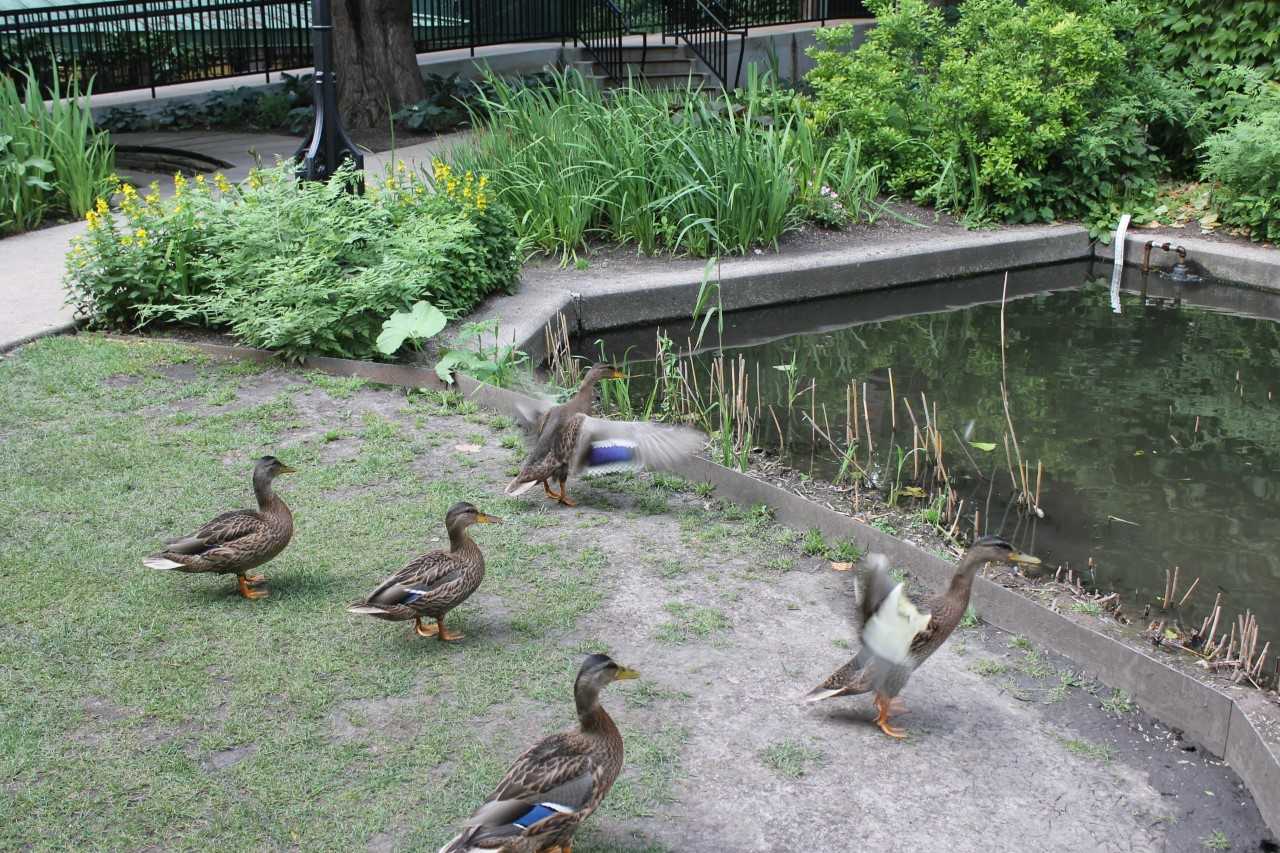 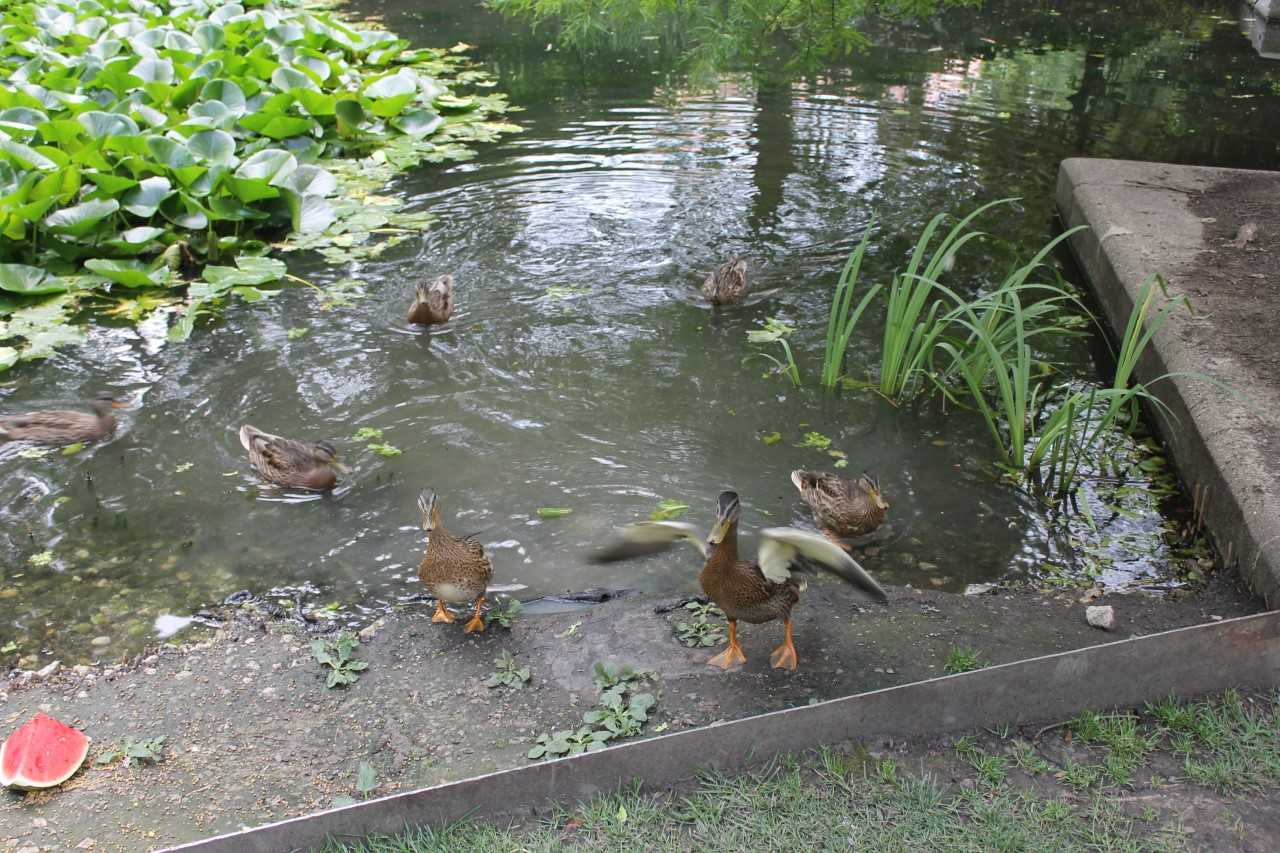 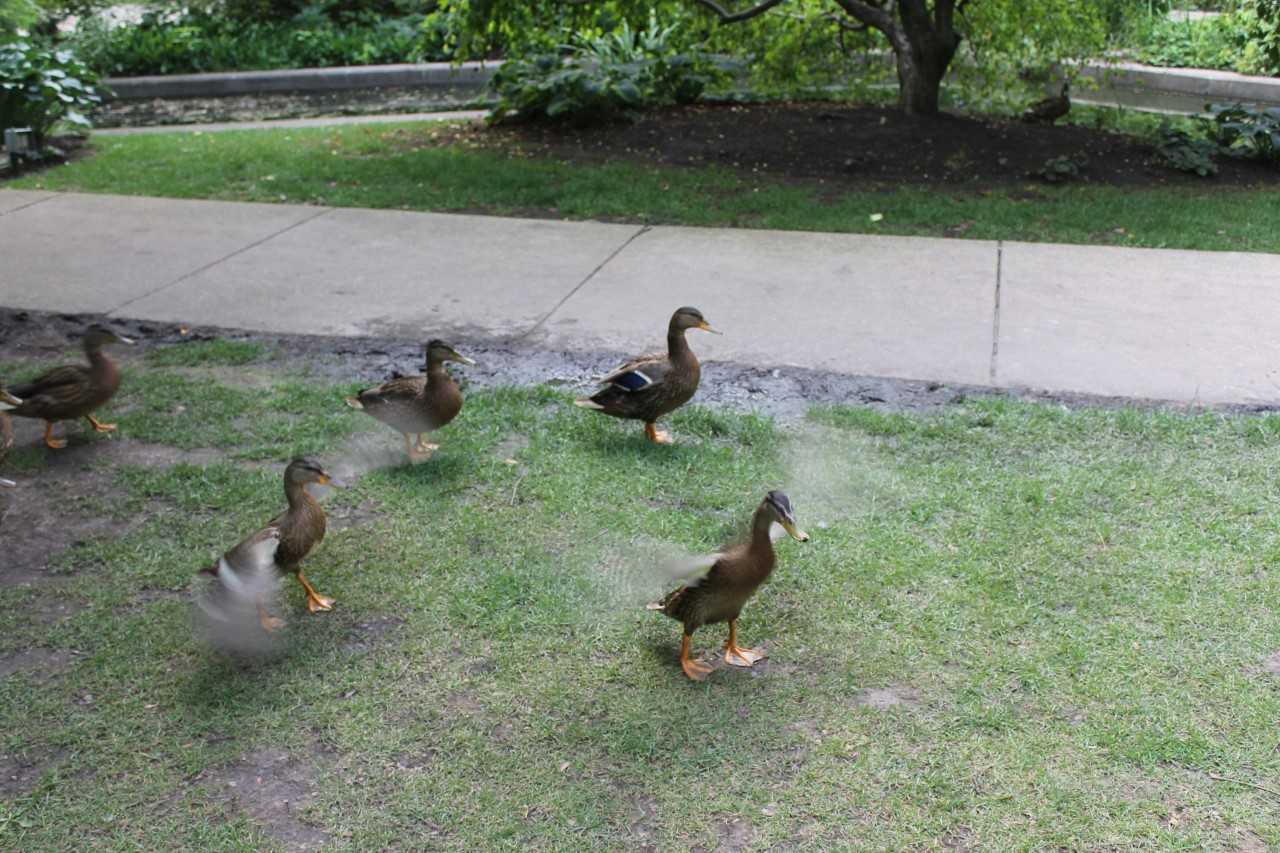 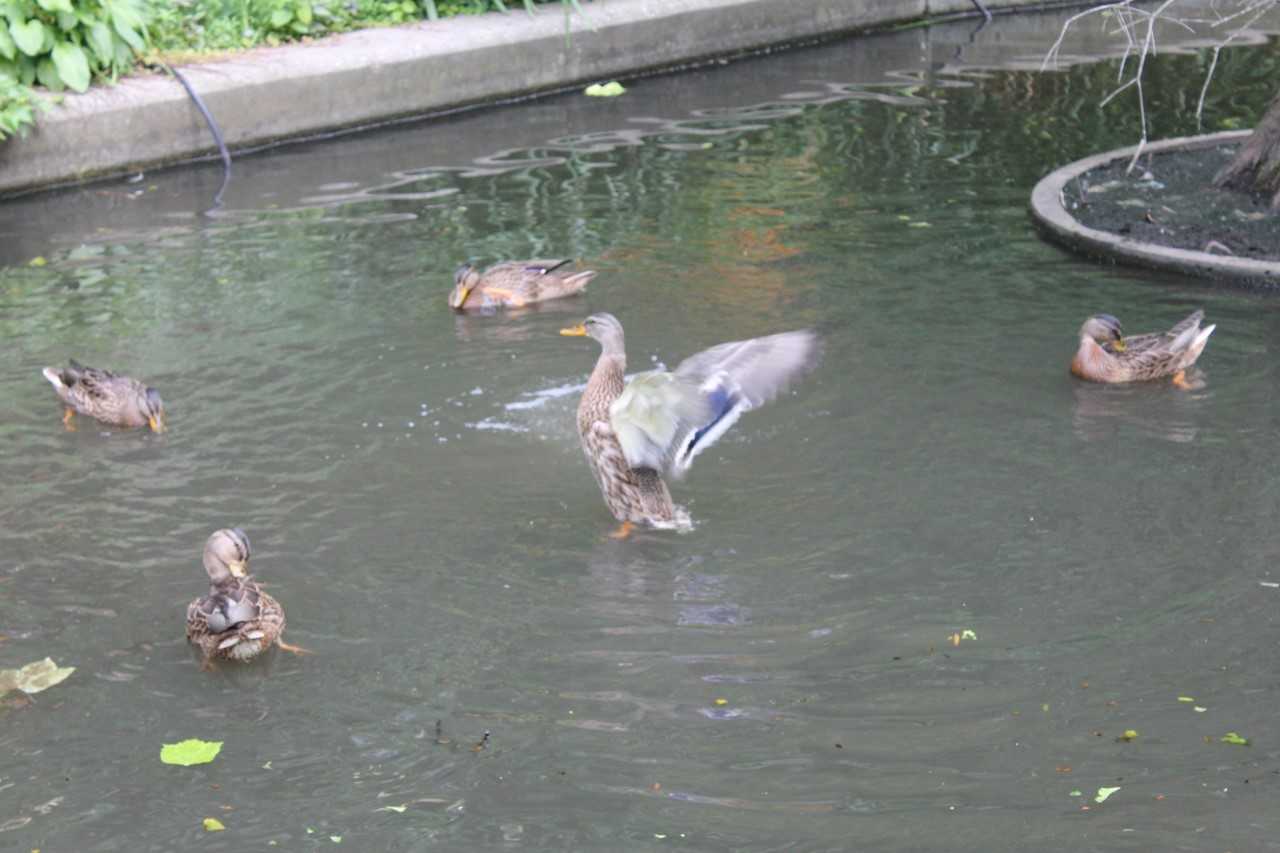 Anna’s brood continues to grow by leaps and bounds, and every time I blink they seem to be more feathered.  Here a few closeups of them as you can see how close they are to being covered in feathers instead of fuzz.
Also some fun in the mud.  We’ve had so much rain this summer the mud puddle has remained and grown and all of the broods have spent time frolicking in it.

JAC: These are half-feathered ducks at the “awkward teen” stage. 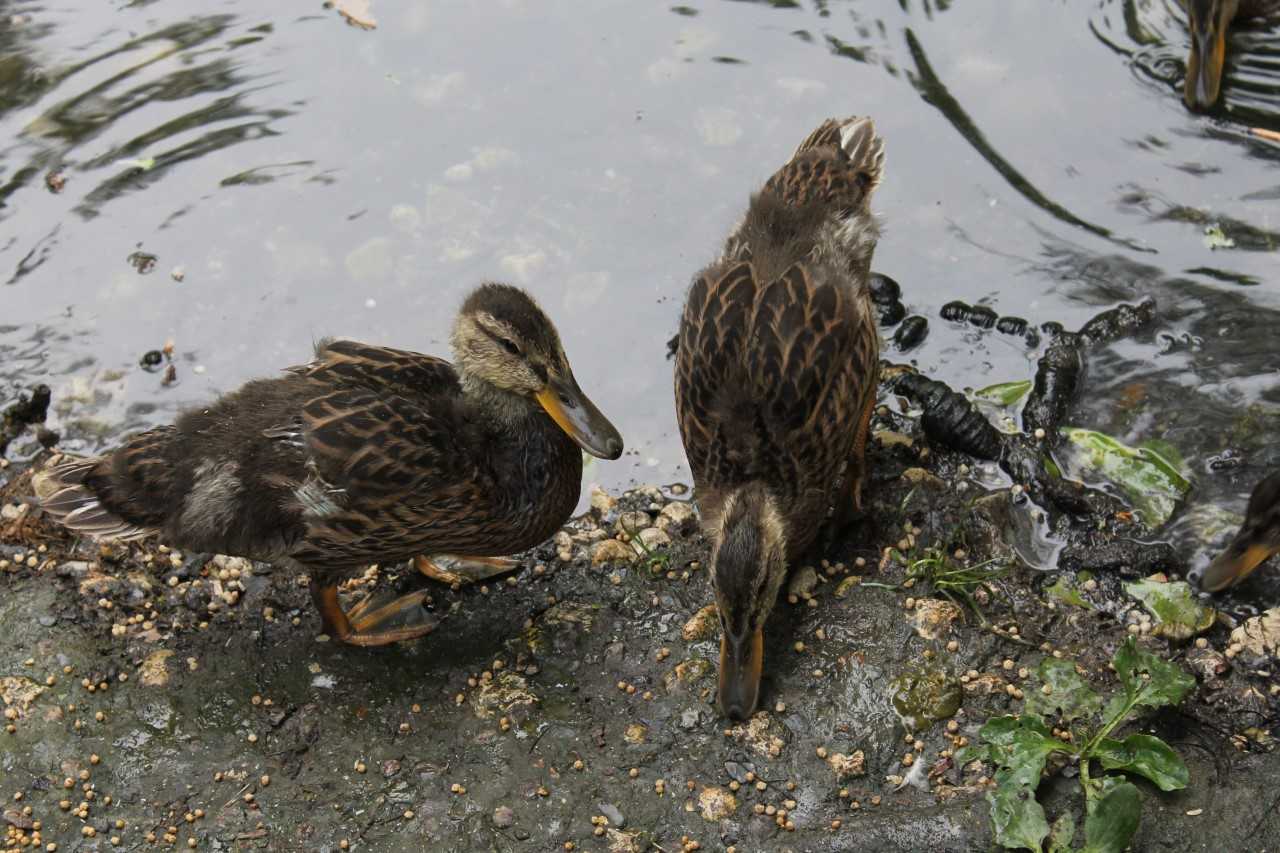 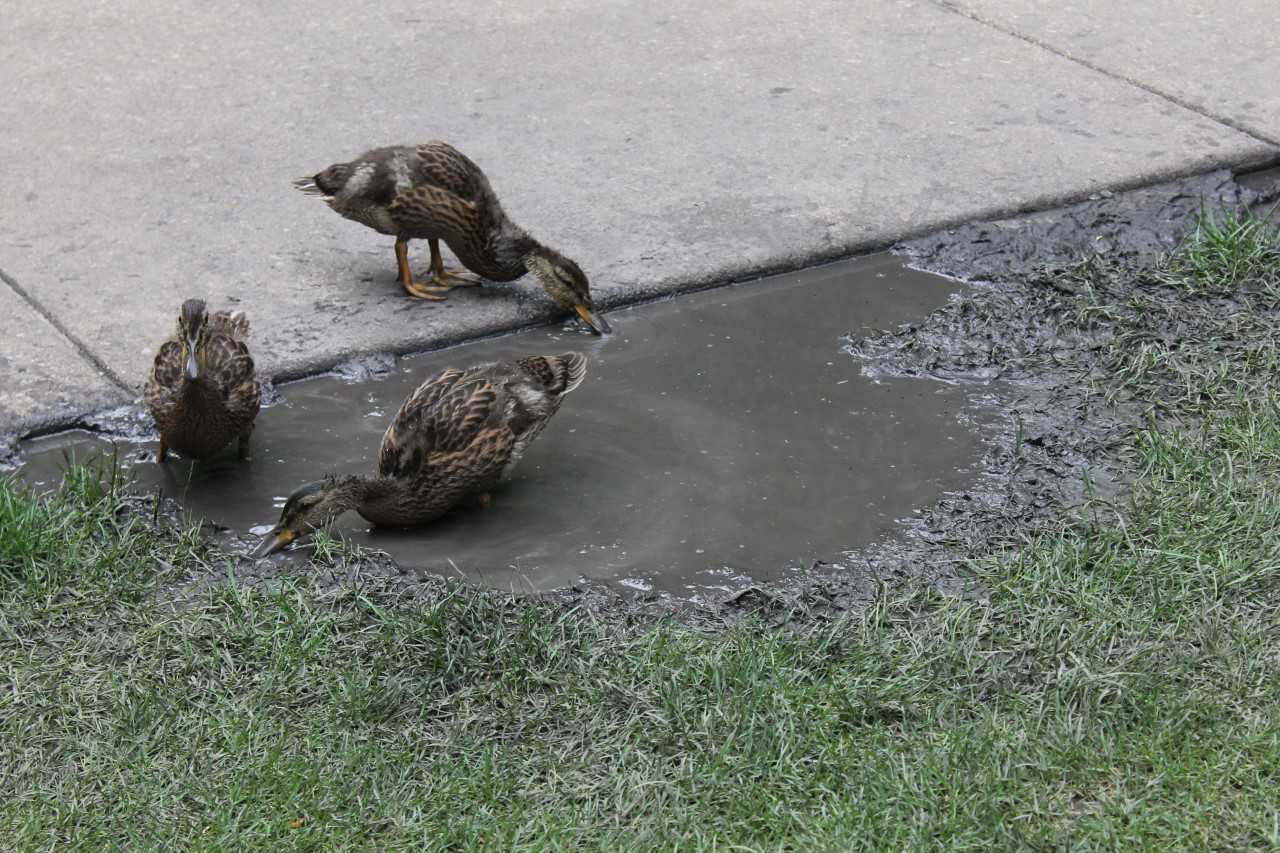 Last but certainly not least—just littlest.  Daphne’s brood remains cute and fuzzy.  They will still be cute and fuzzy when you get back, though perhaps not as tiny as they were when they first appeared at the pond on June 25th.  They are almost never on the lily pads.  They keep mostly to the beach and the duck ramp.  They do get around and explore the other parts of the pond.

I feel like they spread out more than Anna’s brood did at the same age, but perhaps it is just the fact that there are so many more ducks in the pond. 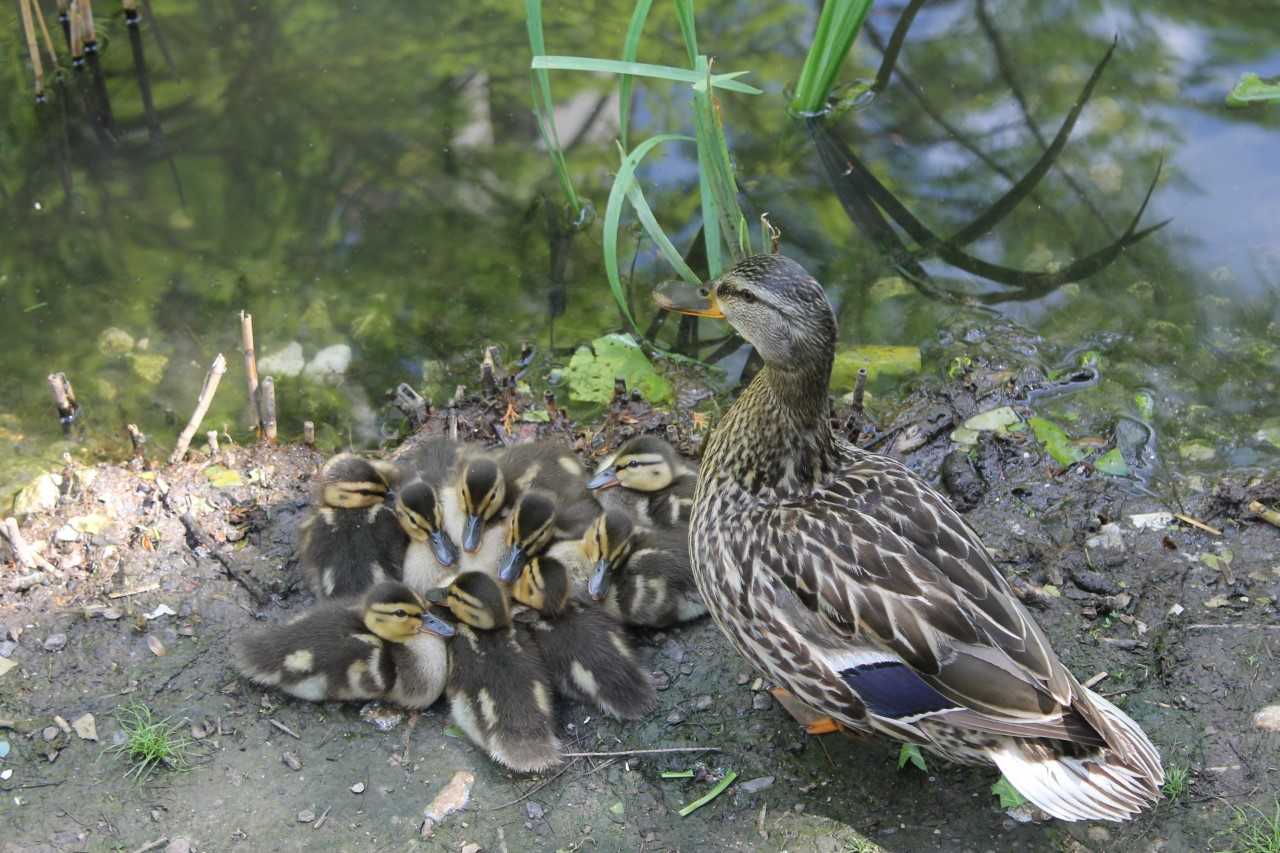 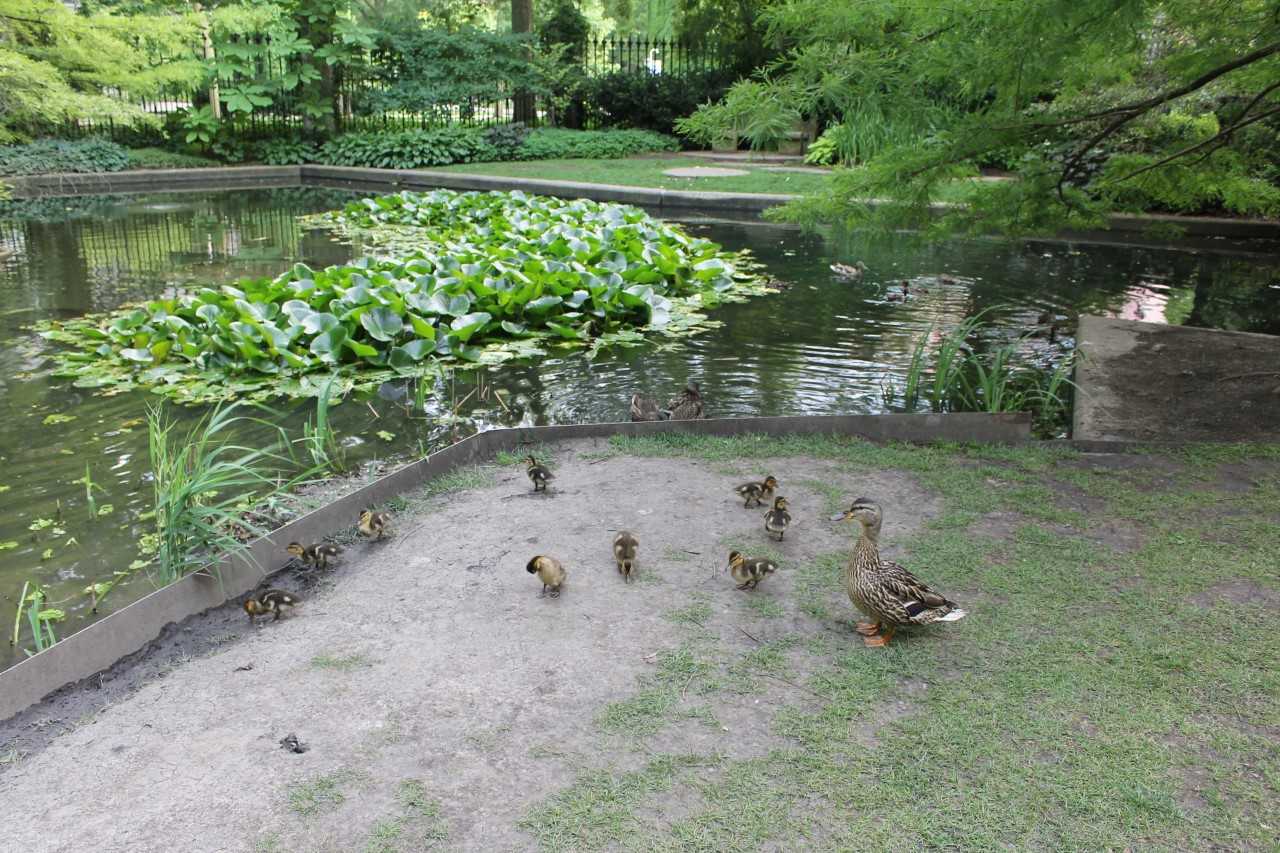 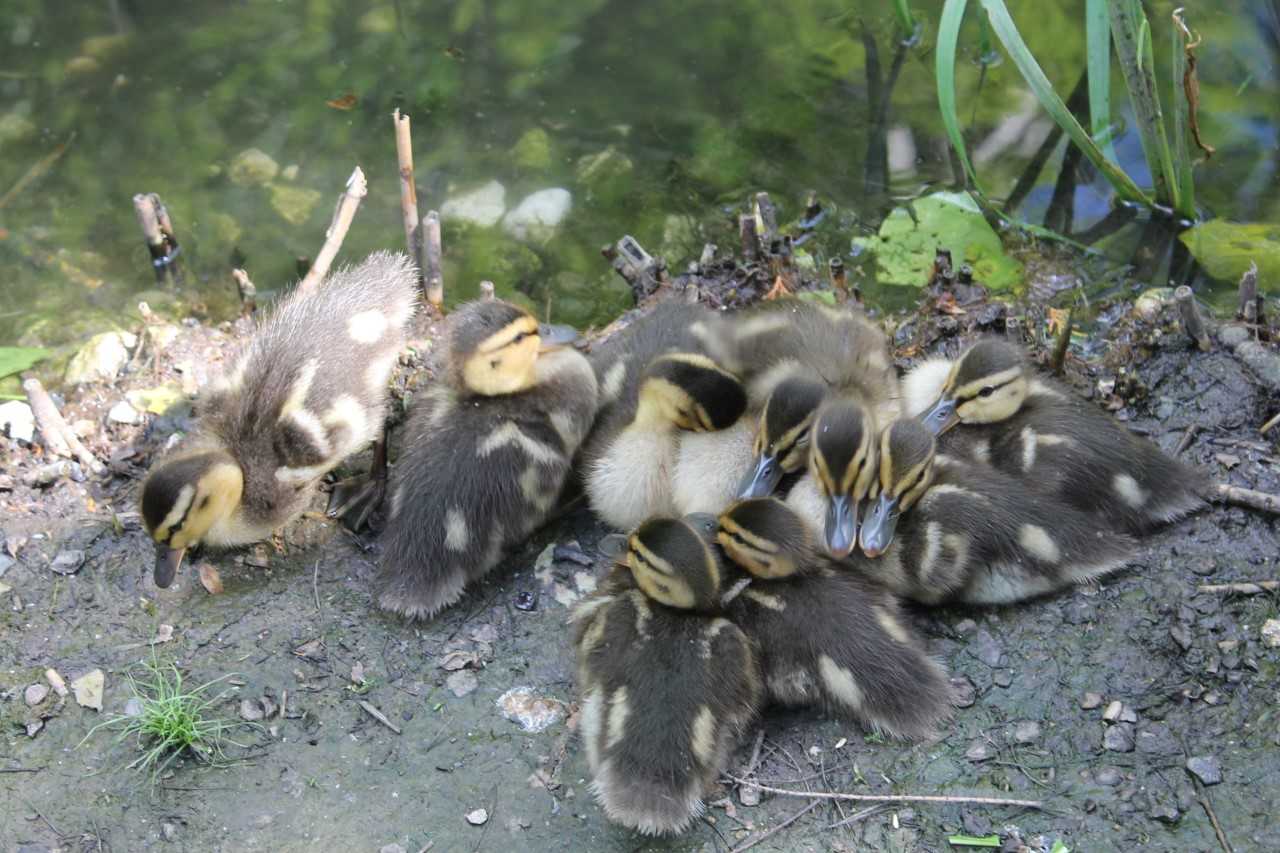 I asked the SDF if they’d provided the watermelon, and got this answer:

I don’t know where the watermelon came from. I had thought about trying it this weekend as a treat, but didn’t get any, and now I probably won’t.  Katie’s brood tried it but didn’t seem all that excited, Daphne’s brood seemed to be afraid of it, and Anna’s brood didn’t spend much time on the beach, so I don’t know their feelings on it.

One more thing, Katie’s beak is very speckled right now, I didn’t realize that the beak coloring would change during the same season.  I attach a photo where I was as close as she’d let me get. 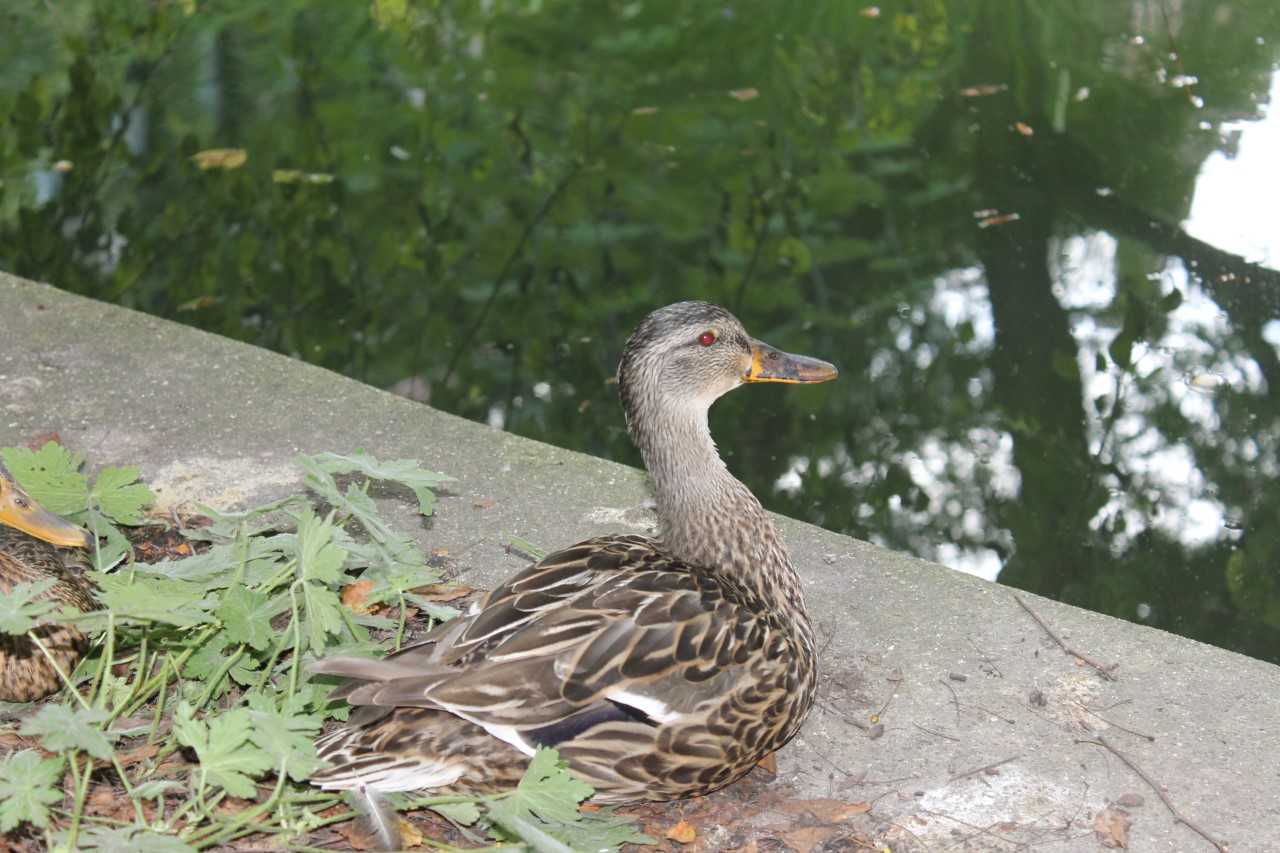