It’s Thursday, July 4, 2019: Independence Day in the U.S., and a national holiday (see below). Appropriately, it’s National Barbecue Day, so go whole hog and dig inunless you’re a vegetarian. If you’re Norwegian, today you’ll be celebrating the birthday of Queen Sonja, a day when the Norwegian State Flag is flown ubiquitously.

I’ll be celebrating today with snorkeling, as we’re now in the Kona area, home of four or five excellent snorkeling spots. So far I’ve snorkeled every day for the past two days.

A lot of stuff happened on July 4 besides the adoption of our Declaration of Independence. Here are some events:

And this is one of the most poignant and remarkable coincidences I know of:

If you haven’t seen Ken Burns’s biographical program on Johnson, by all means do. Here’s a summary of the fight, which took place in Reno in 110-degree heat (that’s 43°C)!

Here’s a video of that poignant moment with Shirley Povich recounting it (Gehrig’s ownwords are at the end). The great Iron Horse of the Yankees died on June 2, 1941.

Rube Goldberg is America’s equivalent of W. Heath Robinson (1872-1944): both cartoonists envisioned elaborate and funny devices to accomplish mundane tasks. Here’s one of each:

Goldberg (a reminder to mail a letter): 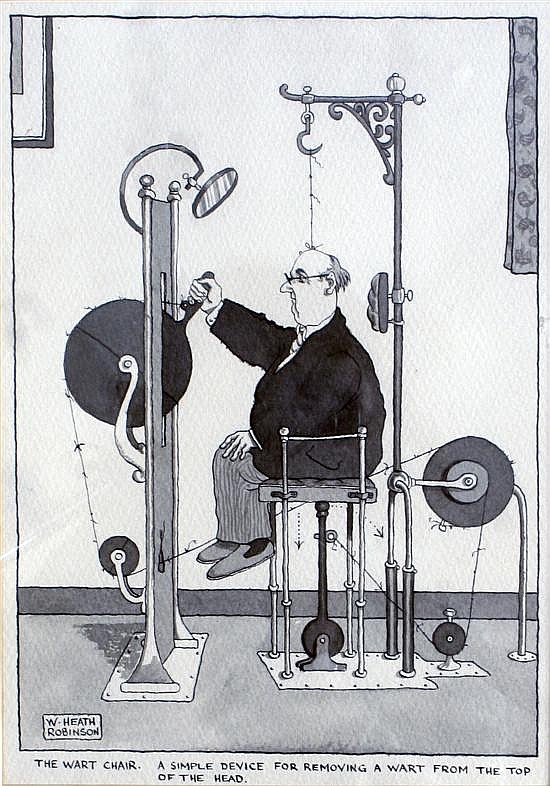 Those who passed away on July 4 include:

A: What are you thinking about?
Hili: About the Enlightenment.
A: And?
Hili: I have a feeling that it is disappearing. 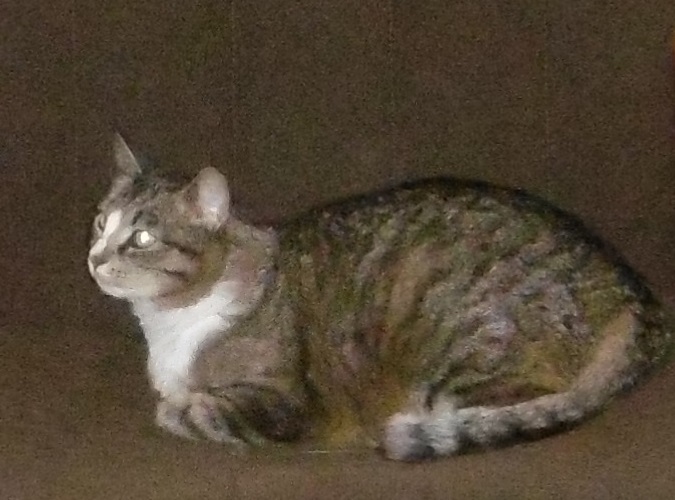 And Leon is on guard:

Leon: I’m watching the surroundings. Not a mouse will slink by.

A gif I made, just for fun, so I could watch the First Flights over and over:

Speaking of which, here’s a cartoon I’m sure I’ve posted before. My ducks are now contemplating this issue: 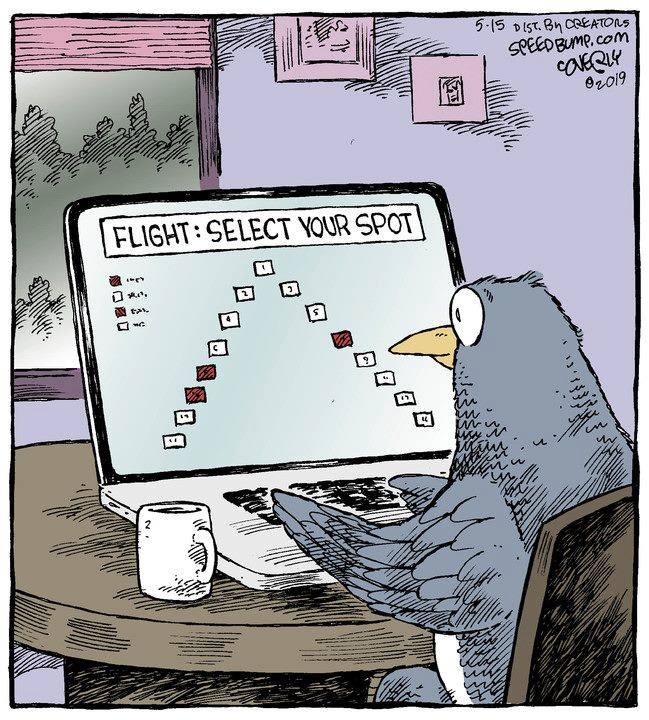 Also from Facebook, something surely Photoshopped but still nice. Bonus points if you know the song: 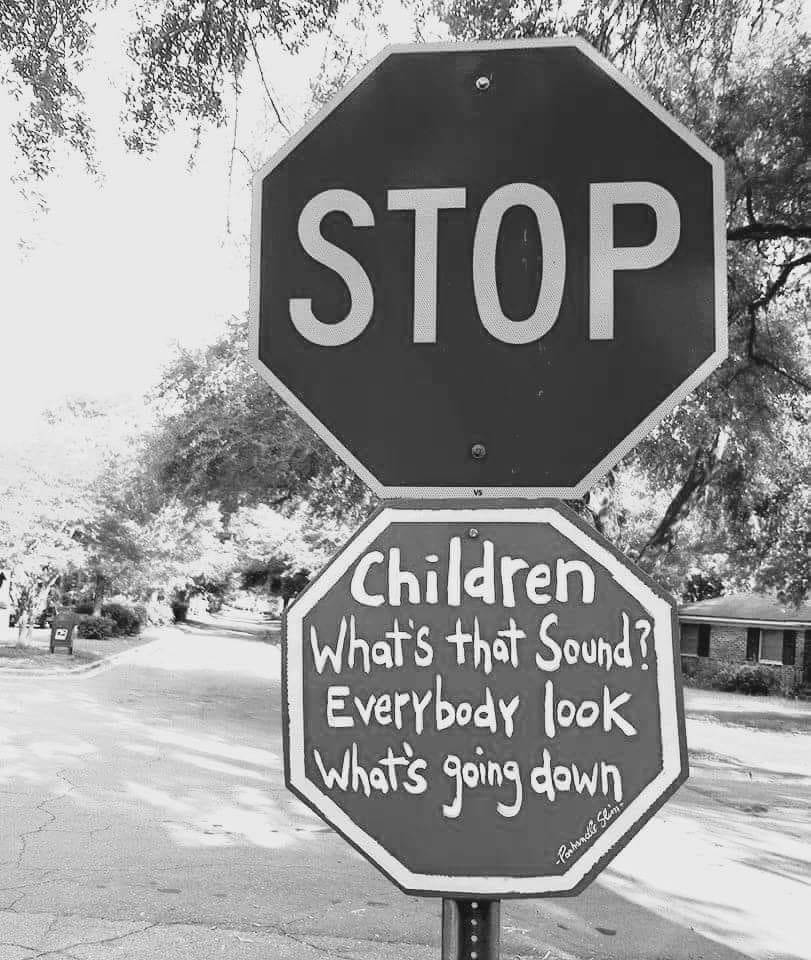 So. Y'all remember this picture, right? It's adorable, charing and all over the shop since it first appeared in June last year. Well, there's more. Thing is, the National Aquarium of New Zealand has done it, as advertised, EVERY MONTH since then and, folks, it's a ride. Strap in. pic.twitter.com/FgQ7NBpGUB

September gets violent, surpassing even Timmy's infamous push. Dora has been attacking her keepers! Especially poor Tall Matt – noone needs that workplace hostility. Oh, and Captain's back, being… I would say dull, but the capitalisation makes me wonder…
Penguin Antics 7/10 pic.twitter.com/vLiJtvVgtA

It's August, and penguin love is in the air… Mo's fall continues, as Tux takes a break from pushing Timmy off piers to make a move on one of Mo's ladies. Meanwhile Betty (good swimmer) steps in to help single mum Elmo with parenting. Just gals being pals.
Penguin Antics: 8/10 pic.twitter.com/hs4ww7wkxQ

Two tweets from Heather Hastie. Heather loves hedgehogs (that sounds like a t.v. series), but why this one is displayed with strawberries mystifies me.

Okay, I don’t know about all of this aerodynamics, but it’s interesting to attach a camera to a helicopter blade:

This clip (slowed down 8x) shows the motion of a helicopter's blade in a typical forward flight phase. You can notice the blade pitch change and the motion of the damper weights https://t.co/3DnZIJGLUG [more: https://t.co/Sv6EpOhNsi] pic.twitter.com/YX7TqY4D3c

Tweets from Matthew, who often finds capybara tweets. Well, the caption of this tweet is exaggerated (read Better Angels of Our Nature), but the cat is helpful:

Everything's terrible so here's a cat massaging a capybara pic.twitter.com/JNGvDyzt49

A mallard mom is raising her fluffy family in the mountain goat habitat pic.twitter.com/1GxSrPlsPL

I guess the ticks don’t drown when the crock immerses itself, but crikey, look at the size of those things!

And, for the Fourth of July, Matthew sent this tweet for a dish that sounds a bit, well, dicey. The “red” comes from bacon, and bacon is not red! Matthew’s email header for this tweet was “!!!!!!”

The Fourth of July is a few days away! This potato salad from @PBSFood is patriotic without any food coloring. https://t.co/pLD5Kqlyif