It’s Saturday, June 22: the second day of summer. Enjoy the first Saturday of the season. It’s National Chocolate Eclair Day, but I’m having strawberry pie. And for you allergy sufferers, stay inside, for it’s International Ragweed Day, and all ragweeds will be showing their stuff.

On this day in history we have these events:

And every secularist—indeed, every American—should know that, although the Pledge was adopted in 1942, the words “under God” were added only in 1954 in a bill signed by President Eisenhower. The words were added after a campaign by the Knights of Columbus (a Catholic organization) and a Presbyterian minister to help distinguish the U.S. from our “atheistic” Cold War enemies:

Shilton came out of his goal to punch the ball clear. Maradona, despite being 8 inches (20 cm) shorter than the 6-foot-1 (1.85 m) Shilton, reached it first with his outside left hand. The ball bounced into the goal. Referee Ali Bin Nasser of Tunisia said he did not see the infringement and allowed the goal.

Maradona later said, “I was waiting for my teammates to embrace me, and no one came… I told them, ‘Come hug me, or the referee isn’t going to allow it.'”

Those who expired on June 22 include these people:

I’m a huge fan of Fred Astaire, and once had a Fred Astaire Week in which I posted his greatest dance numbers. Most of them are included in the “top ten” summary video below:

Meanwhile in Dobrzyn, Andrzej and Hili ponder the uncertainty of life:

Hili: There are certain moments when you don’t know what’s next.
A: I know it all too well. 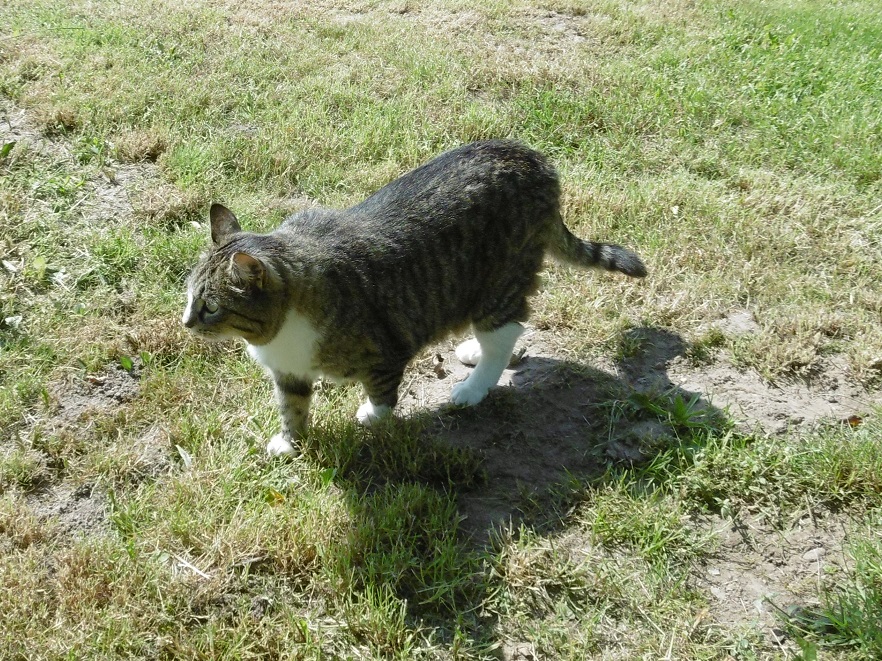 Digging down in my “tweets” inbox, I found a bunch of old tweets from Grania which I thought I’d lost. She may have posted them herself when I was gone, but I prefer to put them here in memoriam, and in her honor. We’ll feature them over the next week or so. She liked to send me tweets that featured cats and politics. Here’s one of each:

Classic Grania: she wrote this about this tweet, “So, too young to choose to have an abortion, but old enough to raise a child.”

I found this tweet myself. Warning: a macaque being swallowed by a Komodo dragon. For more information, go here, and for the full one-minute video go here.

Heather says this about the following: “This is cute, and funny, and strange, and a whole lot more besides …” It is of course up against a glass door:

Tweets from Matthew. Two strikes in one!

I wish I had a cat that ate bananas, but maybe not animated ones:

Someone with a locked account sent this and so I found it to RT because I had to. pic.twitter.com/fciknKVlWb

"Here lies Leburna, a master mime artist, who lived more or less a hundred years. He died on stage many times but never quite like this."

Before I saw the photo, I thought this was a misspelling of “Stonehenge,” but no, it’s a stone hinge. I wonder if it works.

My pal Neil Bailey has built a massive stone hinge, for no other reason than he is brilliant. pic.twitter.com/9kdR7BTQx0