I have the pleasure of reporting that we still have 18 ducklings in the pond, and the two broods are pretty much leaving each other alone. The trick is to feed them when they’re widely separated, so that Katie doesn’t see the new mom—I think she’ll be named Anna—being fed. (There’s only conflict at feeding time.) And so I spend mealtimes running between two broods at each side of the pond, trying to give the older brood a sufficient amount of food that they don’t gobble it up immediately and start looking around for more.

So far, so good. The new ducklings are still tiny, and spend most of their time in the water because they’re too small to leap up over the pond’s edge. (I did find them all on the bank this morning.) And both broods come to me when I whistle, which is a bit dangerous since they might encounter each other.

I have lots of duckling pictures, but here’s a teaser. I found that the little ones, since they spend so much time in the water, sleep while floating, though I don’t know whether, like the adults, they sleep with one eye open. Here’s a tired duckling having a snooze this morning, eyes closed and bill tucked into its side. Anna, of course, was watching over them all. 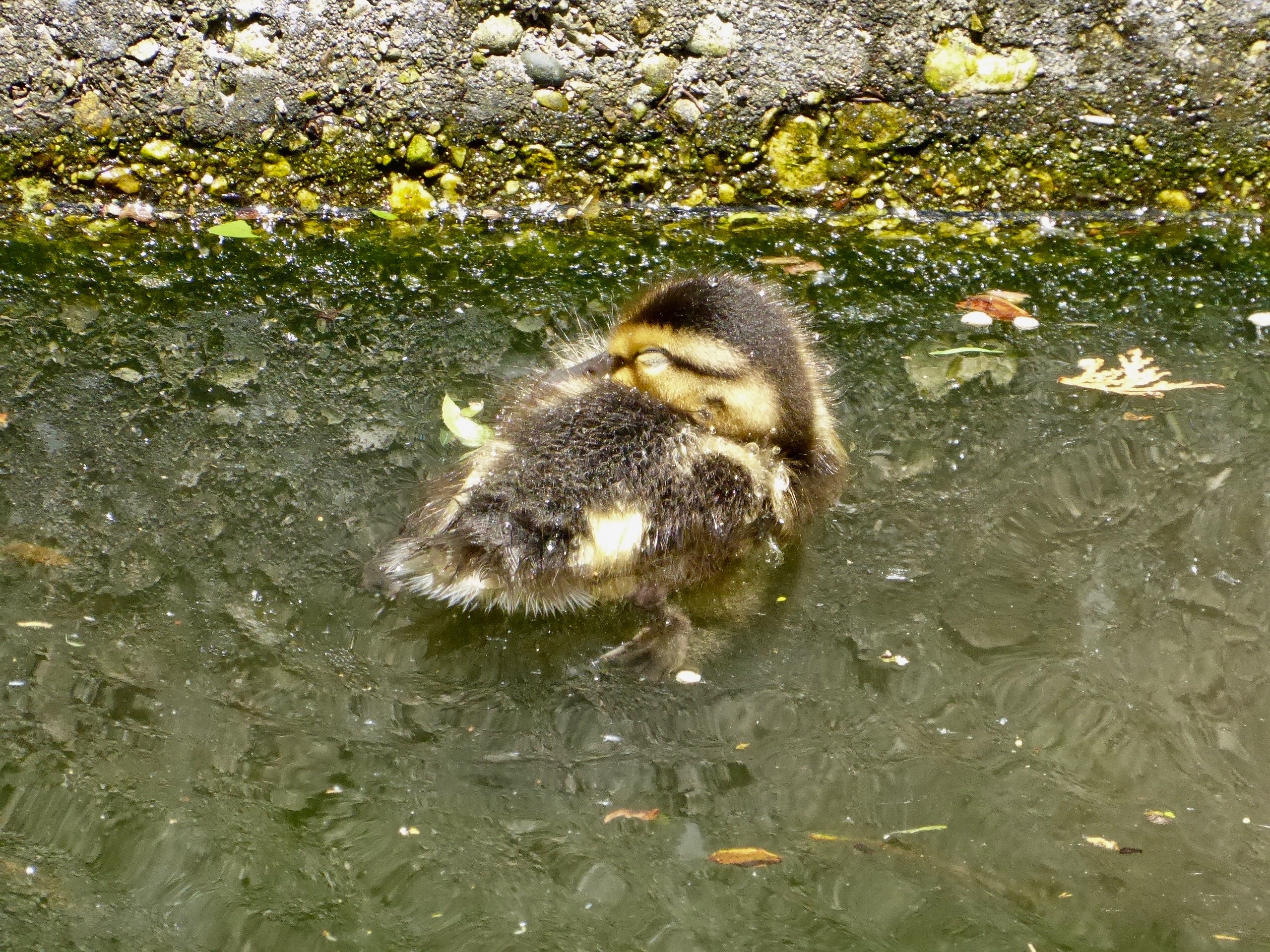