This cat, Yoda, was born eleven years ago, but has recently reappeared on the Twisted Sifter site. Yoda also lives in Chicago, so I might be able to see him! From the Torygraph:

The feline, named Yoda, has two extra “flaps” behind his normal ears, but is otherwise in good health and appears to have perfect hearing.

His owners, who picked him out from a litter of eight-week-old kittens being handed around in a bar, say that local vets were mystified when they took him for a check-up.

“We began to realise that we had something very special,” said Valerie Rock, 65.

“As a result, he has been an indoor cat and has a chip installed in case he gets lost,” she added.

“Yoda is so different that we were concerned that he might be catnapped.”

Valerie and her husband Ted, from Chicago, Illinois named the cat Yoda after hearing that the Star Wars character was based on George Lucas’s cat.

“People do a double take when they see him or his picture. It is great fun showing him off,” Mrs Rock said.

Yoda is kept indoors lest he be catnapped for his rarity.

Yoda’s extra ‘flaps’ are separate to the base of his skull, with one placed slightly behind the other.

Yet despite his unusual looks, Valerie is sure Yoda’s behaviour – and hearing – are  quite normal.

‘Yoda’s hearing is normal as far as we know,’ says Valerie. ‘People do a double take when they see him or his picture. It is great fun showing him off. 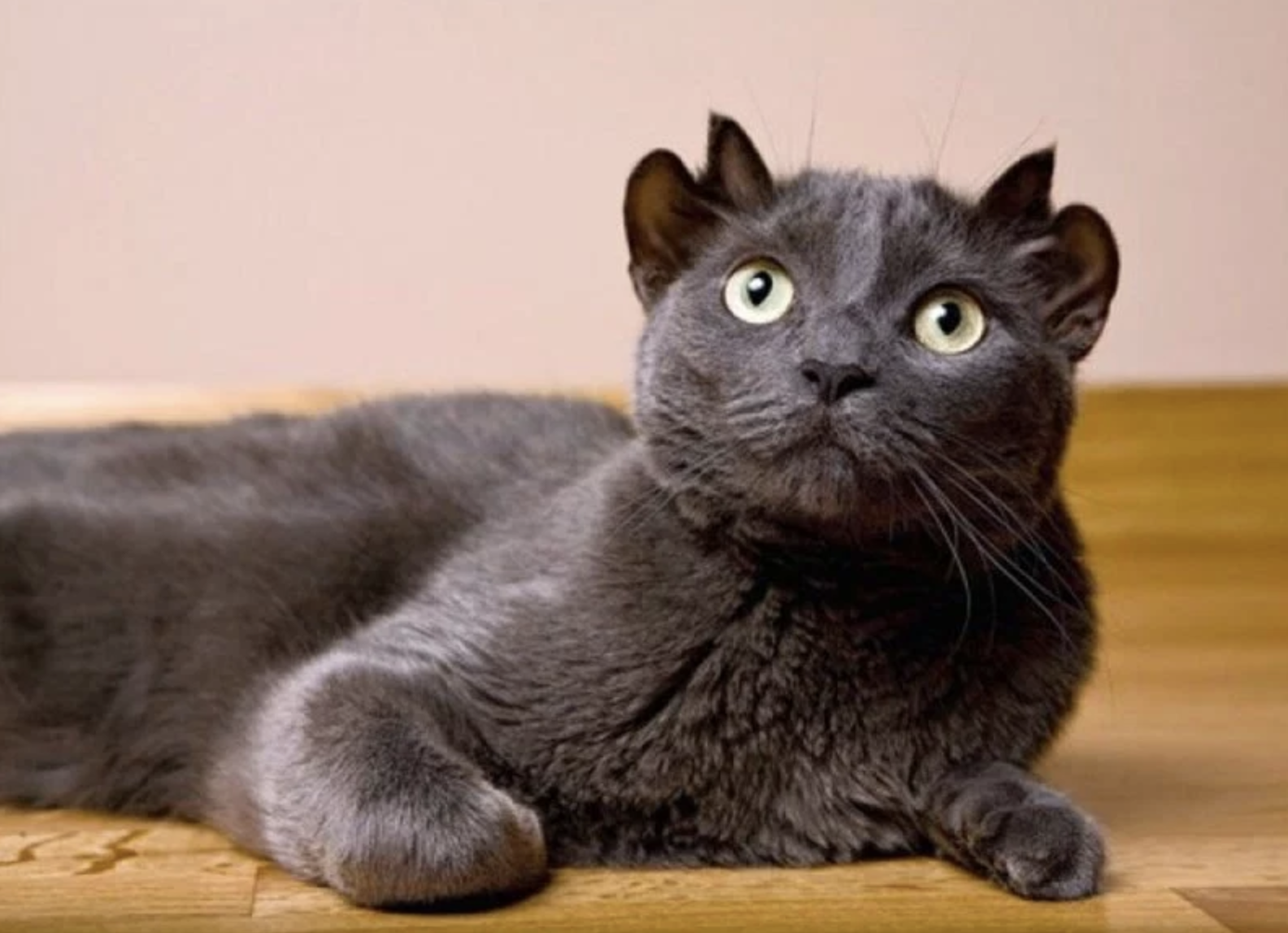 The Torygraph also implies that this condition is a mutation, but that would imply that this is not just a developmental issue, but one caused by a gene that could be passed on. If that were the case, they could breed a race of four-eared cats from Yoda, and I’m sure many people would be delighted to have one.

Yoda’s extra ears – which are not thought to help him hear – are not attached to the base of his skull, with one placed slightly behind the other. They are believed to be the result of a genetic mutation.

Multi-eared cats are rare, but not unheard of. In 2004, a six-month-old cat with two extra ears was put up for adoption at an animal shelter in Germany, and in the same year Russian media reported that a kitten had been born with seven ears.

Yoda and his staff: 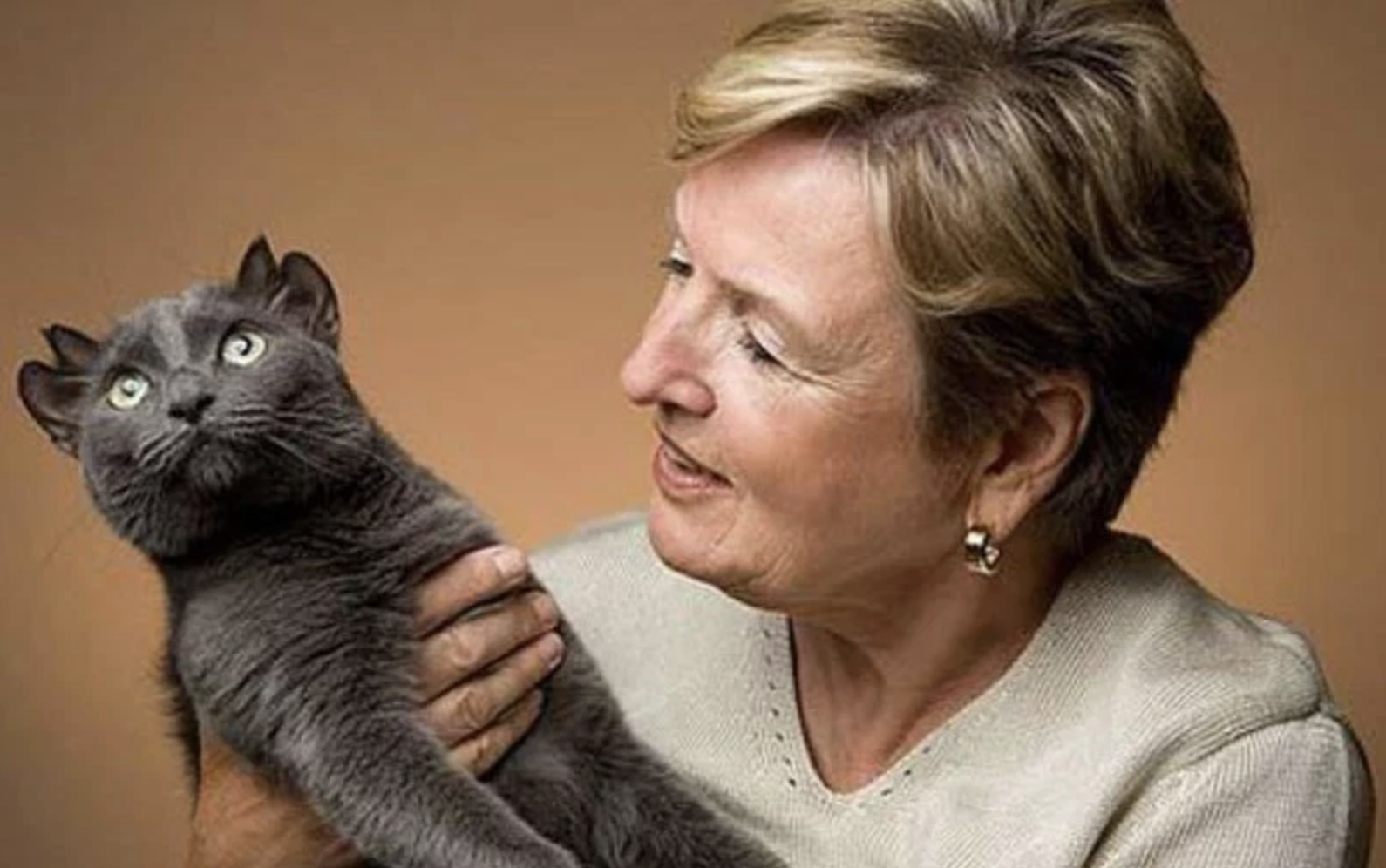 From Science we have a summary of what happened when researchers strapped cameras to 16 cats. The original paper is at the screenshot below (free access), which reports “ethograms” (frequency of different behaviors) engaged in by the cats during 5 30-minute videos for each moggie. Here’s a photo of the setup: 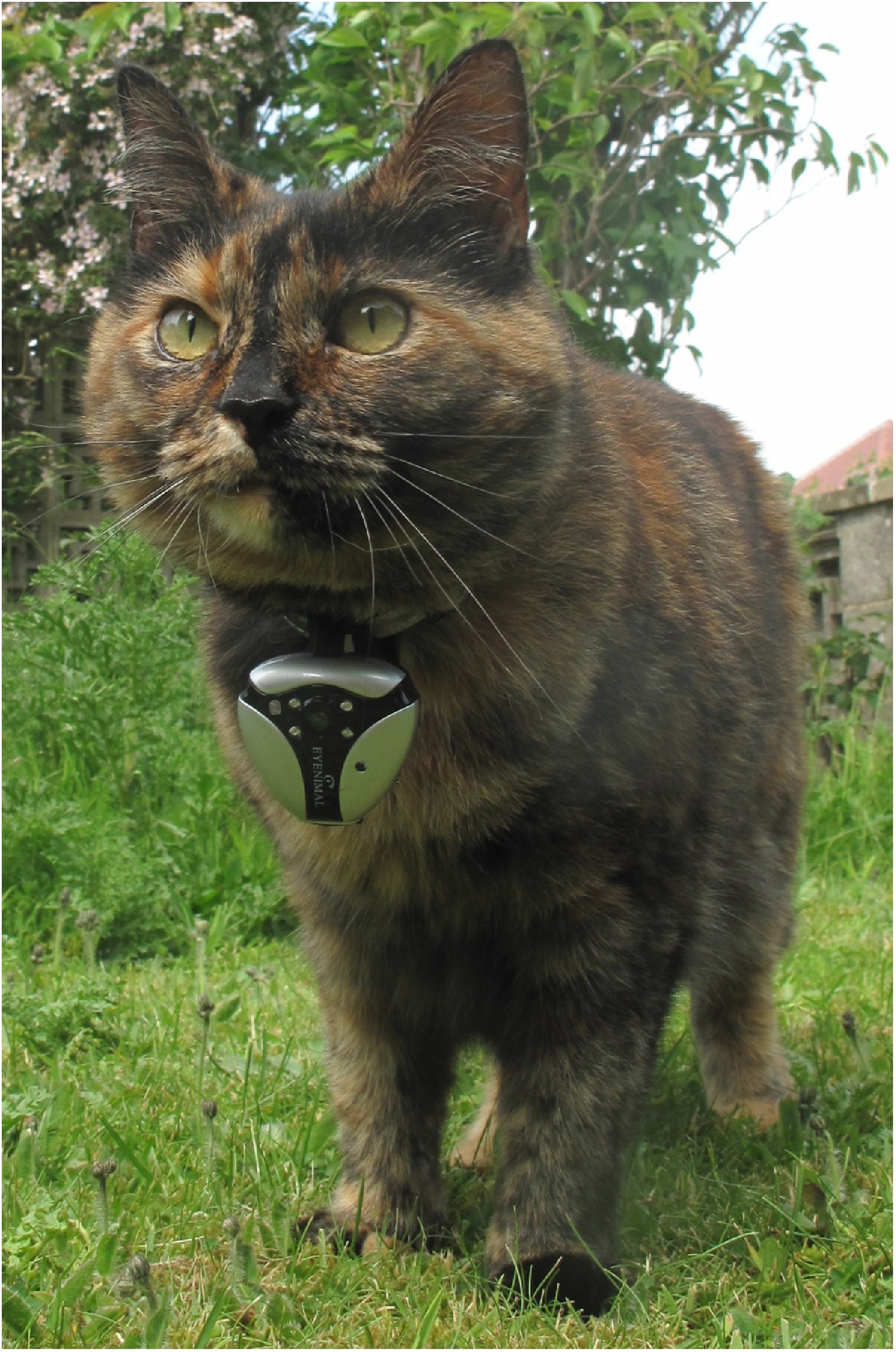 And a video summary of the behaviors and what they looked like on the CatCam:

And from the Guardian we have this annoying report about the Caterpillar tractor company SUING a coffee shop in Santa Cruz, California called “Cat & Cloud Coffee“.  The issue: trademark infringement.  Caterpillar tractors think they get the rights to the use of the word “Cat”: 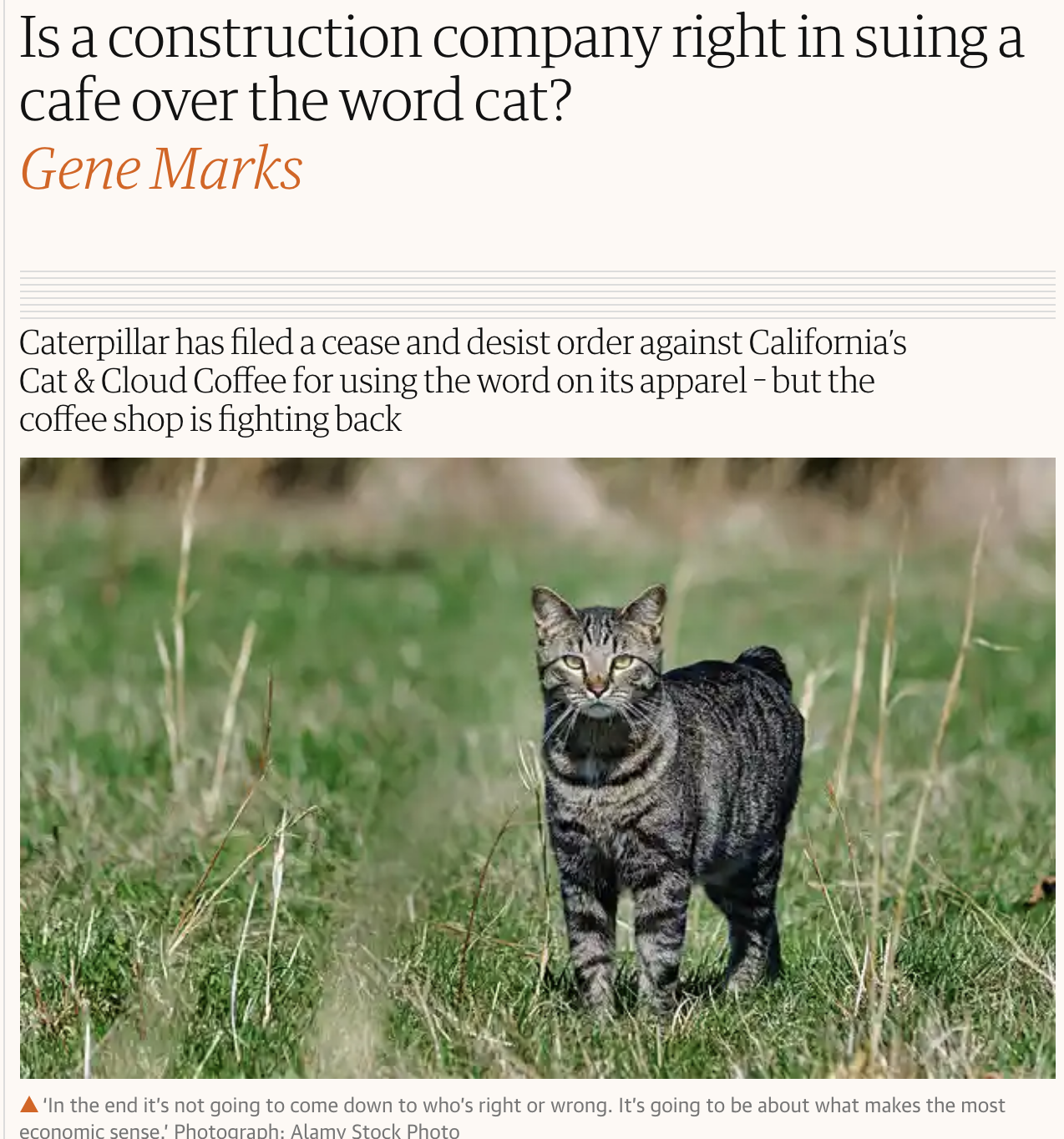 “We are not suing Cat & Cloud, not targeting a small business and not focused on Cat & Cloud’s primary interest: coffee,” Caterpillar said in a statement. “We’ve simply asked the US Trademark Office to remove Cat & Cloud’s trademark registration on footwear and apparel only, products for which Caterpillar has longstanding trademarks and a considerable business. We hope to resolve this issue quickly.”

Now go ahead, check me on this – I looked all over Cat & Cloud Coffee’s website and the apparel it’s selling and I’m not seeing any connection between this small business and Caterpillar other than the use of the word Cat. . . . this little coffee shop is being attacked by another because they’re using the word Cat? Cat? Am I missing something?

If I am, then so are others. “I don’t think anyone correlates the Caterpillar company with their big yellow massive trucks with a small cafe,” one customer told a local news station. “I don’t think I would ever confuse the two of them. It doesn’t make sense to me,” said another.

The owners of Cat & Cloud Coffee are, of course, frustrated and upset. But they’re doing the right things. They’re fighting. They’re taking the case to social media. They have a petition going that already has thousands of signatures. They’re getting media exposure – like this column – to make their case more known.

I signed the Change.org petition at the link, and maybe you can, too. I’m not a lawyer, so I’m not sure about whether “Cat and Cloud” can somehow be prohibited by a giant corporation. But they should lay off the coffee shop!