Reader Glenn Butler sent photos and videos of an osprey rescue in Virginia Beach, Virginia, in which Glenn participated. The bird had become entangled in fishing line and then in a tree. Glenn’s notes are indented:

At ten o’clock Memorial Day morning, we received an emergency text from an experienced wildlife rehabilitator regarding a stranded osprey (Pandion haliaetus). The hapless raptor was reportedly hanging from a sweetgum tree over a lake, baking under full exposure in midday heat. No one knew how long he had been trapped, but at least since six o’clock the previous evening and probably longer.

Once we located the bird, we saw his body waving in the wind, appearing as limp and lifeless as an abandoned kite. For an anxious few minutes we tried playing osprey alarm calls and strained to see any movement. Sadly we saw nothing. The tree ensnaring the poor creature was densely covered in poison ivy, and after believing the bird to be dead, we decided to abandon the rescue.

While packing to leave, other volunteers approached from the lakeside by pontoon and saw slight movement. Scott Beecher, an expert arborist and tree climber quickly set a climbing line, ascended the tree, and devised a strategy for bringing the bird down with a rigging line. His willingness to brave an almost impenetrable wall of poison ivy without sleeves surely helped give this magnificent osprey a second chance. Please read the newspaper article [link below] for more details. The osprey is currently in raptor rehab, and we hope to share a video of a successful release in a few days.

First, a photo from The Virginian-Pilot in the article about the rescue (this photo was by Rudy Carrera). 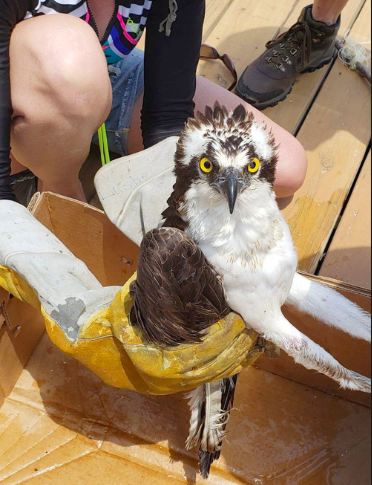 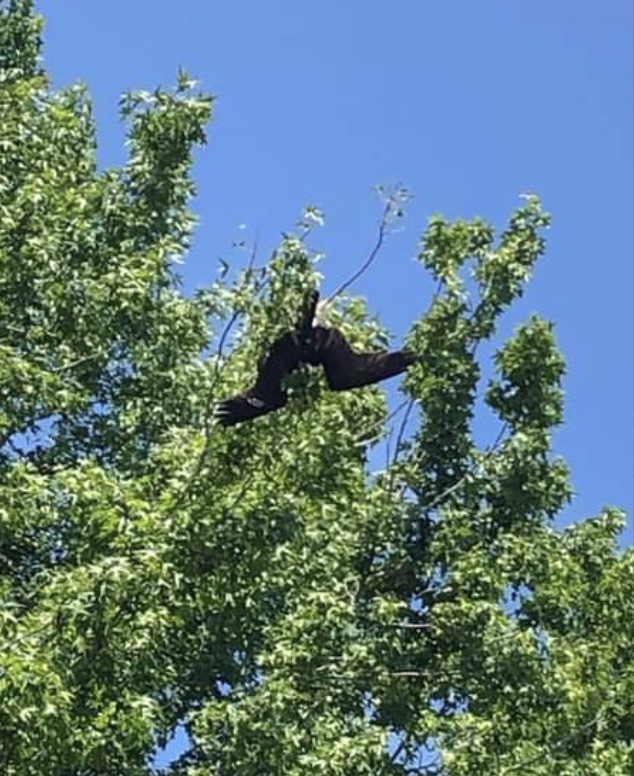 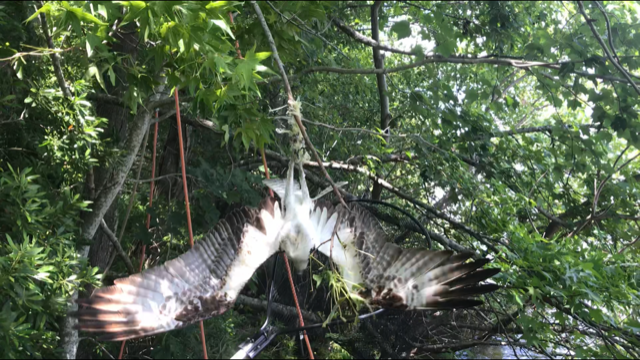 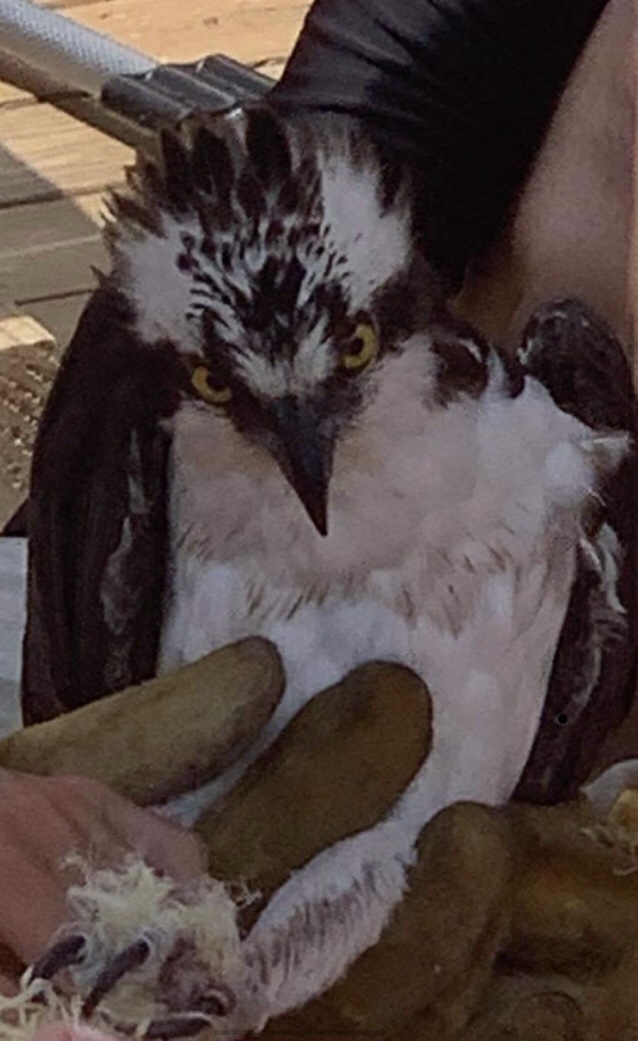 And the rescue video made by Glenn. Kudos to him and his fellow rescuers!