This was just reported, and you can see a scanty report at the BBC. It looks quite serious: 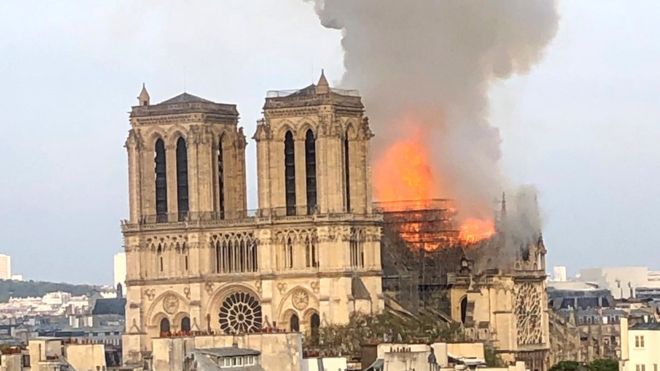 The cause of the blaze was not immediately clear, but officials say that it could be linked to renovation work.

Images on social media show plumes of smoke billowing into the air above the 850-year-old Gothic building.

Last year, the Catholic Church in France launched an urgent appeal for funds to save the cathedral, which was starting to crumble.

A major operation is under way to tackle the blaze, which broke out on Monday afternoon, and an area surrounding the building in central Paris has been cleared, officials said.

I’ve spent many hours in the lovely building, and even went to Christmas Mass one year, just to see the celebrations and smell the incense. It looks like it’s mostly the roof that will be damaged, but you can be sure that French firefighters will do their very best to stop the blaze, for this is one of the world’s great religious sites and of course a major tourist draw to Paris.

41 thoughts on “Paris’s Notre Dame Cathedral is on fire”