Good morning! I hope you’re having a great weekend.

In honor of Descartes, here is Monty Python.

In Poland Hili has a new angle on Plato’s Cave. Take that, C.S. Lewis.

Hili: I’m proud of my shadow.
A: Why?
Hili: It’s always in a good company. 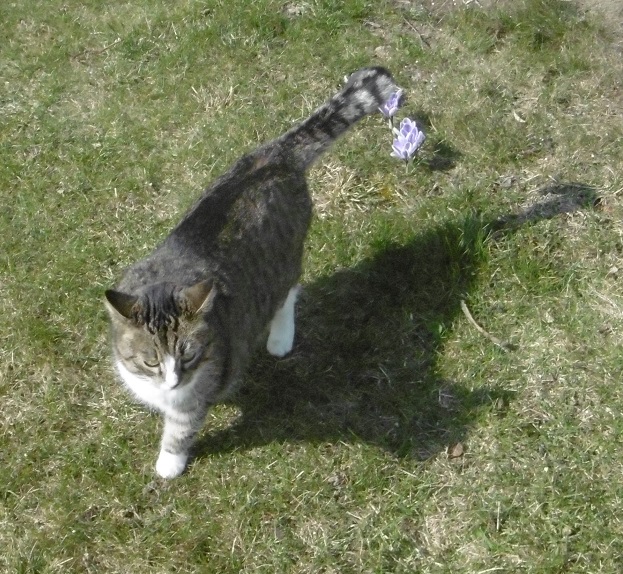 It’s not Mother’s Day everywhere in the world, but if it is, have a good one.

💐Happy #MothersDay to all of you wonderful Mummies out there… including our fabulous mandarin duck mama who raised 14 little duckings which ALL fledged successfully back in #Springwatch 2018! 🦆🦆🦆🦆🦆🦆🦆🦆🦆🦆🦆🦆🦆🦆 pic.twitter.com/dRugQl4h4v

Locusts have strong hind legs that they use for jumping… mostly

DO NOT MESS WITH THIS CAT! pic.twitter.com/oGHA8Z6I6T

There’s always someone who doesn’t appreciate you.

This woman pulled off one of the best political photobombs ever pic.twitter.com/pbKp1dbQZY

It’s 4am. You are on the way to the 24 hour garage for some Rizlas and two tins of Lilt. The rozzers stop you. Your mate has had loads of whizz but you are peaking on a Purple Ohm.
pic.twitter.com/QxCQGUJQmH

Mimetics. This is actually a spider that looks like an ant.

AI is learning, even if at times it resembles a legless drunk.

If this isn’t a metaphor for grad school, I don’t know what is. pic.twitter.com/9Qm3W72Blt

And it’s going to be replacing humans soon.

The end of an asteroid

Check yourself before you wreck yourself! This @NASAHubble image reveals the gradual self-destruction of an asteroid, whose ejected dusty material has formed two comet-like tails. The longer tail stretches more than 500K miles and is roughly 3K miles wide: https://t.co/IXVGlOboze pic.twitter.com/BbFxvtP1yC

Anyone know what kinda caterpillar this is? pic.twitter.com/sEewbmd0KP

How a coral (Acanthastrea) viciously devours a shrimp, that it has been fed https://t.co/csi39xHfdF pic.twitter.com/Dkaet1Y9t1

I love following pianists on Twitter, because you wake up to this in the mornings

My son just texted this to me, and I’m furious —FURIOUS — I never thought of it. pic.twitter.com/NMDragVqSV

Enjoy the rest of the weekend.