My Ph.D. adviser, Dick Lewontin, turned 90 yesterday, as Grania noted in the Hili Dialogue. I couldn’t be there to fete him, but my friend Andrew Berry at Harvard went over to the facility in Cambridge where Dick lives with his beloved wife Mary Jane. Andrew carried some written wishes from Dick’s students and postdocs, and I reminded him to take a picture (below). Andrew’s report.

Dick was in a happily self-deprecating state of denial about turning 90, and appreciated receiving your messages (which I printed out to give him hard copy). It’s alway great to see them.

And here is the man we always called “The Boss”. He’s the smartest scientist I’ve ever met (yes, I know I haven’t met everyone), and the one who gets my All Around Excellence award for the high quality of his written prose, his talks, and his work. I don’t have many heroes in science, but he’s one.

Long may he run. 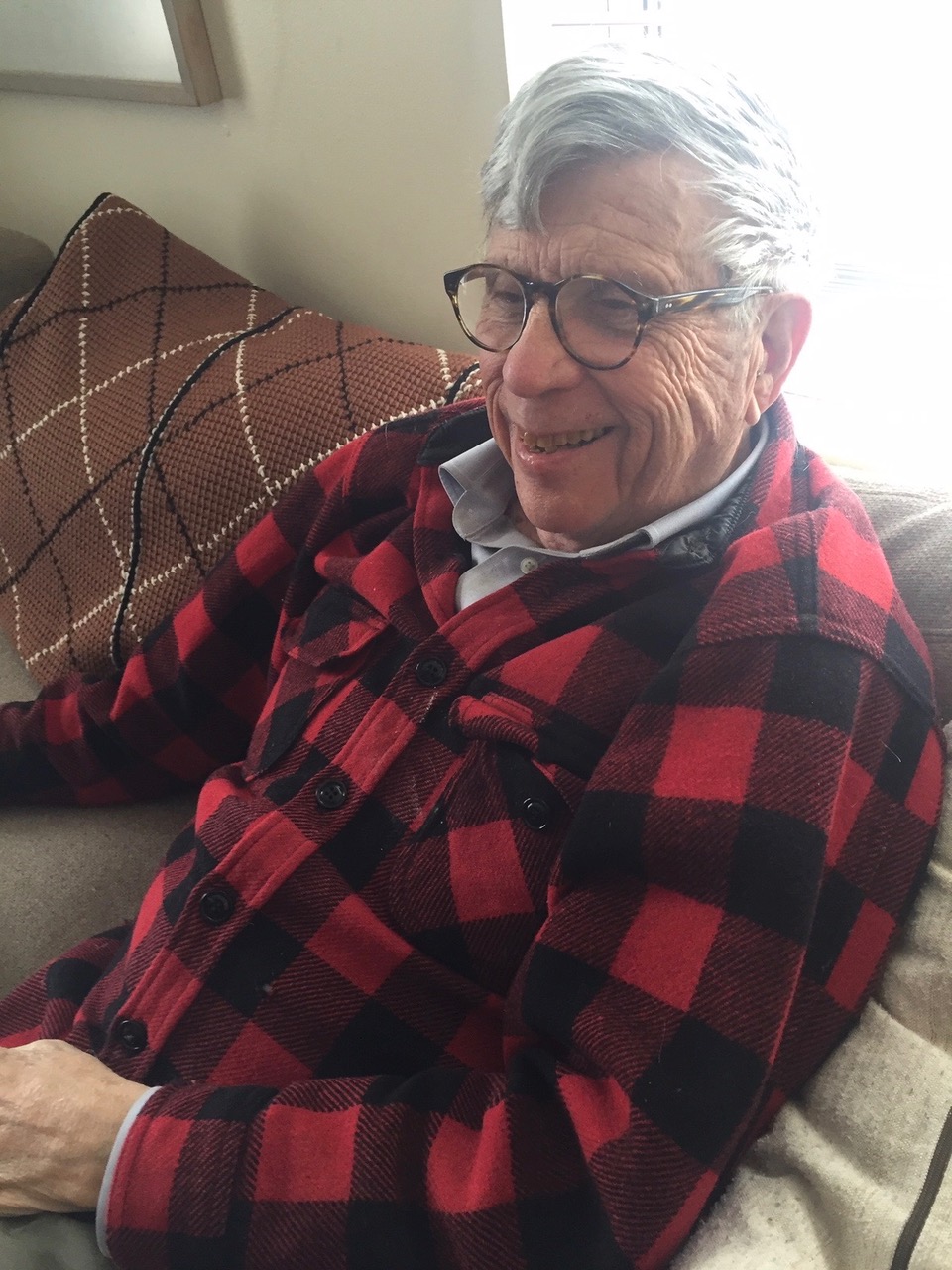 Addendum by Greg Mayer. My Ph.D. adviser was E.E. Williams, but because EEW was retired, my official Ph.D. adviser was Dick.  On a trip to Cambridge in January, 2017, Steve Orzack (another of Dick’s students) and I had lunch with Dick at the Town Diner in Watertown, Mass.; Steve took a picture of me and Dick outside the diner. 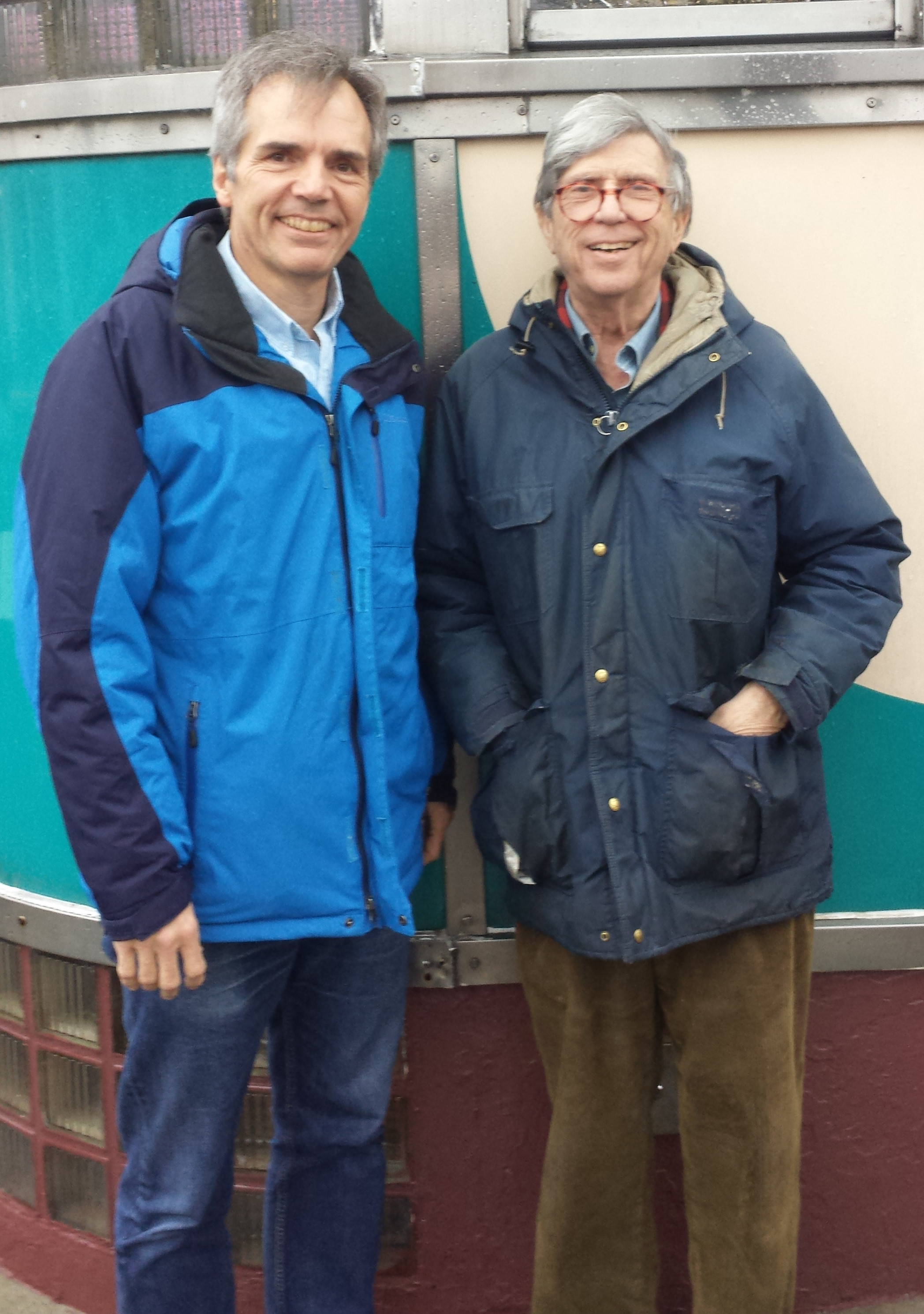 I’ve said before here at WEIT that Dick is the smartest guy I have ever met; I’ve also noted that Dick is very consistent in what he wears. It is not uncommon for scientists to limit their clothing choices, as a way of eliminating distraction– they’re dedicated to what’s truly important. Take a careful look at the two photos– Dick is wearing a blue work shirt, and the same red plaid lumberman’s jacket, in both! Happy Birthday, Dick!