Here’s yesterday’s “latest news” from HuffPo. I emphasize again that I read the site not for pleasure (it’s like going to the dentist), but to keep up with what “woke” opinion is saying. I also read the Daily Wire for right-wing takes, and sometimes look at Breitbart, though I can’t stay there long lest I get ill. I also look at Slate and Salon, which fatigue me, Everyday Feminism (for the Woke Woman), The College Fix for a right-wing take on campus shenanigans that the Left won’t cover, and, of course, the New York Times. I don’t know if that’s a balanced scan of the news, but I don’t have time to do much else. I stopped my subscription to The New Yorker after David Remnick became an invertebrate, and in the evening I read books.

Increasingly HuffPost, which I hate with the heat of a thousand suns, is pretending that ads are “news”. Here’s what I found yesterday. 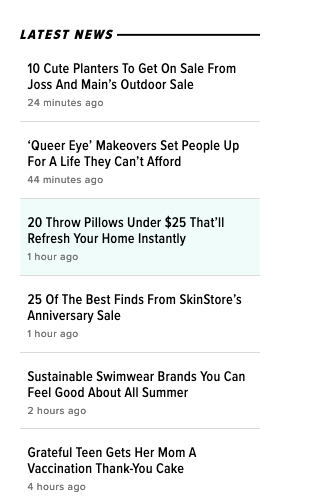 Four of the six “news items” were actually ads from which HuffPo profited, with a teeny little note in each item:

Call me old fashioned, but I see that as duplicitous, especially because they put these ads under “latest news.”

I couldn’t stand it any more, God help me (he won’t), and against my better judgment I commented. Someone even supported me! 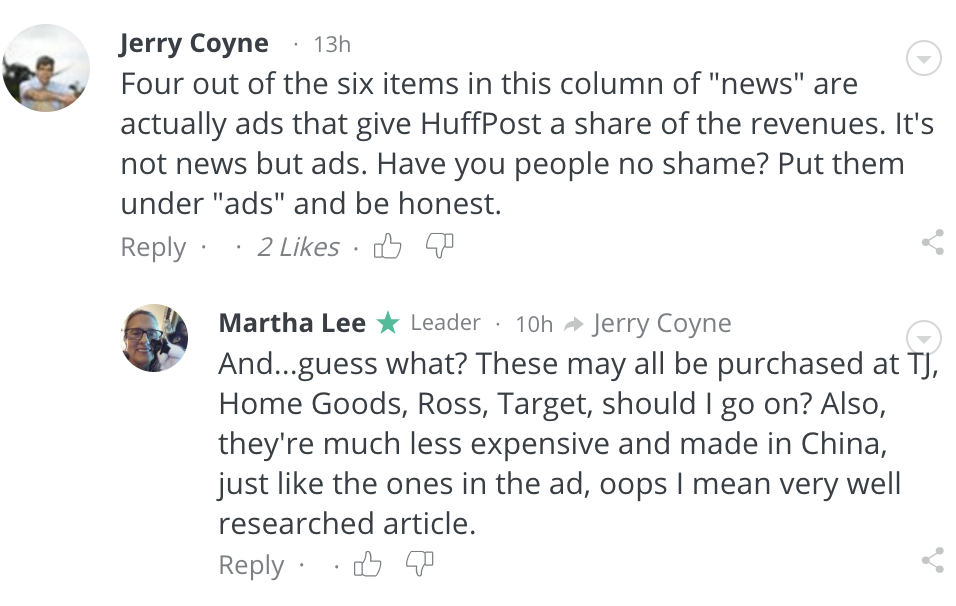 However, given HuffPo’s traffic lately, it may not be around much longer, and I won’t mourn it (I guess there’s only so long readers can sustain multifarious outrage). But what can I replace it with? Salon?