When I was lecturing in India a bit more than a year ago, I heard repeated complaints from scientists (in five cities) about how the Modi government and its Hindu-centric BJP Party was destroying Indian science. As was reported by the BBC in January (and in the article below from Science), some Indian scientists are beginning to claim that ancient Indians had stem-cell technology, airplanes, the internet, and so on (this is reminiscent of the “Afrocentrism” rife a while back, which claimed the same thing about ancient Africans).

The BBC reports that some Indian scientists attacked Einstein’s work at India’s most important science conference:

But experts said remarks at this year’s summit were especially ludicrous.

The 106th Indian Science Congress, which was inaugurated by Prime Minister Narendra Modi, runs from 3-7 January.

The head of a southern Indian university cited an old Hindu text as proof that stem cell research was discovered in India thousands of years ago.

Another scientist from a university in the southern state of Tamil Nadu told conference attendees that Isaac Newton and Albert Einstein were both wrong and that gravitational waves should be renamed “Narendra Modi Waves”. [JAC: Modi is India’s Prime Minister.]

All over India, institutes are being set up to show that the products of the cow (milk, urine, dung, and so on) are “miracle cures”, which of course buttresses the Hindu view of cows as sacred. And even Prime Minister Modi himself got into the act, as the article below reports: 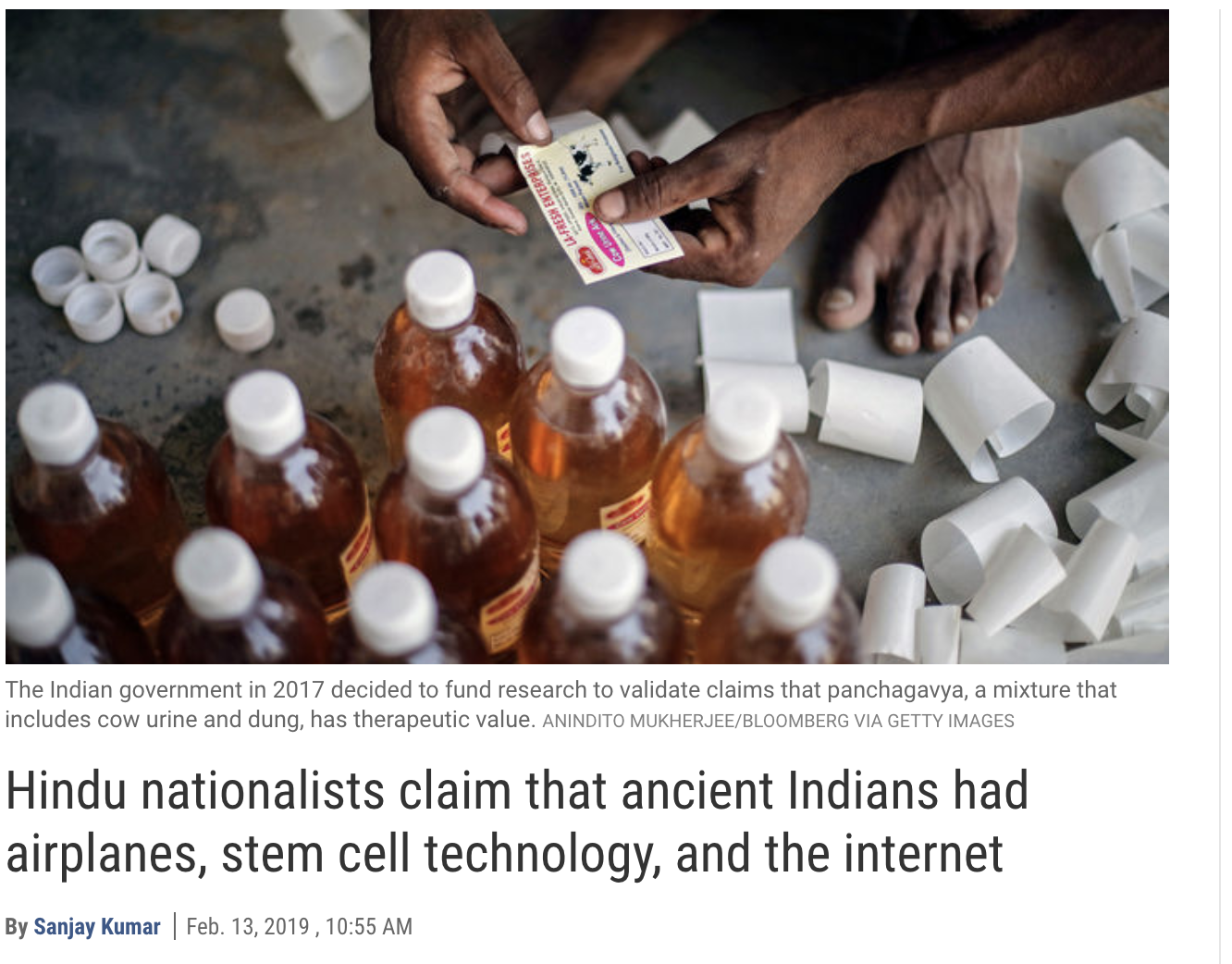 . . . others say there is little doubt that pseudoscience is on the rise—even at the highest levels of government. Modi, who was an RSS pracharak, or propagandist, for 12 years, claimed in 2014 that the transplantation of the elephant head of the god Ganesha to a human—a tale told in ancient epics—was a great achievement of Indian surgery millennia ago, and has made claims about stem cells similar to Rao’s.

(The RSS is the Rashtriya Swayamsevak Sangh, a right-wing Hindu nationalist movement.)

Yep, a great achievement of Indian surgery. The Prime Minister thinks that! (Of course, maybe Trump could also get away with such nonsense . After all, a human/elephant head transplant is only a notch more ridiculous than denying anthropogenic climate change.) 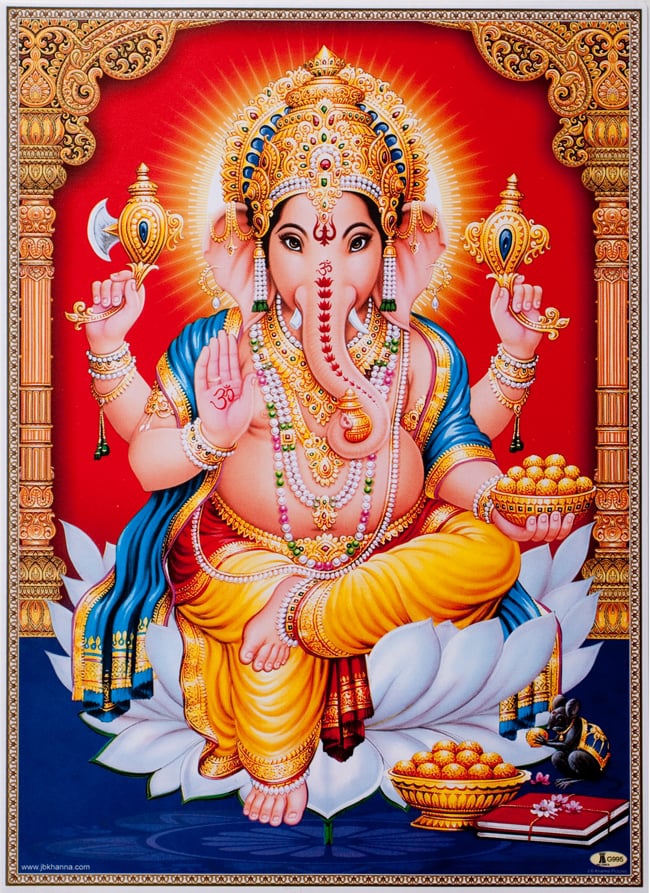 And, of course, the teaching of evolution is endangered, since many Indians don’t buy it, as it’s not in Hindu scripture (see here for my earlier post on government interference with evolution education in India):

. . . in January 2018, higher education minister Satya Pal Singh dismissed Charles Darwin’s evolution theory and threatened to remove it from school and college curricula. “Nobody, including our ancestors, in written or oral [texts], has said that they ever saw an ape turning into a human being,” Singh said.

Now don’t think for a minute that most Indian scientists sign onto this madness. Everybody I met at the high-powered government-funded research institutes I visited in Bangalore (Bengalaru), Pune, Chandigarh, Delhi, and Trivandrum (Thiruvananthapuram) were upset and angry about this kind of pseudoscience; and I’m confident that, in the end, real science will prevail. But it’s swimming upstream what with Modi and the BJP in power.

The Science piece above has a lot more details, but I want to single out one paragraph at the end:

Some Indian scientists may be susceptible to nonscientific beliefs because they view science as a 9-to-5 job, says Ashok Sahni, a renowned paleontologist and emeritus professor at Panjab University in Chandigarh. “Their religious beliefs don’t dovetail with science,” he says, and outside working hours those beliefs may hold sway. A tradition of deference to teachers and older persons may also play a role, he adds. “Freedom to question authority, to question writings, that’s [an] intrinsic part of science,” Ramakrishnan adds. Rather than focusing on the past, India should focus on its scientific future, he says—and drastically hike its research funding.

These factors may play a role, but it’s odd that these reasons for the spread of pseudoscience among Indian scientists don’t include religion, which is the main reason for this nonsense. Indian scientists know that religion is degrading their fields, but Science magazine won’t be very explicit about it, although you can tell what’s happening by reading between the lines.

Religion poisons everything, they say, and it’s certainly poisoning science in India.